Today we totally re-entered the world of little league baseball.  At the nice and early time of

This year Trevor's coach bought his whole team tickets to the breakfast so we only had to buy them for ourselves (minus Jess of course, 8:00 on a Saturday? and she hates pancakes).

We got there promptly at 8:10 with my wet hair in a pony tail and wearing flip flops. Trevor lined up with his team.

While Scott, Melissa and I got our pancakes and disgusting sausage. I think, like childbirth, the pancake breakfast always sounds like a good plan because you have a whole year to forget that it's really. Not.That.Good.

Eventually the kids came in and ate their pancakes. I decided to get a mamarazzi picture for the scrapbook. 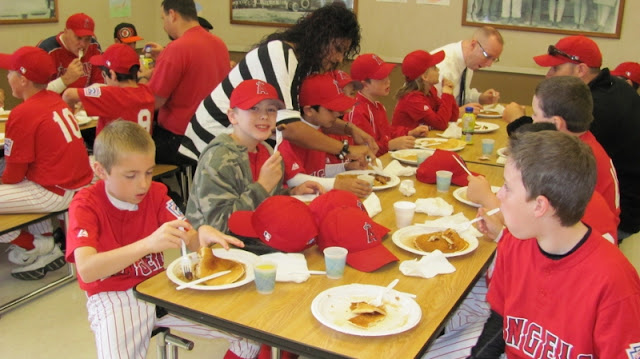 Oh look how nice, my kid is the one actually looking at the camera.

After we got done eating we went outside and sat at a picnic table while we waited for the kids. I knew it was opening day but I was kind of hoping to skip that. I totally missed that opportunity though when they brought the boys out and walked them  in

over to the ball field where we promptly waited for AN HOUR AND A HALF for the opening ceremonies to begin. 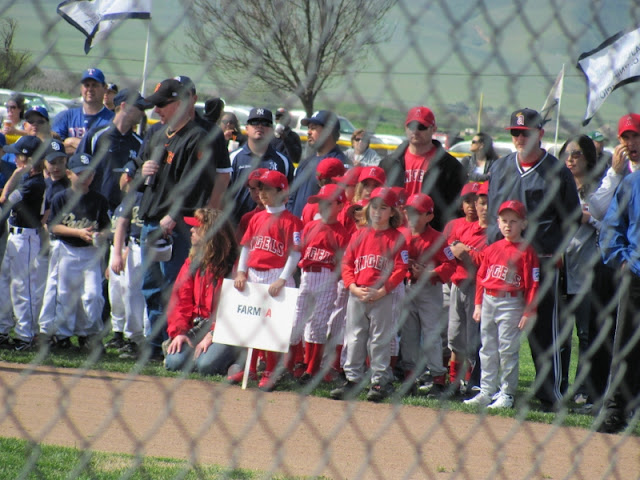 After sitting there that long and through most of the ceremony which just drones on and on and on (seriously if you want to thank tons of people for past service? have a banquet!) we got up and walked around a bit and EVENTUALLY our kid was let loose to join his family again.

I really wanted to go get tires for my car today but we only had 3 hours, which from past experience is NOT enough time to get tires in our town on a weekend.

So we went to Big 5, where I was met with every mother's nightmare. 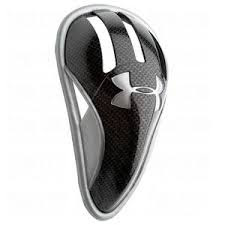 At one point Scott called me over to "help" and I told him I didn't require him to help pick out maxi pads so I thought he could handle it. Seriously.

Eventually he closed his eyes and picked one and we were out of there. With that thingy, a new bat, a decent undershirt, and extra socks for him and Jess. (MUST have for all baseball/softball players!)

We walked down to the food court and had lunch. Then we walked the mall to see what other stores had left the premises. Our mall is looking like a ghost town. I'd guess that at least half the stores are empty now.

After that we drove over to get Scott some new shoes at the Outlet Center. Only to find out that HELLO that store is gone too.

At this point we only had an hour left so we went over to Scott's parents house to hang out. His mom is super excited about baseball/softball season. That's the only time she leaves the house other than the grocery store and bowling once a week. We hadn't told them about today's game since it was at a different school and that was  just a wee bit too confusing for them I thought. I'm sure they will be there for Monday's game though.

Finally, time to drive to the game. We got there and the other team we were playing had the exact same uniforms, just a different team name. Awesome.

Trevor got to play catcher for the first 3 innings (and wear that new cup!) He was so worried about the batters discarded bat every time they got on base. I think by the last batter in the 3rd inning he finally got it that he didn't have to worry about the bat!

He WAS super cute in the catcher's gear though. 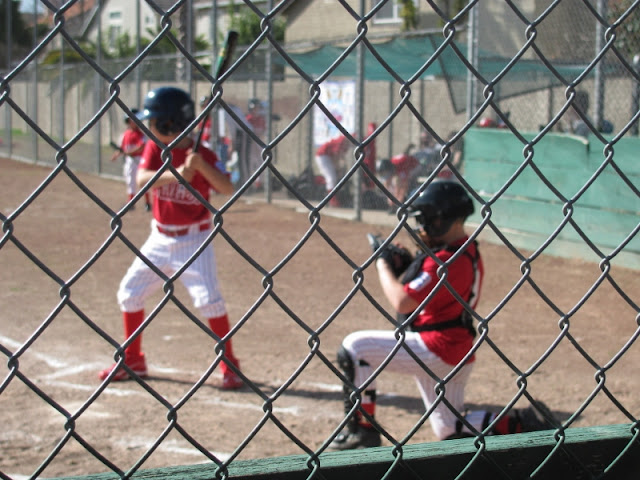 Sadly he didn't break in that new bat very well. (Probably due to the fact that the coach was throwing the balls REALLY fast!) Although he did scrub it clean and dry it when we got home. Pretty cute! 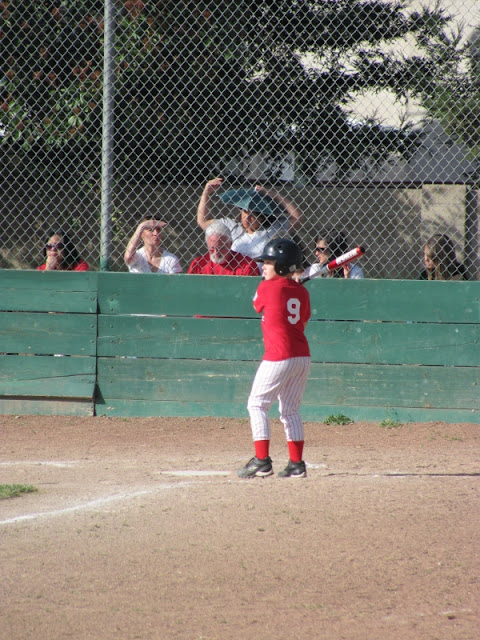 I was kind of wishing I had that lady's stupid hat by this point. The sun was beating on me so much I got up and walked down the field a bit. Which actually made for better "no fence" pictures.
Finally at 5:00 the game was over and we got in the car and drove home. That was one LONG day.
I need to get my act together and get my softball bag going.
Blanket
Sunscreen
Sunglasses
Hat
Sunflower Seeds
Water
Money for Snack Bar
Etc.
Next game is Monday. I'm so excited. Maybe my face will look a bit less lobsterish by then.
Pin It
Posted by Julie H at 9:48 PM

Ok... after reading EVERY WORD of that loooooooong post... I only have one question!
Why do you need SUNFLOWER SEEDS in the bag?