Saturday after the 5k and breakfast we went to the Monterey Bay Aquarium.  Jessica had a free ticket from her school so we just had to pay for Scott and I. It's $35 a person to get in so it's a bit expensive, but worth it to go if you haven't been before. We spent a few hours there. It's changed a bit since the last time I was there when Jessica was in 5th grade. 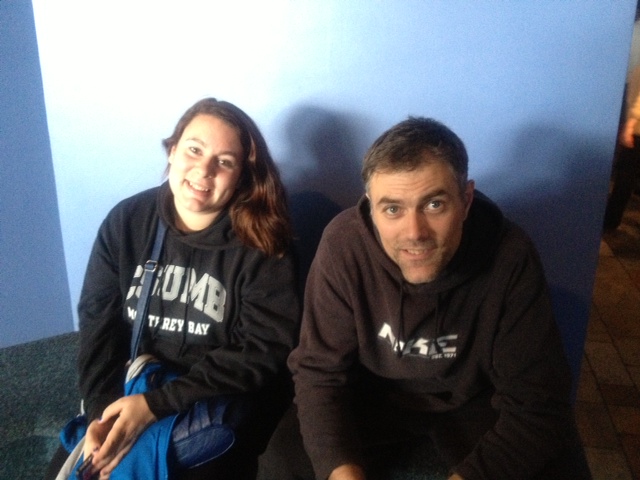 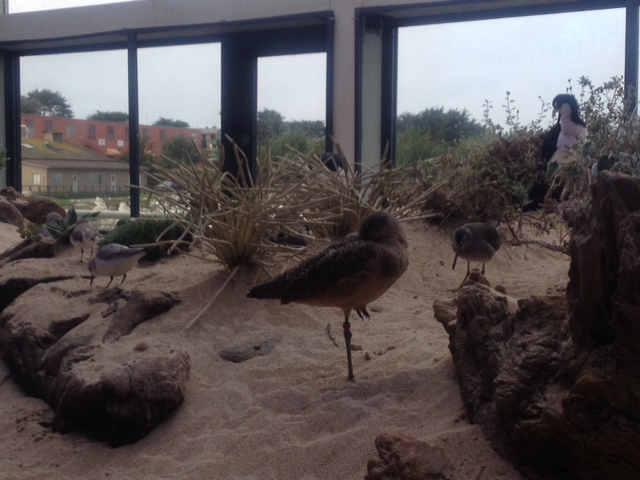 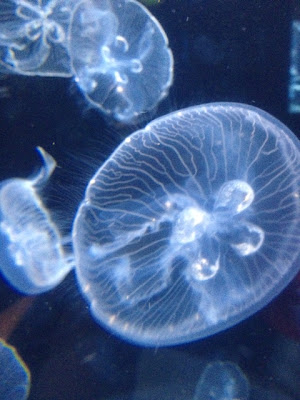 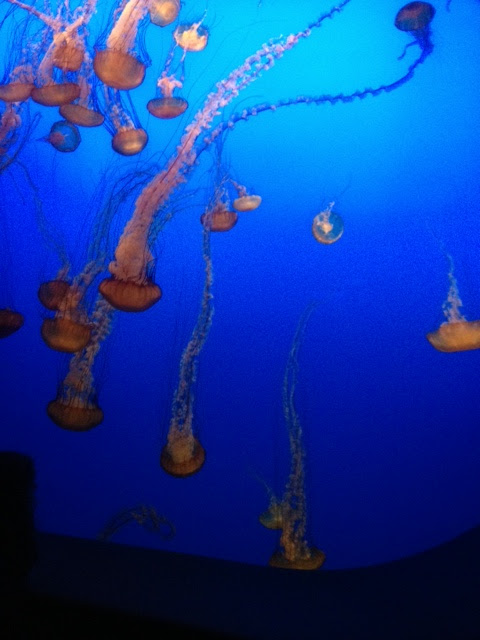 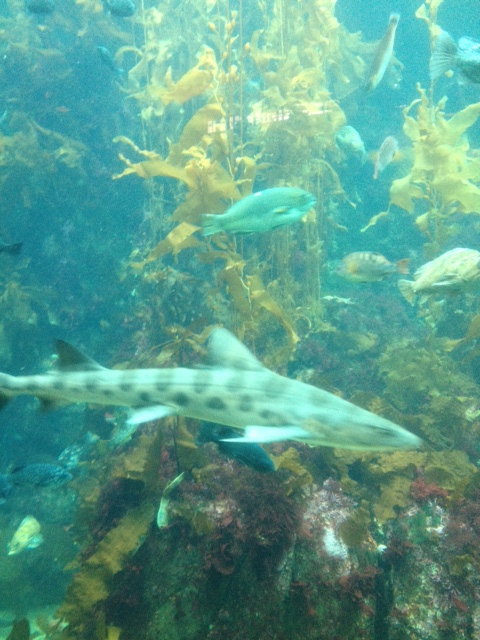 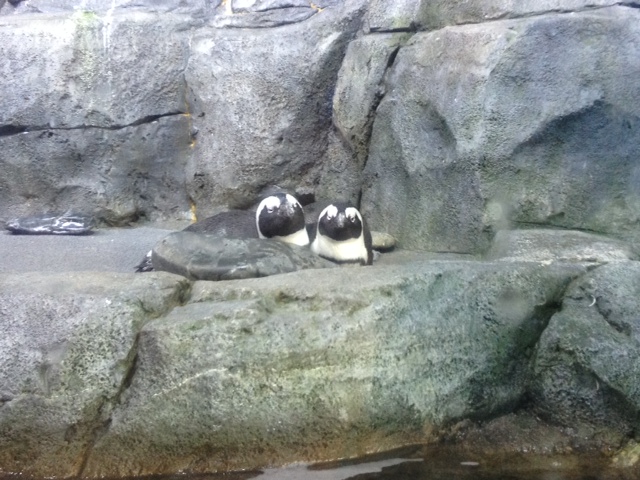 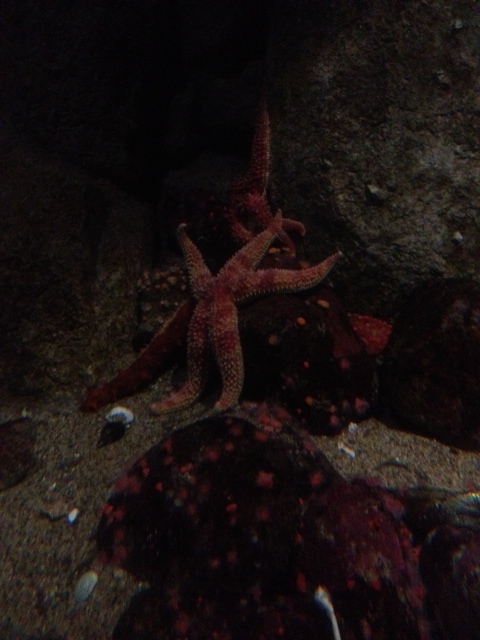 After a few hours I was done (and exhausted). I think I'm good for about 10 more years.

Everyone was hungry but me so we looked for somewhere to eat clam chowder and ended up at Louie Linguini's. I think I've ate there every time I've went to Monterey this year.

Since I wasn't that hungry and I'd been craving cheesecake, I had raspberry cheesecake (and bread and butter, who can resist that?) Everyone else had clam chowder in a bread bowl. 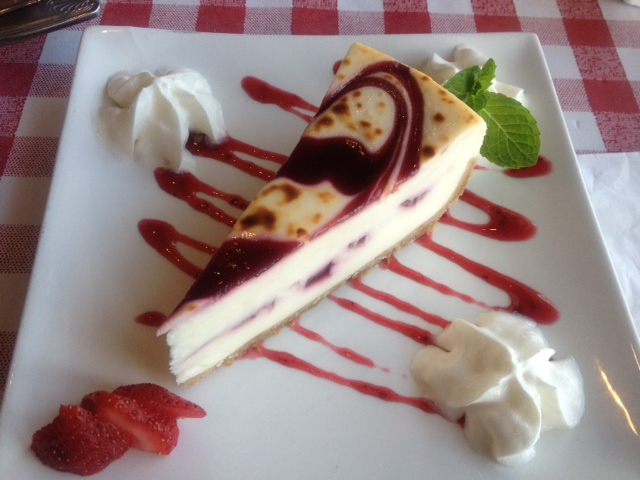 When I got up we went for a ride to find brake pads for my bike. Scott was embarrassed of how crappy my bike was and was trying to clean it up. We ended up going all over and finally found some at REI. I got a travel size foam roller there too.

Hours later I decided we needed to go eat some sushi at a little sushi place across from the hotel so we went over there to check it out. It was called Sushi By The Bay. The building kind of looks like an old Taco Bell (funny how I can spot those everywhere-showing my age!) I liked their place mats with all the different kinds of sushi on them. 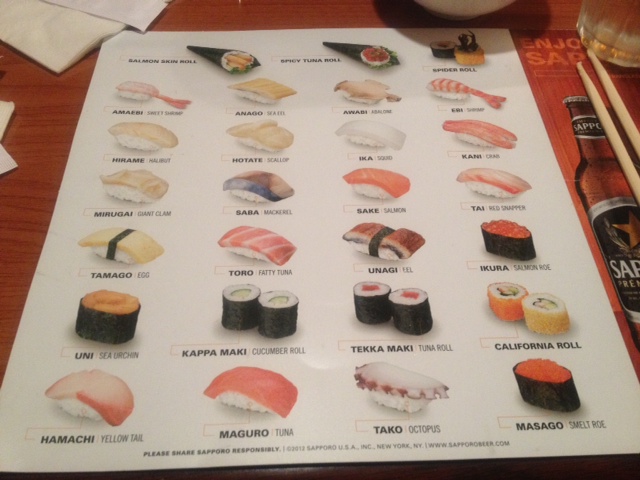 We decided on a Dragon Roll (left) and Spicy Tuna 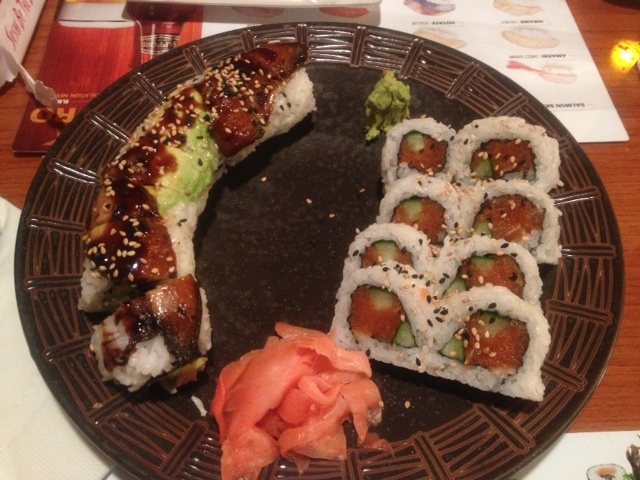 The ginger was pink, which was new. I'm thinking they dye it? Everything was a bit different from Matsu Sushi but still very good. Best thing? $15 for dinner.

We went back to the room and watched TV for a a bit, set the alarm to get up early to go watch the Big Sur Half Marathon in the morning and crashed out.Pin It
Posted by Julie H at 8:00 PM

I effing love zoos and aquariums. LOVE THEM. I also love cheesecake. I don't love sushi. I don't eat anything from the water. Obviously. ;)