Sunday morning we got up and debated on driving or riding our bikes down to the Big Sur Half Marathon. Finally we settled on riding our bikes. It wasn't too far from the hotel (we actually thought it would be farther). We were riding along down a trail and found the starting area where they were already letting blocks of people begin. There were over 9000 people running in the race. THAT is a lot.of.people. 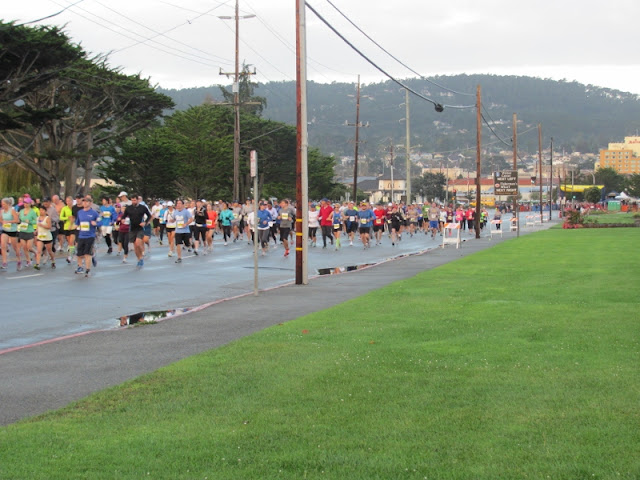 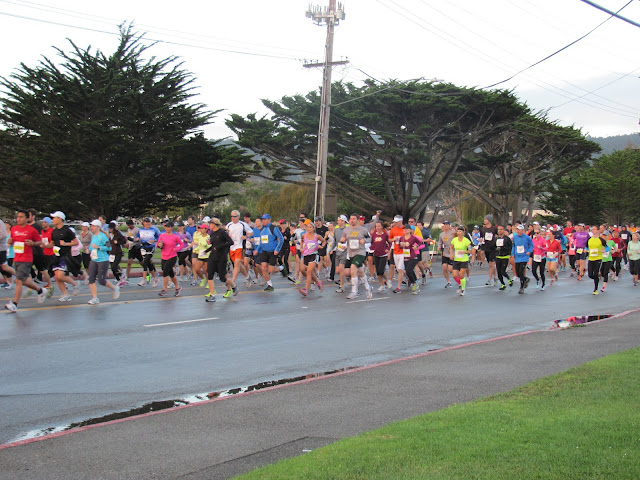 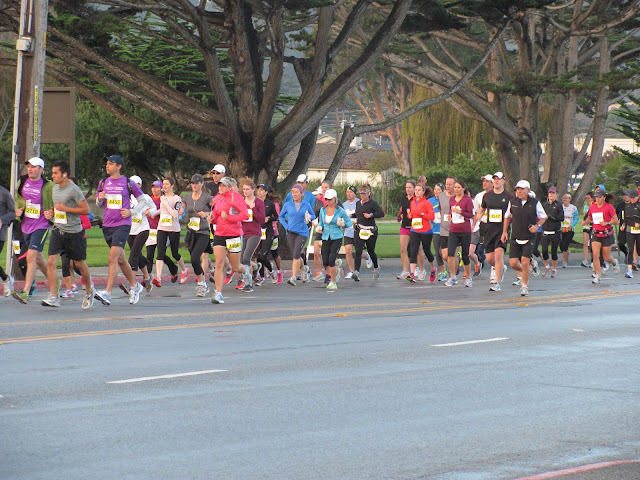 We actually rode off before they all went down the street.

It was so inspiring seeing everyone running. What impressed me the most is that they weren't all fit runners. There was fat people, skinny people, old people, a Marine who carried the flag for the whole race, teams, friends, serious runners, people in costumes, walkers and more!.  Totally amazing! 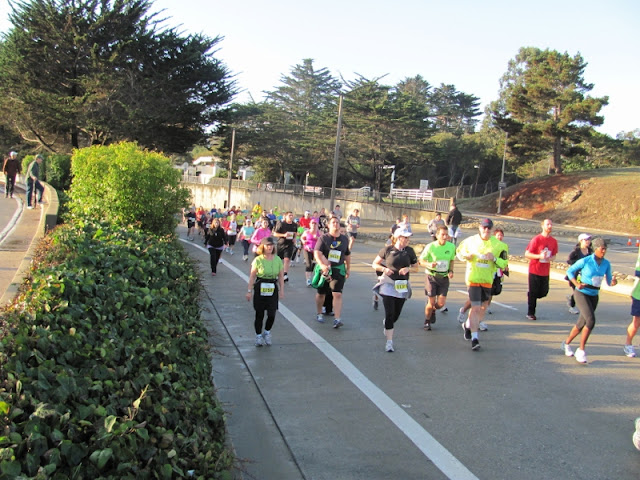 We rode down the trail a bit and followed the runners for awhile. We stopped on the other side of the tunnel that goes towards Cannery Row. There was someone playing bag pipes in the tunnel. Super cool. When the runners came out they were greeted by people cheering. This guy had the best sign. Runners were actually laughing and taking out their cameras to take a picture of it. 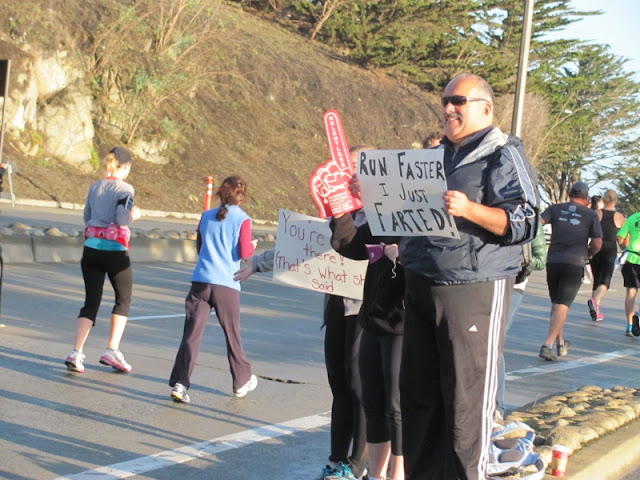 We sat on the little wall and watched for awhile, beautiful view. 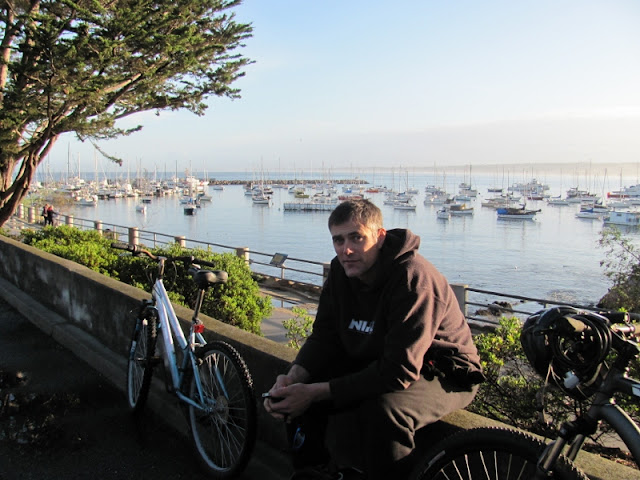 (don't mind the hair, I didn't bother making it nice since it was misty and we were riding bikes) 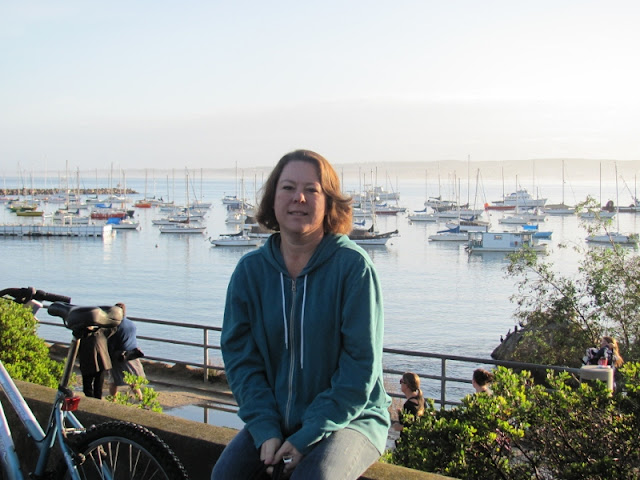 We rode down farther and watched down by the Aquarium and actually saw the race leaders on their way back already. AMAZING.  We rode around a bit and then came back to the little wall and sat there and watched the runners as they made their way to the finish line. I could have stood there until the last one came in. They were so awesome!!

Even some seals came out to watch. (it's sitting on that rock) 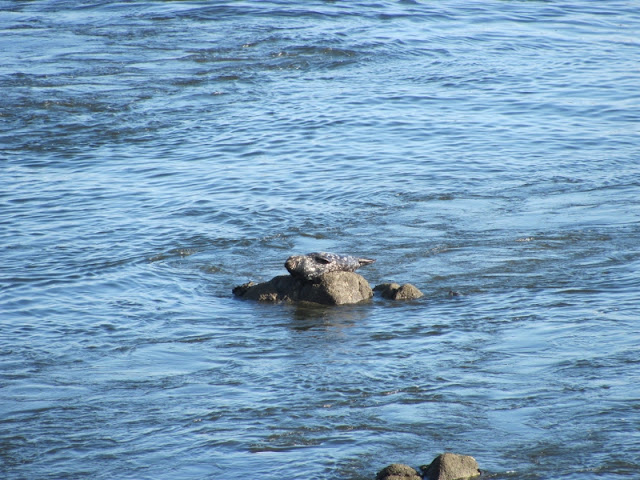 We knew there were trails all over but we got turned around and ended up going the wrong direction up some GINORMOUS hills. Eventually we got to the trail by the bay. Talk about some amazing views. 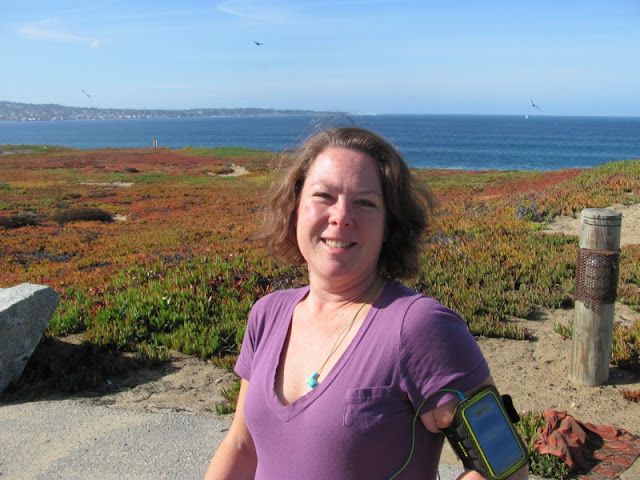 I never did use my phone or head phones, I could have left them in my bag. Scott used Mapmyride so we would know how far we went. 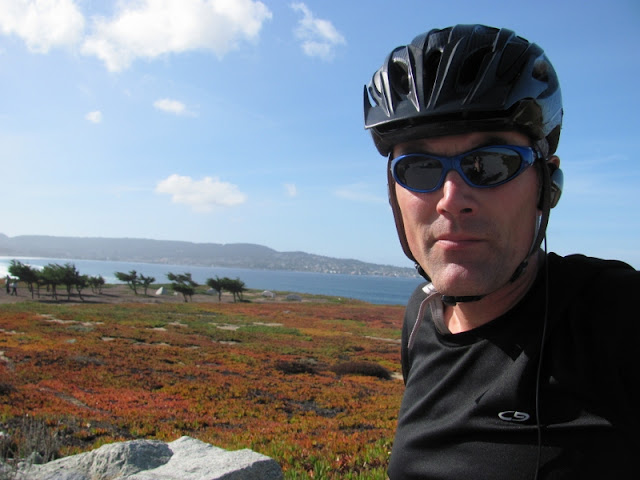 He looks way more official than I do. I don't even have a helmet. I will definitely be getting one before we do this again though.

We rode all the way from Jessica's school to Cannery Row and back (plus some because we couldn't get across the highway and had to go back a bit).

Here's a map from the website although we didn't do the whole thing. 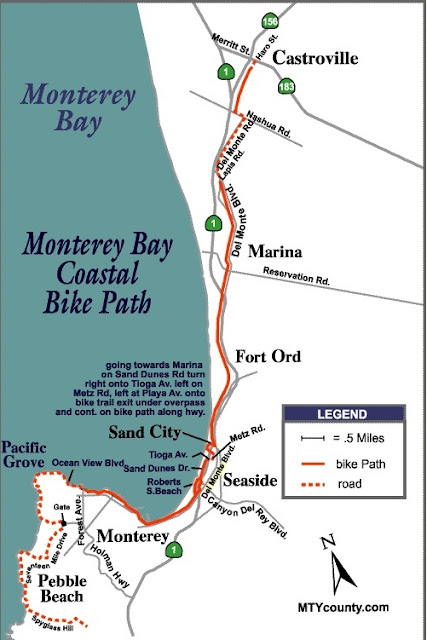 We did however manage to bike 21.6 miles, which is the most I have EVER biked. 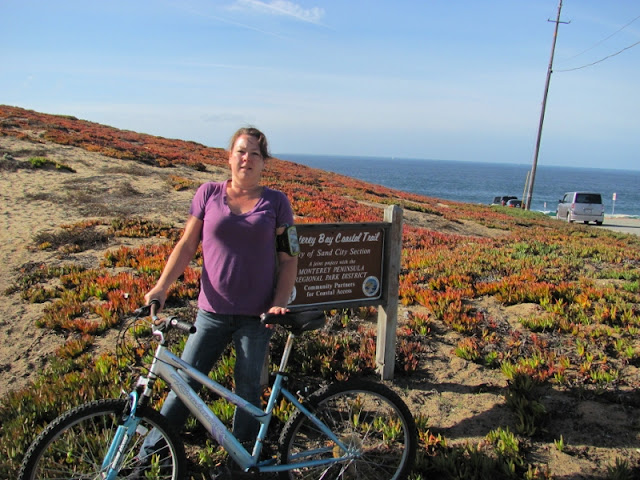 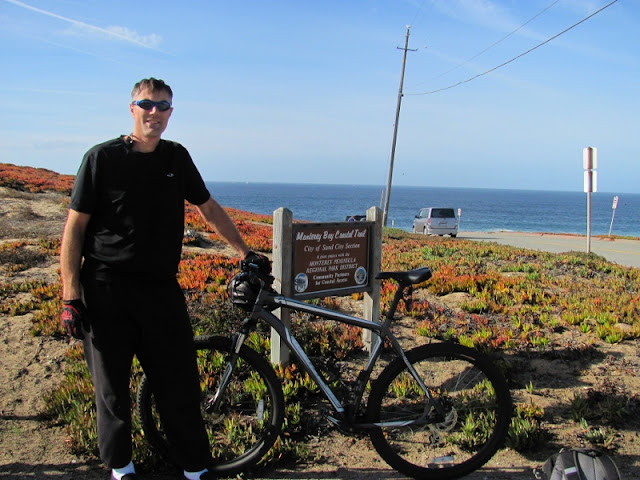 and it was freaking awesome. 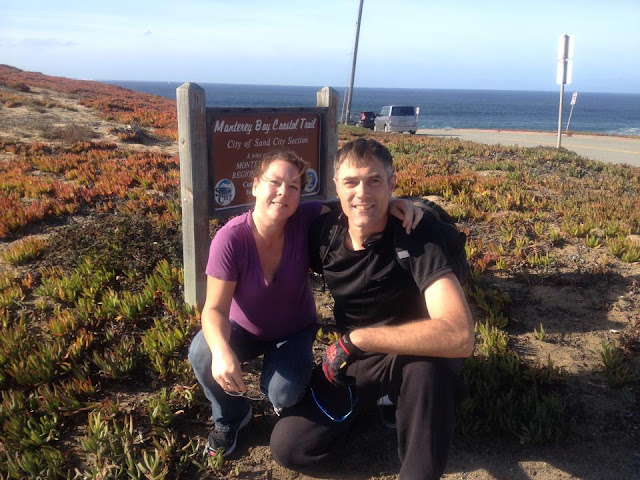 I can't wait to do it again!

Look at you young lovebirds. I want whatever fountain of youth you are using piped over here. You both are so awesome, amazing, & inspiring!!!

Absolutely gorgeous view! Congrats on the 21 miles! Isn't amazing that fitness can actually be fun! How did your rump feel after all that riding? ~ Jen J.

That's a very long bike ride! Love the pictures of the views!