I think I need a weekend to recover from my weekend!

Friday night I went somewhere to work on a project that I can't post about on here yet because it's a surprise for someone and I can't take the chance that they will see it.

Saturday we got up nice and early to go do our eight mile half marathon training run. This is the longest run I've done since my half marathon back in May, and Scott had never ran that far ever. We left the house around 6:30 and made a loose plan about where we were going to run. We started off running together and chatting which was really nice. We decided we'd mix it up a bit and run partially in the neighborhood (we joke and call it the compound) and partially outside on the country roads. We did a little over 2 miles then went out on one of the main roads. We quickly decided that there was too much traffic (big hay trucks driving down the road are kind of scary) and that when we got to 3 miles we'd turn around and head back out and around the outside of the "compound" and then back in the main road and finish inside. So that is what we did and after we got inside I lost him somewhere so I just ran my own thing.  I had kept off my audio cues, except for miles. I was pleasantly surprised at my overall average when I was done.

My shadow when I was running the last mile was super long! It was weird running with it. Of course my shadow like that always makes me think of Peter Pan haha. 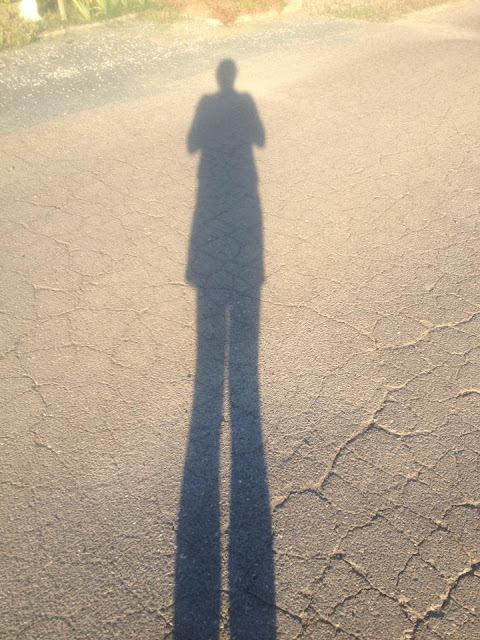 Scott got home just a little after me and said he ran the whole thing too. I'm so proud of him!! He's come a long way from the days when I used to try to get him to go for a walk with me and he wouldn't even do that.

After our run Scott made us a big breakfast and then we went to my niece Adrian's 4th birthday party. How is it possible that she is four already??  I swear these kids are  just growing so fast.

This how my three kids sit in the back of my car (Jess came home for the party). 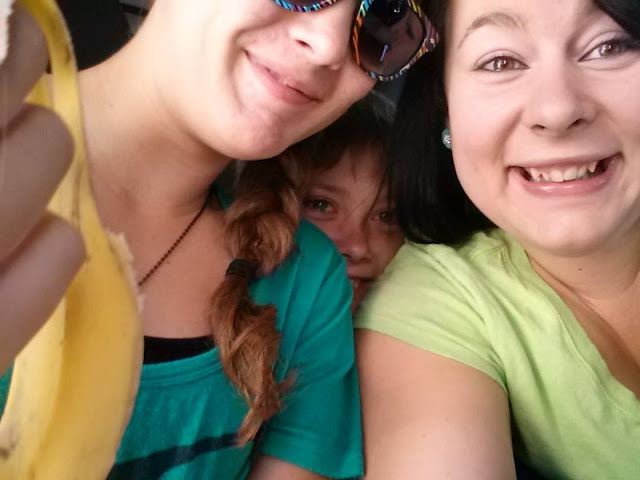 Kidding kidding  but it is a bit squishy with 5 of us in the HHR. That hardly ever happens though.

Her birthday party was at Oak Grove Regional Park. It's so pretty there. I used to go there when I was a kid and I remember camping there once with Girl Scouts. They also used to have the Asparagus Festival there before they took it downtown (which ew they should have kept it there). They rented a covered area for the day and her party was "artist" themed. It was really cute! 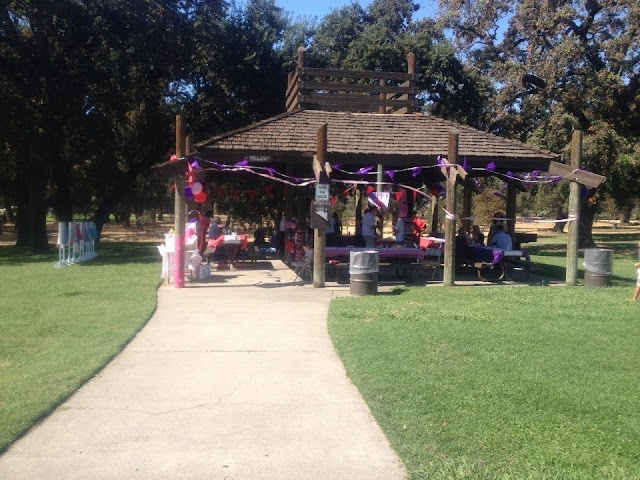 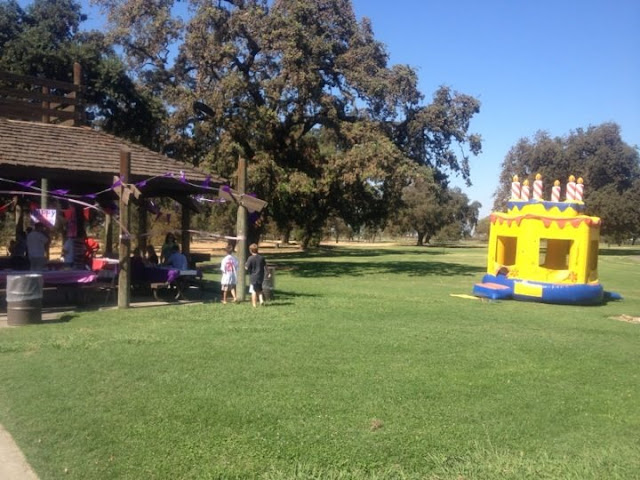 My dad made these cute easels out of scrap wood they had (and my mom painted them). 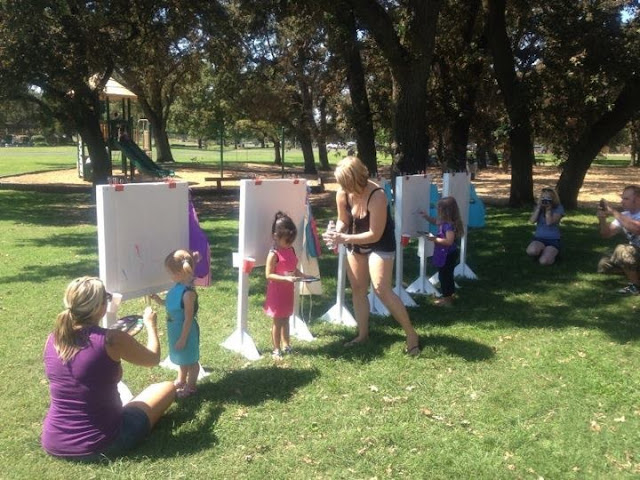 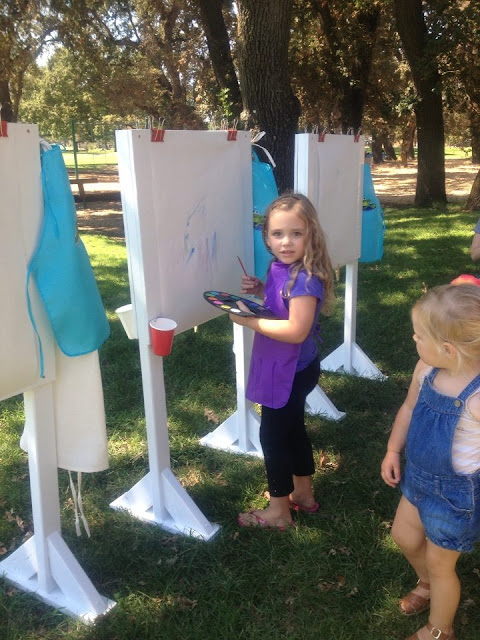 ahhh she's so grown up. Kills me! 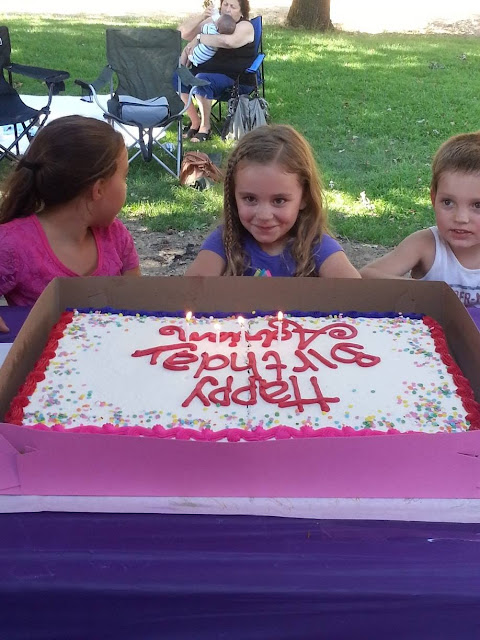 My cousin Al surprised us by showing up with his wife and baby! Little Evelynn is SUCH A DOLL. Such a happy baby and she liked me!!  Probably because she was born on my birthday haha. My cousin is in the Air Force and they are getting transferred to Missouri. The next time I see her she'll probably be 10. One more reason why I love Facebook, at least I can watch her grow that way. 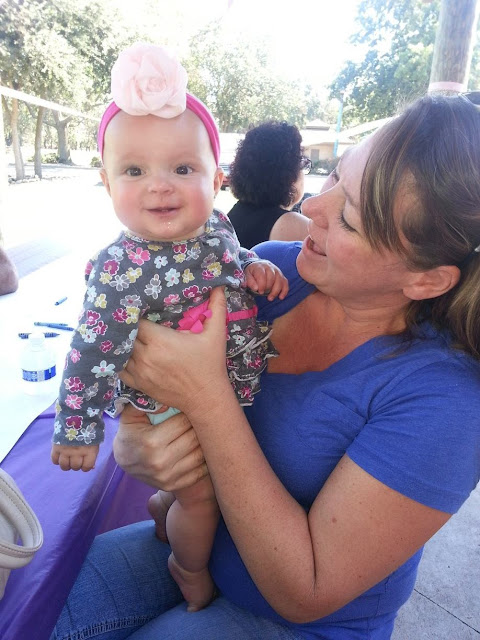 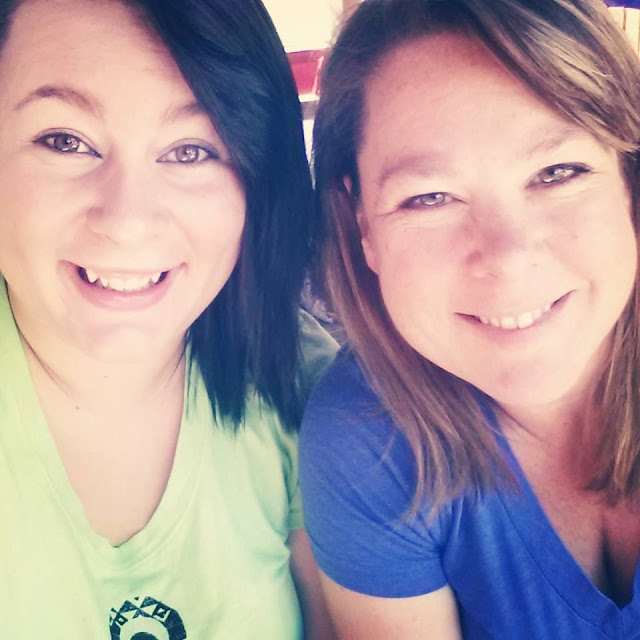 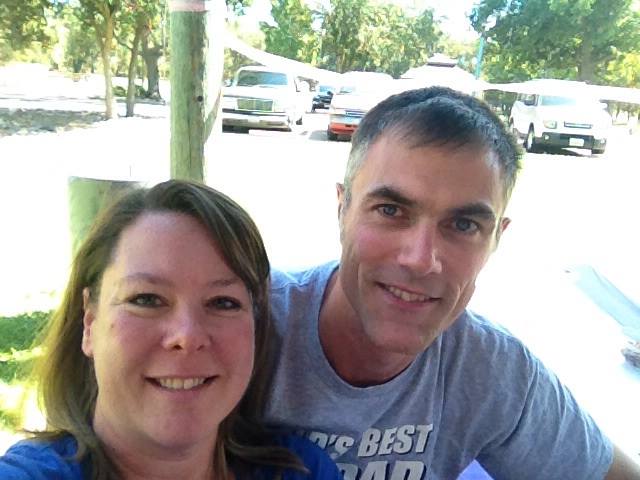 Miss Ava digging in to her cake! 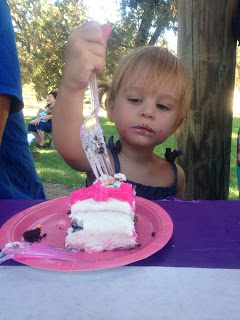 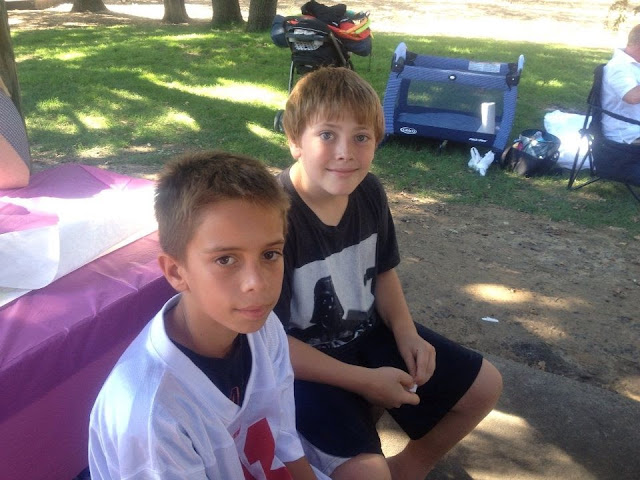 We had a nice day visiting with everyone and Trevor went home with Tony to spend the night. We ame home and laid around and watched TV for the rest of the night.

This morning Scott and I went out and rode 50 miles on our bikes. We stayed pretty close to home so we did a lot of winding around the country roads. My Runkeeper paused and didn't restart 2 times so I lost a bunch of miles on it. Here is Scott's (I took of the calories since he burned like 1000 more than me) 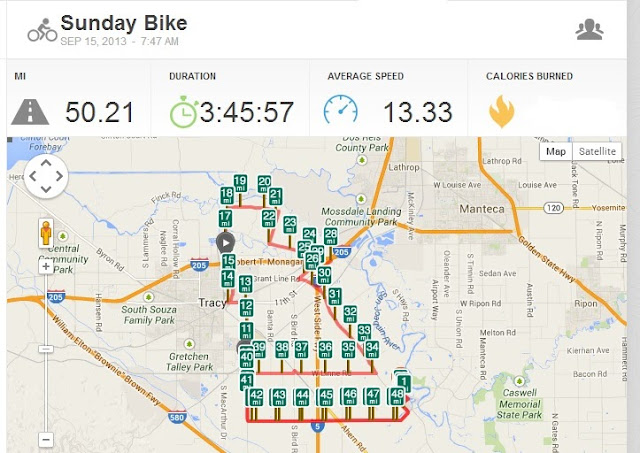 Crazy!! Next weekend is the big bike ride (see side bar) and we will ride 12 more miles. It's all flat and roads I've traveled on before (mostly for work) so I'm pretty familiar with the area. I am feeling pretty confident now that I can do the ride without crying too much haha. I think I'm going to pack some Biofreeze with me. The tops of my legs were really burning on the last ten miles of the ride today. I came home and lathered them up and they felt a bit quite a bit better.

Now I just want to lay on the couch and drink some milk shakes and eat cheeseburgers. Instead I guess I'll make the pork chops I have thawed out and wash some dishes.
Pin It
Posted by Julie H at 4:46 PM

That is an exhausting weekend!!!! Mine was packed full but yours was workout intense!!!! Go you! You amaze me more and more with every passing weekend!!!!

You and your daughter look like sisters in that picture!