I've actually been to the Plant Materials Center a few times. It's in Lockeford, which isn't too far away from where we live and my friend actually lived there when I was in school. I used to spend the night at her house on school nights even and then drive to school from there (well actually she was in Clements which is just on the other side of Lockeford).

Before when I went we were talking about hedgerows but this time it was more about cover crops. The idea is that if you have a cover crop it puts more nutrients into the soil and helps with erosion.The blonde lady runs the PMC and has an accent that I think is British but I could be wrong.. 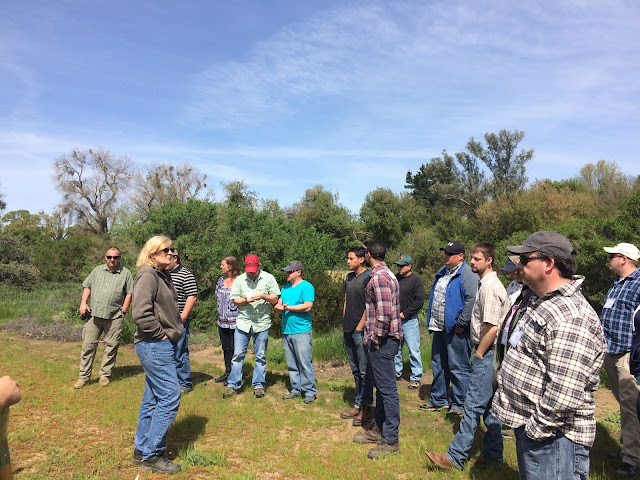 Everyone is like oh this place is cool and I'm like ahhh look at all the flowers... 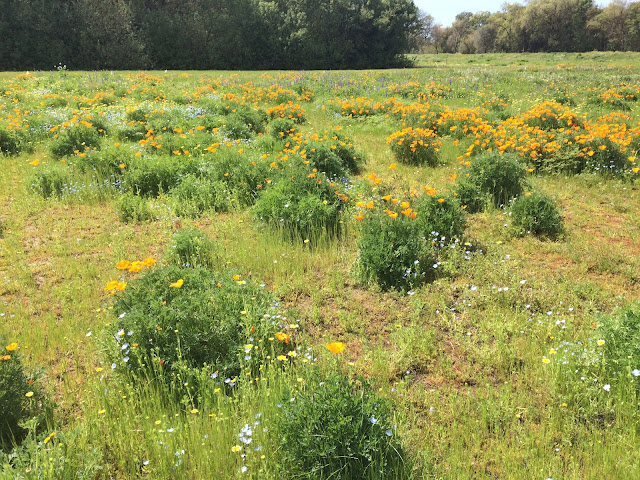 These were seed mixes they were trying to see how they would work in orchards between the trees. No one brought it up but later I was thinking that when they are in an orchard they will be in the shade so I doubt they would grow as well. 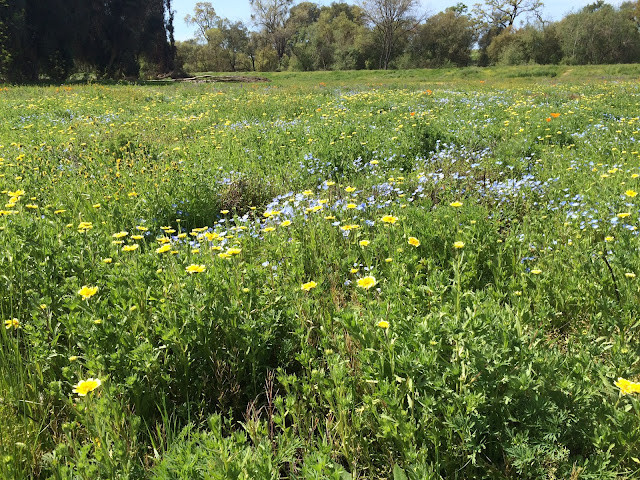 Then we walked through fields of other cover crops. I kind of felt like Laura Ingalls minus the hill, running through the tall grass. 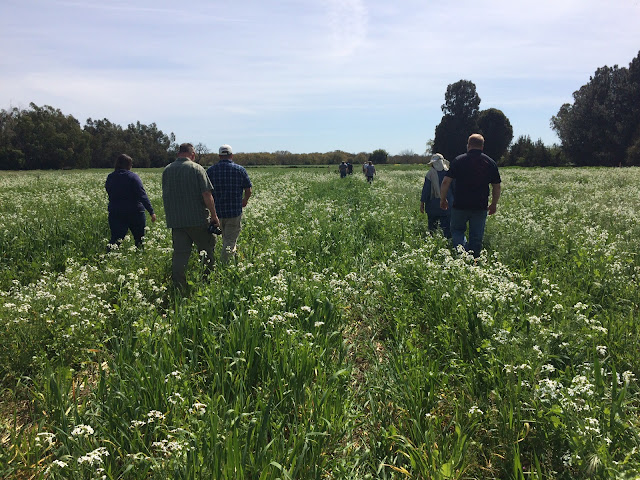 Then they had the same type of stuff but separated out 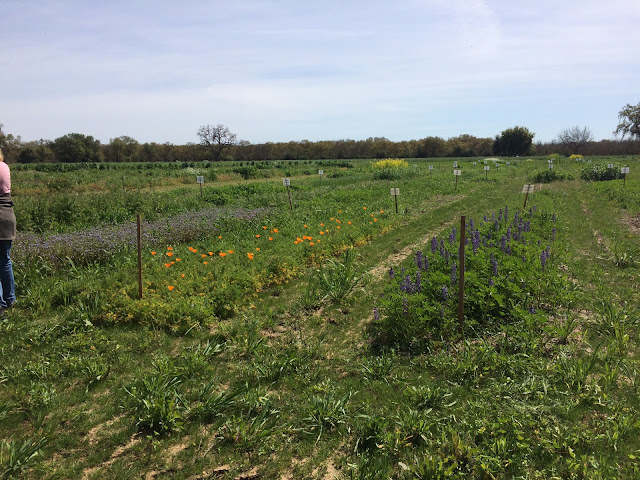 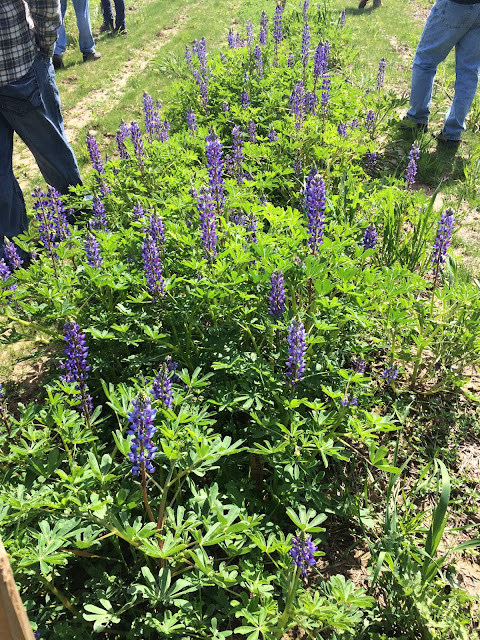 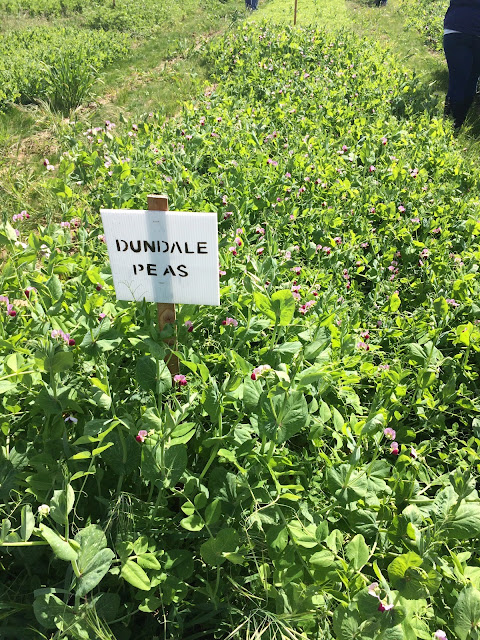 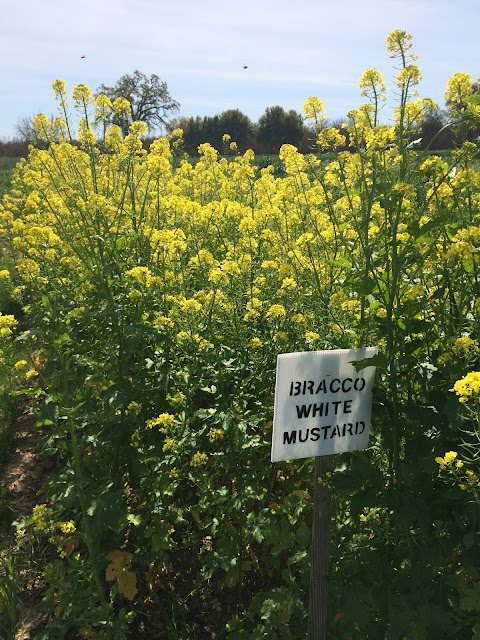 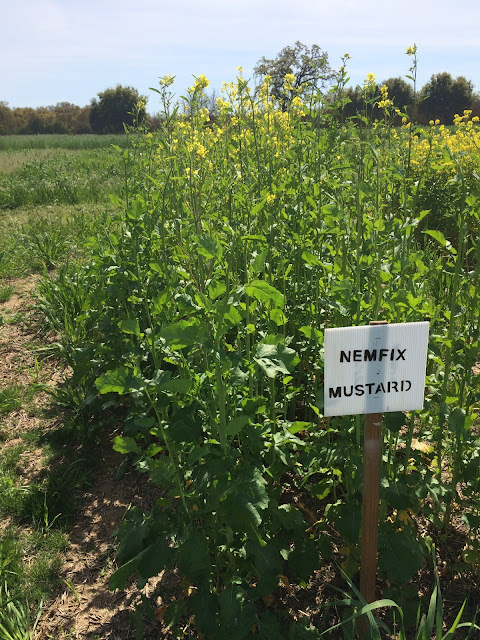 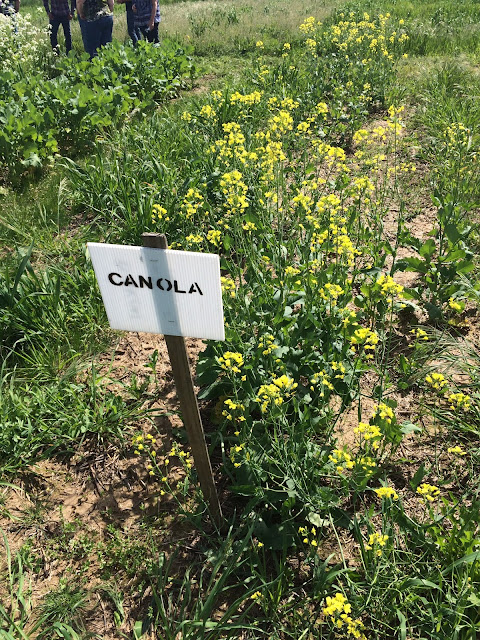 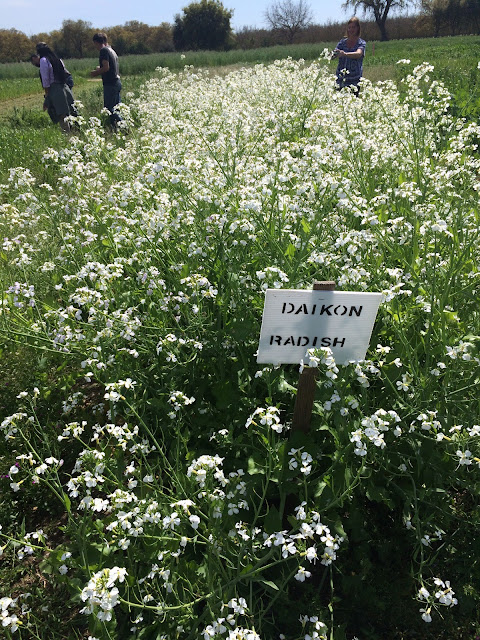 We also got to go into look at the seed storage vault (I passed) and in the same building is the huge seed separator which I think is pretty amazing and I'd totally like to see it run sometime! 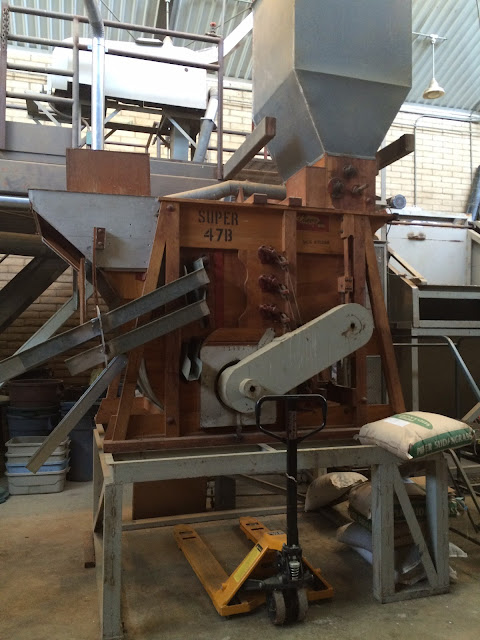 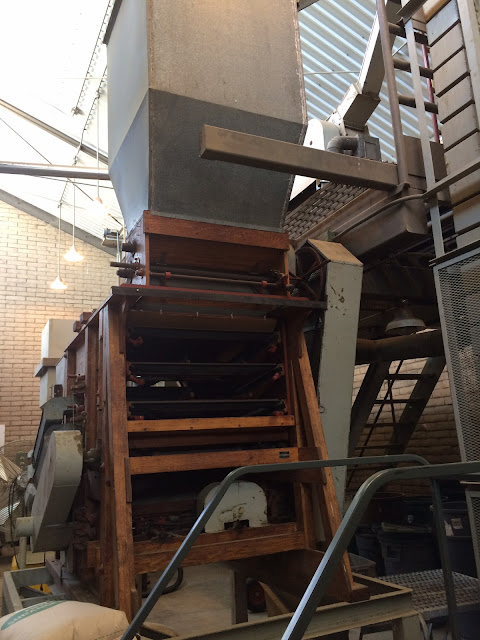 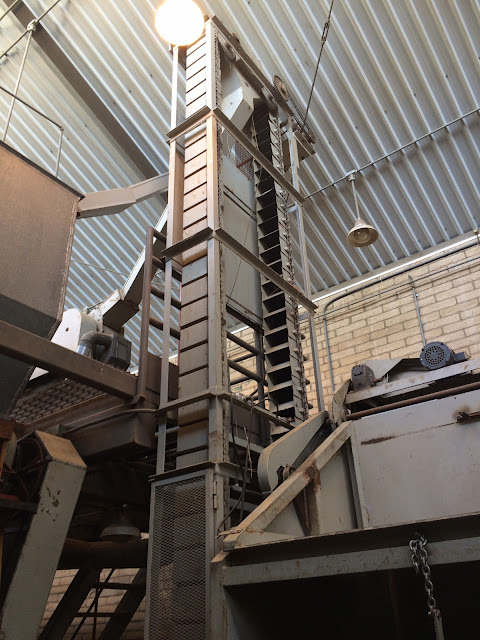 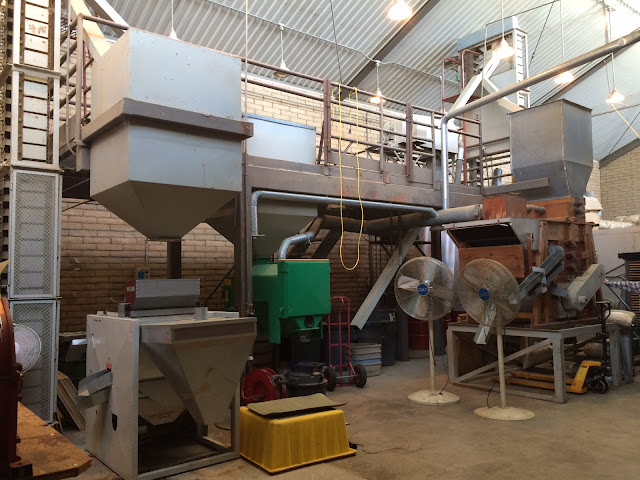 After what was like hours there we finally were done with our field trips! One of the instructors was like do you want to go somewhere to buy souvenirs? People were like oh yeah cool. They then drive us this really long ass backwards way to LODI (which is where I went to high school) to this little tiny winery gift shop that has NO souvenirs lol. I don't know what the hell he was thinking. Obviously I bought nothing.

Then we drove all the way back to Davis and were free for the evening. We ended up going back to Broderick's for dinner. Justin, my co-worker that went with me missed out on it the first night. We had a big group again but this time no one gave us shit about separate checks. I got this burger that I can't remember what it was called but it made the gluten free bun so soggy I just took the bun off. 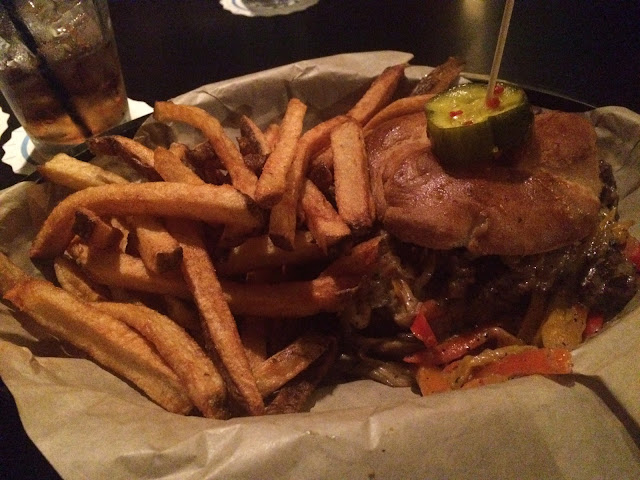 After dinner we went and got some more beverages 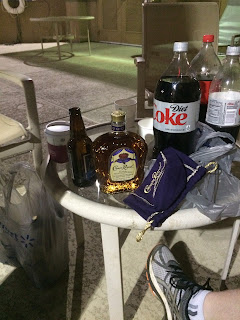 and then hung out pool side. At one point I went to find a bathroom and discovered how this hotel really wants to help out a girl. 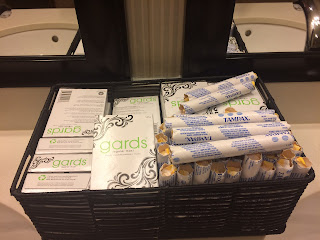 Wow! All that in the women's bathroom!

The next day we got up, had a quick breakfast and then checked out. We went back to the classroom for a bit and then we were FREE! We stopped in Old Sac for lunch and went to Fat City. I caved and ate a real bun, although really it didn't taste any better than the gluten free ones I had. 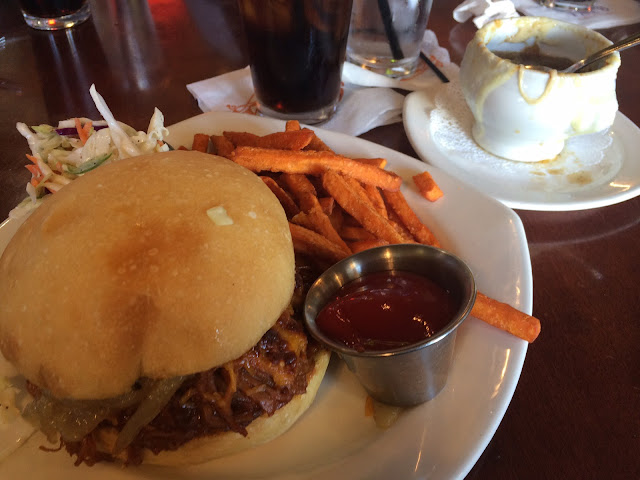 I just love this place, it's so beautiful! So much to look at. 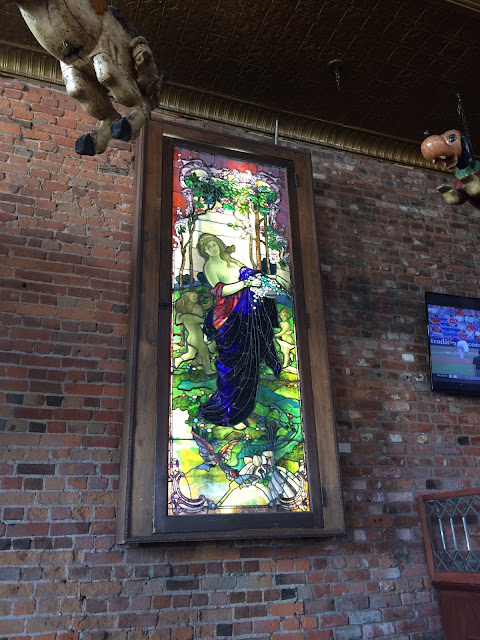 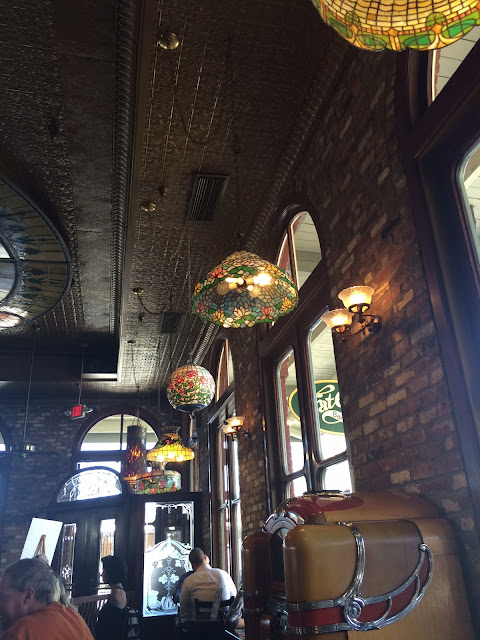 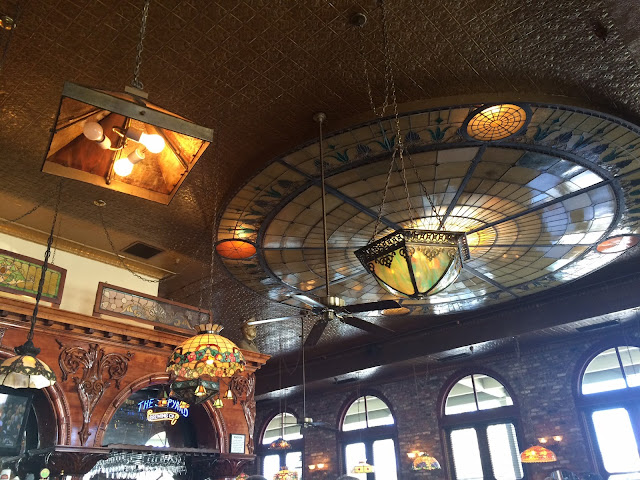 After lunch we walked around a bit and then it was finally time to go home. What a long week it was! I was more than ready to come home and be with my family (although I didn't miss the homework!)
Pin It
Posted by Julie H at 5:00 AM

gee I think I'm going to make a field trip for myself. I'm self employed and I think a field trip to the mall or winery is needed for my job. For my sanity. For both.
Wanna come?