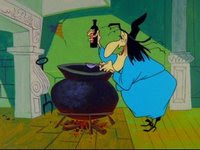 God I hate this time of month. I feel like crap and wish the old hag would just show up so I can go on with my day! I feel like a meanie and want to just go cry in a book somewhere. Probably doesn't help that I have the big layoff coming up too. :sigh:

So let's see yesterday after I got done bitching I took Melissa to her softball game. Of course she didn't want to go and was whining and complaining about going. We were just inside of the city limits when a few big rain drops hit the windsheild. I was thinking it's ok, I'll drive back home if it starts to rain!! But no, it didn't. It was cold and I only had 2 layers of long sleeves on. HELLO, we're in freaking California??? Mother Nature are you listening?? Usually by this time of year we've been swimming a couple of times and have retired all closed toed shoes and long pants and sleeves to the back of the closet. It's just not FAIR lol. Of course it could be worse and we could be living somewhere that is still having blizzards but if I liked snow I'd live where it snowed you know??

Anyhow back to softball. So got to the game and Scott's parents got there right after we did. Trevor brought his little scooter and Tony came with us too. Had a pretty nice time visiting with his mom and dad. I was slightly annoyed though that when Scott got there he walked right past us and went straight to the dug out. Would have been nice if he would have just stopped for a sec and said "hey" and gave me a little smootch or something. Guess I should be used to not getting that by now (uh oh pms witch is coming out again).

So Trevor and Tony were playing with some boys. One is the big tattle tell boy that he was playing with one other day and don't remember the other boy but of course Trevor wasn't getting along with them that great. I looked over and everyone was on one side and Trevor was on the other so I told him to go play away from them. So after a couple of reminders he went and rode around on his scooter. I asked Tony to play with Trevor too and he did, which was nice. Anyhow, think the girls didn't win their softball game, hard for me to keep track with the younger girls, but they appeared to be getting whooped lol.

Went home and put my jammies on and climbed into bed and attempted to read. Think I only got a few pages in before I conked out! Hopefully today will be a better day!Pin It
Posted by Julie H at 8:07 AM

The first thing on the blog, about your time of the month, jeezzeeee.

Im kinda blogging from Germany. Im not taking my kids, so not alot to write about. Well, there is always the chance my brother will do something stupid and I can tell the world about it!
I'll use that time to write childhood memories...that dawg my brother.

Reading knocks me out too!

Hope you're having a good day and mother nature snaps out of her mood lately!