Monday we had beach day!

We went to the Ehrman Mansion, which is part of the park system. You can get in free if you are camping in the park.

I have some pictures here from 2008. Hard to believe it's been that long since we were there.

Trevor was the first one in. The water was super cold. 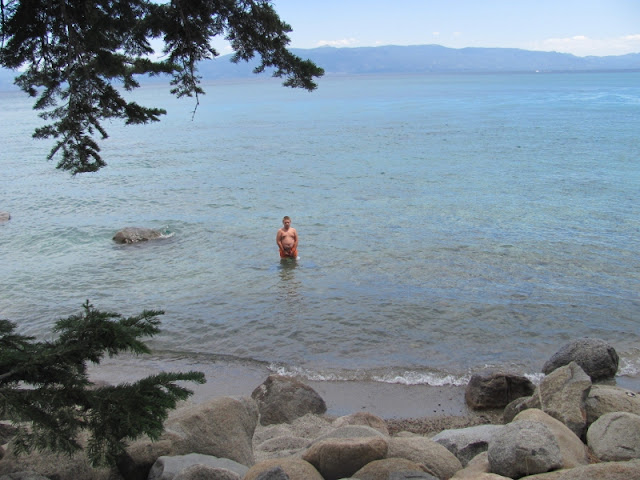 The dock was damaged and closed. The big girls were really sad that they couldn't jump off the dock. 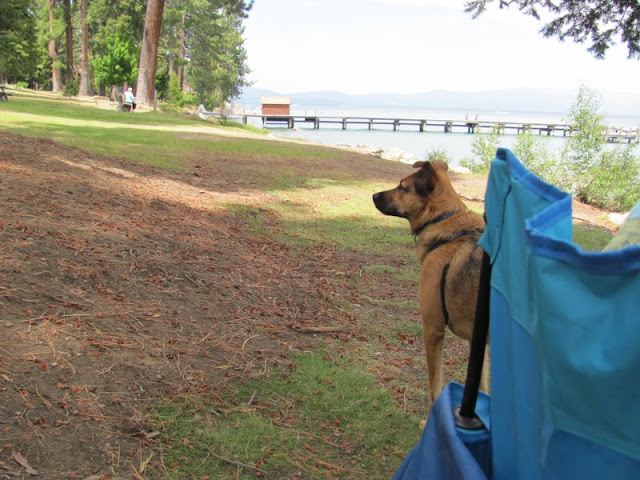 Jess and Chloe came out in the same outfits. Isn't that funny? Totally unplanned but I guess they decided to just go with it. 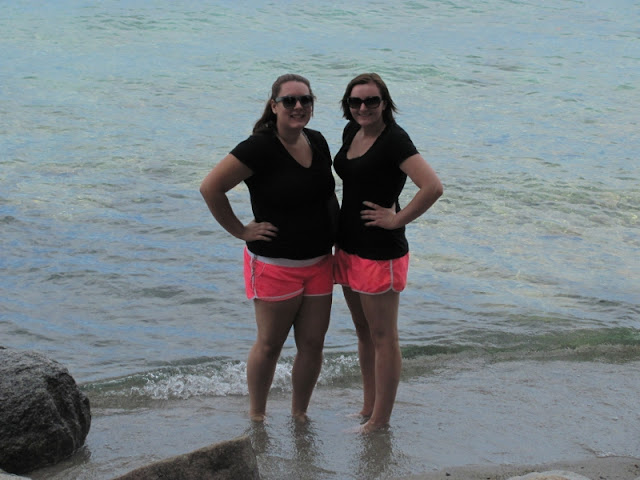 Someone tossed this chipmunk part of an Oreo. I may or may not have ate a few myself. Aren't they freaking cute? There are tons of them there. 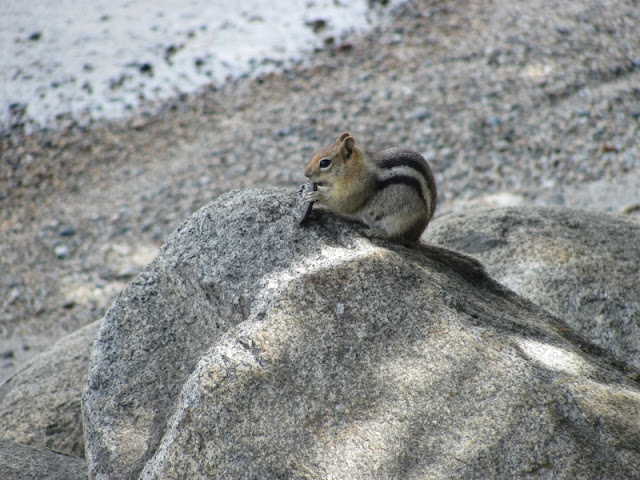 Scott and I were freezing. Must mean that we don't have much body fat. HA! Rusty did really well for all the people that were there. He's a bit skittish sometimes. I did have to stop a small boy from going over to pet him since he does try to nip sometimes. Plus, hello! Keep track of your little kids and don't allow them to run over to strange dogs! 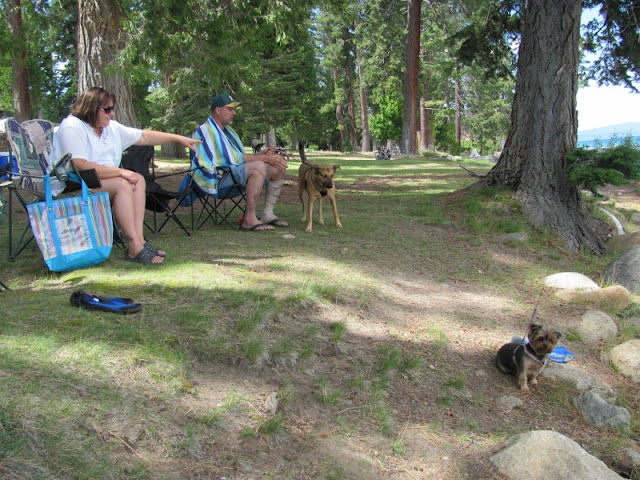 Sophie spent the entire time we were there in "I'm going to pounce" mode. She really wanted a chipmunk! 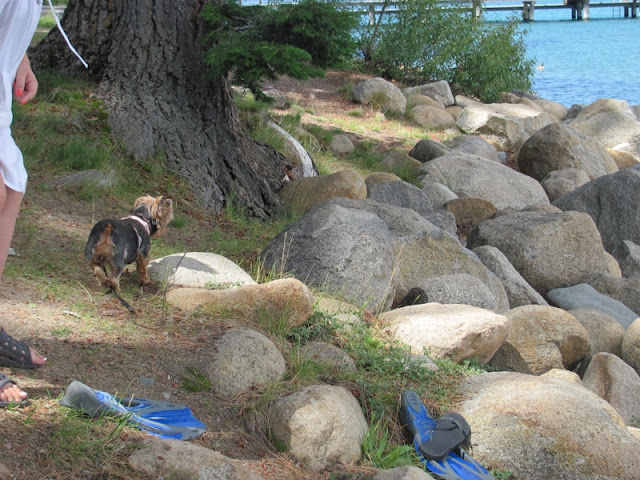 The "little' not so little anymore, girls got in the water too. I think I have some mermaid type pictures of them on this rock from before. 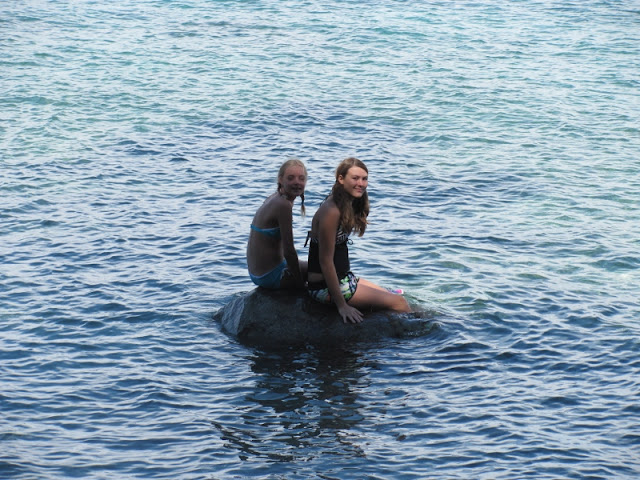 The big girls sunned themselves on top of a big concrete wall thing. I'd probably be in trouble if I posted that picture.

Scott and I ended up laying on the grass in the sun. I got a bit sun burnt but that sun felt so good! It was so cold for most of the time we were in Tahoe.

On the way out the kids found a friendly lizard. 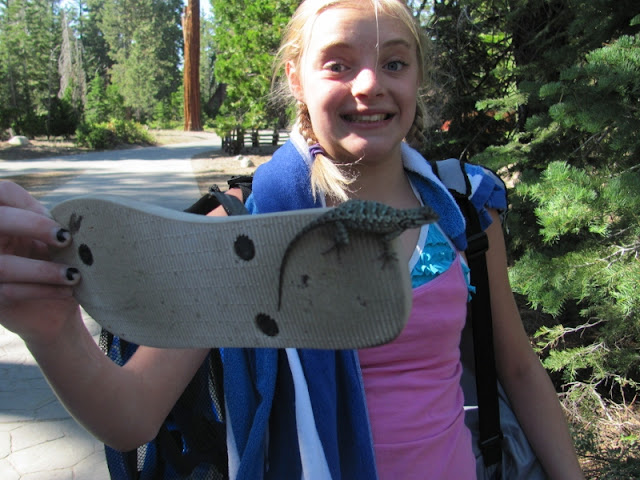 They gave it a name but I don't remember what it was. Then they let it go. 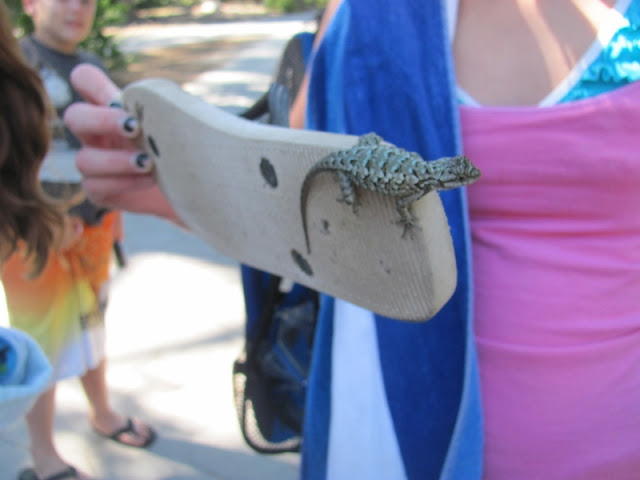 Sophie rides on the console in my friend's car. That's her "seat". Too dang cute! She was super tired from all that chipmunk hunting. 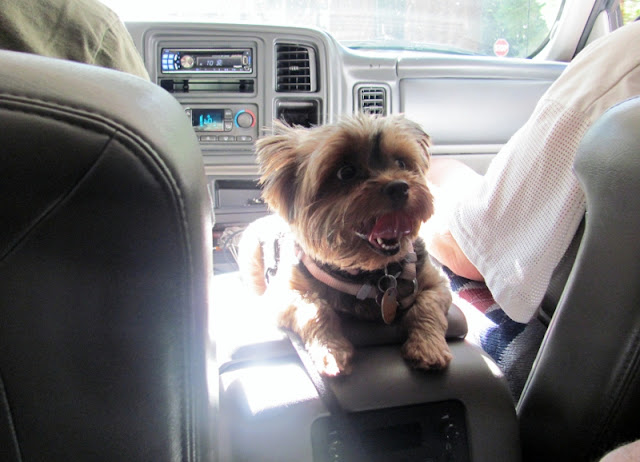 Looks cold!
We don't have any cute little animals like chipmunks here in New Zealand.
Sophie is super cute.