Back To School Round 1

Totally just stuffed myself with a big ol' hamburger and french fries. It had avocado on it so it was totally healthy though. And ketchup on the fries. That's like another serving of vegetables right?

In my defense I just went school shopping again. This time for Trevor. We got him some new clothes and shoes and then school supplies for all three of them. CHA CHING! Don't have to worry about having any extra money. Yeah that was a fluke for sure (and like 10 things broke after I said I had extra money even though I knocked on wood WTH).

UGH Scott's yelling at the tv coaching the baseball game. Too bad they CAN'T HEAR YOU!! Totally making me lose my train of thought. Where was I?

Oh yes, so now we are poor and Target has all my money. 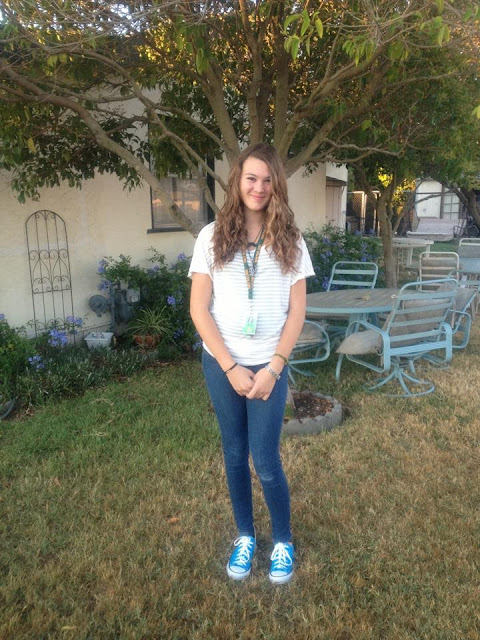 I took her down to the bus stop in the morning and after the bus picked her up my battery in my car wouldn't start. NICE! At least it was after she drove off so I didn't embarrass her. One of my neighbor's came over and gave me a jump so I wasn't stranded too long. Nice you can put out a distress call on Facebook and someone will come save you haha. So note to self, don't listen to the radio without the car on because my car has something wrong with it and then I won't be able to start my car. (I had the battery tested before and it was fine, go figure)

She came home from school. pretty happy and said that she made some new friends. She also ate lunch with BOYS! But she said they were short and nerdy so I guess that means they are ok? Not so sure about that.

Today I offered to pick her up from school and she said that it was ok, she wanted to take the bus so I guess she's making some good friends. YEAH!

Yesterday I took Trevor to get a hair cut. His hair is kind of long right now and he likes it like that so we just got it trimmed up a bit. 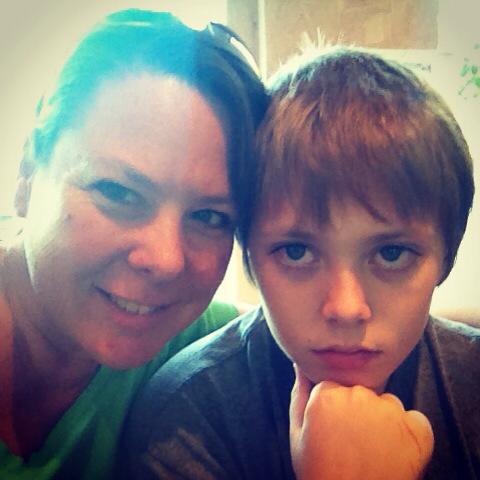 This is before. He's so funny, acting all serious. He's such a cutie if I do say so myself. Those big ol' eyes!

So tomorrow is his first day of 5th grade. I hope he does well this year. Last year was a little rough. Lots of mom helping with homework. Gone is my summer off! Tonight is all about getting ready for school and then it will be back to a schedule. 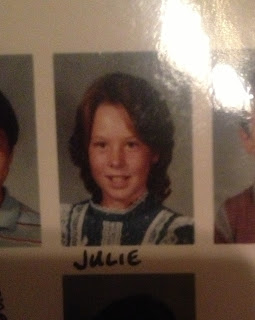 Here's a parting gift of me in 5th grade. yes my mom totally did my hair.Pin It
Posted by Julie H at 8:23 PM

Awesome! Can totally relate to everything breaking after spending your "extra" money. But, somehow everything ends up working out.