Well this has been a fun weekend! Friday night some friends and I (and Scott) went to Crocodiles to do some dancing. Well first after work I went in search for something new to wear. I got this cute shirt at Burlington Coat Factory. I was on my way to Ross and started to drive past it and decided to go there. They sure have some cute stuff there for not much money! 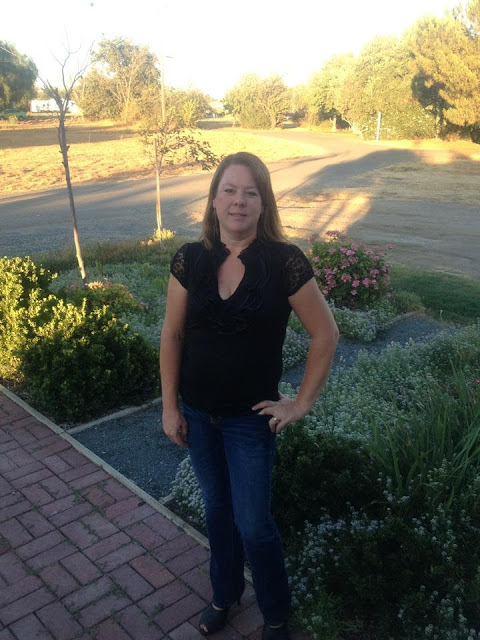 I made it all night in my 4" or so heels although I took them off the minute we got in the car haha.

We got there before 8:30 so we didn't have to pay a cover charge. They had some happy hour drinks so I ordered a whiskey and diet coke. O-M-G that was the nastiest drink. Kind of tasted like soap and death. I told the cocktail waitress it was icky and she put the money I had spent ($2) on it towards a good drink. Lesson learned!

We had a pretty good time even though they could have played some better music and my friend Lupe wasn't able to make it at the last minute. She is super fun to dance with. 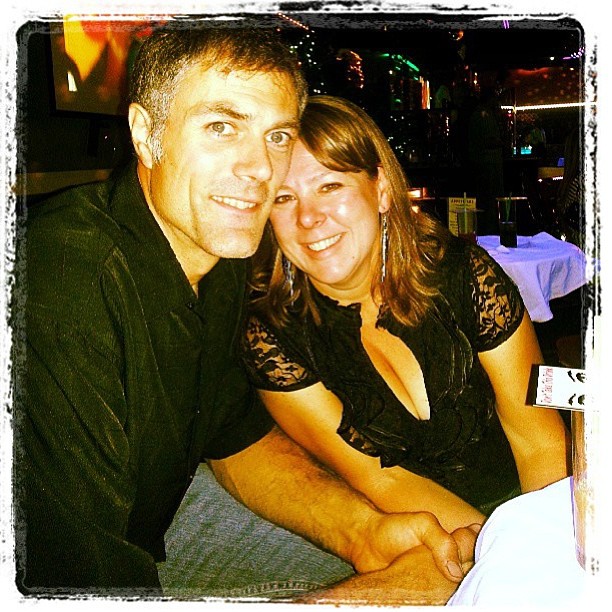 I think this is my new favorite picture of the two of us. We left around midnight and went across the street to Denny's. I had the full on Grand Slam and OMG it was delicious! I did leave almost half of the pancakes on the plate. Amazingly when I woke up Saturday morning I still wanted to eat breakfast haha.

Saturday I went to my friend Dee's daughter's 18th birthday slash graduation party. Her daughter was one of my little Girl Scouts way back when. Amazing to see these little babies going off to college! She is going to go to school in Seattle so they did a rain theme haha. 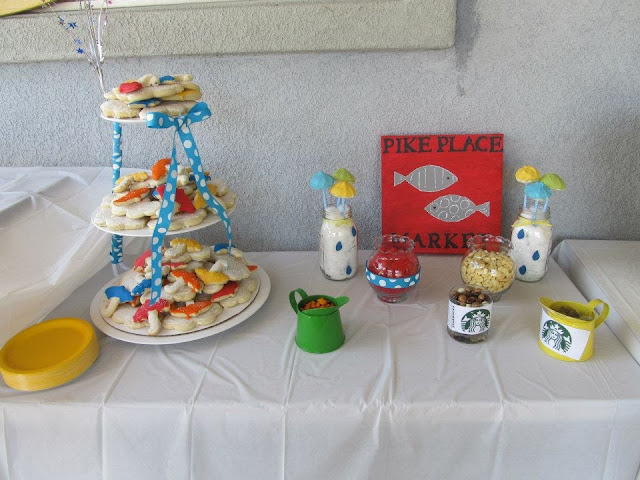 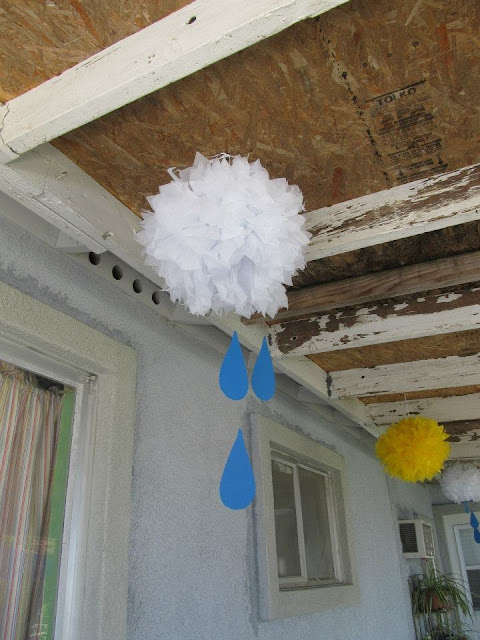 The college girl and I (got that dress on Friday too) 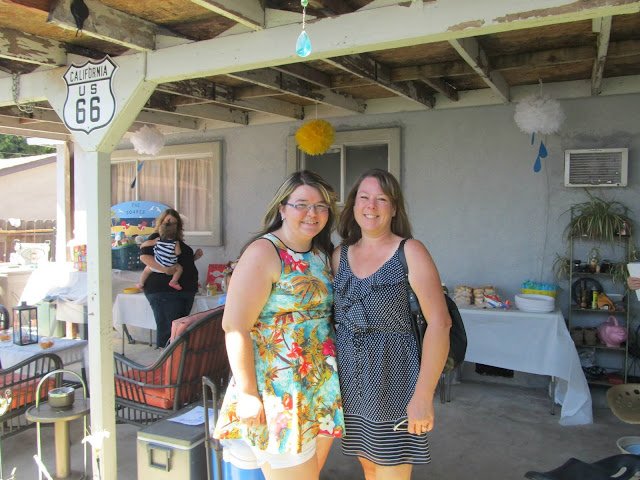 My buddies Dee and Carolyn 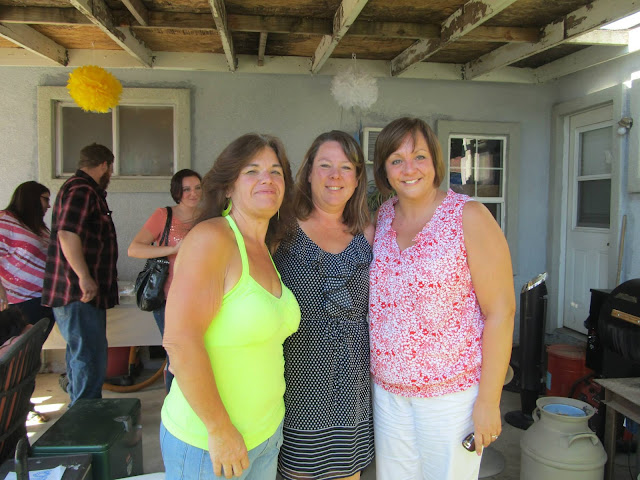 I had a nice time visiting with everyone.

That night I went and hung out on my friend Traci's dock (no pics!). The sun had already went down by the time I got there but she fed me a glass of champagne and some awesome cheesecake.

Sunday morning Scott and I went out for a run. But first we got in the car and drove to somewhere different to run. We are kind of tired of running around the club so much. So we went to run around Woodward Park which my kids used to call "the big slide park" because they have an awesome big slide on their playground. Sadly they are all too big for park playgrounds now.

So we started out on our 5 mile run that was planned for today. One time around the park is about 1 1/2 miles so that was several times around the park. When I was almost done I found Scott sitting on the sidewalk. He said he hurt his knee a bit but didn't want the car key when I offered. I only had about one more lap around the park before I was done so I just finished up.

When I started I forgot I had my Runkeeper set for the 11 minute miles but I decided to just go with it and managed to keep it all under that even though I did a little bit of walking. I don't know if it was the air quality or just running faster than my body wanted to but I kept coughing when I first started running. Quite annoying. 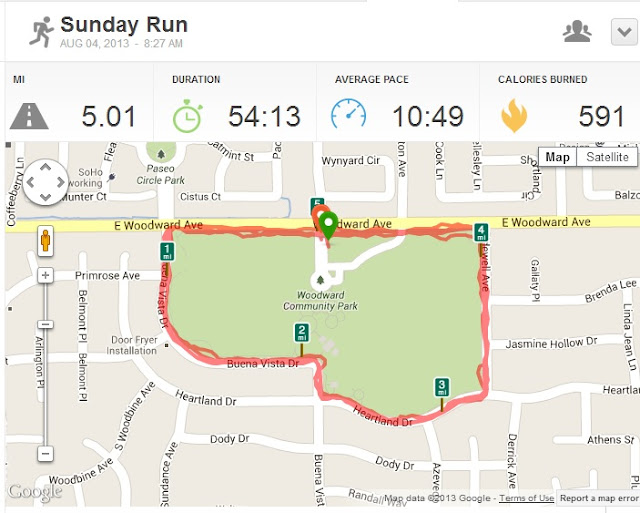 When I was finished I was feeling pretty proud of myself and like I was finally getting my groove back for running. Although I don't think I'll go run at that park again unless it's just for a shorter distance. I don't like running in circles all that much.

This weeks runs on the schedule are a 3, 3, 4 and 5 miles. We were supposed to run 4 days this week also but skipped one. I think dancing for a few hours is a good replacement :)
Pin It
Posted by Julie H at 8:48 PM

Sounds like an awesome weekend full of exercise and fun! I totally agree that dancing is a replacement for a run...we all need a break sometime!! :-)