I've declared today "Lazy Day". I just finished a book I've been trying to read all month and now I'm taking a break while I decide what to do next.

I'm thinking that's going to involve a shower and a change from nightgown to sweats.

Scott just took Trevor out to shoot his bow and arrow he got for Christmas. I took him out into the boonies yesterday and he had a great time.

It didn't come with a target so I found one online and printed it out. 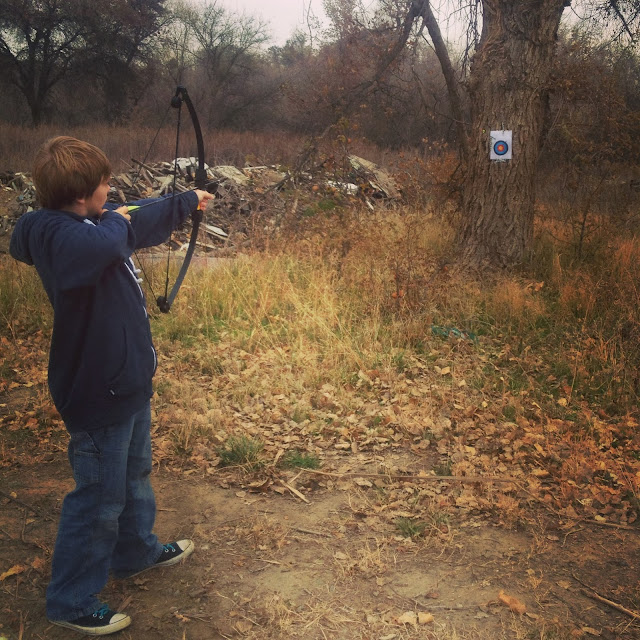 (that rubble in the background is from an old building they tore down out there. They are in serious need of some clean up parties!) 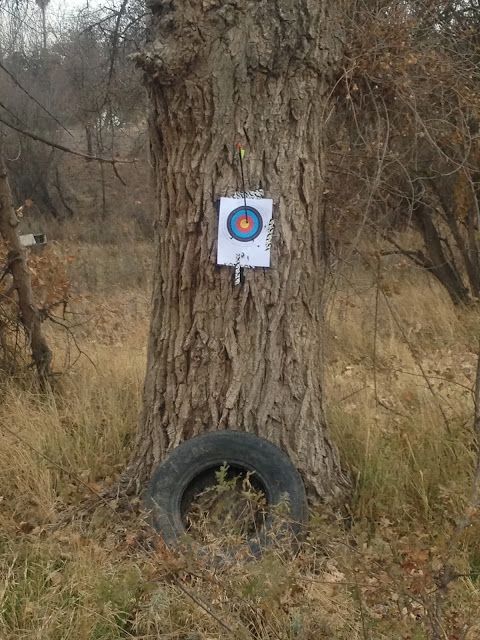 (we found that tire while we were looking for an arrow, he was going to try and shoot through it but that didn't work out)

Not sure if this little video will work but it cracked me up! We never did find that arrow. Scott thinks he's going to be able to find it today. Good luck!

While he was shooting at the target I got distracted by some quail running around. Can you see them? I had my camera zoomed in all the way. 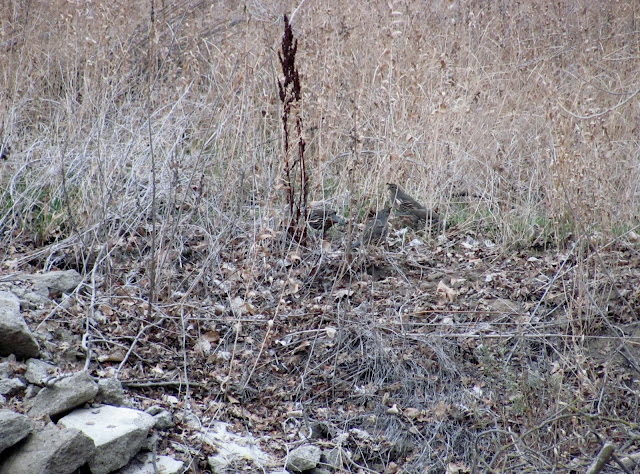 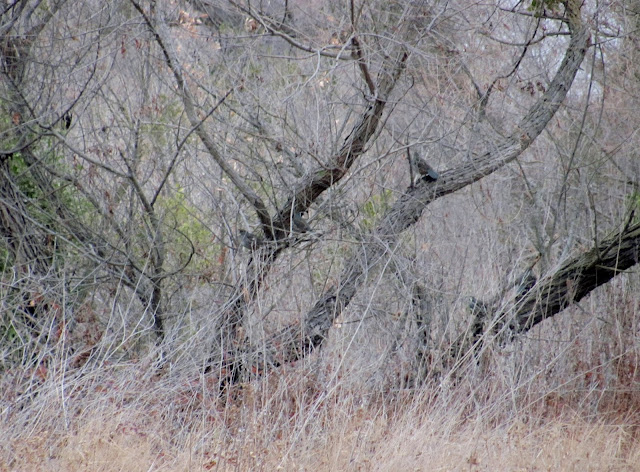 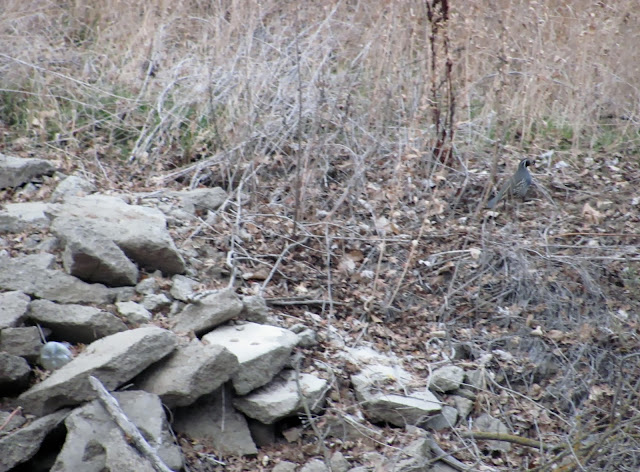 I finally convinced him to leave because it was getting cold. I came home and got the dog and went out for our mile run to get it done with. The sun was setting at the end of the street. 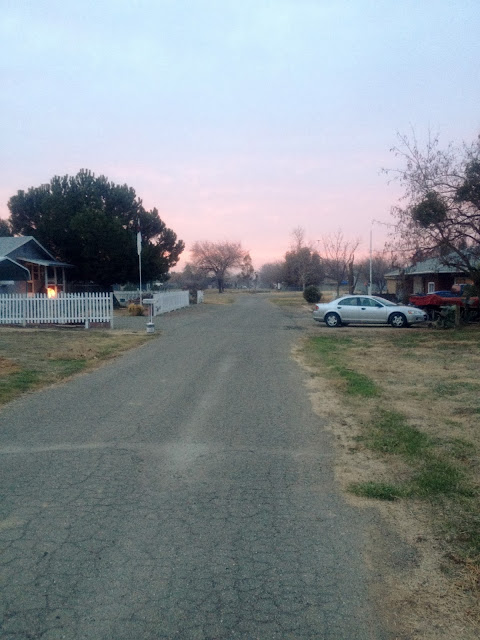 and on fire around the corner. 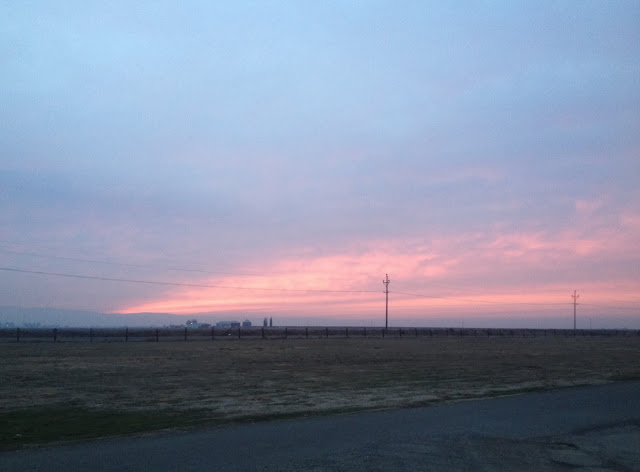 It had been foggy and gloomy all day so it was nice to get a bit of color to the sky. I'm so done with winter already and it just started.

What a beautiful sunset! Also, I love your impromptu target, so awesome. LOL.

PS: it's my first time around your blog and I absolutely love the same -- too funny girl, xo!

I am now wondering where that darn arrow is! I hope you find it, they are probably quite expensive.
Quail are very cute.. we used to have heaps of them around my family home which was out in the country. My Dad used to sometimes shoot them and then my Mum would pluck, stuff and bake them for dinner!
You have to have a whole bird to get a decent dinner out of them.
Sometimes two!
They were rather tasty little birds!
Don't think I could eat them now!