So right now I'm NOT running the Double Race. I realized I'm just not at that point right now in my running. Doing one mile a day right now is more than enough for me. Starting the second week in January I will start training for my next half and I'm ok with being a bit of a slacker until then.

It's a good thing I don't live where it snows or I might not ever run in the winter at all!

We've spent the last two days Christmas shopping like crazy. I still need to go out and get a few more gifts. Some people are just so hard to buy for! Also we had bought a couple things for the kids and then found them way cheaper somewhere else so we took back the originals and now have more money to spend on them. I am trying to spend about the same amount for each of them to make it fair :) This is the year of a bunch of not so big things.

Last Sunday we went to my sister in law's annual Gingerbread house party. I think they are so much fun! She pre-assembles the houses now to make it easier for the kids. There are a couple of us moms though that have more fun than the kids I think haha. Next year I'm bringing a couple more bags of candy. I know that's got to be expensive to provide all that and you can never have enough candy!

I only took a few pictures.

Ava with her hair all pretty with a big flower 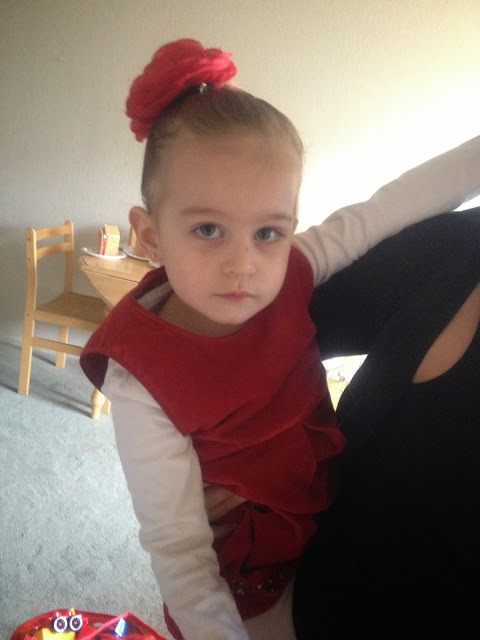 My house, those gum ball things are pretty tasty. I spent the next week picking them off a couple at a time haha. 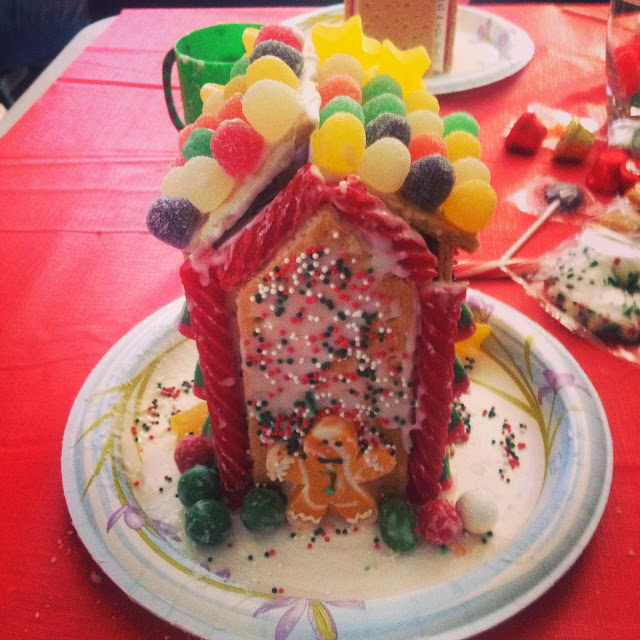 My sister in law, the host. (check out the gal on the left, she didn't even bother with the kids making one she just let them go play and got busy! 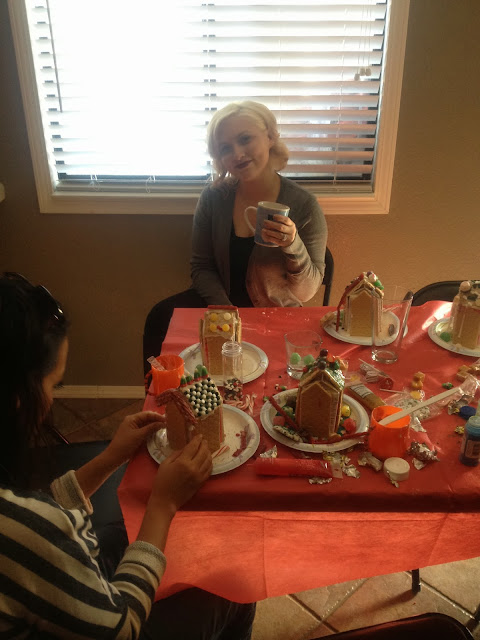 Our table after being  decorated at 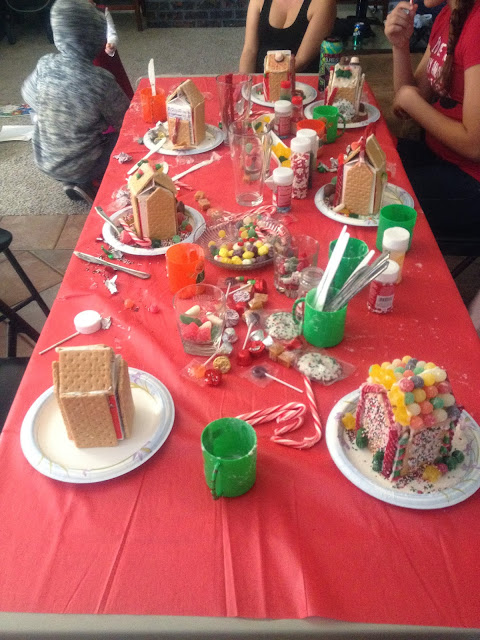 One of my favorite things about annual parties that other people throw is that you get to see all the little kids grow up in quick flashes. Last year's newborn, this year's toddler. Last year's boy needing a lot of help, this year wearing half the frosting on his sweater but did it himself. Of course we also have the sad end of that being that Jess couldn't come because she had finals. Darn kids growing up!

Here's a picture I stole from someone that was there. Notice I am the only adult in the picture? Usually everyone that went gets in the picture but I didn't get the memo that they weren't all doing that this year haha. 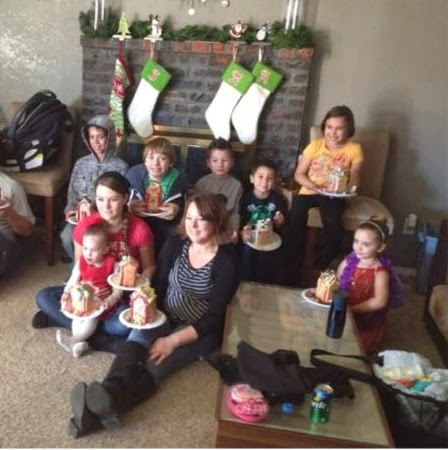