Yesterday we spent the whole day working on a new project!

A new vegetable garden! My little seedlings are getting HUGE and we really needed to start working on where they were going to go. WHICH we weren't entirely sure since the spot we used before is all just grass again. Scott didn't like that location either so we needed to put it somewhere else.

I've been playing around on Pinterest looking at ideas, man there is some awesome stuff on there. I showed Scott this picture and he liked the idea. (picture from here). 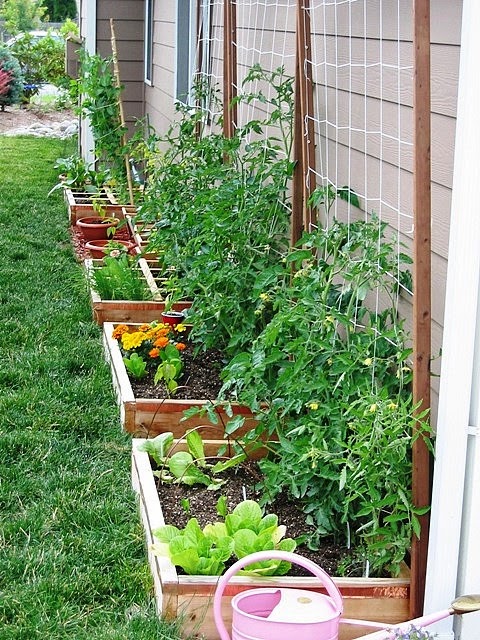 We decided to just do one long bed though so that it wouldn't use so much wood (less wood=less money).

Scott worked out the measurements and then we went to Home Depot. It was so pretty outside, but just a bit windy.  I love the big white puffy clouds over the vineyard down the road. 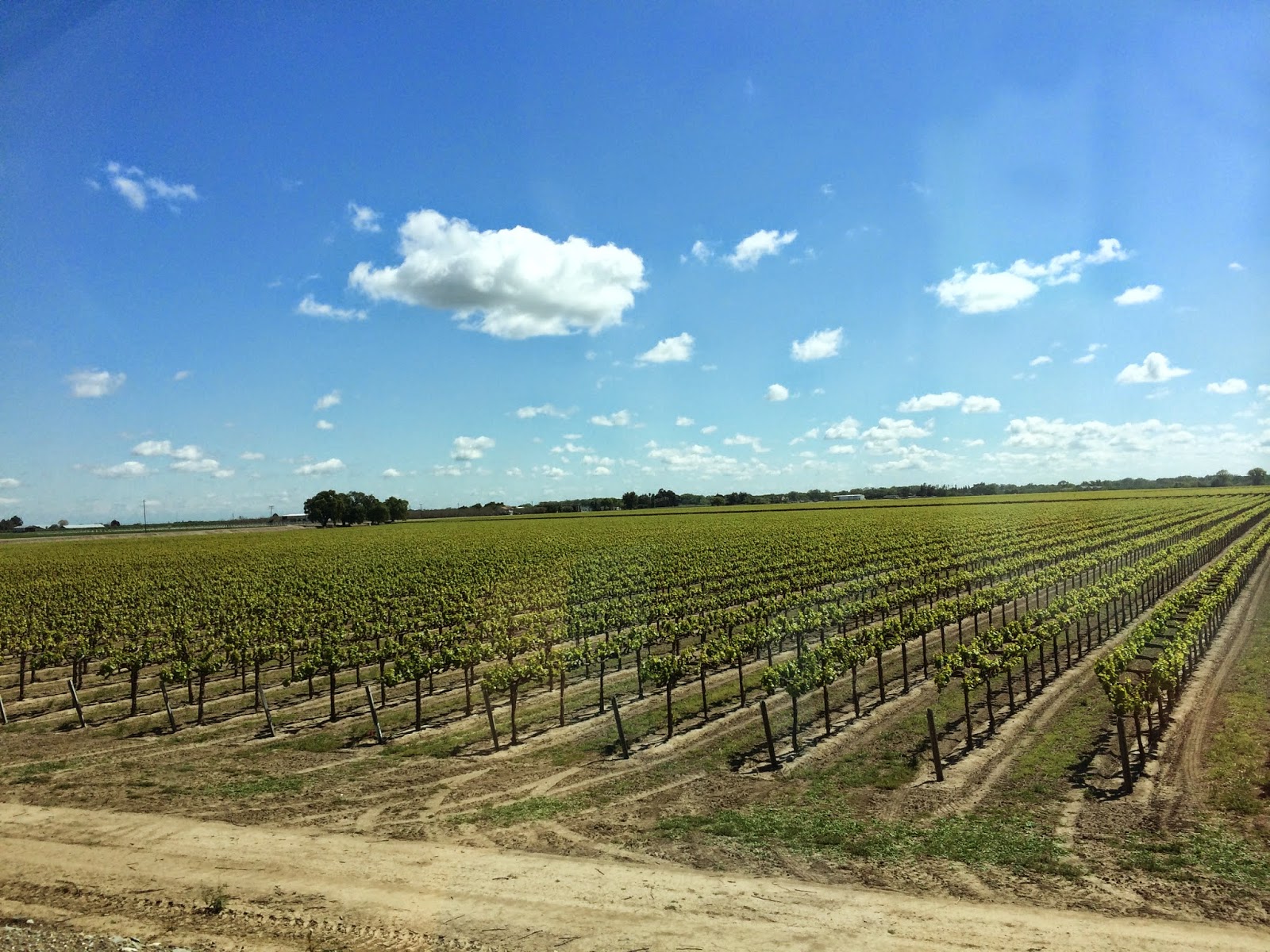 After checking everything out we decided to go with the 12" wide boards. 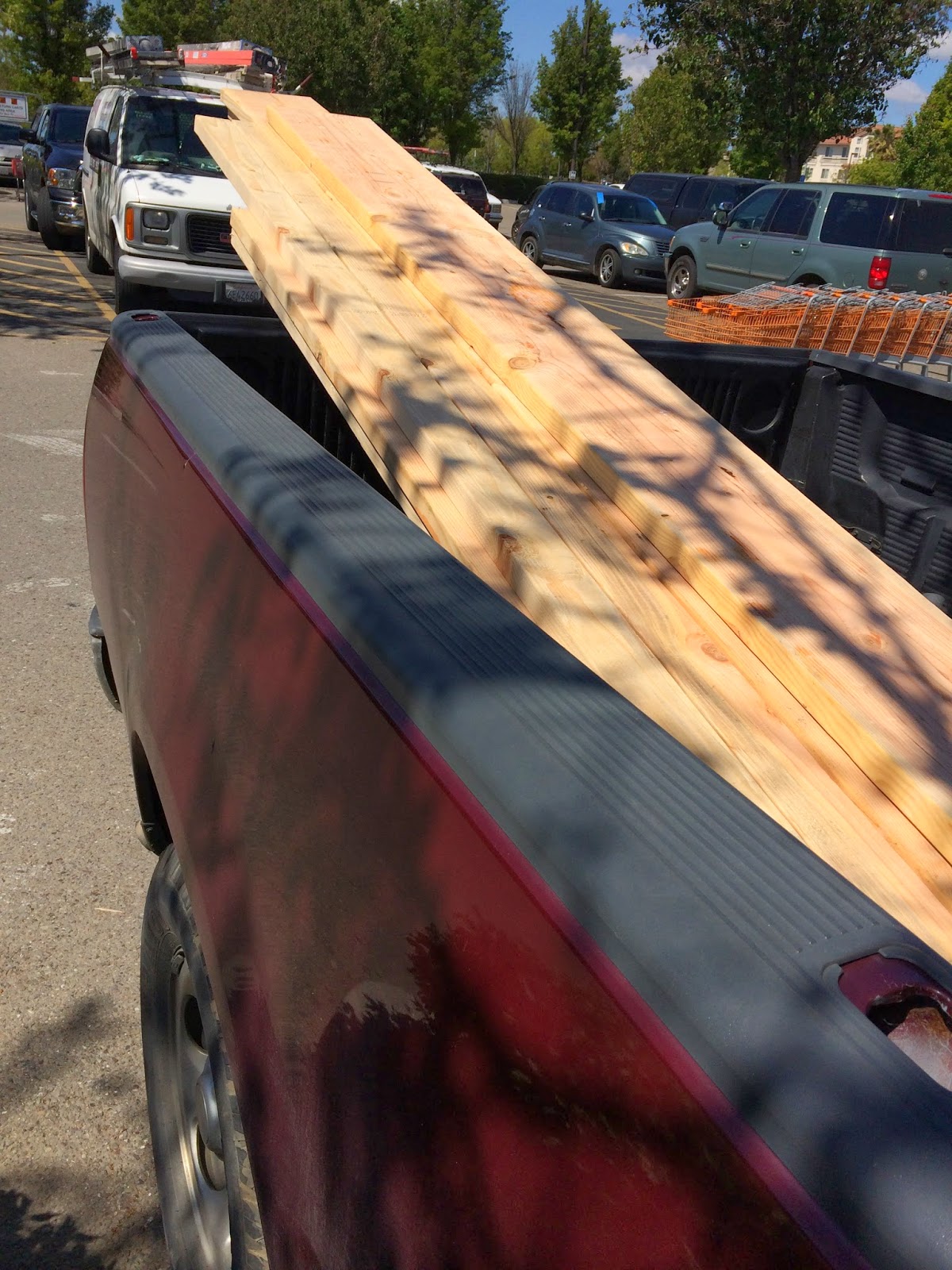 Our back yard is a mess! We haven't been back there in forever and we usually don't even hang out back there. I think we are going to make some changes to make it more inviting. We obviously need to paint again. Seems like we just did that but um yeah maybe it's been about 12 years? Sheesh time sure flies by doesn't it?

I had started "weeding" back there last week and then it started raining (explaining the 1/2 done bed there). Scott decided the first order of business was taking down the antenna that we don't use anymore. Yeah for something ugly getting removed! 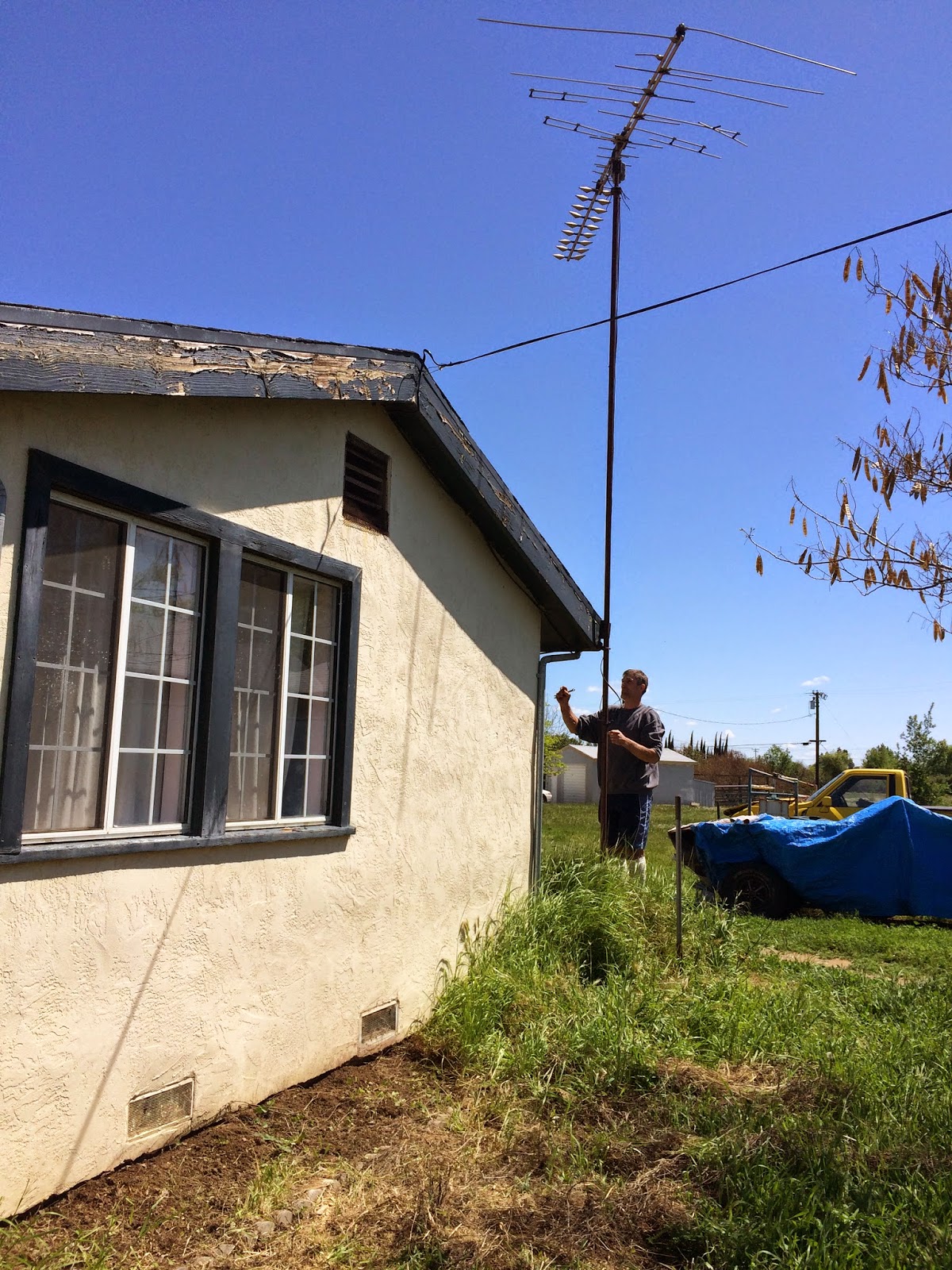 I dug out all the dirt along the edge of the house so there wasn't anything touching the house anymore. Then Scott got started. 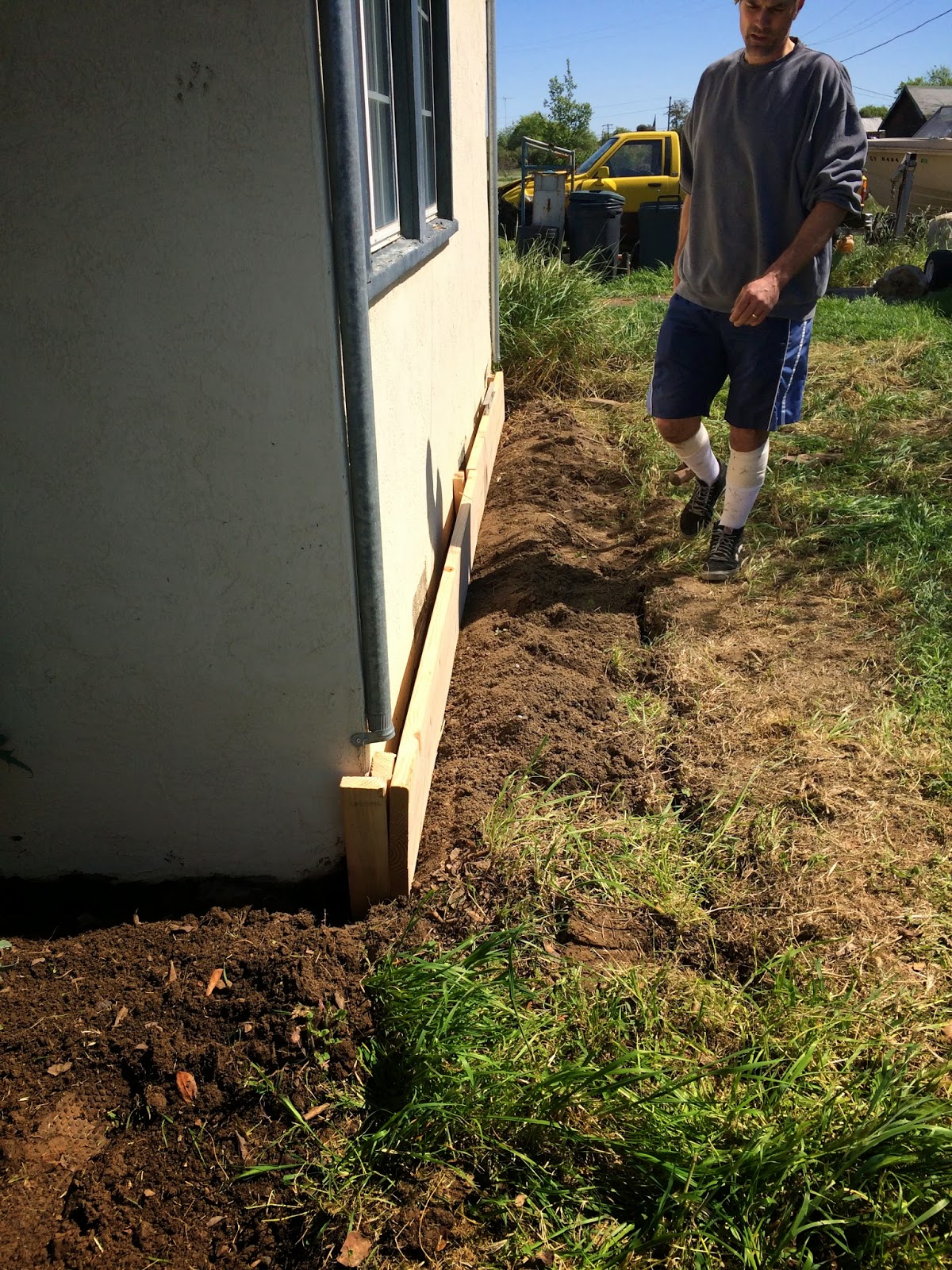 I think we might put a bit of rock between the house and the wood. Maybe.

We took it around the side too. See my artichoke plant? I thought it was dead last year? Maybe it was the year before, and just kind of plopped it in the ground. Surprise! Artichokes! It has 3 growing on it. 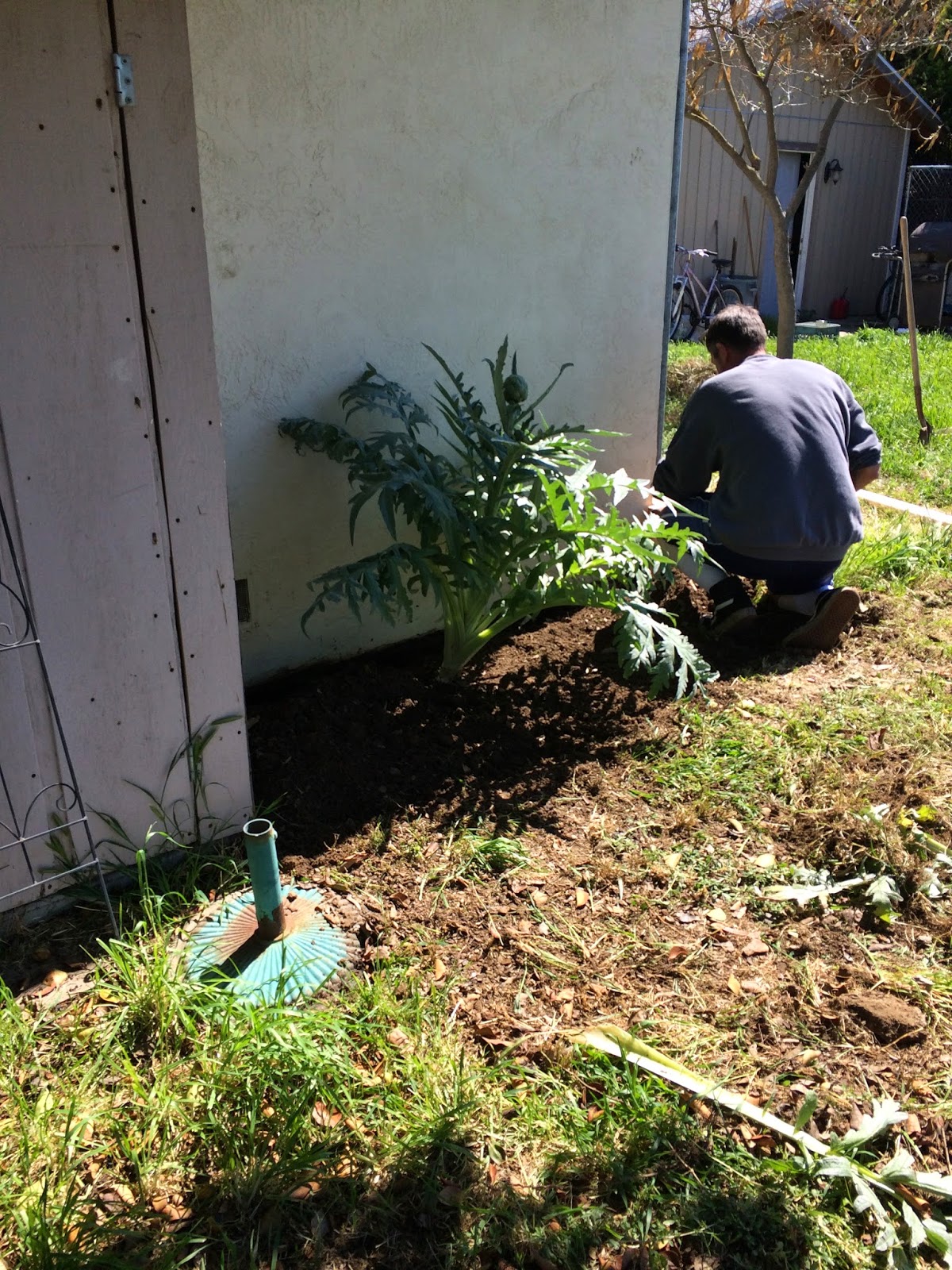 I was furiously trying to get the grass and weeds out while Scott did the construction. 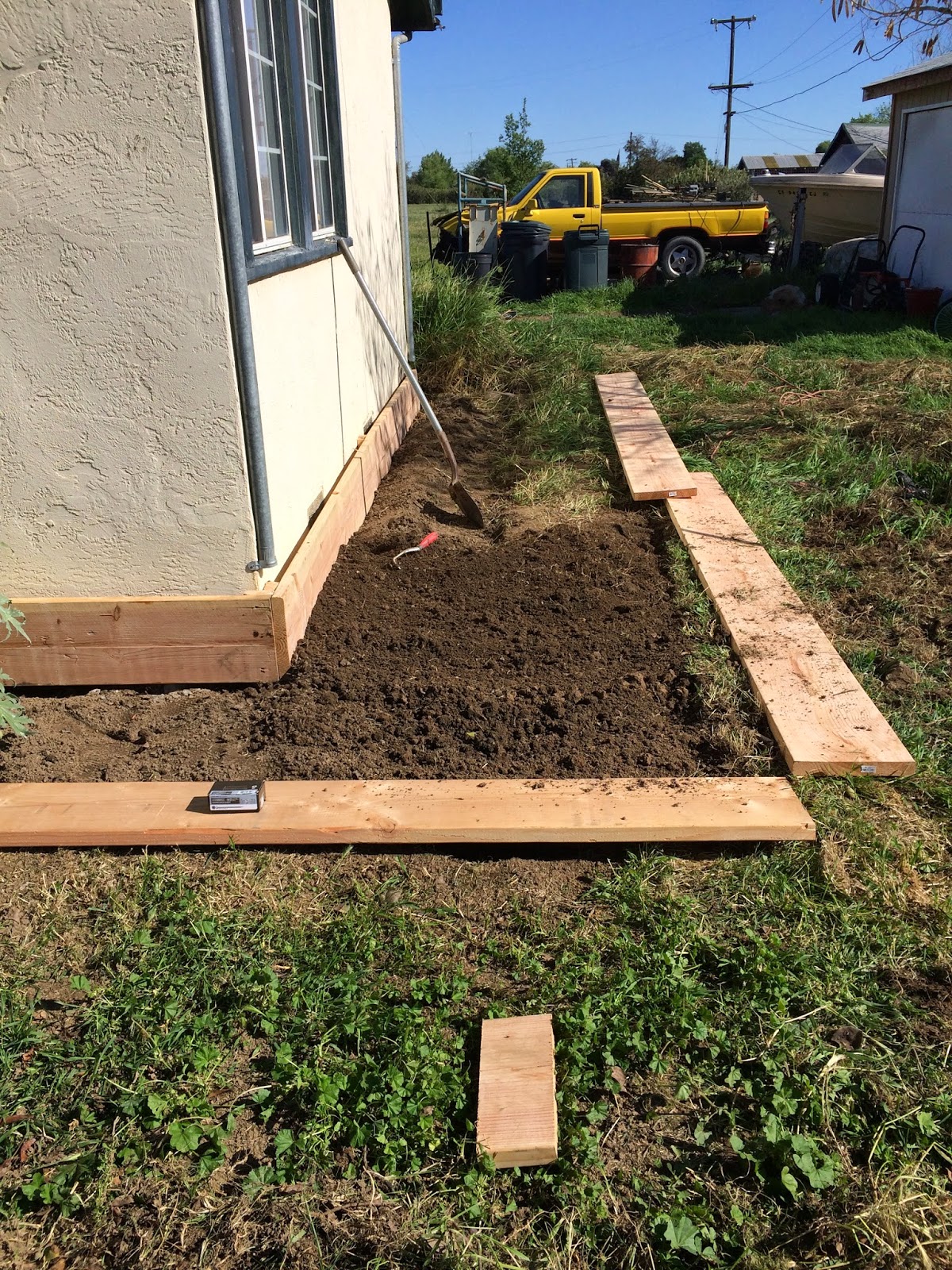 Break time, "who let the dogs out" who who who wo 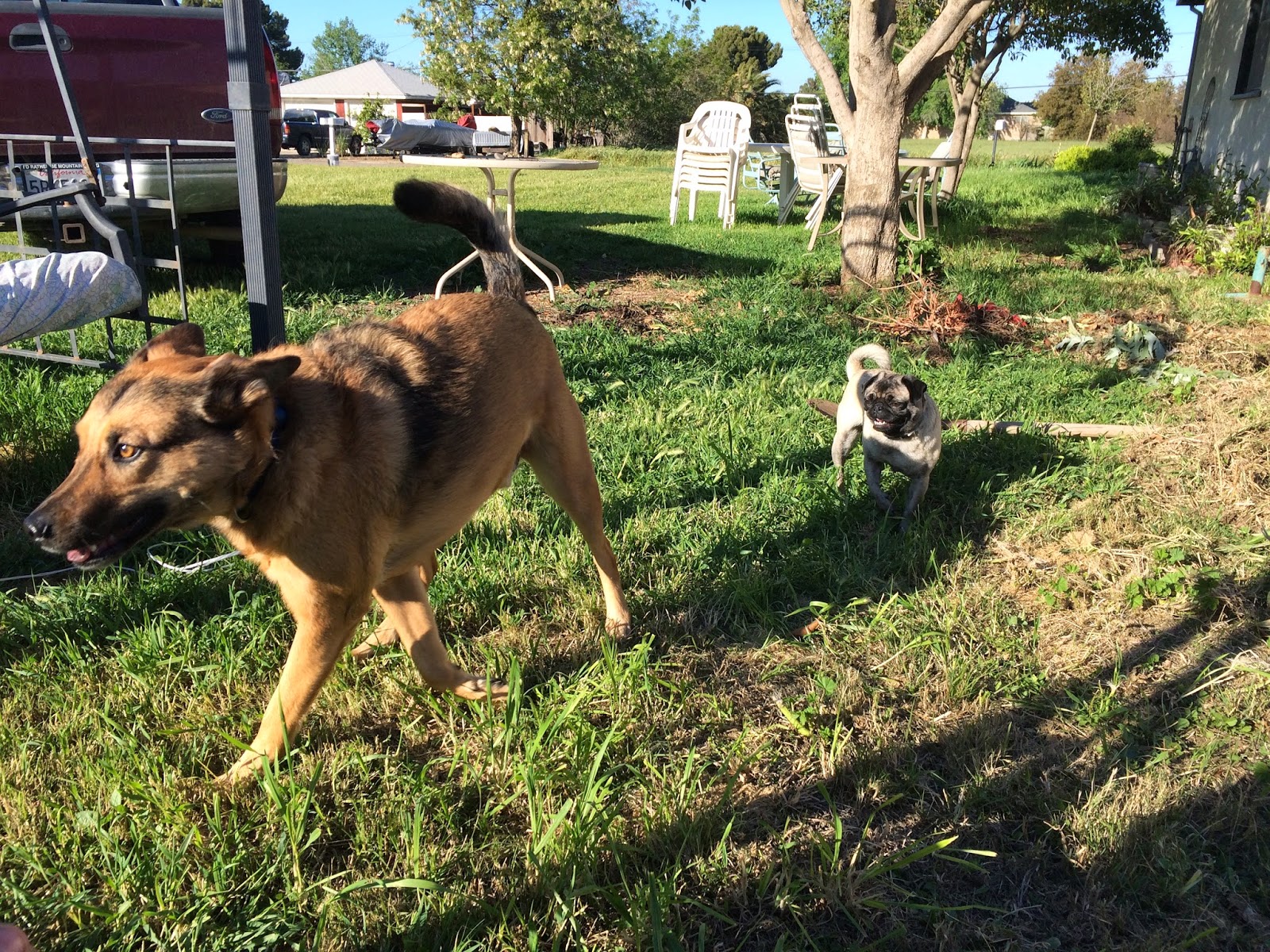 all done for the day! It's all constructed I just need to finish pulling out the grass & weeds on the far right. AND we need to get some soil. All the places are closed on Sunday so I guess that will have to happen later. 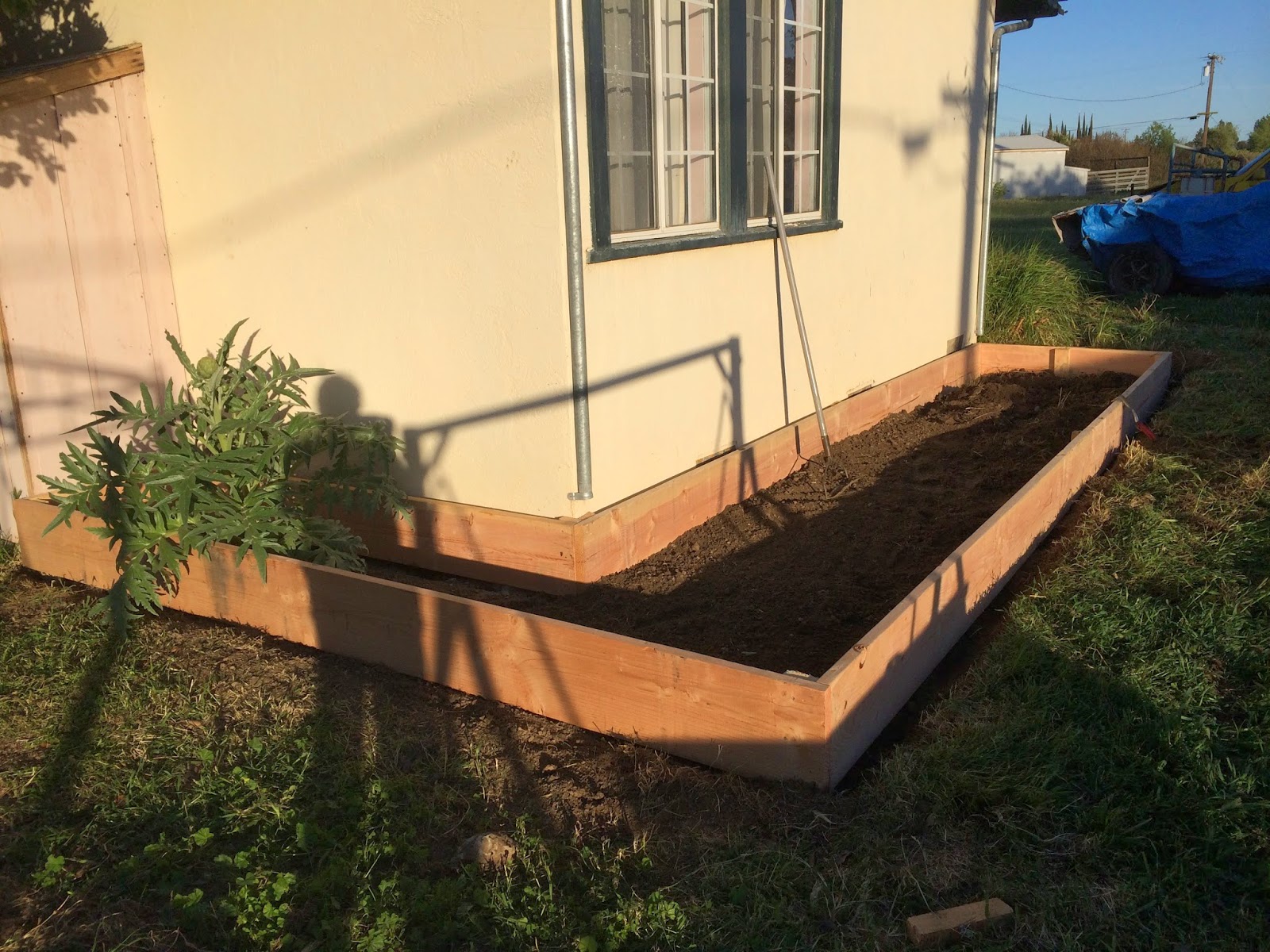 We will have to do some extender type things with the rain gutter there.

I think we might actually put up a fence soon. I really like the "open" feel but it would be nice to have a fence so we can let the dogs out to run around and not have to worry about a cat or someone going by and the dogs running out. Plus it would make keeping the yard cleaned up so much easier with defined lines. Plus then I could do more landscaping! It's hard when you just have a big open space with no lines to go off of.

It would be nice to be in the back yard and not have people looking in too :)

My shoulders and arms are sore today. I need to go out and work on weeding though so I might have to just suck it up! The bad thing is that spot that is left smells HORRIBLE. I think the grass kind of fermented or something. Not looking forward to getting back into that area again.

Oh and I still want to make the trellis type tops too. I think those are really fun looking.

I am totally jealous if your new "to be" garden !!! One downfall of the condo...not enough room to plant anything more than just herbs