Woohoo! I finally made it a whole day without messing up my diet. It's a miracle. I was rewarded this morning with a small drop in weight and a lot less belly.

I stayed home all day yesterday and just puttered around the house. When Scott got home we had dinner and then went for a run. I'm doing the 5k-10k trainer again. Last night was tempo runs, which used to seem like torture but I actually enjoyed it last night. Scott and I started off together (he's doing some couch to 5k work) and I ran ahead a bit. My plan was to run back to him while I did the tempo run and then turn back again and catch up with him. Which, all happened but the last part. I never saw him again so I just did my own thing and met up with him at home. I guess at least we started off together, right?

I felt so invigorated after my run. Like I totally ENJOYED my run, which hasn't happened in quite awhile. I'm so glad I keep making myself go out there even when I don't feel like it. Following a plan really helps too, especially when it's something different every day.

After I got back home my friend Traci invited us to come over and sit around the fire pit at her cousin Nancy's house (which is next door to her house). I debated on going a bit because they are always drinking wine and have great snacks. I decided I could be strong (hopefully) and took a bottle of water and put some gum in my mouth. I totally made it though everyone toasting marshmallows and making s'mores (probably because I'm not a huge toasted marshmallow fan) and only drank my water. Score! The gum totally helped me from sticking food in my mouth. 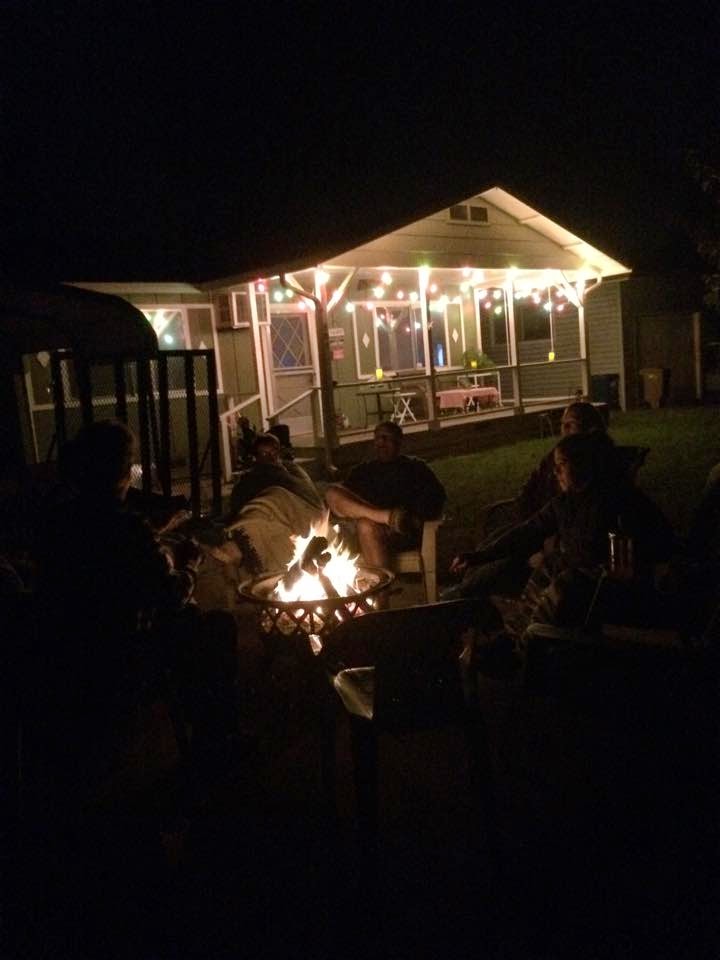 I stayed until 10 when I was either going to climb into the fire pit to get warm or go home.

In other news yesterday I cooked my first butternut squash. I bought a bunch of different squash to try last week. I poked around Pinterest a bit and found this recipe for roasted butternut squash. I've never had butternut squash before. It came out tasting a little bit like pumpkin. I think it would have been good to cut it all up after it was done and then sprinkle more spices on it. It was good in small quantities. 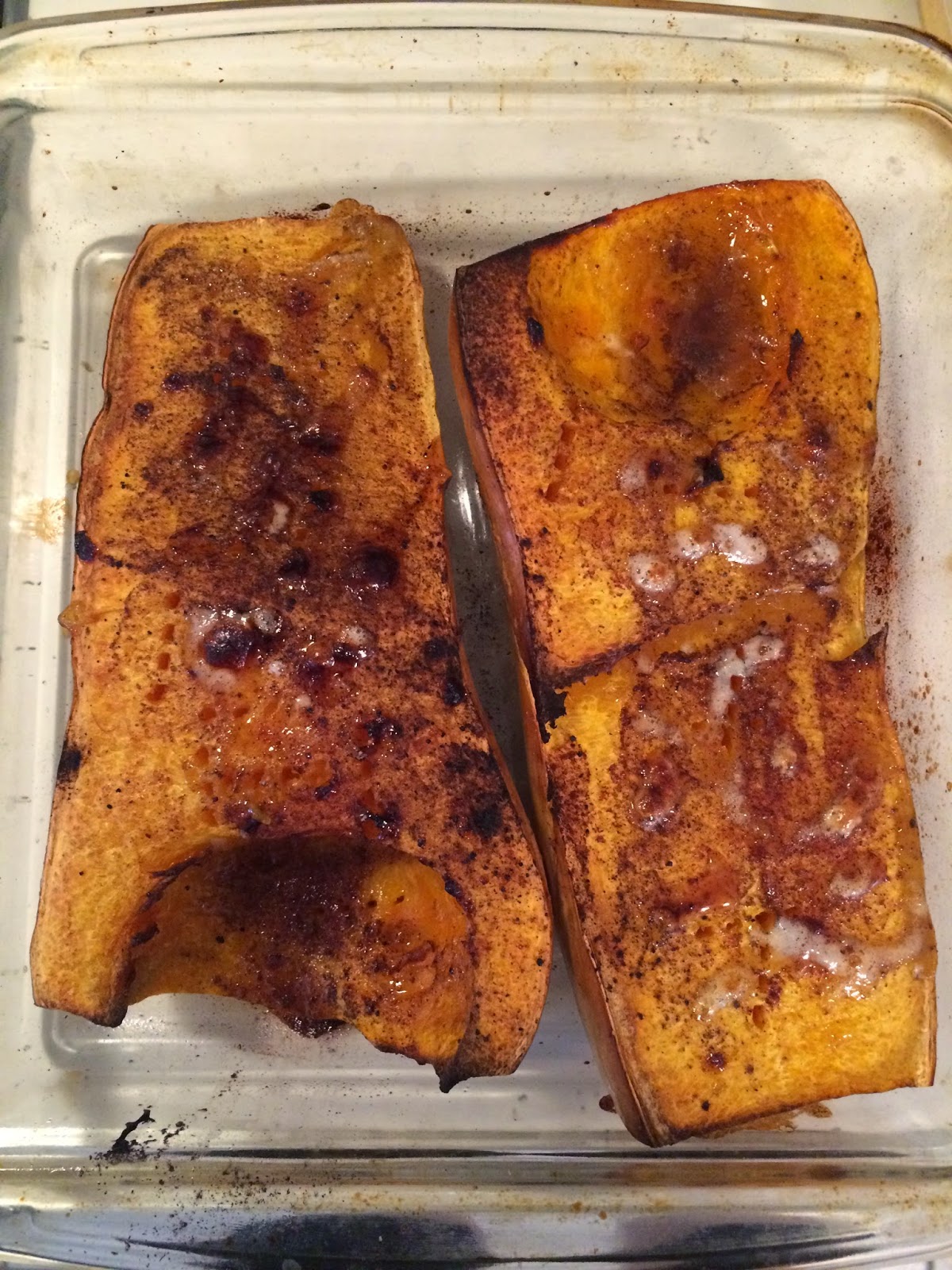 My turkey burger on the other hand was fantastic. Sadly we didn't have any left overs. I do have some left over turkey that I didn't cook yet though so I might make some for lunches this week. 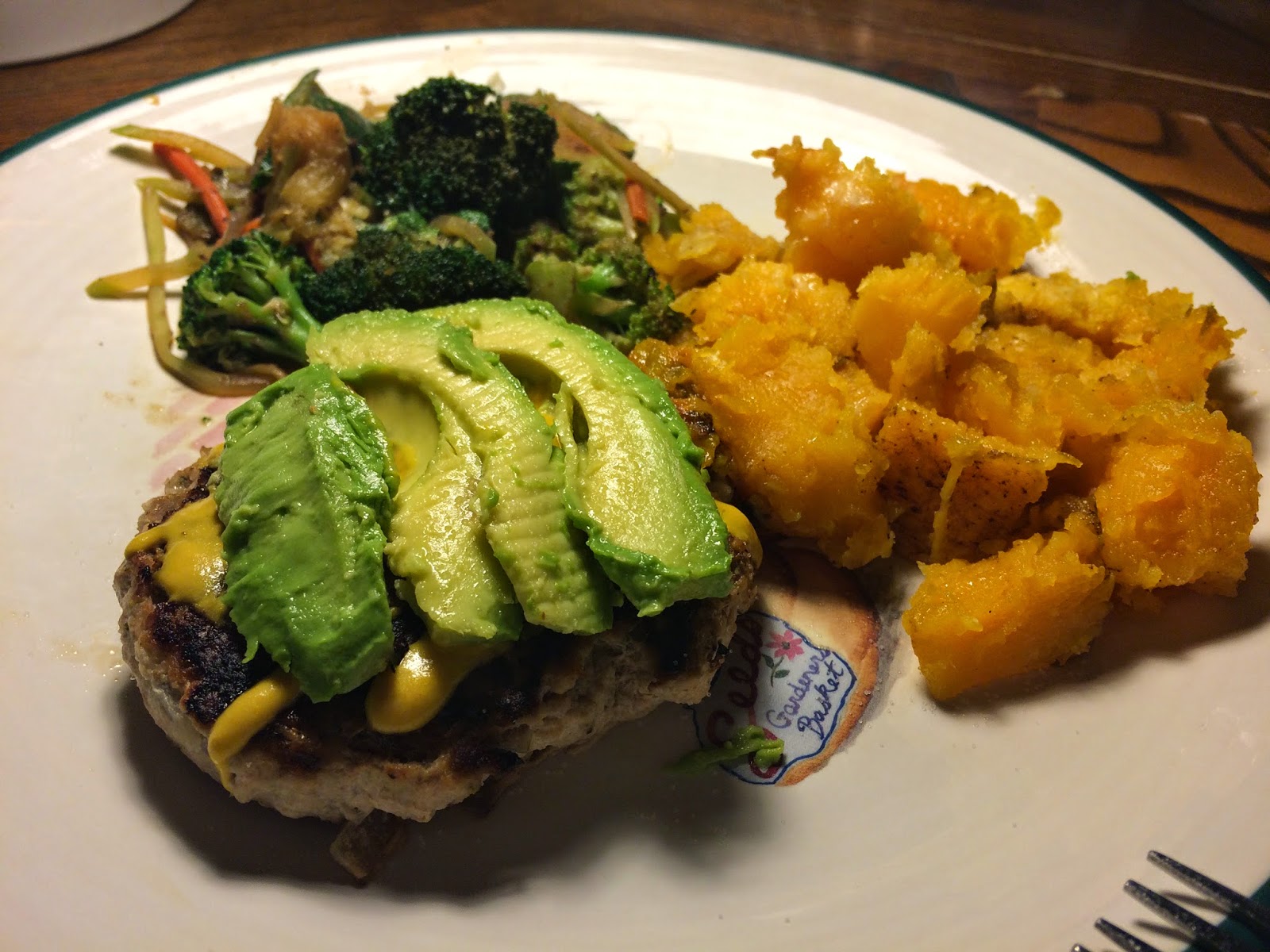 I don't have any plans for today. Someone needs to go to the store at some point today but I'm hoping it's not me ;)

If you figure that out, please let me know how to do it. Unless my dog will go perhaps I could train her. :-)

That turkey burger looks delicious!!! Gum is my new best friend-stops me from eating all day!!!
Congrats on enjoying your run! I have not enjoyed one fun since my marathon in May...I am hoping the joy comes back but so far, nope! :-) I HATE running now :-(

Well done on sticking with the water and gum.
It must be getting cold there now... it's getting warmer here!