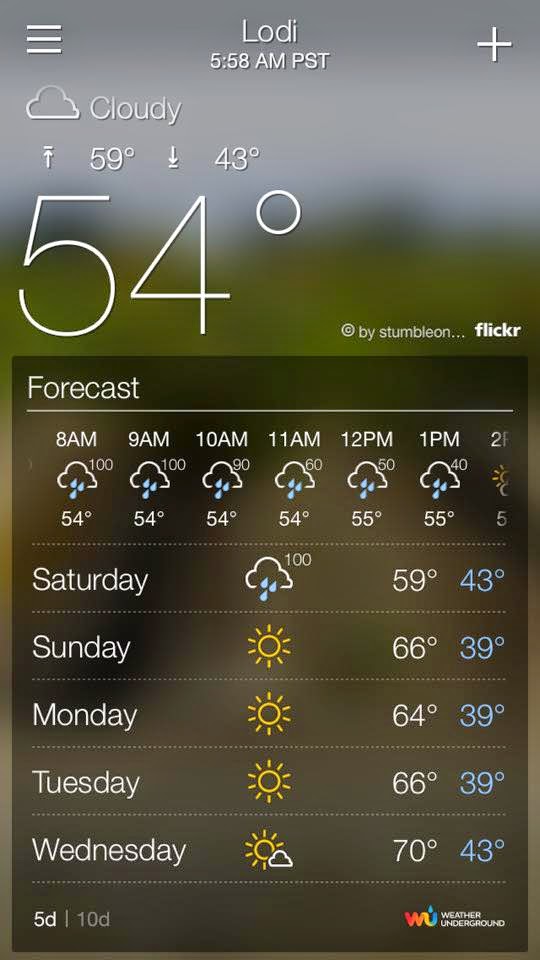 This Saturday was the Womble Rumble run that I had signed up to do. It was a 5k and 10k race and I had signed up for the 10k. I've been doing the 5k-10k trainer app for my runs to help get myself up to running more miles. It worked the last time I did it, and it's been working this time too.

Since I've been running every day doing my runstreak (day 92 today) I do the trainer for the most part. Unless it's a day when I'm really tired or I have something to do and I'm just getting my run in real quick, then I usually just run a mile. I'm on week six now, so the longest run I've done so far is forty five minutes. Which is not bad but a 10k usually takes me an hour and ten minutes or so.

I started watching the weather early in the week because there was rain in the forecast. Looked like I'd be running in the rain. Saturday morning it was pretty much a given. 100% chance of rain. Pooo


I was going to the race by myself since Scott isn't into running races lately and had decided to go work in San Jose for the day. Originally I was going to go to lunch with my friend afterwards but she had to cancel because she had an appointment she had forgot about.  No worries. I decided I'd go run the race and then go hang out with my mom afterwards for a bit.

I drove to Lodi and it was raining the whole way, and windy! Rain is one thing but wind really sucks. When I got to the point of checking in I decided to change my race to the 5k instead of the 10k.

The race didn't start until 9:00 because they had 2 kids races before hand, a 1/2 mile and a 1 mile. Kids races are so cute but I was standing way back under an easy up trying not to get too soaked. Eventually it was my turn to race and I, along with about 50 kids wearing black plastic garbage bags were finally off racing.

I spent the first mile dodging all the little ones who came in buses from local schools. They were cute running but I was afraid I was going to trip over one of them when they would dart in front of me or suddenly stop. I was glad once I got past them and had a little extra space around me.

The race course was a pretty nice course winding out and around the lake mostly on paved surfaces that were now covered with leaves and big puddles. I'd like to go out there and run some other time when it's not quite so wet! I was glad once again that I only was doing the 5k when I noticed that the 10k was just 2 laps of the same race (not my favorite kind of course).

The race didn't have chip timing so I kind of wish I had lined up closer to the front in the beginning but I was happy to see the clock was really close to 30 minutes when I got up close to it. My official time ended up being 30:13 which is WAY better than the last 5k I did (34:42). I didn't walk one bit this time although I really had to talk myself out of walking at the end.  Now to just get back to my fast time of 28 minutes! I know if I keep going I'll get there again soon.

I came in 4th out of 14 women in my age group, and 26 out of 120 women (which includes a lot of little kids). Oh and I forgot to mention that the money raised from the race goes towards building a new track for the high school that I went to. "Womble" was one of the PE teachers and track coaches. 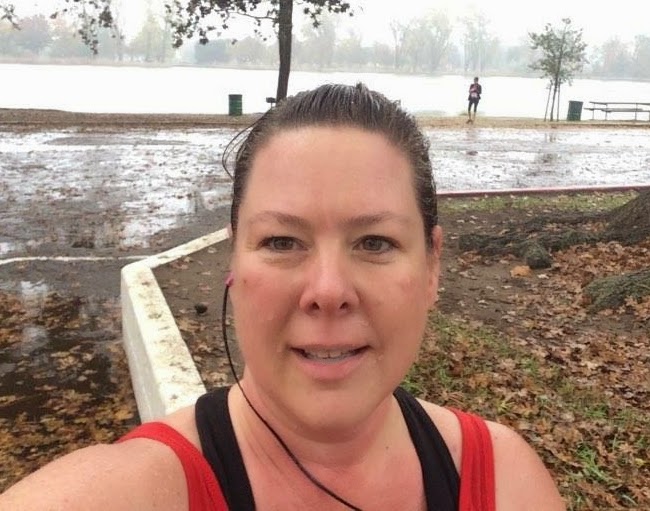 I was standing around waiting to see if the race results when I spotted my friend that I was originally going to go to lunch with. She had a little time before her appointment so she had come down to see me race. She missed me for that but we went to Starbucks and she bought me a coffee :) 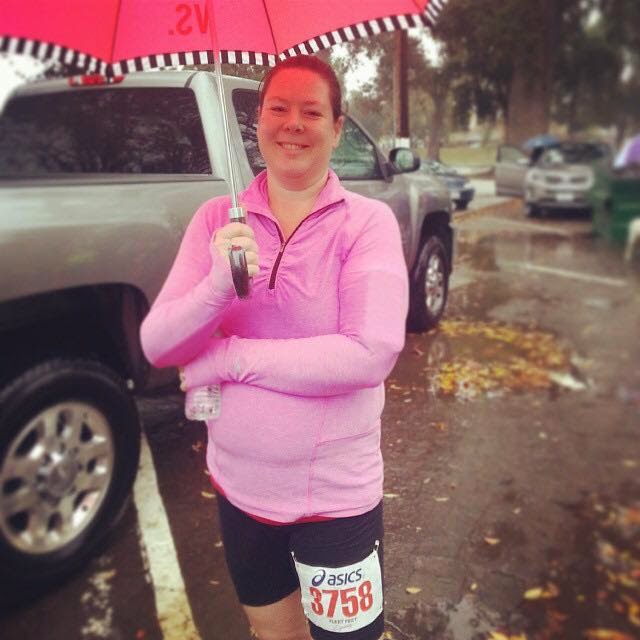 I thought that was super nice of her. I've never had anyone other than Scott just come to see me run and support me.

After we got our coffee she had to run off so I went over to my mom's and ended up just hanging out and spending the day with her. We went to Sizzler for their salad bar lunch and sat talking forever. It was nice! Plus they sure have a great salad bar there. I wish we had one close to my work.

Now to decide what I'm going to to for December. I'm thinking I'll most likely do the run that is down the street from me that I did a few years ago. It will only take me 5 minutes to get there and the money (and donated toys) goes to Brighter Christmas right here in our town.
Pin It
Posted by Julie H at 4:54 PM

Good job! what to do in December? shovel?

Congrats on that finish! You are awesome! You should be really proud!

Good on you for running in the rain, it looks like it really piddled down.