Halloween is so weird when your kids start getting older. This is the first year of no school Halloween parade in like 14 years. To be honest they were getting more and more disappointing anyways (minimal effort put in by the people putting it on) so I guess it's ok that 6th graders couldn't participate.Otherwise I might have found myself volunteering or something. EEK no lol.

He still wore his costume to school though, here he is in the car waiting for the bus. Dr. Who! 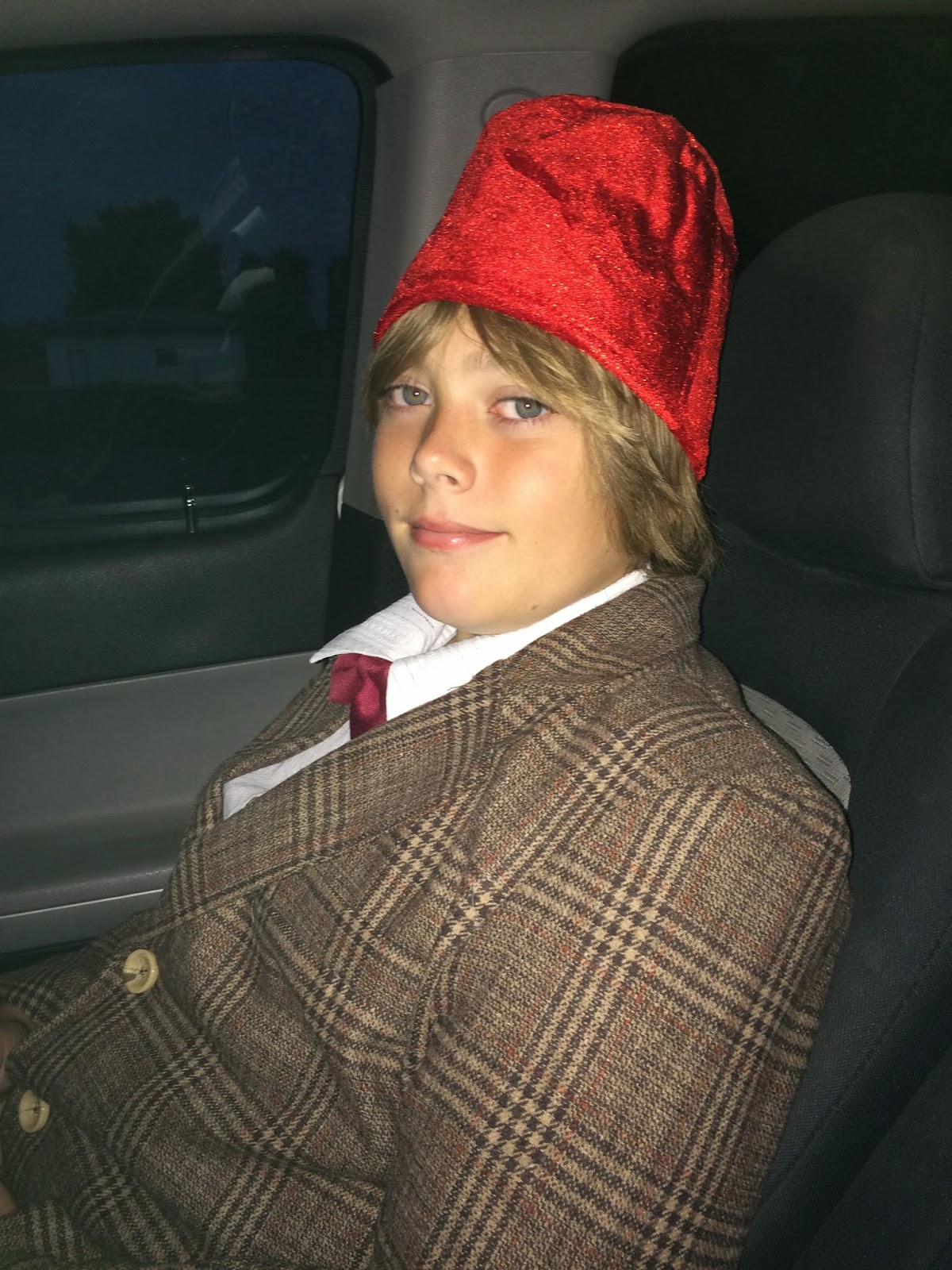 Here's the sunrise on my way to work. Since the time change happens this weekend that will be the last of those for awhile. 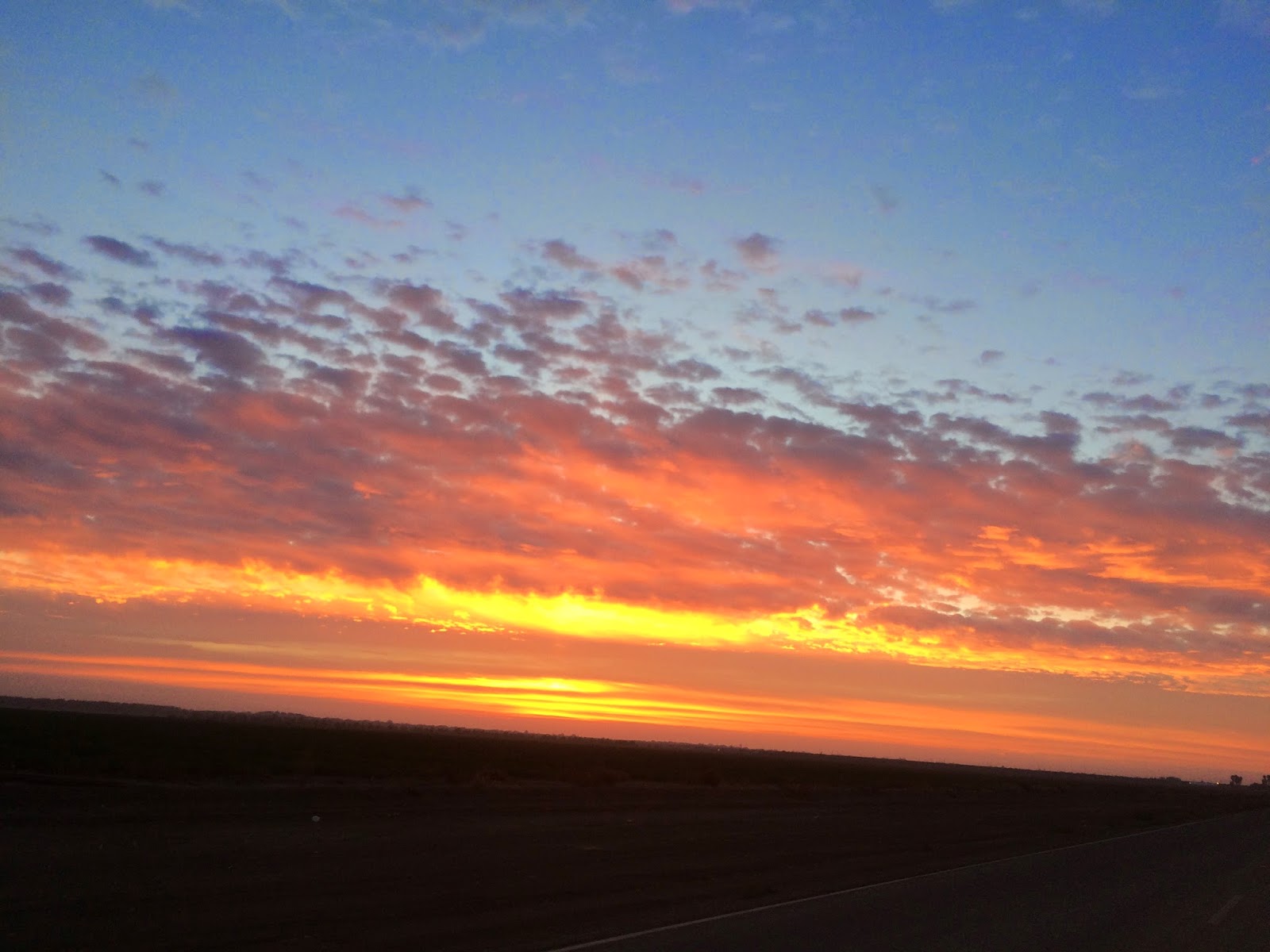 I hadn't really thought about the kids carving pumpkins until the 30th when I was like "oh crap did you guys want to carve pumpkins this year?" I'm seriously lacking in the decorating for holidays department lately. Sharing a shed with Scott has put a big huge wrench in my decorating efforts because of how he (doesn't) organize it.

I picked up 2 pumpkins on my lunch over and the kids carved them up after school. Well first I had to run over to my friends had borrow her carving tools because I couldn't find ours (see above). 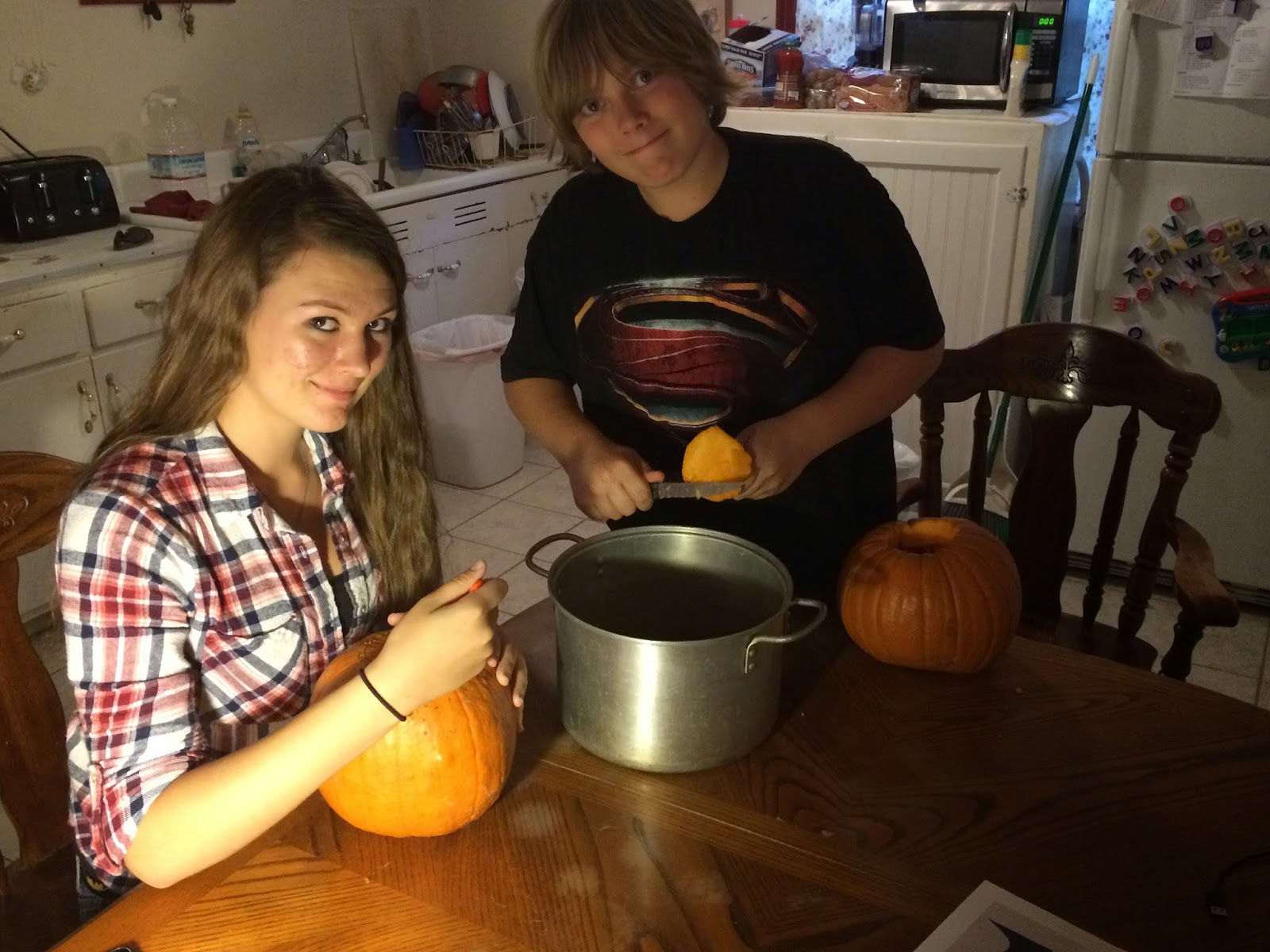 I snapped a picture and then went out to run a mile real quick. (day 67 in a row!) I ended up taking Rusty with me because he kept acting like he had to go out to go potty but wasn't actually doing anything every time I took him out. I haven't taken him running in a long time but he did just fine and was nice and calm when we got back. Oh and it was finally raining. It waited forever to rain this year and then rains on Halloween go figure. 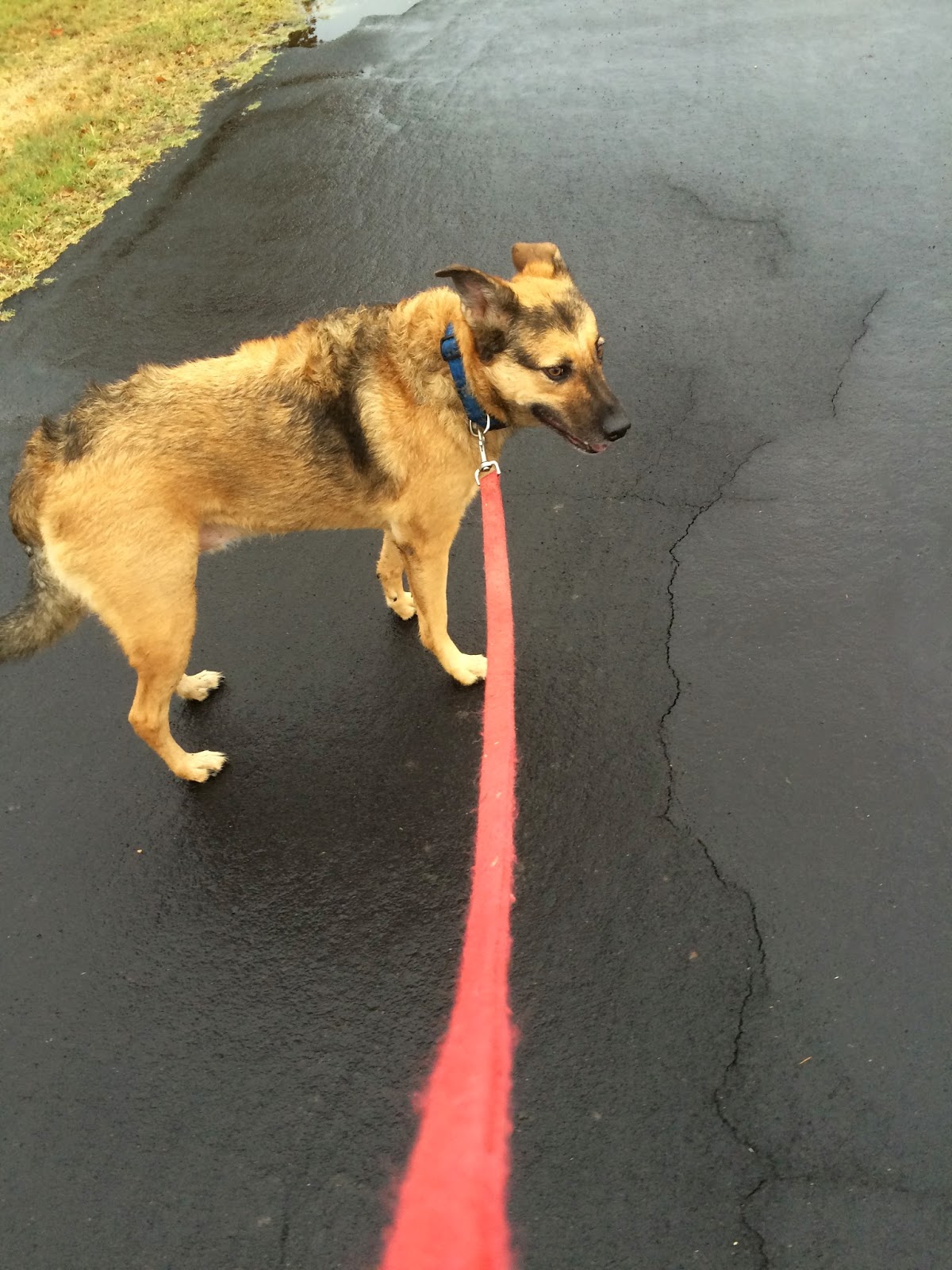 The kids were almost done when I got back. Trevor asked me to help him clean the inside of his a little more but other than that I wasn't needed. They did a great job! 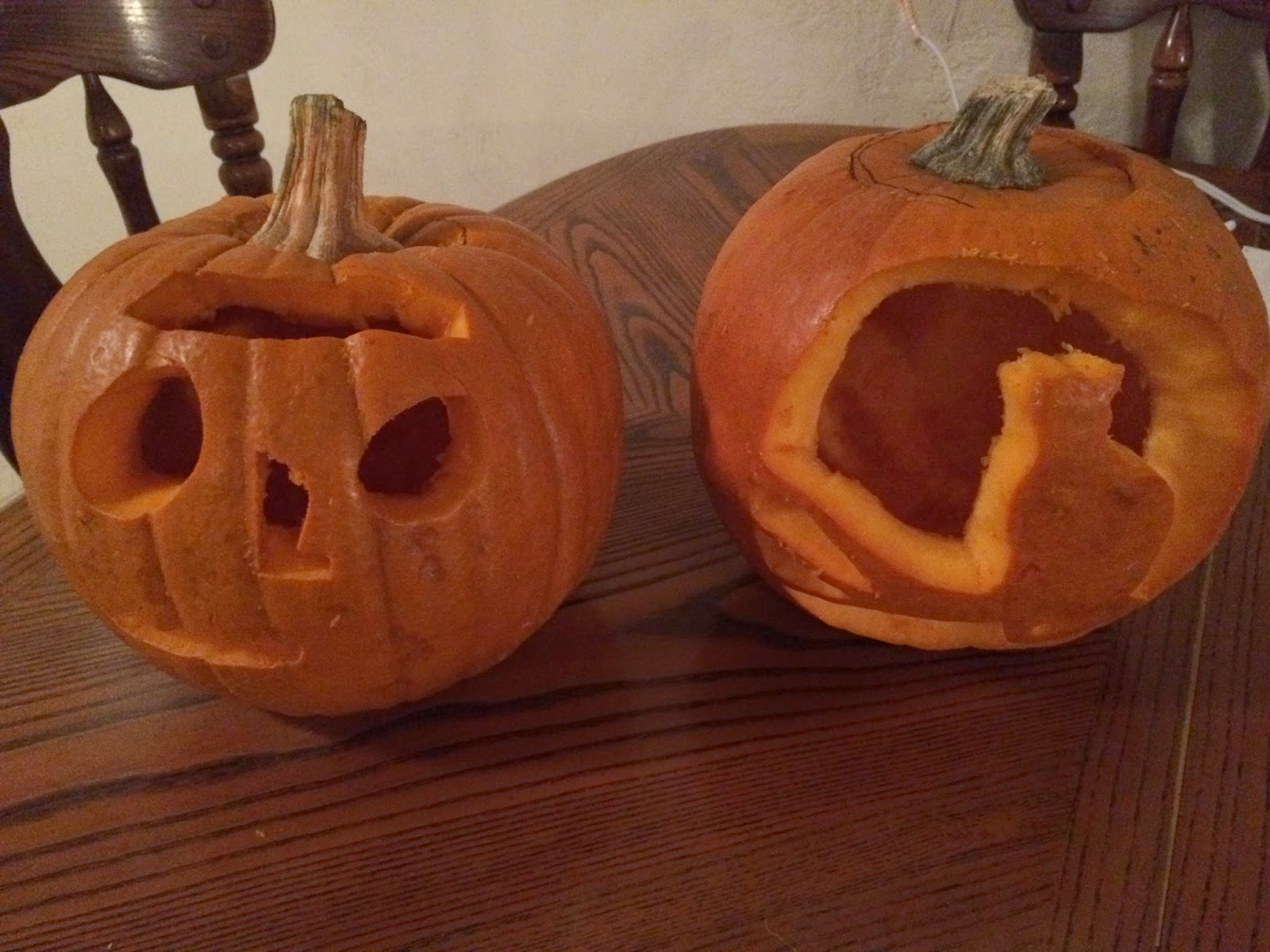 After Scott got home we loaded our pumpkins in to the car and then took off to go to my Mom's house. She was getting some pizza and we were going to go walk around with everyone over there.

But first, we got to sit in the traffic on the freeway. 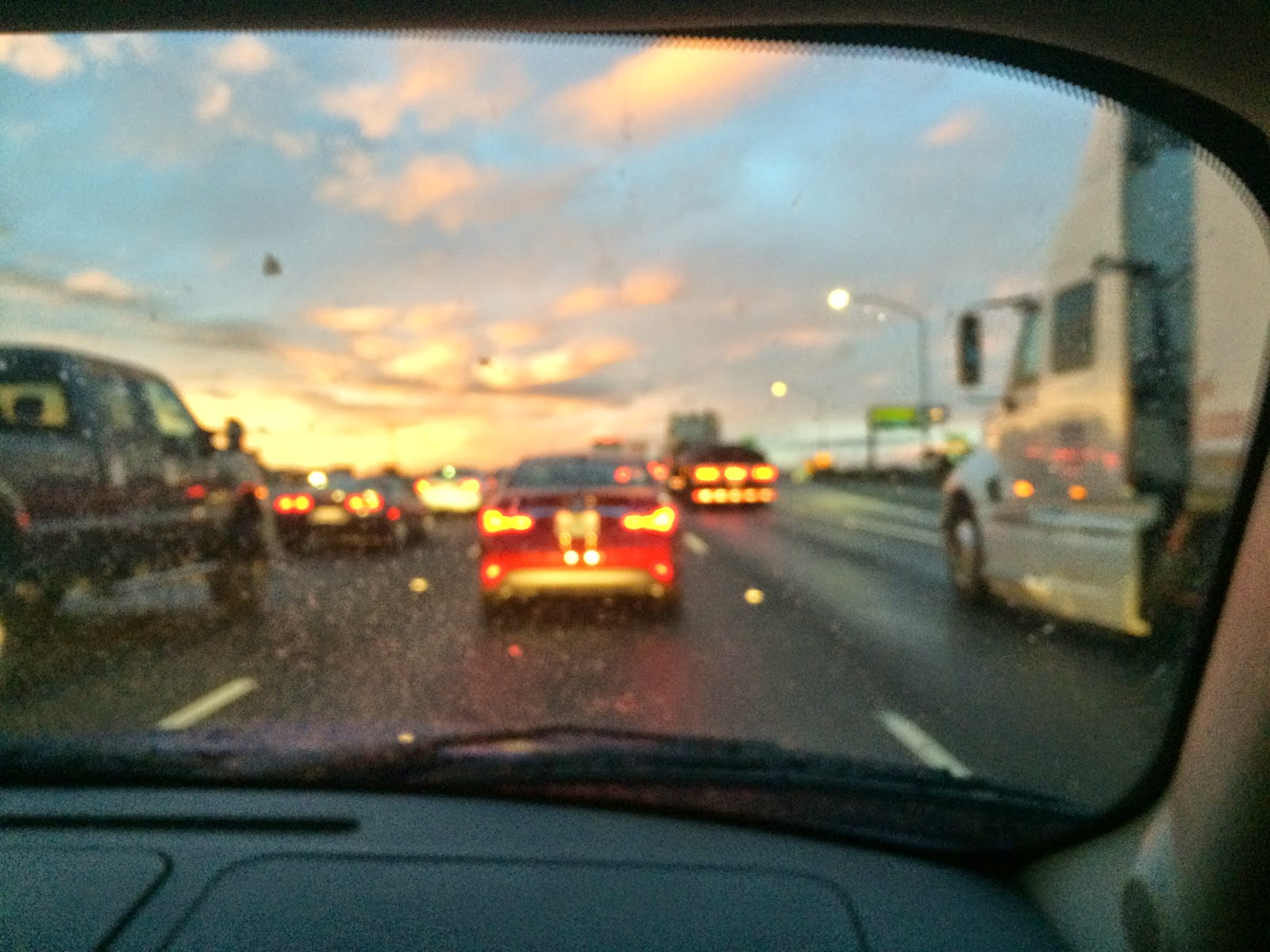 Miserable. But at least there was a rainbow at one point. 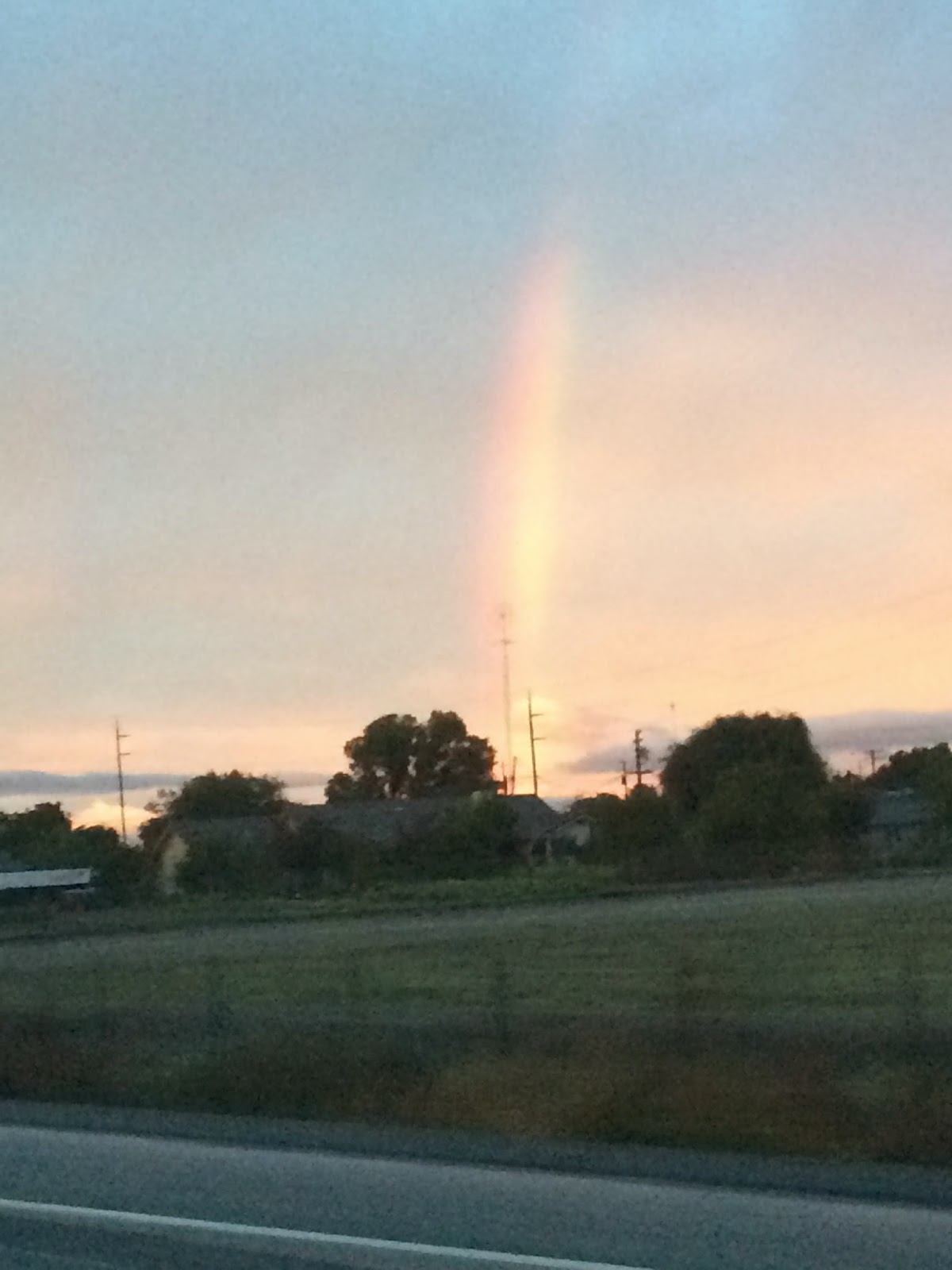 We lit the pumpkins up when we got there. Cute :) 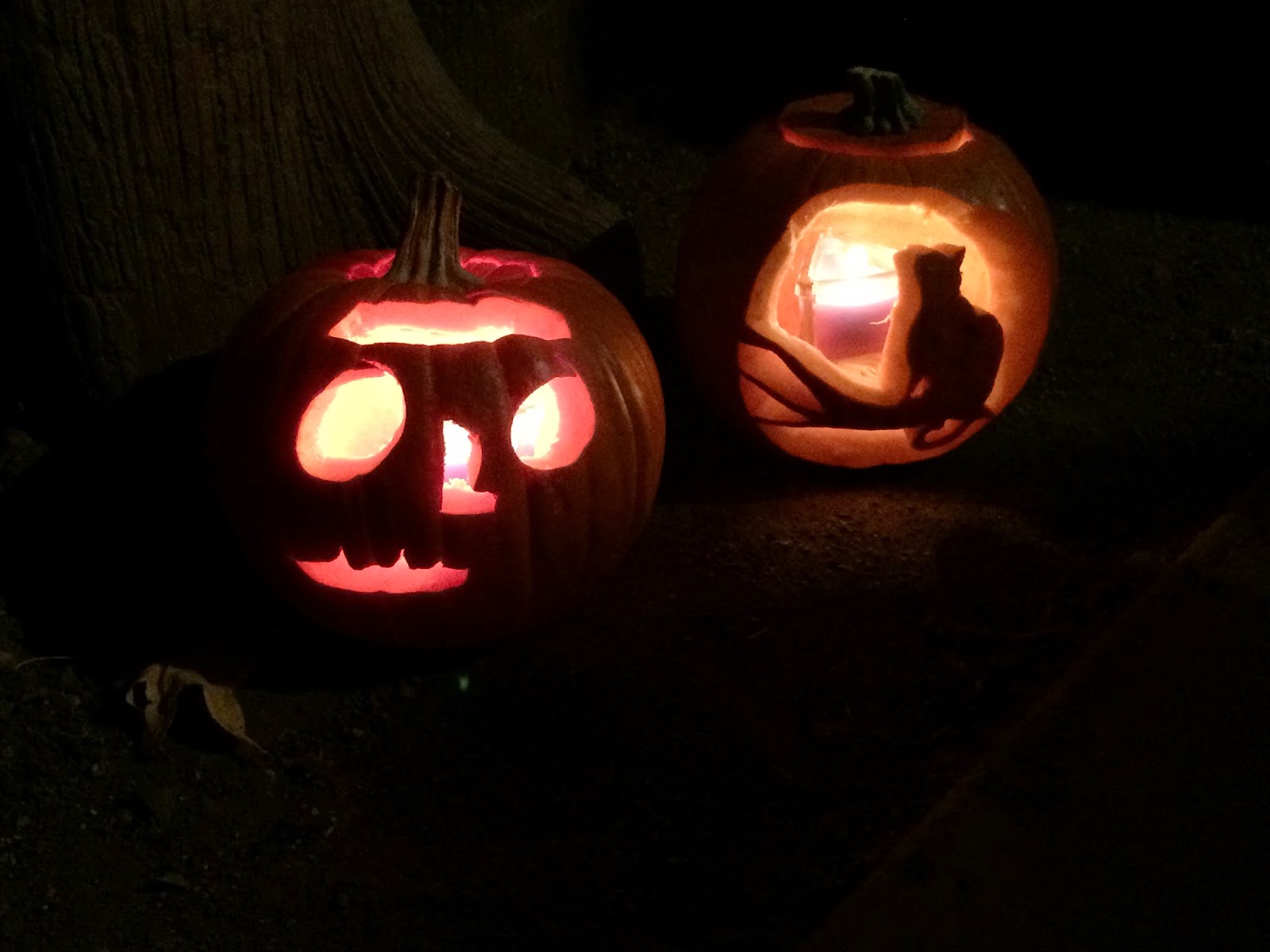 My Mom had her house decorated all cute. 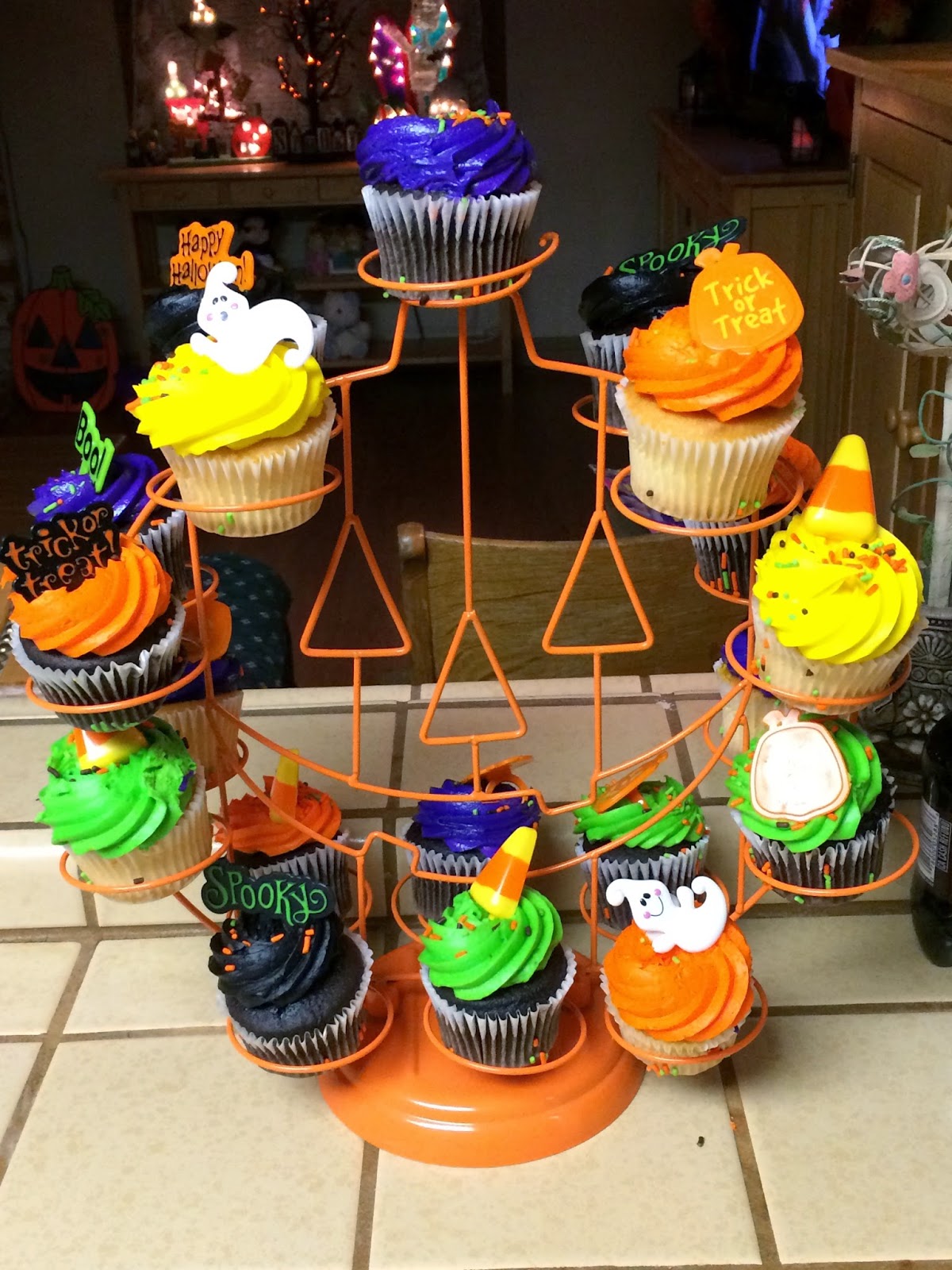 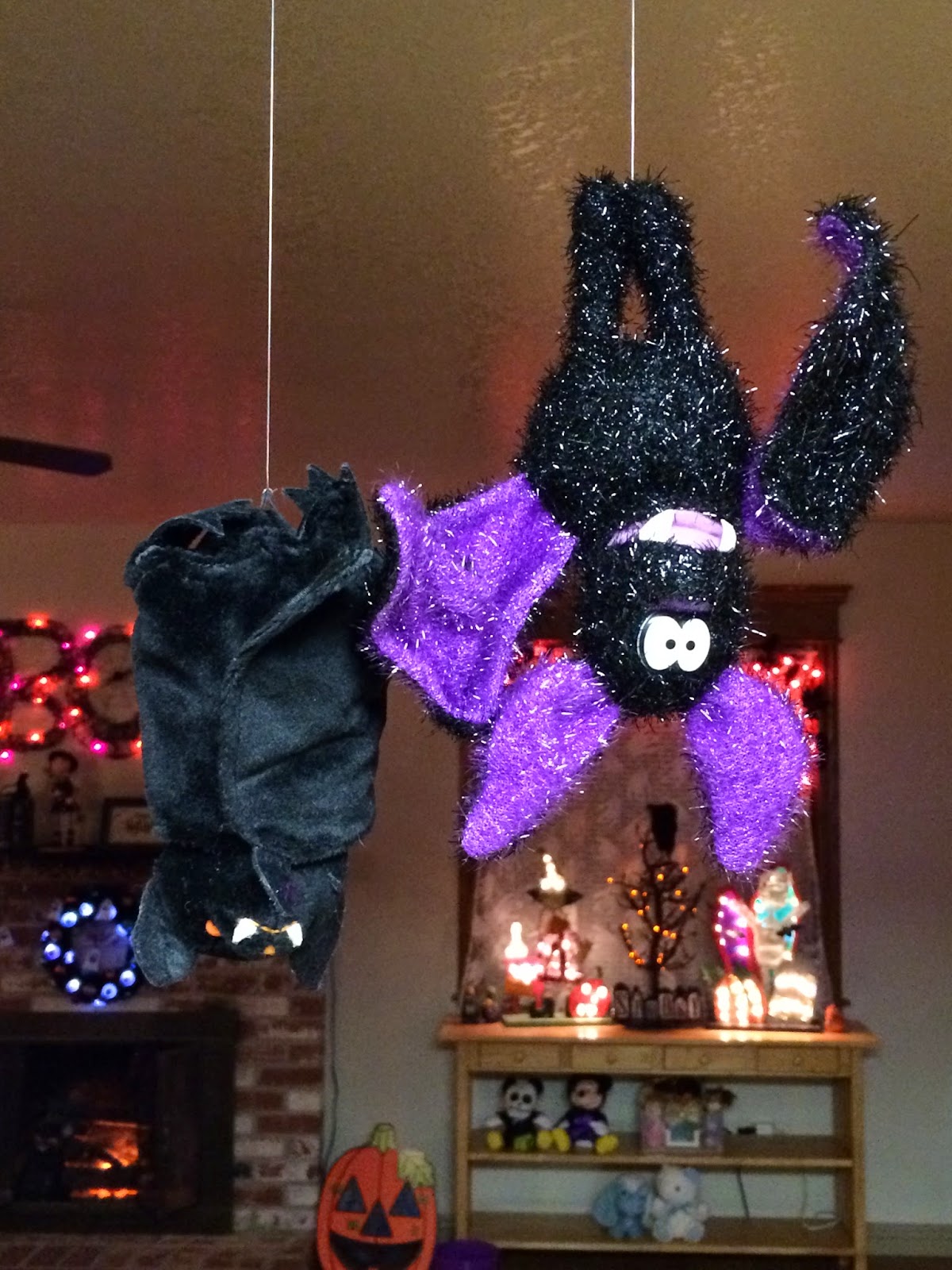 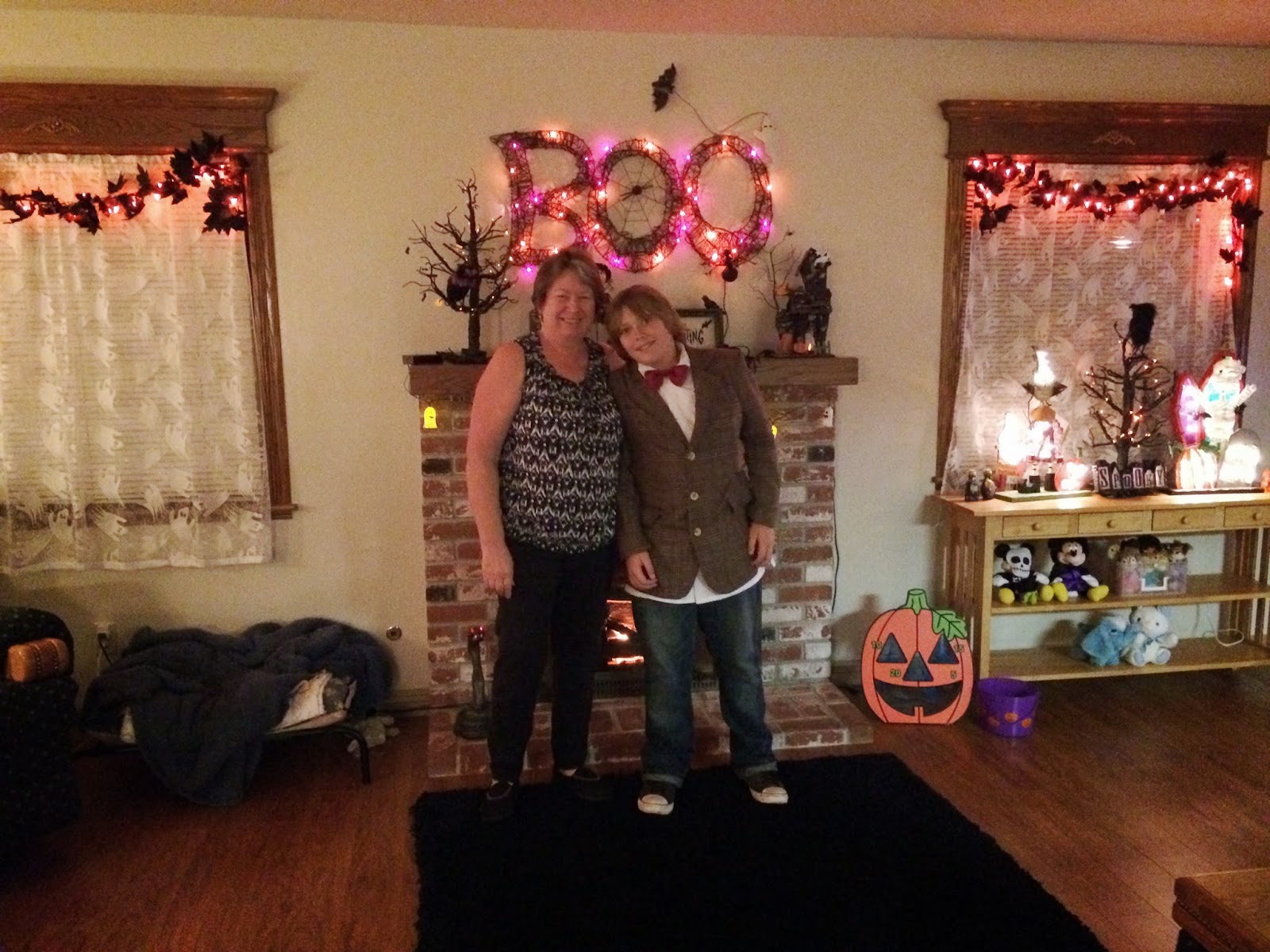 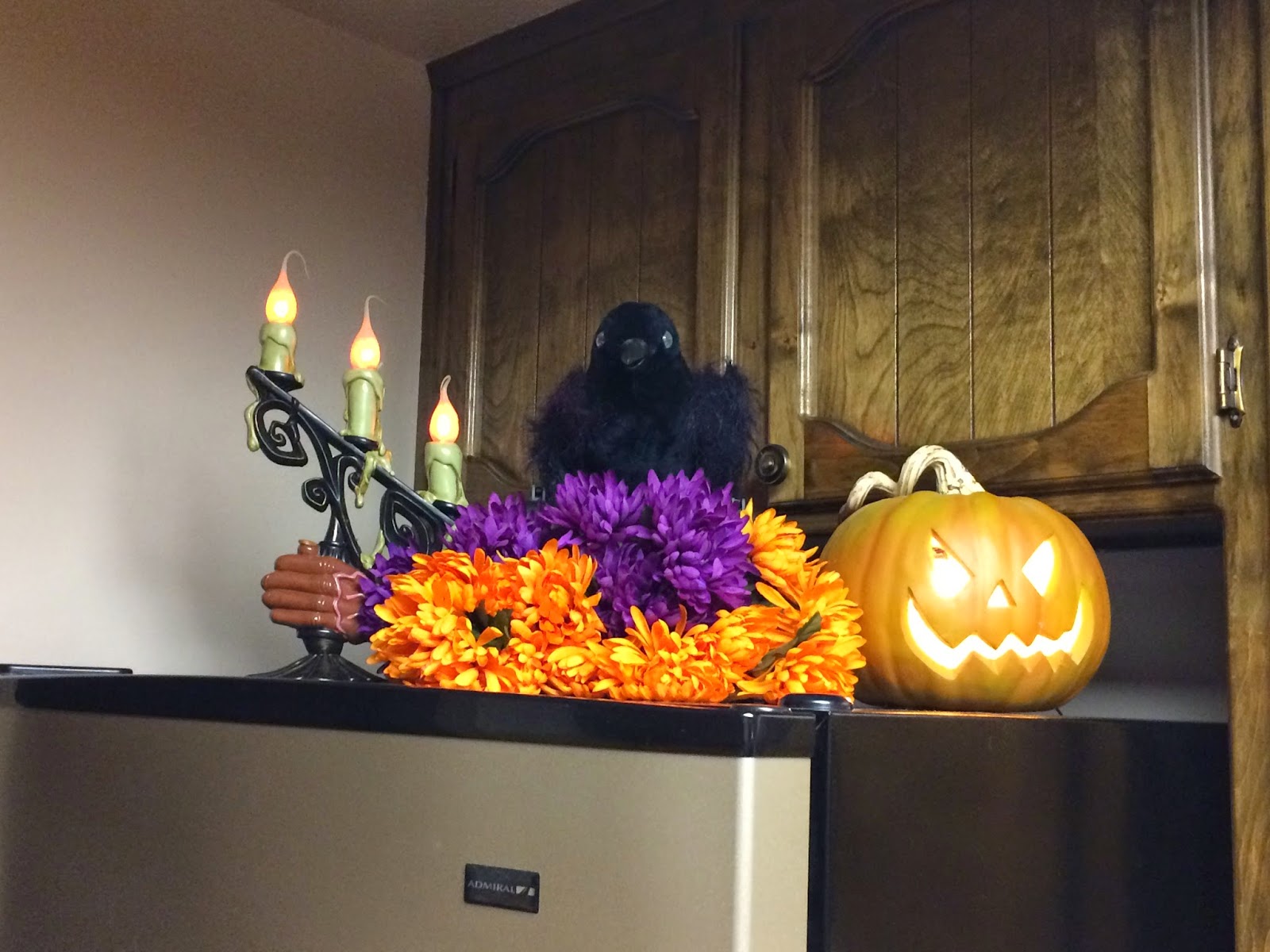 We hung out for a bit and then went outside to let Trevor hit a few houses and found the rest of the family right there in the court across the street. Then we went back over to Mom's and had some pizza.

Adrian was a Zombie 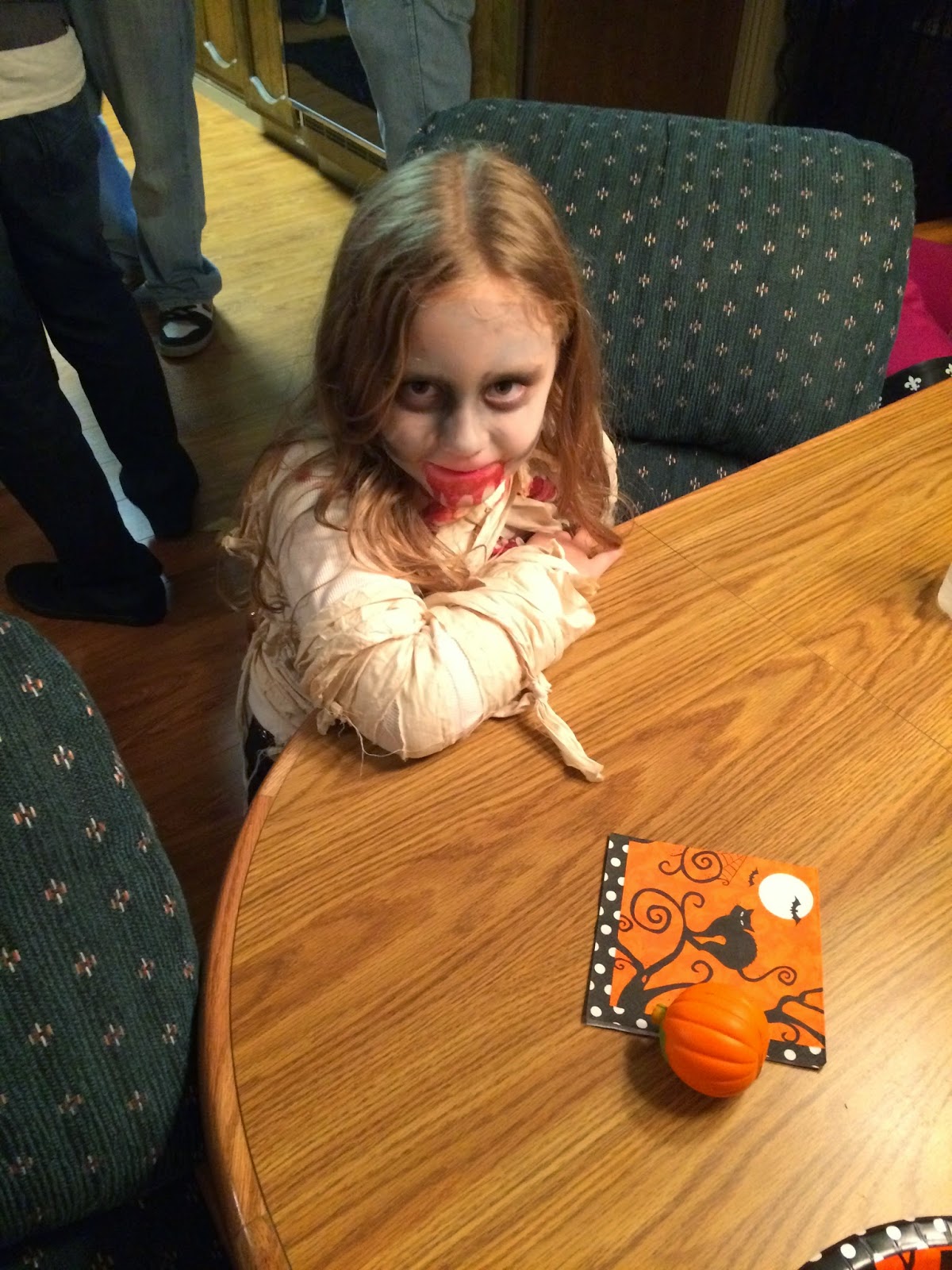 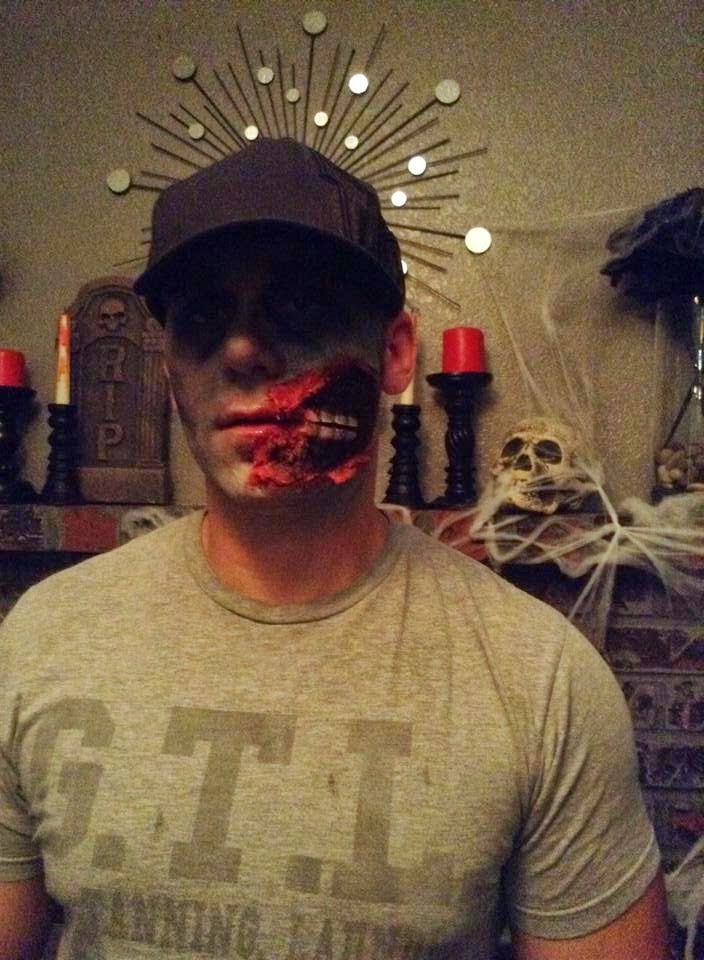 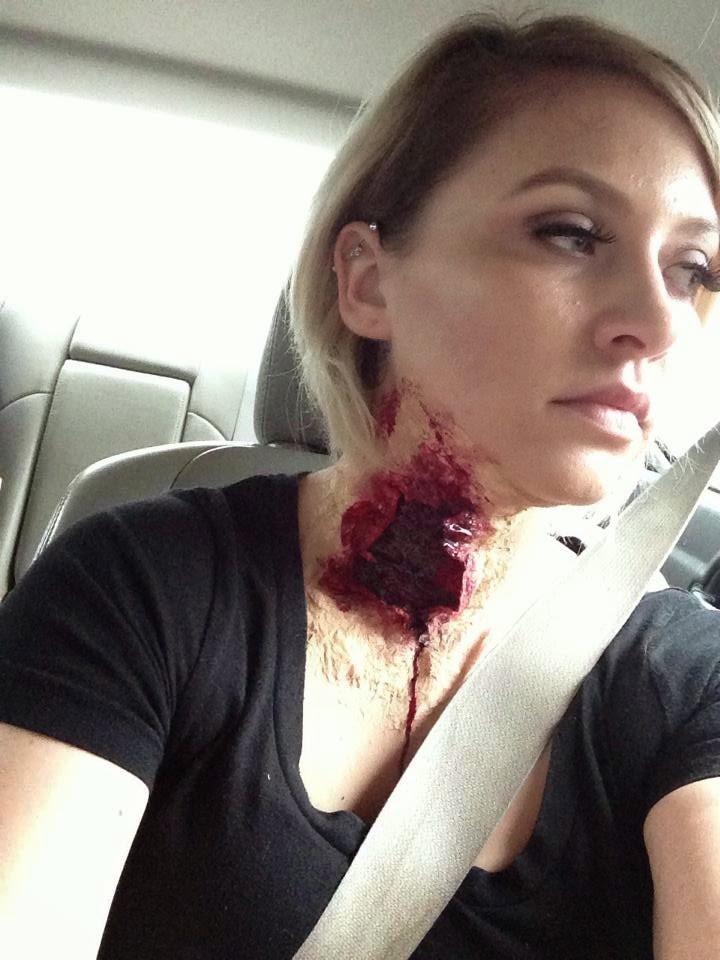 My sister in law is really good at the make up!

Here's my other brother's kids (another borrowed pic) The littles are so cute. The older is kind of icky lol. He didn't wear the "headless" part to go trick or treating though. 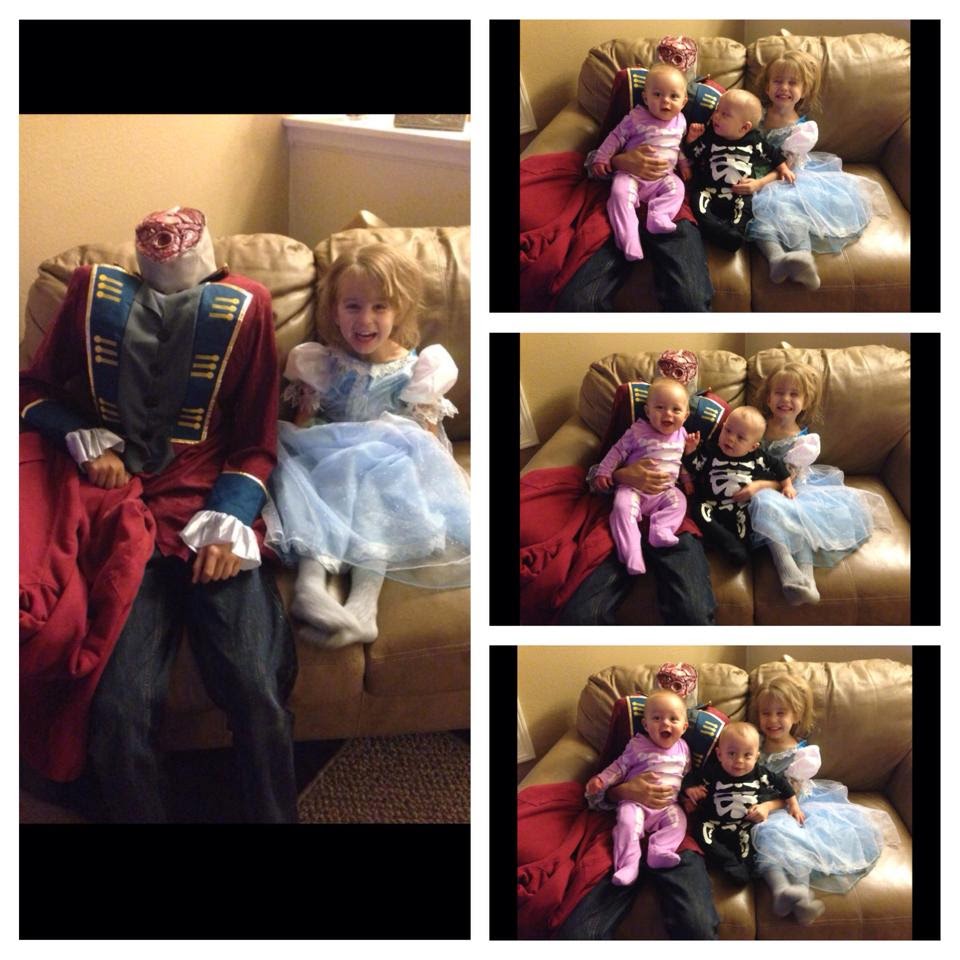 I didn't get to see the twins since they were covered up sleeping in the stroller the whole time but here's a pic of them earlier in the day. Aren't they adorable? 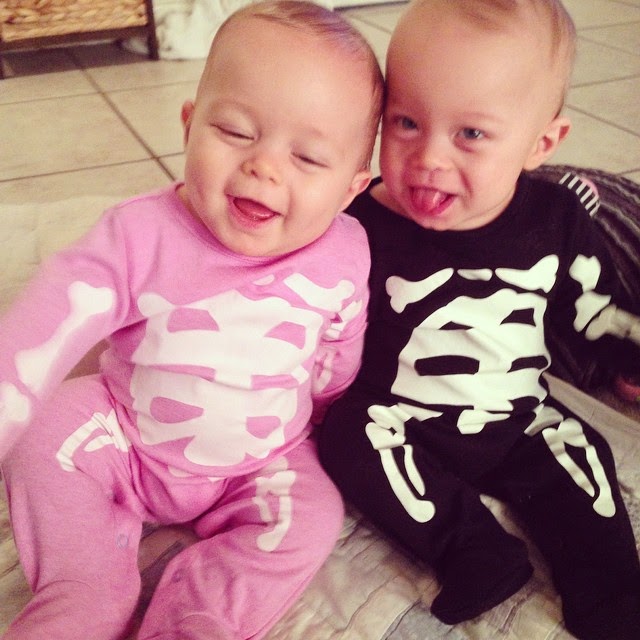 and one more of Ava 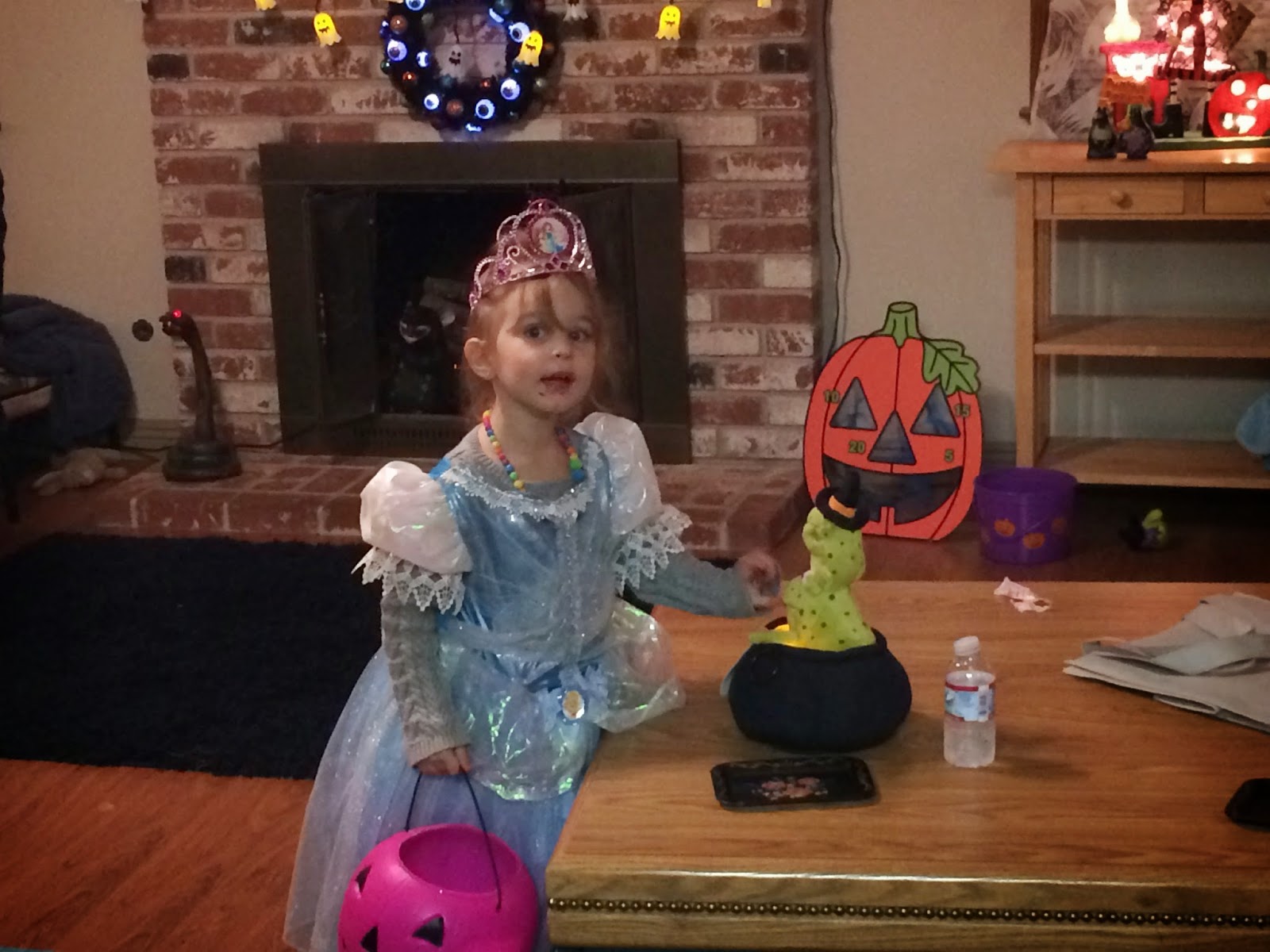 We all went out as a group and went around the neighborhood, which was fun! This house was really decorated neat. There was a "ghost" flying up in the upstairs window. 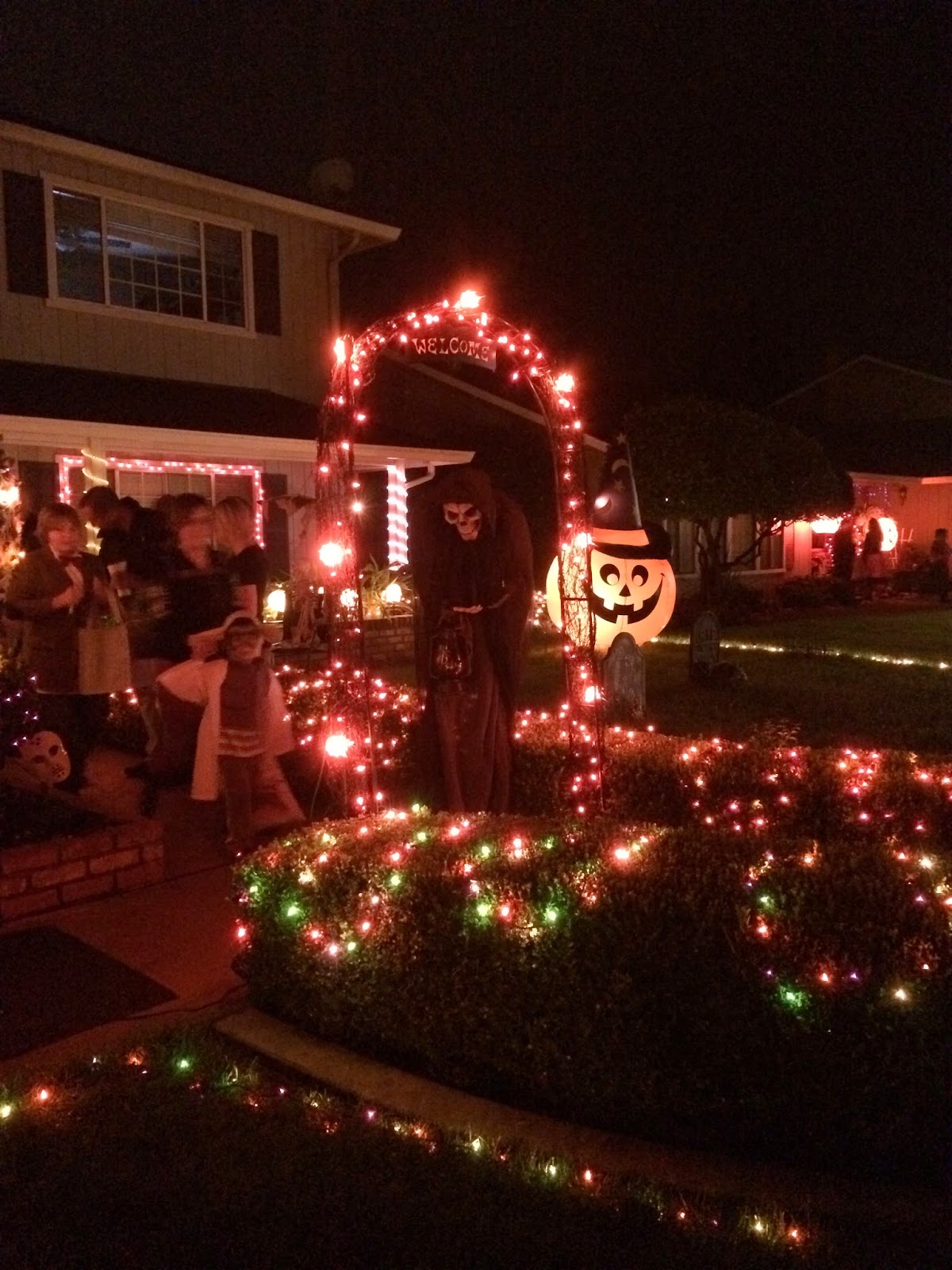 After everyone was done (and it was starting to sprinkle again) we went over to my brother Joe's house and hung out for a bit (he lives down the street from my mom). I was totally exhausted and ready to go home pretty quickly but we hung out a bit so Trevor could play with his cousin Tony.Pin It
Posted by Julie H at 9:23 AM

Good grief you fulla's go all out for Halloween!
Not many people here do their houses up like that for Halloween, mostly it's just kids dressing up and going trick or treating.

I don't do anything! It's not really a New Zeland tradition at all, even though the shops are trying to make it one...commercialism at it's best. Does my head in.

But, I'm happy you guys get so much enjoyment out of it. Some pretty neat costumes too!