Hello all! It's Sunday morning here today and I've decided I need to limit my time on Facebook today.

The thing that is annoying me most is that everone is posting to me about the "make your own masks". I will not be making homemade masks to donate anywhere. I have 4 cats and unless you can guarantee to me that they will be sterilized I don't think that's a good idea! A tape roller works great for fun novelty stuff but not for something you are going to breathe through. Plus I think it's a huge liability that any professional facility would be taking on handing out. Yes they are maybe better than nothing but I'm sure everyone has a sheet they can rip into strips and wrap around their head if they are that desperate.

Ok off my soap box for that.

Yesterday Scott and I went to the store (not super early like I wanted of course) and waited in line to buy his mother's groceries and groceries for us. While we were in line my mom sent me a text to get her some stuff also. I wasn't sure how stocked the store would be but they had everything but Toilet Paper.


Apparently you can make take measures to keep yourself safe and also just be a slob. 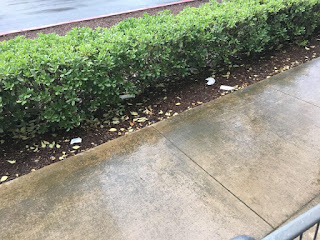 So all together we spent $600! Crazy. $100 for his mom, $50 for my mom, $10 for butter for my neighbor and the rest is me trying to buy enough groceries so that I don't have to go back for at least a month. I keep telling Scott he needs to buy his mom A LOT of groceries but he won't do it because she thinks everything goes bad (even in the freezer). I'm not sure what happened to her survival skills from when she was young and people were poor lol. 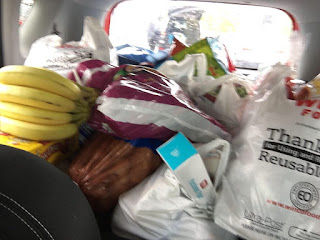 I may or maynot be hoarding dog food. I had bought a bag off of Amazon last week. They had some in the store so I bought another bag. I do not want to experience Rusty getting sick from changing dog food abruptly every again.

I posted on someone else's blog that these times remind me of my Grandma's who grew up in the depression. Grandma Pecka was an adult during the depression. They lived on a farm though so they had plenty and would even help out their friends and family with their rations. She always saved things and bought things on sale. 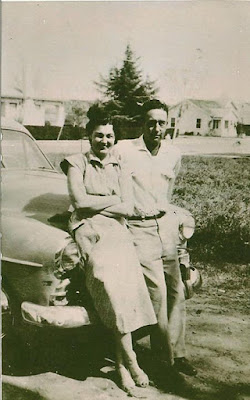 She probably had 10 boxes of detergent on the side of her washer when she passed away (not sure why that sticks out in my memory) and it was just her at that time. She had this big closet in the back bedroom that was full of stuff. She had worked at a hardware store until I was about a pre-teen. She would buy stuff that was marked down cheap and keep it in the closet. Every time I came over when I was an adult she'd go into the magic closet and pull something out for me. Silverware, my lovely nesting Pyrex bowls (coveted by many now!), a waffle iron that we used until it died, crystal glasses (we broke a few in the early days but they've been up in the high cabinet forever now, not sure what I'm saving them for..). When she died I brought home boxes and boxes of band aids, hotel soaps, shampoos etc.


My Grandma Marilyn (ten years younger that Grandma Pecka) had a food pantry in her laundry room with cans of peas and the like lined up. My mom still does the same. Always keeping extra on hand. I used to do this also but when I switched over to eating more fresh vegetables it kind of went by the way side. Once you have fresh veggies, canned stuff is just yucky lol. Well unless you have nothing and then beggars can't be choosy. 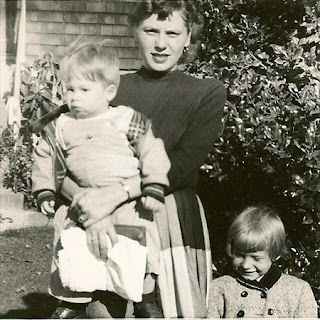 In other news, I'm pretty sure my elderly neighbor passed away yesterday. A fire engine came and they ran inside and then immediately walked back out. They hung out for about an hour til the Sheriff got there. He was there for hours, I'm sure waiting for them to pick up his body. Henry was such a nice guy, loved to garden. He had hundreds of iris and would have a bit of a competition with some of the other neighbors with them.  I will miss him.

Tomorrow is Scott's mom's 90th birthday. We are trying to figure out what to do. She requested steak but then she always complains that meat is too tough so not sure what to do lol. Texas Roadhouse is having drive thru pick up so I thought we'd just do that but Scott thinks she's going to bitch about the food. At least that way it's someone else's fault for cooking it wrong and not ours ;)

This brought back memories of my family and their "hoarding" tendencies with things after the depression. Everything was used and used again and no food went into the garbage. Oh my goodness never. :-)
Hang in there. I'm trying not to eat everything and I'm failing

@Peg, I just had a cupcake for breakfast