Good morning happy Thursday! I'm going to have to go put more clothes on it is kind of cold this morning. This weather is so weird.
Yesterday I finished up my cozies. I got them put on cards but my printer thinks it needs to be fed some fresh ink so I didn't finish with the labeling and packing them up. Debating on even putting them on Etsy, leaning towards no. 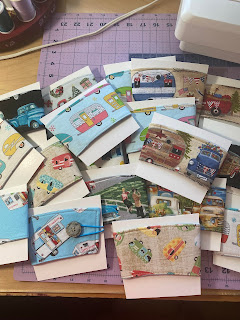 Sewed up these mug rugs too. Then I worked on some piecing for zip bags. Haven't finished up that pile yet. I need to go to Joanns to get batting but might just wait until tomorrow after work when I'm already out and about. 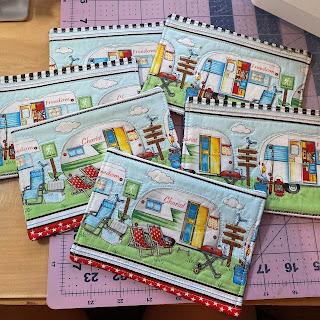 I ended up going back onto Ancestry.com to play around a bit after getting an email that said there was a possible match with a prison record for my mother in law's dad. I have not heard a story about that one so I was intrigued! Check it out, I know it it is him because he was missing an eye (MIL has told 2 different stories on how that happened, one was a hunting trip and the other was coming home with groceries, both involved wolves) His hair! They must have dragged him around by it. He was bald for most of his life so at least he had some fun locks for awhile. The date is hard to read but it is 1904. I wonder what he stole. 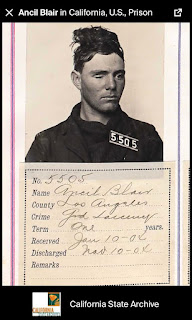 Of course once I go into Ancestry it's a huge time suck. I found this picture too that I have never seen before. That is my mother in law in front, the tiny one. Her name is Evelyn but they called her Anita and then later she got called Ann. 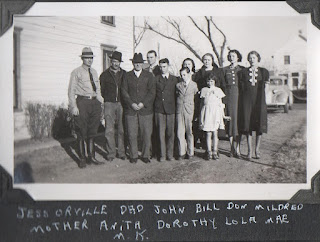 Melissa had to take her kitty Felix to the vet yesterday (one of the kittens I bottle fed). He did something to his claw and had to have it declawed for one or 2 toes. Poor thing! Got stuck on something it sounds like.
Snookie is making the most God-awful licking and snorting noises this morning sheesh. Dogs are disgusting sometimes.
Ok off to find some socks. Not that I'm complaining it will be hot soon enough!
Pin It
Posted by Julie H at 11:04 AM

ancestry can take a lot of my time so I get it!
It's cool to see that stuff though.