Good morning happy Tuesday! This week is moving along  whether we like it or not haha. Yesterday was fun. I found out in my staff meeting that we're going back to work next month! What!?!?! Something about how we can telework 3 days a week but not set days blah blah blah my mind is in a panic. So I messaged my soon to be boss and was like what was that? She said she'd find out if they could do something more helpful for me and came back with me having to go in 2 days a week.

I put a little feeler out on FB asking if anyone would be interested in working one day or know someone who might be interested. My sil/niece was like my dad can't even do one day? I was like well probably not he hasn't even come by in two weeks. So she calls him and says he's going to take a shower and come over and discuss a schedule. I'm like blown away! Wow that is so nice and was so easy.

Two and a half hours later he finally shows up, says hi then goes and talks to his mom for a sec, then goes out and MOWS THE LAWN (postage stamp size here). I go out and corner him in the garage and he basically is like he's too busy to come for a day and how he's tried to find someone but can't blah blah blah. Guy is fucking retired and can't spend a day with his mother. I'm like we are ALL busy and went on to tell him how his brother, who by the way commutes almost 4 hours a day AND no longer gets paid on Fridays has spent every night here since the end of January. 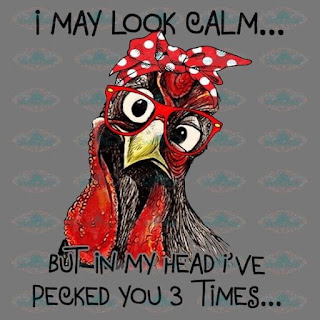 He told me at one point to just leave her here alone and go to work. I was like she'll be out the door at the neighbors and they are going to call the cops. He's like I'll hire someone. Yeah sure you will you douche bag.

Meanwhile one of my friends says he can come work from home here and not have me pay him. Someone that doesn't even know her. It's amazing what great friends I have compared to douche bag family members.

So anyhow, back to work soon, Scott might end up having to quit his job to take care of his mom or we'll have to put her in a home. Pretty much comes down to those 2 options when I go back full time. Sad to say but hopefully she'll just fall asleep and not wake up.

Yesterday she slept until almost 10am, then got up for the bathroom and had a bowl of cereal. She woke up again at 4:30ish when the douche stopped in, had 2 graham crackers and a pudding and fell back to sleep. Scott woke her up at 8pm to have some dinner and take her medicine. He said after I left she told him she's not used to eating this kind of food for breakfast lmao. Chicken, pasta salad and peas at 8pm. He's like I guess we could just give her breakfast any time of day. I was like you know you're right she never complains about cereal. He says or pancakes or eggs lol.

Hopefully he doesn't fall asleep driving to work today. He said he couldn't sleep thinking about his brother and being pissed off sleeping on the COUCH at his mother's house. We really just need to get a bed for here. I'll have to just go buy one when I have a spare minute hahahaha.

I went to bed earlier last night so I'm not as tired this morning. No morning nap! Will I make it all day? lol.