Good morning happy no work Monday! Does anyone else wonder if they are ever going to change the name of Columbus Day to Indigenous People Day or something? So weird we celebrate Columbus who didn't even land here lol.
Anyhow!
Daniel's birthday party was a lot of fun. He loved the "favors" that came with the kit I bought. It was mostly stickers and keychains. He played with them the whole party. 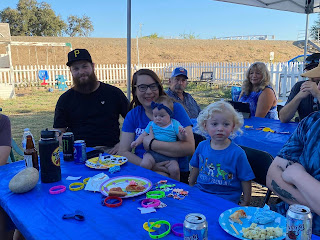 There was a nice turn out 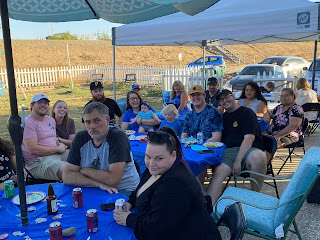 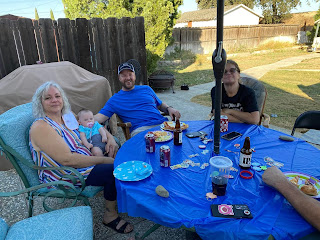 The cake was delicious! Safeway has the best cakes 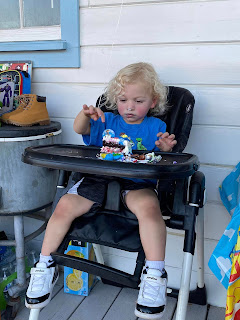 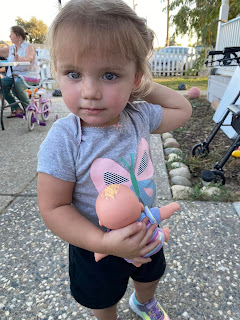 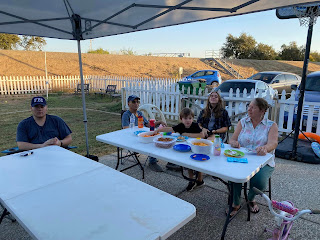 Big Daniel's dad brought these huge cut outs. They were so cool. I think Jess said she wants to mount them on the wall in his room. 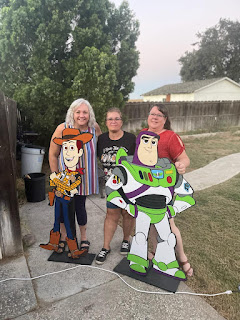 Little Joe and Little Daniel looking like they were playing but really Joe is not giving Daniel his toy and he's pissed off about it lol. 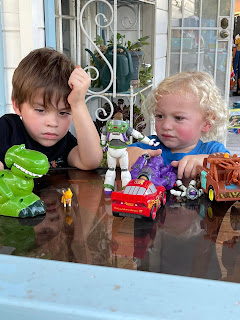 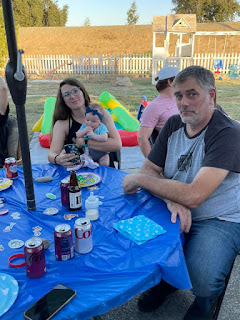 After the birthday party we went over to the Tiki party at our neighbor friend's house. Melissa hung out and spent the night since her boyfriend was working. Jess and Daniel were able to come for a bit too since his sister was there to babysit.
Scott was having a great time since his buddies came too. He went to his mom's between parties to give her dinner and then spent the night at home. 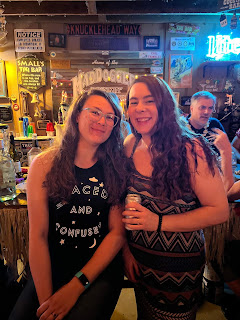 The Dude, my friend's dog. He was so happy for a nap in the chair. We stayed at the Tiki party until after midnight then came home and crashed. 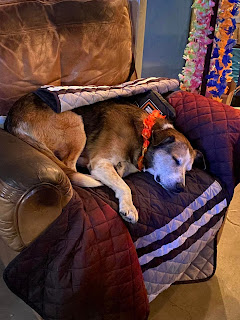 Yesterday I just sewed all day (surprise). Today's goal is to finish up these bags. I did some keychains and a few cozies but I'm just going to wait to take pics of those until everything is done. 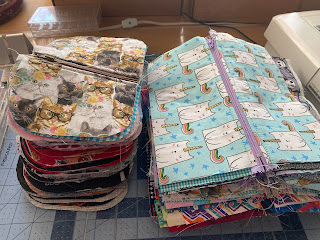