I need some Motrin STAT!

I've totally neglected my yard this summer. Between work and the heat I had a lot of excuses to not go out there, which is really sad.
Yesterday I went over to talk to the neighbor and on the way back pulled a few weeds and then realized that the bermuda grass was winding it's way into the middle section and trying to take over.

It made me want to throw up a little.
After all the work I've done, that would be a lot of undoing.
So I started pulling weeds and cleaning up and three hours later I went in the house. Yes I can hardly move today!
I snapped a few pictures this morning to share.
I ended up pulling out the rest of the allysum (and that nasty weed stuff) in front of the bushes and along the heart stones to tidy it up and hacked back the mums at the end. I like being able to see the stones again. I'm so glad I impulse bought those! I get a lot of compliments on them and the place I bought them at went out of business not too long after. 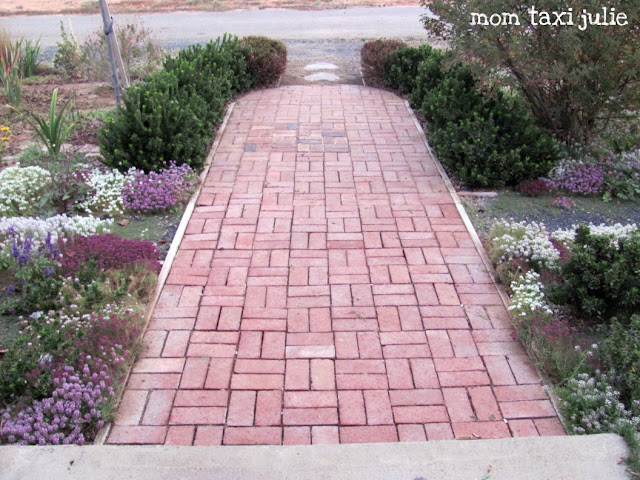 These little pink mums are trying! I trimmed them back a little too to dead head them a bit. I think I'll get something bright to put in front of them for some color pop. 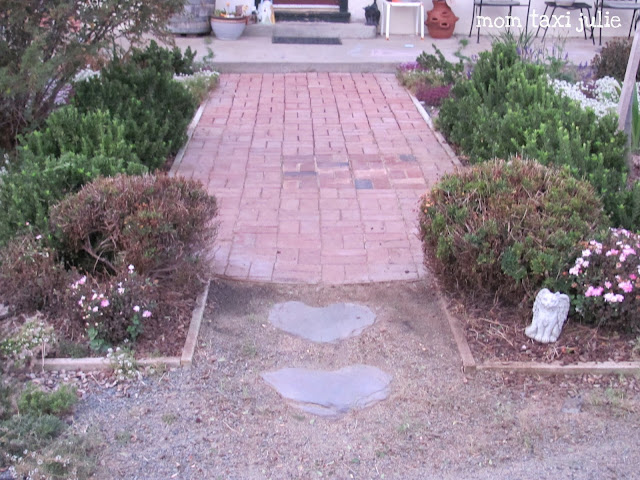 I pulled out a ton of weeds. You can't tell and it looks sad but it's cleaned up quite a bit! I'm debating on pulling out the rest of the allysum and doing a border of something bright and cheery along the edge. The more I think about it the more I think that's what I'm going to do. I don't like when the allysum gets all stringy looking. 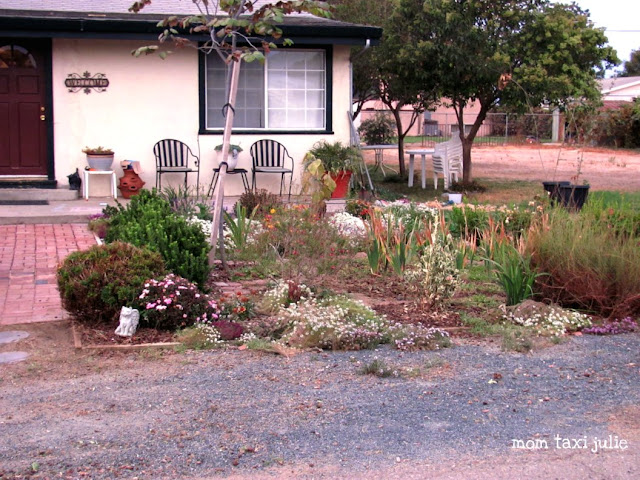 I didn't do anything on this side other than the lower corner of the picture here. Look how big that hibiscus bush is (upper right). It's dwarfing my tree. The new tree I planted on the left is doing really well. I have a feeling that eventually that middle tree will come out. It just doesn't seem to be doing that well. 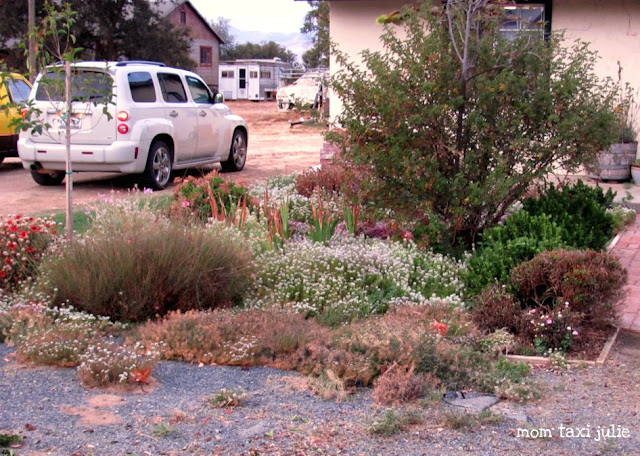 On the other hand my Indian Blanket Flowers are doing AWESOME. I really love these plants. I should get a few more. They don't need a lot of water and they get to be a pretty good size. 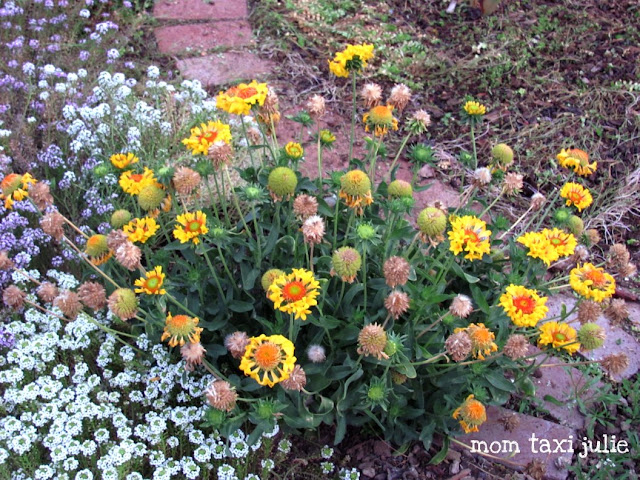 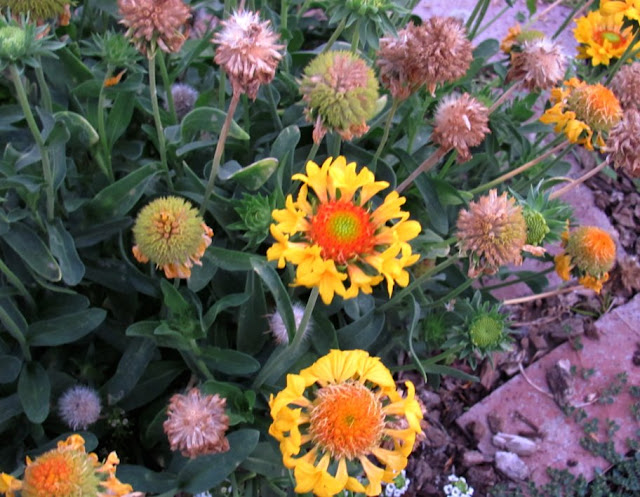 I even love when the flowers are done, aren't these puff balls adorable? 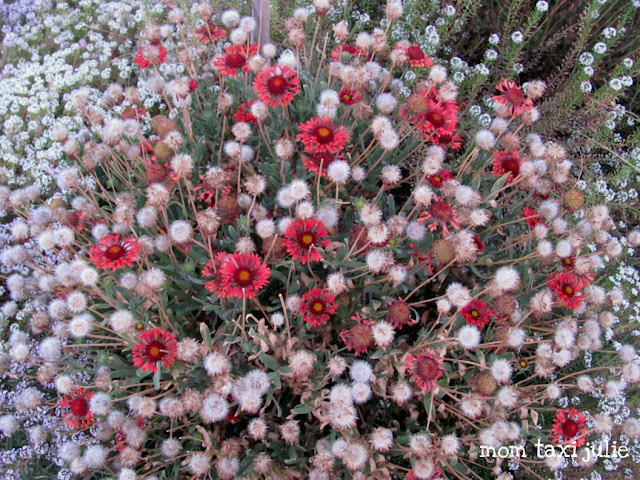 I still have a lot more work to do. Now that the weather is cooling off it will be a lot nicer to work outside. What's your favorite fall blooming flowers?
Pin It
Posted by Julie H at 10:23 AM

I think a border along the sides would look so pretty. Though you've already done such a great job - looks great.

I love the fall mums in oranges and yellows. I got some for our front porch this year!

Your walkway is beautiful Julie.

I love mums in deep reds with the yellows together.

I love any flower that will survive my not-so-tender ministrations.

Screw it and pave over everything and put a water fountain in!