School Carnival Fun (for the kids)

First off today I have to say THANKS COLUMBUS for not discovering America. My kids have school today but ME? I have the day off. Woohoo. 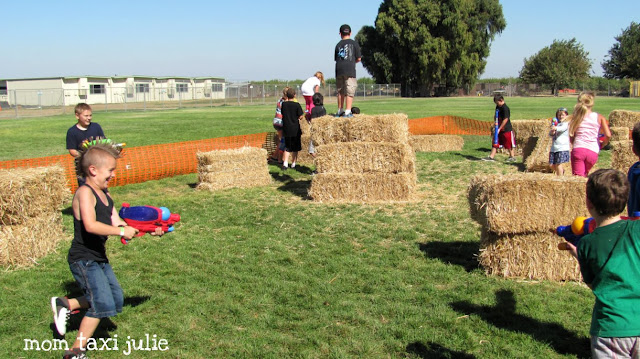 I've got the laundry going already. There is a very strong probability that I WILL get the laundry caught up today. So did you all have a great weekend? 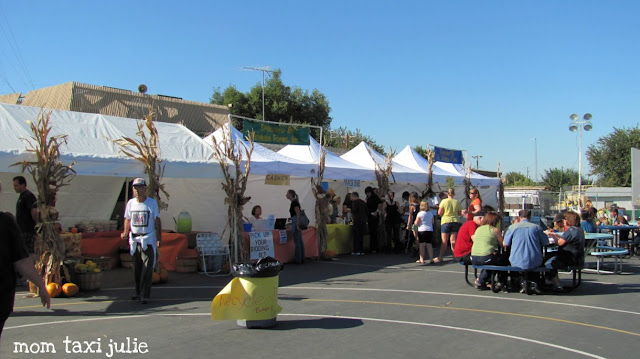 Saturday was quite the busy day with the kid's school carnival AND the wine stroll. First off, the carnival. I had volunteered an hour for each kid's class booth. Trevor's was the bouncy house. I got to man that for an hour, which was pretty much a piece of cake other than telling some boys if they were going to be fighting (might have been play, I'm not sure) they weren't going to be able to bounce. After that it was the water gun fight booth for Melissa's class. Last time I worked this booth I ended up with blisters from opening and closing the water guns for an hour. This time there was a bunch of high school boys helping out. All I had to do was let the kids in, set the timer and tell them when time was up. Pretty nice! 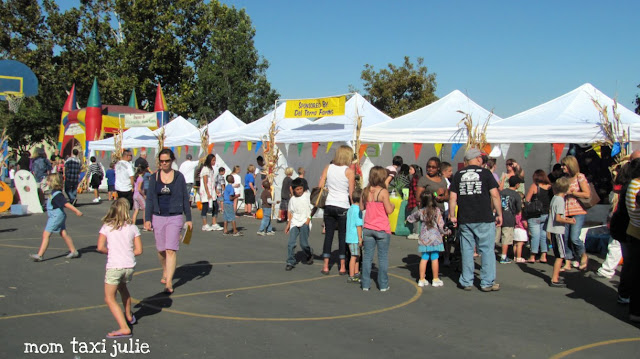 After I was done working in the booths I had myself some nachos and listened to the band that was rocking the stage. They were really pretty good!  Trevor spent the whole time there playing the water gun war game. He was totally soaked but had a great time. Melissa's best friend that doesn't go to her school anymore was there so she was in heaven. 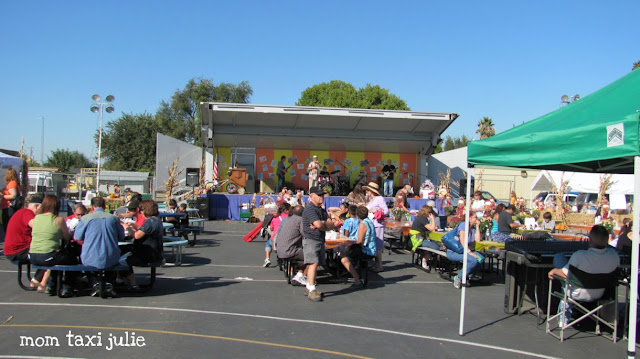 After the carnival I went home and got ready for the wine stroll!