Good morning happy Tuesday and February 1st! Only 7 more days until my birthday and I think 13 years until I can retire haha. I was counting in my head on the way over to my mother in law's house this morning. 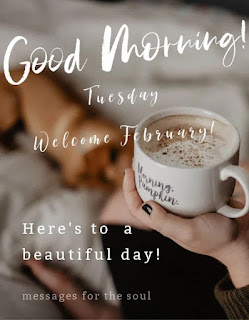 Yesterday mil wanted a hamburger for lunch. So far we've tried Wendy's & McD's so I decided to try Burger king and got her a Whopper Jr, no onions. (not my picture but ours looked about the same). FINALLY I found a burger she didn't complain about haha. I'm assuming it was because it had mayonnaise on it so not so dry. 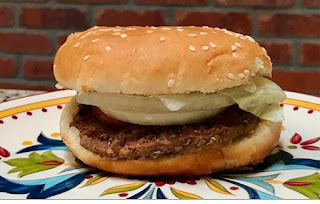 She pretty much slept all day yesterday. I kept watching her to make sure she was breathing. I was talking to Jess and she was taking the little one to lunch at our favorite Mexican place so I asked if I could tag along. The presentation was much better this time haha. 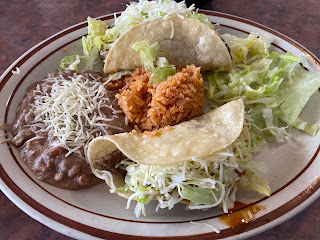 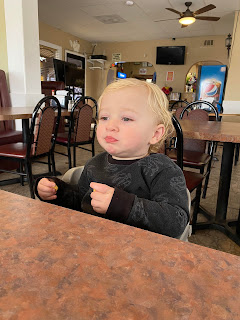 After work I worked on shredding more of the 500000 random papers mil saved. Found some proof of her being over medicated when my sil (a different one than the one that passed away) was taking care of her. She weighed about 80 pounds and was taking Lorazepam 3x a day.  During this time period we thought she was dying. She couldn't walk and just cried ALL THE TIME. I think it was someone's way of not having to deal with her. 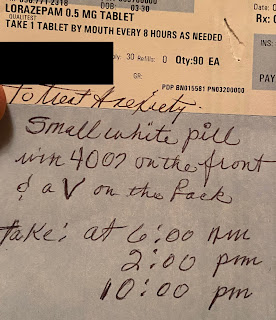 On a happier note, look at my husband when he was 4 weeks old. I've never seen this picture before. It was in with his grandmother's pictures. When he was a teenager his grandma came to live with them for a short period of time so there's pockets of her stuff in the house too. 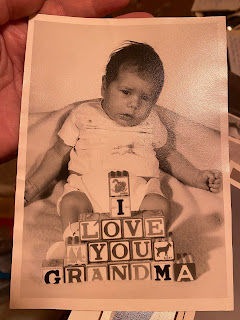 I found a newspaper clipping with this on it, I thought it was a good one.

Maturity is the ability to control anger and settle difference without violence and destruction.

Maturity is patience. It is the willingness to pass up immediate pleasure in favor of long-term gain.

Maturity is perseverance, the ability to sweat out a project or a situation in spite of heavy opposition and discouraging setbacks.

Maturity is the capacity to face unpleasantness and frustration, discomfort and defeat, without complaint or collapse.

Maturity is humility. It is being big enough to say, "I was wrong." And, when you're right, you need not say, "I told you so."

Maturity is the ability to make a decision and follow through. The immature spend their lives exploring endless possibility and then do nothing.

And-based on the Serenity Prayer: Maturity is the art of living in peace with what we cannot change, the courage to change what should be changed, and the wisdom to know the difference.

I thought we were almost done with shredding all the papers but I turned around and the whole underside of the desk if full of stuff too. My nose is all messed up from all the dust. Not only have there been bank statements and cancelled checks from the 80's, but just like junk mail that she didn't want to throw away because it had her name and address on it.

While we were working in the bedroom my brother in law stopped by to be important, pay some bills. He said that they put the cause of death for my sil was a heart attack. Sad but I'm glad she didn't have cancer (or Covid). Judging from the smell of her bedroom she smoked non stop when she was home. so 50ish years of smoking cigarettes it is amazing if something doesn't get you.

I need to see if I can go online and add internet to mil's cable so I don't have to keep using my phone as a hot spot. Cheaper than hiring a nurse to be with her all day right? Just in case anyone questions that lol. Not that I don't plan on paying for it anyways. Just seems the easiest way to get internet into this house. I don't know how these things are usually done since I live in the sticks and we only had one option when we got ours installed (satellite dish on the house).

Can't think of anything else for today, so there you go. Probably more than enough haha. Hope you all have a nice day!

If I ate as much as you do to lose weight I would gain weight.
Not fair!

You are your mother in law’s hero. Internet is a small price for her household expenses to absorb in exchange for all that you guys are doing. Besides, other family members could use it too—maybe they’ll come more often. 😏. Molly in Michigan