Melissa made me go on her field trip today. We went to the Gallo Centerwith all the band and choir kids from their school. I didn't even know what we were going to see since I didn't pay attention when she brought home the permission slip. Turns out we were there to see craicmore which is an Irish/Scottish band.

The ride there was really loud since I had the school loud mouth sitting behind me on the bus. OMG did your mama never teach you "inside voice"? My ears were seriously ringing by the time we got there from her LOUD talking. And I knew all about how her dad and the neighbor guy got in a fight when their dog went over the fence and tried to kill the neighbor's dog that was tied up. "It was just playing though". Yeah right.

Anyhow, we got there and the bus let us off in front of the Gallo Center and there was a guy on the corner holding a sign that said Jesus is the Savior and something else. Guess he was feeling the love of God today.

Waited outside for awhile and then we finally got to go in and we were sitting in the 4th row from the stage so that was nice. 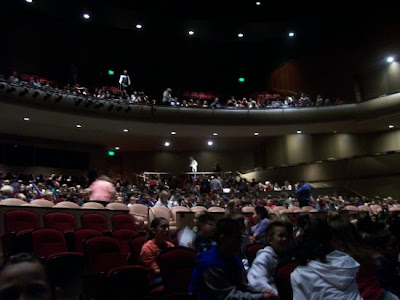 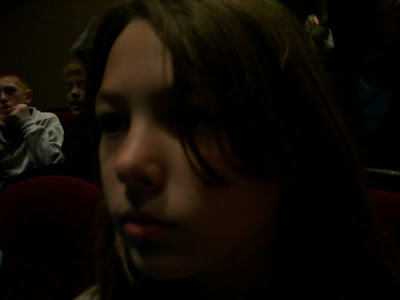 When they first started playing she was singing in Irish and 2 of the guys were wearing kilts so that got some snickers from the kids. Soon they all were enthrawled with the band while they taught them where the instruments came from the different types of Irish-Scottish music. They alternated between being educational and entertaining. It was really a great show and Melissa LOVED it. She was stomping her foot and clapping along with the music almost bouncing out of her seat. Gotta love 4th graders!


They closed the show off with the woman doing some Irish dancing to a "jig". That was great! 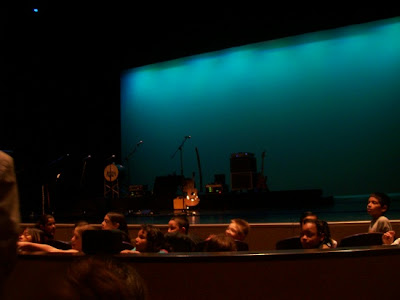 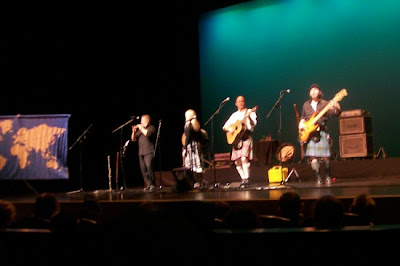 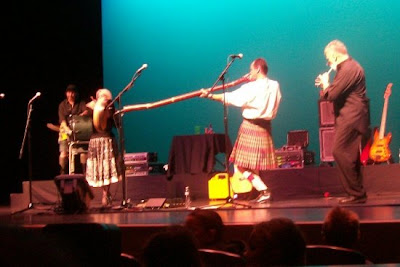 They said they are playing a show tonight, I'm sure geared more towards adults. It would probably be a really fun show to see. I just checked and they still have tickets available. They are $25 a seat though. Can't swing that right now.

After the show we got back on the bus, went a few blocks and stopped at a park to eat lunch. The kids all played on the playground while we sat around talking for about an hour. Then the ride home was much quieter, noisy girl was listening to an Ipod or something, thank God! Glad I got to come home for a little bit before the kids get out of school!Pin It
Posted by Julie H at 1:03 PM

Your field trip experience sounds just like most of mine. I've got one coming up to go to Kennedy Space Center with Nate's class. I'm looking forward to it cause I haven't been in years plus I haven't gotten to spend much time in his class so I really don't know his friends this year.