Mother's day morning I was treated to Scott making us breakfast (and giving me a card), flowers from both the girls and a cute card from Trevor. It's so nice when they still make you stuff in school. It's a guaranteed present in case everyone else forgets :wink:

After breakfast we just took it easy for awhile and then went to Scott's Mom's to take her a card and some flowers. I forgot to take pictures over there. We didn't stay too long. I think his Dad was sad that we weren't staying for dinner.

We left there and stopped at the store to get a few things to take to my brother's house and the kids ran into Starbucks to take advantage of the last day of the half price frapps. We all met at the car and then went over to my brother's house for a BBQ, swimming (but it got windy and only my kids swam for a bit) and hanging out.

My brother got my Mom this awesome necklace. 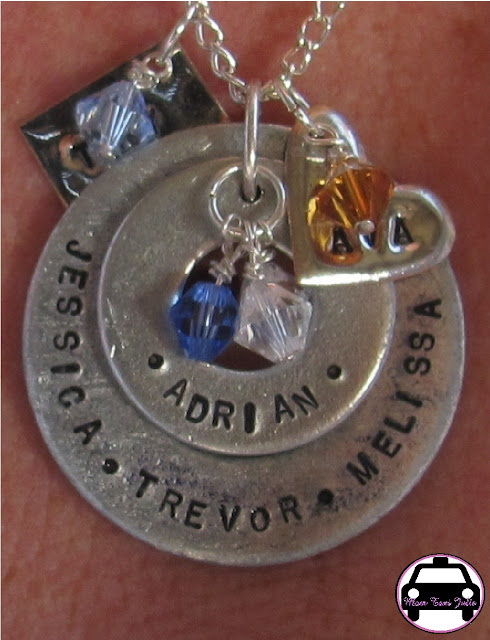 And her modeling it 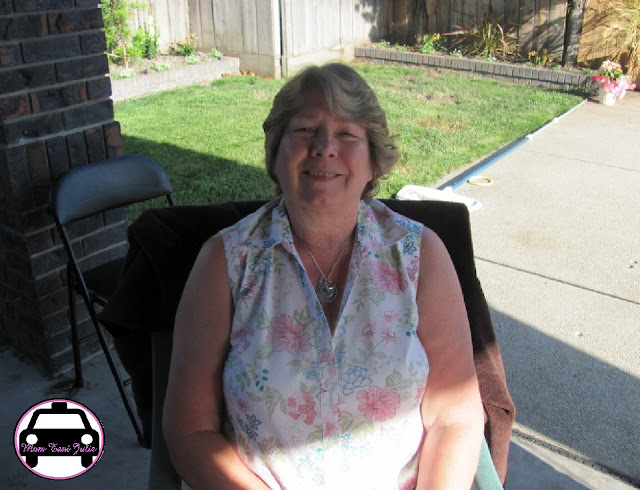 I resisted bags of chips being set down right next to me. We brought chicken but there were hamburgers too.  I did have half an Italian sausage.

I took my Greek salad (cucumbers, tomatoes, red onion, feta, olives and some fat free Italian dressing) so I knew we'd have a healthy side dish to eat. One sister in law made potato salad (had a bit) and the other brought corn on the cob with some chile lemon seasoning on them (so good!).

We left a bit earlier than we normally would have since I was coughing a lot and not feeling all that great. Plus it was cold and windy outside where everyone was sitting.

Annnddd we weren't having any drinks because we didn't want to consume the calories.  One way to make me be sober!

Scott has started counting calories with me which makes me pretty excited. I hope he can stick with it! Some people seem to be able to and others not. Which, I totally understand because I know you have to be in the right frame of mind to be successful.Pin It
Posted by Julie H at 6:23 PM

Sorry to hear you are coughing... I hope you stop soon.
Still sounds a bit cool there, it is getting very cool here now... Winter has arrived.
Glad you had a nice Mother's Day... and I love your Mum's new necklace.