Well since I'm sitting here on my ass I figure I might as well do a blog post! As long as I sit here my husband can't play Car Town. That's right. It's MY turn to hog the computer.

I worked 8 hours today. I usually only work 6 1/2. I told my husband that that means I get to come home and sit on my ass. He asked if I drove for 4 hours. I said no only one. AND I picked up pizza (only ate one slice trying to stay out of the rest of it), came home, watered the yard, paid bills, cut holes in a 2 liter bottle to help make a wasp trap for Trevor who insisted I needed to do it RIGHT NOW, took Trevor on a bike ride (so he'd stop badgering me to go on a bike ride), dealt with a stressed out teenager, paid for college orientation (sounds much easier than it really is, AND just ordered some graduation announcements that may or may not get here in time for me to actually mail them before the party.

I'd just go read a book but I know I'm going to fall asleep the minute I lay down and I can't go to bed before 9. I'm not THAT old. Pretty damn close though.

So in other news, here's some pictures from when I took my girls plus one to the beach.

We found free parking down the street by the museum. You can only park there when the museum is closed, which it was on the Sunday when we went.

The view from the road above the beach 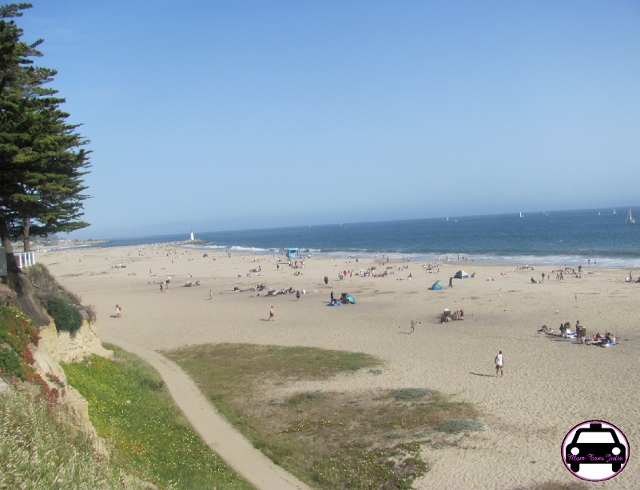 Looking the other way. On the other side of that long bar/wall thing is the boardwalk's beach. There is a small opening you can walk through if the tide is out far enough 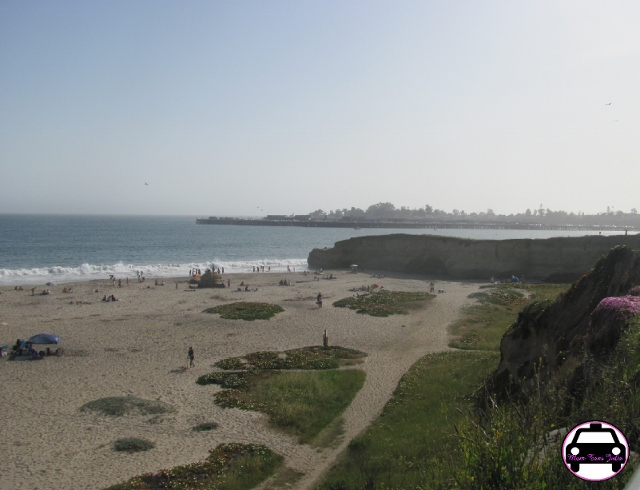 This is what I did while the girls called "dibs" on every cute boy on the beach. We camped out right next to the life guard tower. Hmm I think there was some strategic planning going on there. (that's the stupid ruffle swim suit) 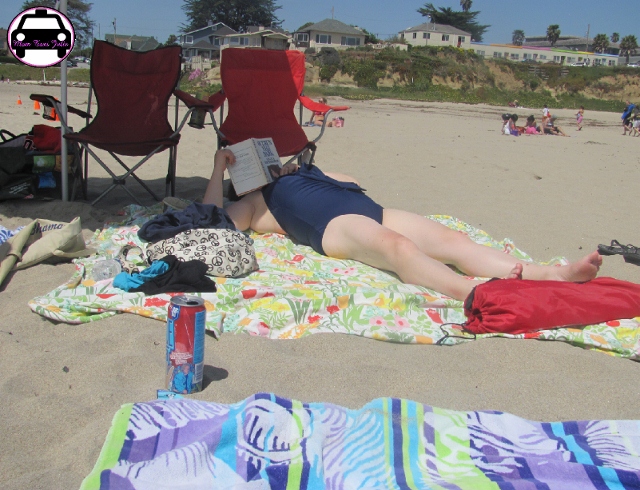 Look it's a sailboat!

In case you were wondering, you can't drink beer OR have glass bottles on the beach. We saw someone get a ticket and have to dump out all their beer. That would really suck. 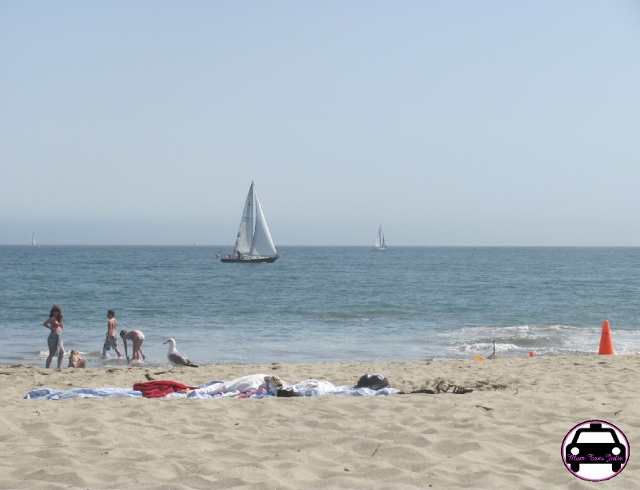 This house was across the street, I'm pretty sure it's a beach rental. Wouldn't that be awesome? Who wants to go in on a week long rental? 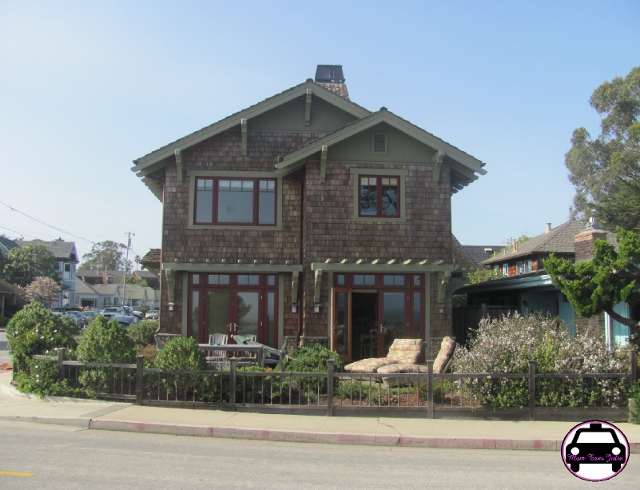 This is the house next door, super cute fence 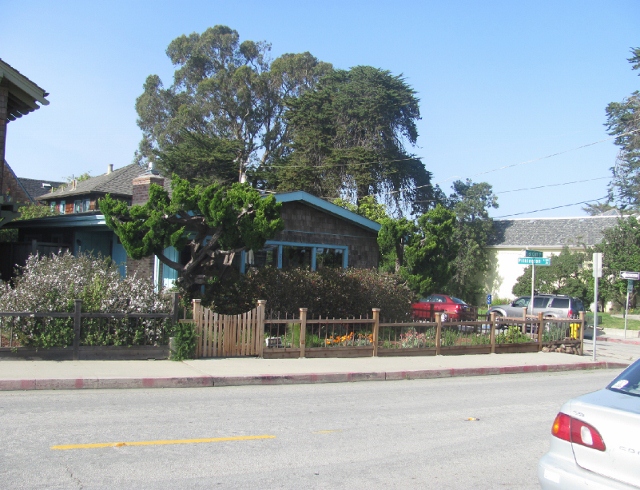 Melissa and I walked over to the boardwalk for about five minutes before the girls were suddently ready to go and we had to walk back. You can walk next to the train tracks. It says they are still used but I don't think they really are. I saw a lot of people walking on them. Apparently they couldn't read the sign that said to stay off :wink: 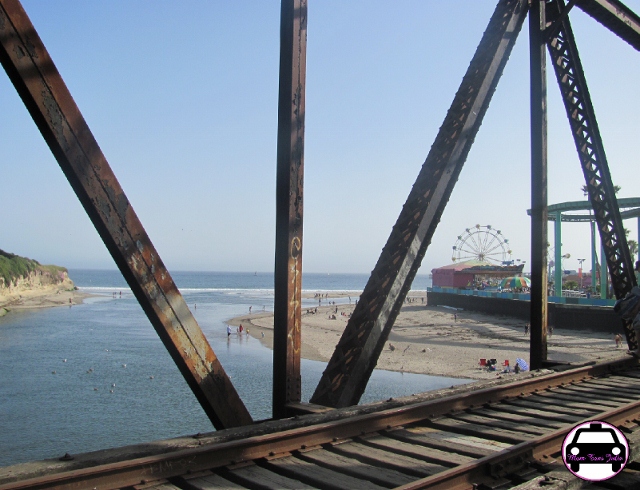 After we left the beach we went to Chili's (that's what she wanted) and they called dibs on the waiters. Doesn't the guy on the left look a bit like Matt Damon?

By the way totally mortified the kid when I took a picture of them singing her happy birthday haha. 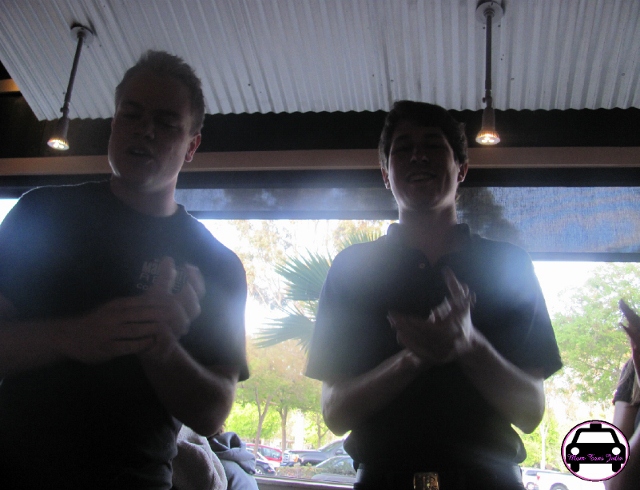 I'm pretty sure everyone had fun and we were there long enough to make the two hour ride one way worth it. Next time we must bring more money for the boardwalk and eat some local food!
Pin It
Posted by Julie H at 9:45 PM

WOW those beach photos brought back memories. I even remember those houses. I spent quite some time in that town. LOVE LOVE the beach...not the strange locals though.

What a gorgeous beach... and I love that beach rental house.... sorry I can't go in on the rent with you!