It's All Fun And Games

Saturday was the school carnival. As usual I signed up to help in the class booths. Next year is going to be so weird with only one kid going to school there!

As usual the minute we got there Trevor went right to the water gun fights booth. He spent the majority of his time there except for when someone running it kicked him out. Apparently him and some other kid were having too much fun or something. People are too uptight. Can you spray someone too much if they are in the arena to get wet? 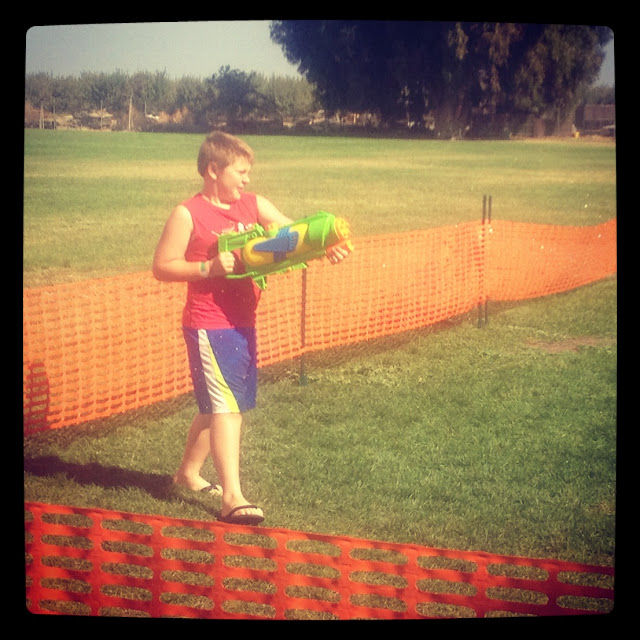 He came over to check out the ring toss booth I was working in for his class. They were only 1/2 an hour shifts so nice and easy. This was a homemade game, very creative and the kids loved it. 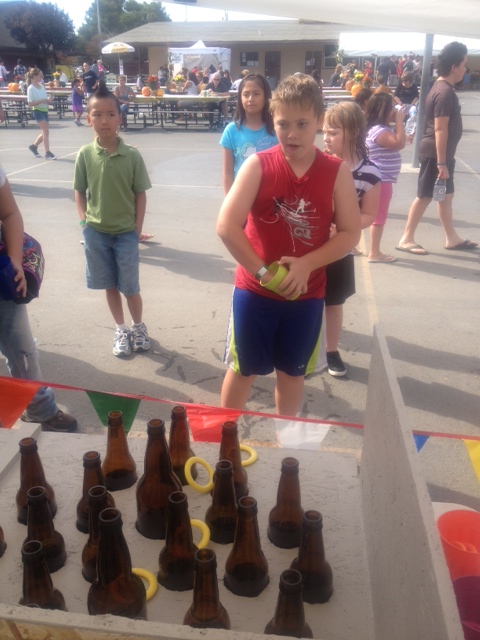 Since Melissa is in the 8th grade she got to be in the dunk tank. I also got to help with the "booth". Although I don't really think they needed me there since one mom stayed the whole time and she had a bunch of kids hanging out helping her. I was really surprised that Melissa wanted to work in the dunk tank since she is usually pretty shy about doing things like that. My little girl is growing up! 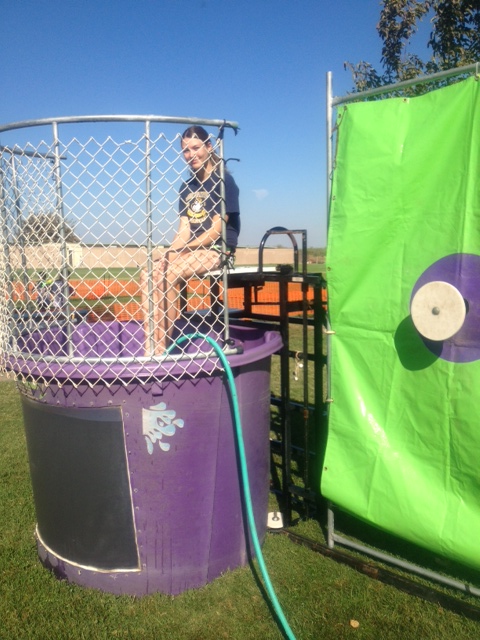 After the carnival I came home for a bit and then went over to a neighbor's party. They have a huge party every year that they call the "Tiki Party". One of my friends was going so I told her I'd go with her. Scott decided to come along too. We only stayed until about 8:30 since we needed to get home for Trevor but it was a lot of fun while we were there! Tons of food and drinks, a DJ with music and tons of friends and neighbors. Good times! 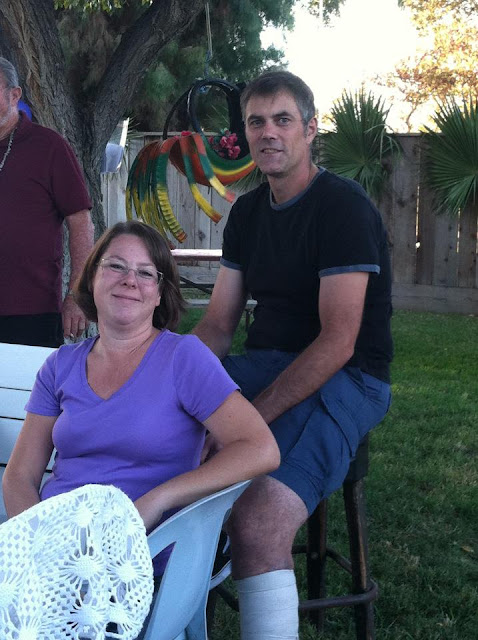 This isn't a very good picture of me but Scott looks really great. He's 1 pound away from being at 50 pounds lost. His birthday is Thursday and he is trying to make it by then.