Saturday we had our annual car show out where I live. I love going down there every year. This year my Dad finally brought his truck over for it! I told Scott that I wanted to put the paddle boat in the water so the kids and maybe our friends or who ever could play on it during the car show.  So the two of us put it in the water down at my friend's dock and then paddled over to the are behind the club house where the car show was at.

It was kind of fun coming in from the water. 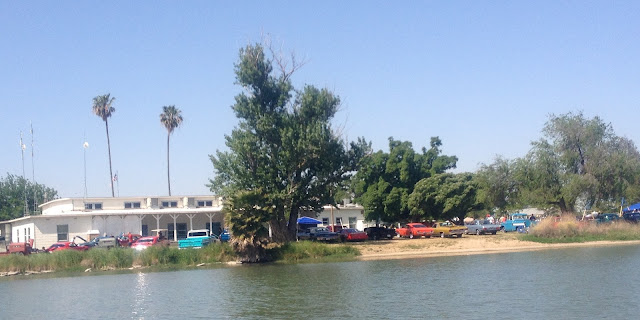 We tied up the paddle boat right by my Dad's truck and pretty much hung out with him for most of the day. 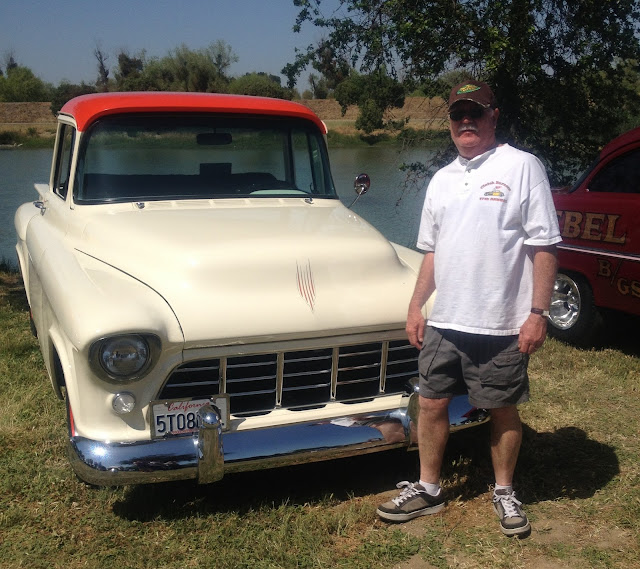 The kids weren't ready to go when we left but they met us down there. Jess was home for the weekend and she rode bikes with Trevor and Melissa walked down.

I love this picture of the girls. I have such beautiful kids if I do say so myself! 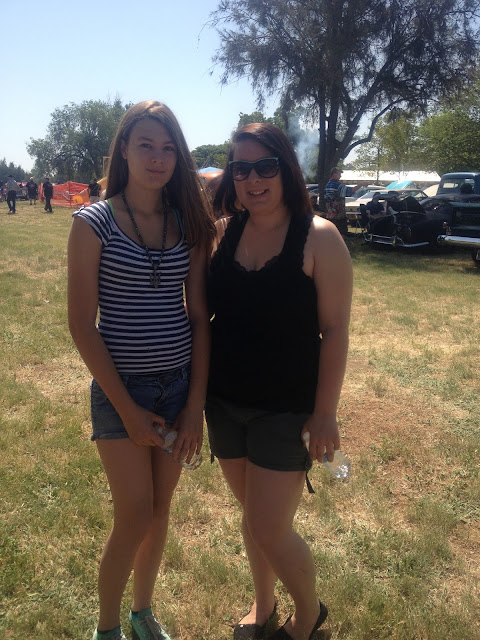 Trevor spent a lot of his time playing on the paddle boat. He started by himself but eventually had a group of kids on it. 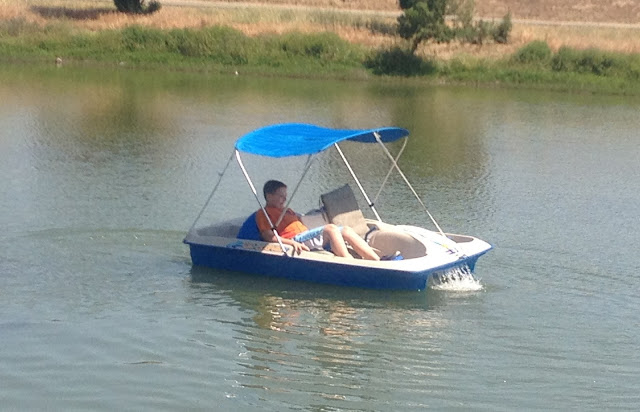 Funny story about this little girl. She was UBER bossy and demanded that she get to sit in the front and pedal. Which they didn't let her do at first but then they let her. I have no idea who she was I think she was just a visitor to the club for the car show.

Some people that we were sitting with that my dad knew were placing bets on how long it would take for her to end up fully submerged in the water. 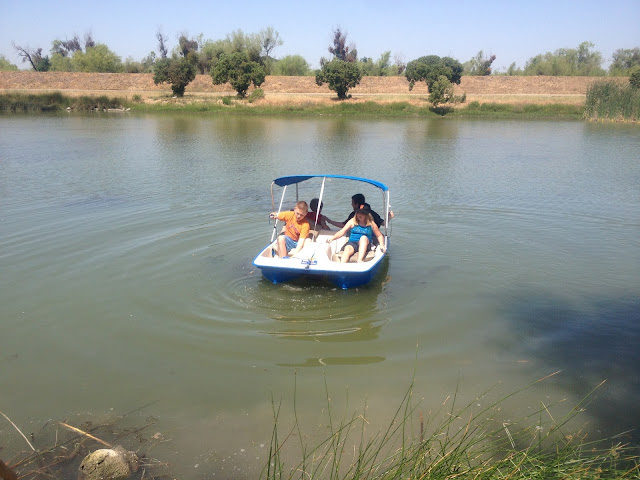 So the kids wanted to paddle down to Rainbow Island but they had to be "watched" by me for one of the kids so I walked along the bank while they went down there. 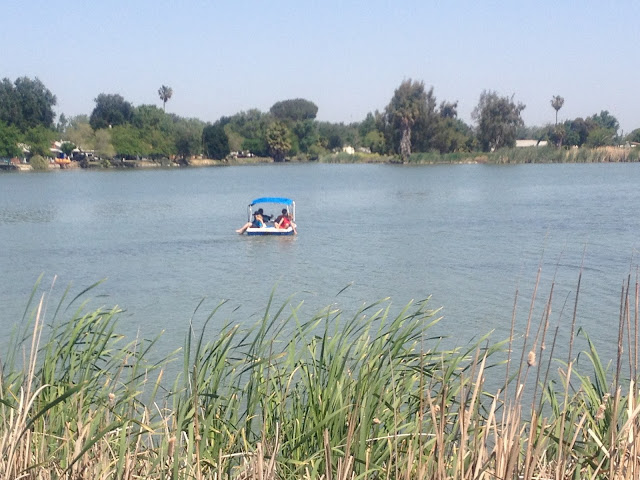 They get over to the island and then on the way back all of a sudden I see the little girl swimming in the water. She's holding one shoe. She gets kind of close to where I'm at and I'm like hey what happened? She said she lost her shoe in the lake. Then she keeps swimming back towards where they started. I'm like hey you should ask your mom if it's ok if you can swim in the lake! She just pretty much ignored me so I was like eh not my kid. I thought it was pretty funny that she was so bossy at the beginning and ended up swimming back minus her shoes (she threw the other one up on the bank and left it).

I did walk around a bit and took a few pictures. My friend Lupe was there but she was busy most of the time helping out with the car show and selling the tamales her mom had made for a booth. (I ate 3 they were delicious!) 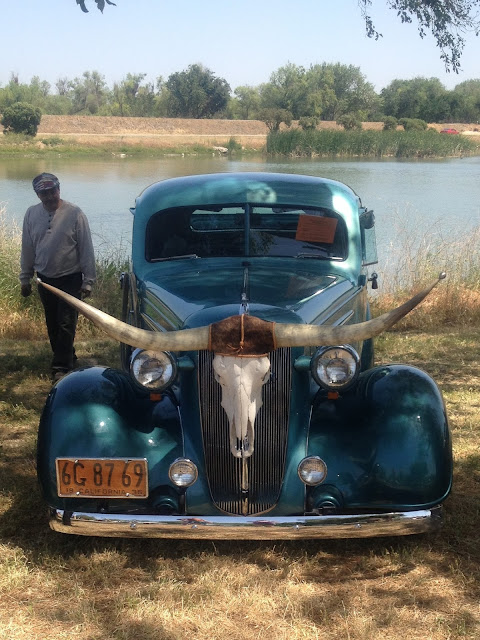 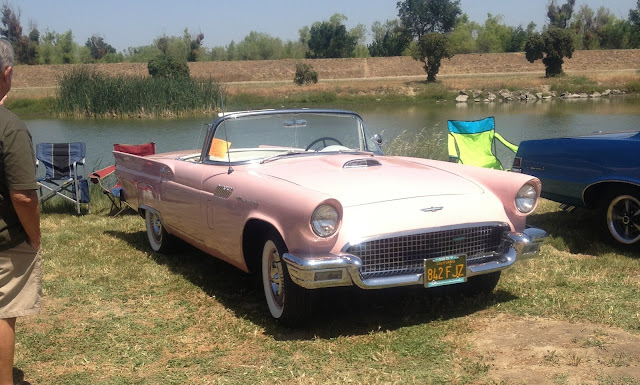 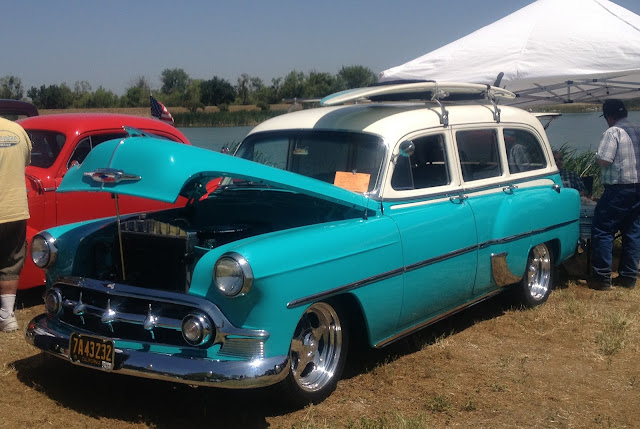 This wood trailer was pretty cool. I wish they would have had the door open to see the sleeping part. 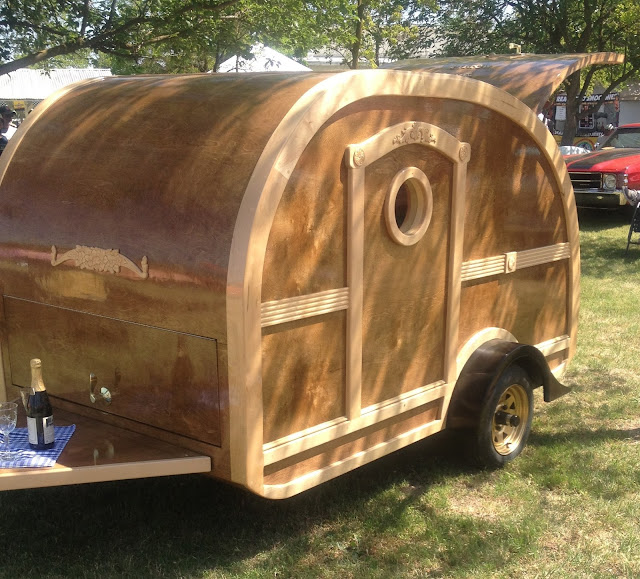 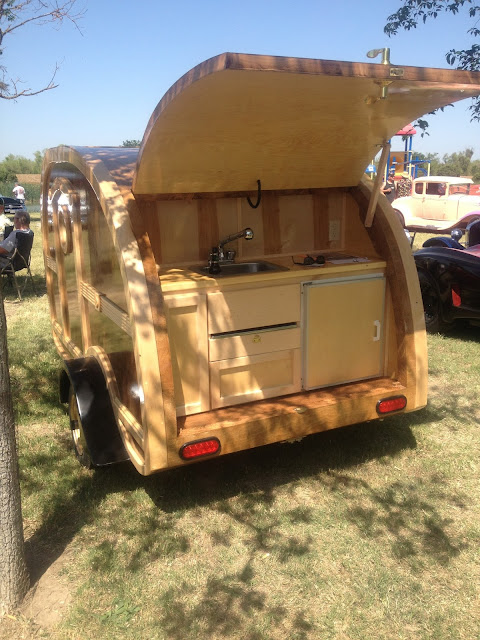 Scott and I went in the bar and had a drink. My Dad doesn't drink anymore so I didn't want to drink too much. Plus we had another party to go to after the car show. 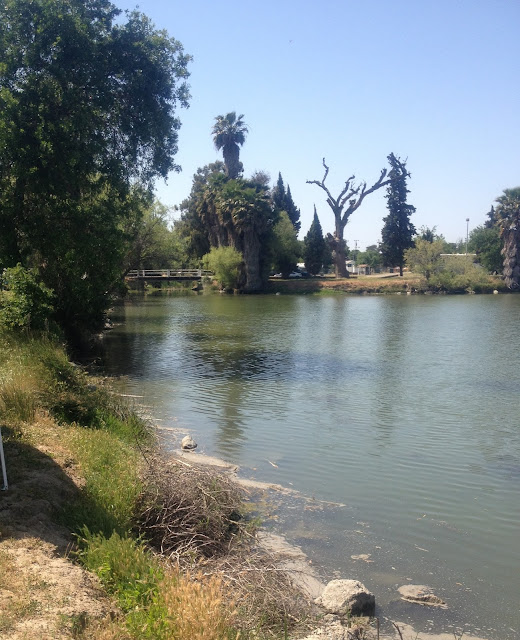 We left around 3 to go to the other party and I think my Dad left right after. We took the boat in and then grabbed a few things and were just headed down the main road when my Dad called and said he had won a trophy and asked if I could get it for him. So we turned around and went back and got his HUGE trophy for best classic truck. What fun!

I thought it was extra fun that he won something.

On the way to my brother's house for the next party I sat in the back and Trevor was snoring before we got too far. 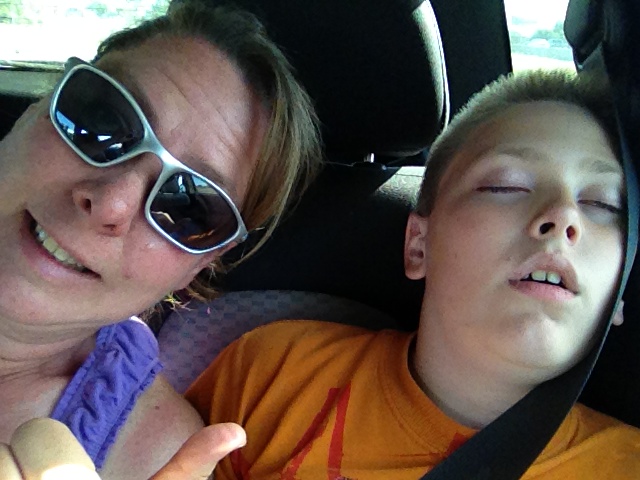