Last night was supposed to be my interval run with my training group but instead of going to that my friends and I made plans to go to sushi. It's really hard for us all to get a time when we can all go together so since I was the only one that was busy I chose to do my run after work at home. Better than that stupid round park anyday.

BUT it was a little warm, I had to go by myself with out Scott and I didn't take my water, which was kind of dumb. I wasn't too far into my run in this little area where this is empty fields on both sides of the road when all of a sudden a squirrel darted across the road in front of me. I never even saw it coming and ALMOST stepped on it. That was a new one. I couldn't help but laugh though. Then later I was running along and something HITS ME IN THE HEAD. It wasn't very hard but it startled me and then a small tree branch fell on the ground. NICE. And then, when I was almost home this little fat chihuahua that someone lets just run around started chasing after me. WTH!! Stupid little thing. I yelled at it and clapped my hands but it wasn't giving up the chase until I really got aggressive with it. 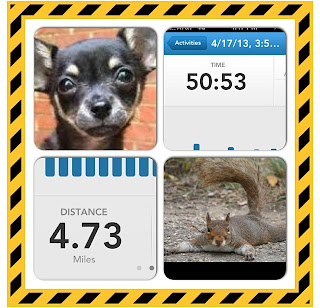 (not the real dog or squirrel but things are more fun with pictures ;))

I did end up doing some walking. Intervals are so hard for me. I can't ever seem to start off slow enough that I don't wear myself out half way through the faster run. 22 minutes of running faster than your normal pace is a really.long.time. I'm glad that's done for the week.

I got done just in time to clean myself up a bit and then head to town. This time my friends and I were trying a different place called the BlueFin Japanese Cuisine. I'm kind of surprised of all the bad reviews since the parking was fine (there is a huge parking lot so people complaining about that must be really lazy), we walked in and were seated right away (although the benches could use some new covers and some padding), the waitress was really nice, the food was great and not expensive at all. We got a ton of food and our total was $67 for 3 of us.

We started with edamame, I got a bowl of miso soup and then my friend Dee talked me into being adventurous and trying OCTOPUS yes you read that right and I think the other one was yellow tail   I was a little scared to try it but honestly it kind of tastes like pork. Reminded me of those pork strips we used to get at a Chinese restaurant that we dipped in mustard and sesame seeds. The yellow tail just tasted like any other sushi fish with rice. 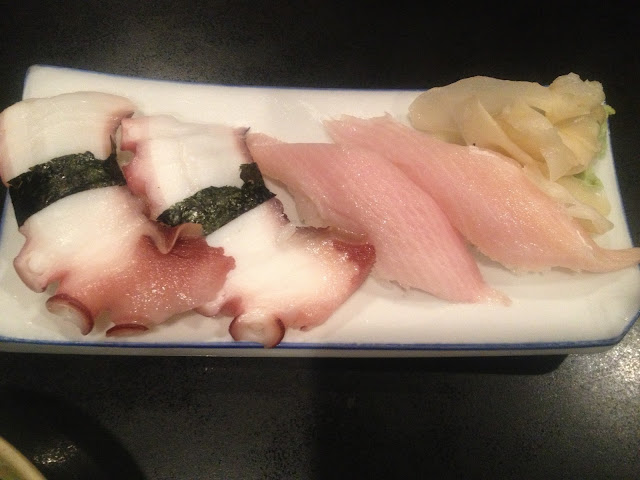 My friend Carolyn must have been in a lemony mood since both the rolls she picked came with thin lemon slices on tome.

This was the 49er 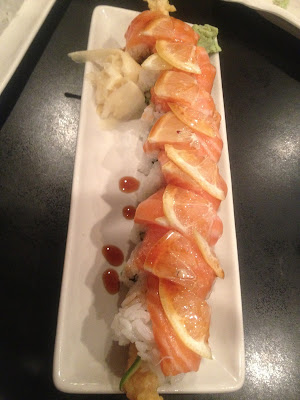 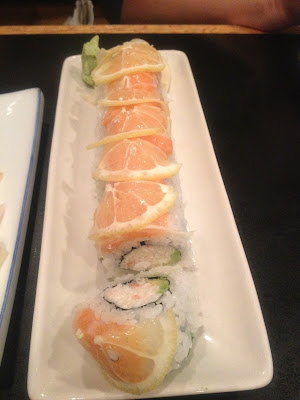 This one was the Rock and Roll and was my favorite for the night. It had a good flavor to it. 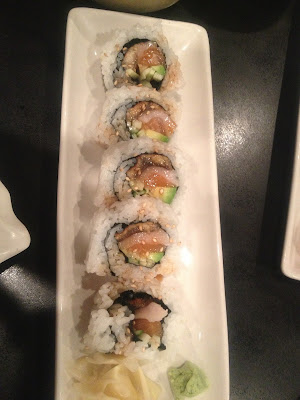 and then there's the one I ordered. Something with FLAMING in the title gets my attention. The Flaming Dragon came to the table on fire. I thought it was just going to be spicy haha. 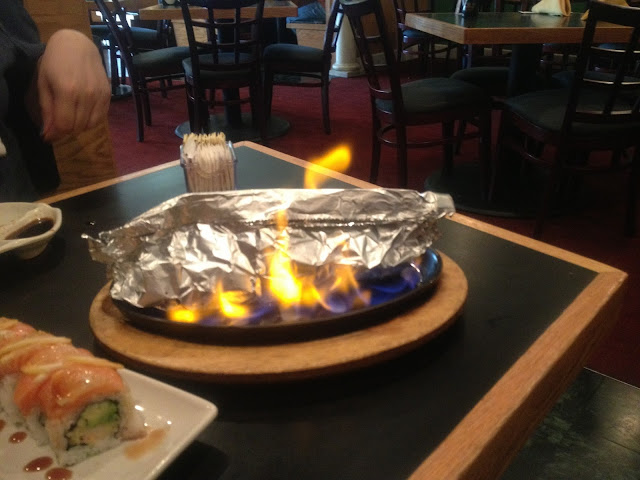 It was spicy too, mostly from the sauce that is on the outside of it. 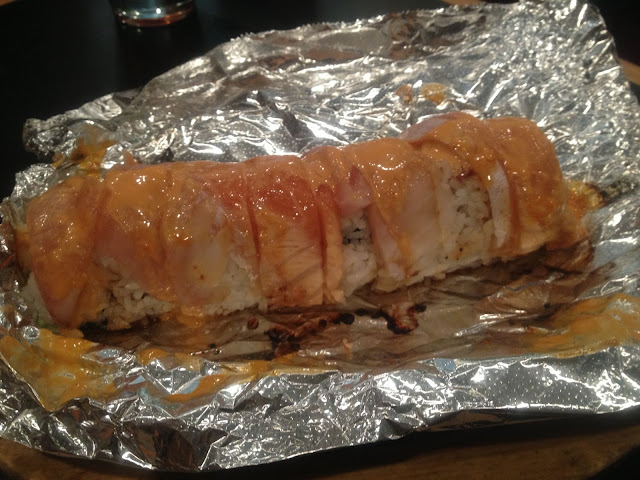 We were all stuffed when we were finished. I probably could have not ate the last 2 or 3 rolls I stuffed myself with and been just fine. 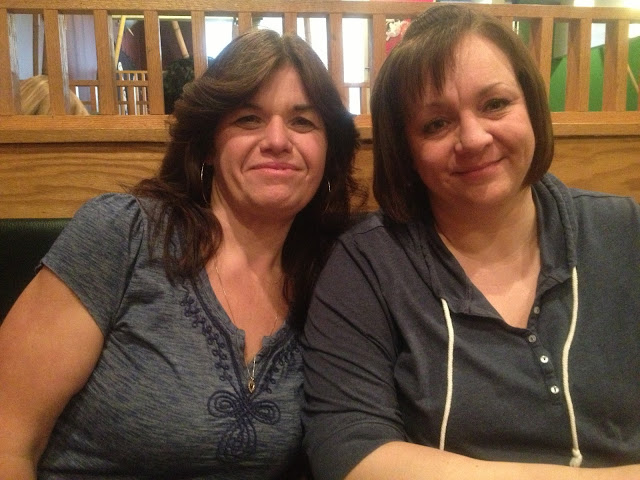 and me with "after run hair" 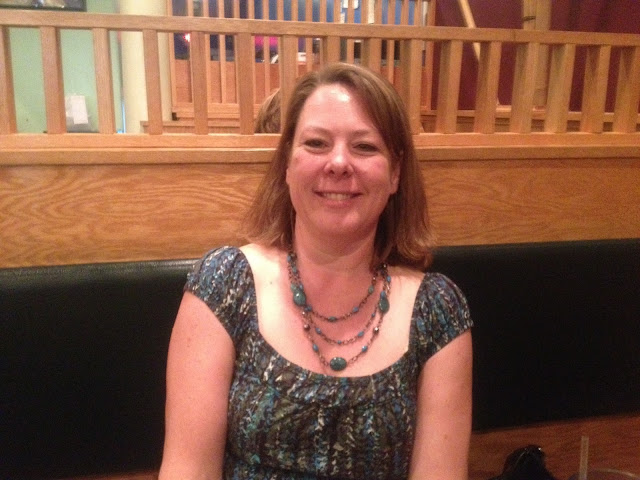 After we ate we went over to Applebees to have a drink. I had to go to the grocery store after that and Dee came with me. Kind of fun to have a buddy with you when you shop!

I need spicy mayo and yum-yum sauce when eating sushi...I am trying to be more daring though-might give some octopus a try!