Oh my gosh you guys!! I had the best thing happen today!! I took my son to the dentist and he didn't have ANY CAVITIES!!

I KNOW it's like a miracle from heaven. He still got a lecture on brushing and flossing better but I walked out only having to pay $27. SCORE!

To celebrate we went out to ice cream (his idea). While we were waiting in the long line I tried to talk him into getting a couple kids scoops in a cup but obviously I didn't win. 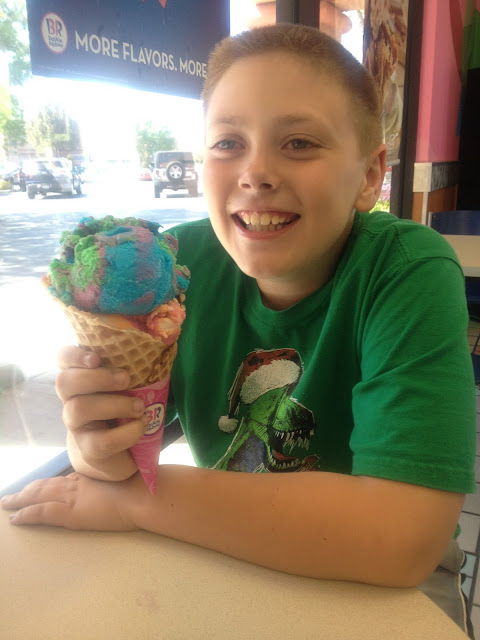 While we were in line I was also talking myself out of getting a 2 scoop sundae. Or 2 scoops.  I got a kid's scoop of the pralines and cream. 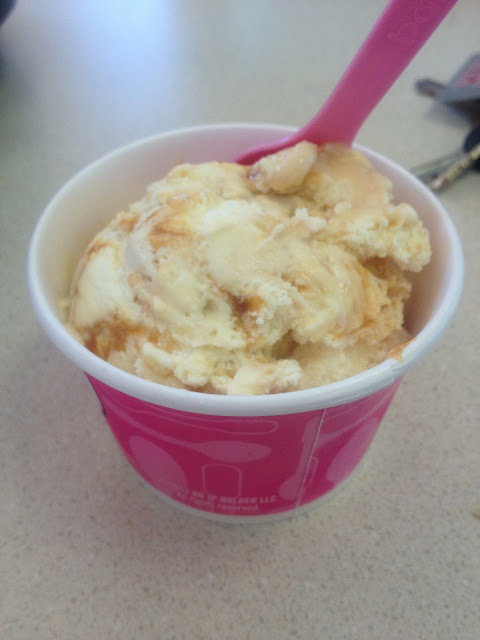 I KNOW totally cheated on my peanut butter and chocolate.

It wasn't really worth all those calories though. It should have been been a lot more ice cream for that much don't you think?

After we got home I tried once again to read my book club book. I went outside and the neighbor's son was walking by. He lives down the street but comes over to see his dad every day (dad is in his 80's). I had a small bowl in my hand and he made a comment about that being my food for the day. I was like ? what? Then he asked me how I lost so much weight. Kind of funny since I've waved to this guy for like 20 years when he drives by but I'm pretty sure this is the first time I've had a conversation with him.

I read my book for awhile outside and then I came in and laid on the couch to read. My little buddy joined me. 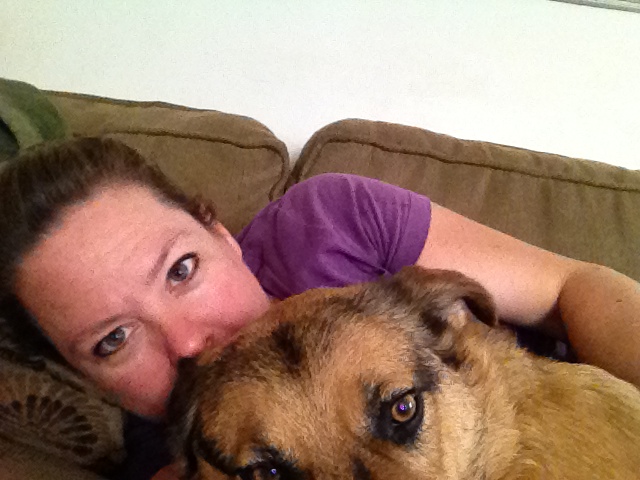 We ended up taking a nice nap there. I don't know if I'm going to be able to finish this book by 2:00 Sunday at this rate. I get about 5 pages done and then it's lights out haha. I think I'm just so exhausted from all this running and stuff the minute I hold still I crash out.

I had to drag myself off the couch to go out for my 4 miler tonight. Scott had a 45 minute run to do (he's doing the 5k-10K). I was like well I bet we can do it in just about the same amount of time! Most of the run was pretty miserable for me. We had ribs for dinner and they were not happy jostling around in there. Plus I was so stiff when we started out it took me forever to warm up.

We had to push it a bit at the end but we did it! 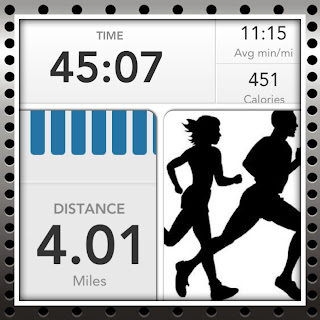 I'm so glad I'm done with running until Sunday. I so need a break. Three days in a row is ROUGH.

Yaa on the dentist's visit. Well done Trevor!
And wow that ice cream he has is huge.
Yum....