I told my Mom I'd pick her up around 8 and I got there at 8:30 so not to shabby! I might have been there a bit earlier but I had to wash some dishes and clean the cat box. Oh and clean up ants. UGH ants. I left the family some love notes because I could just see coming home to them swarming all over the counter and the sink. 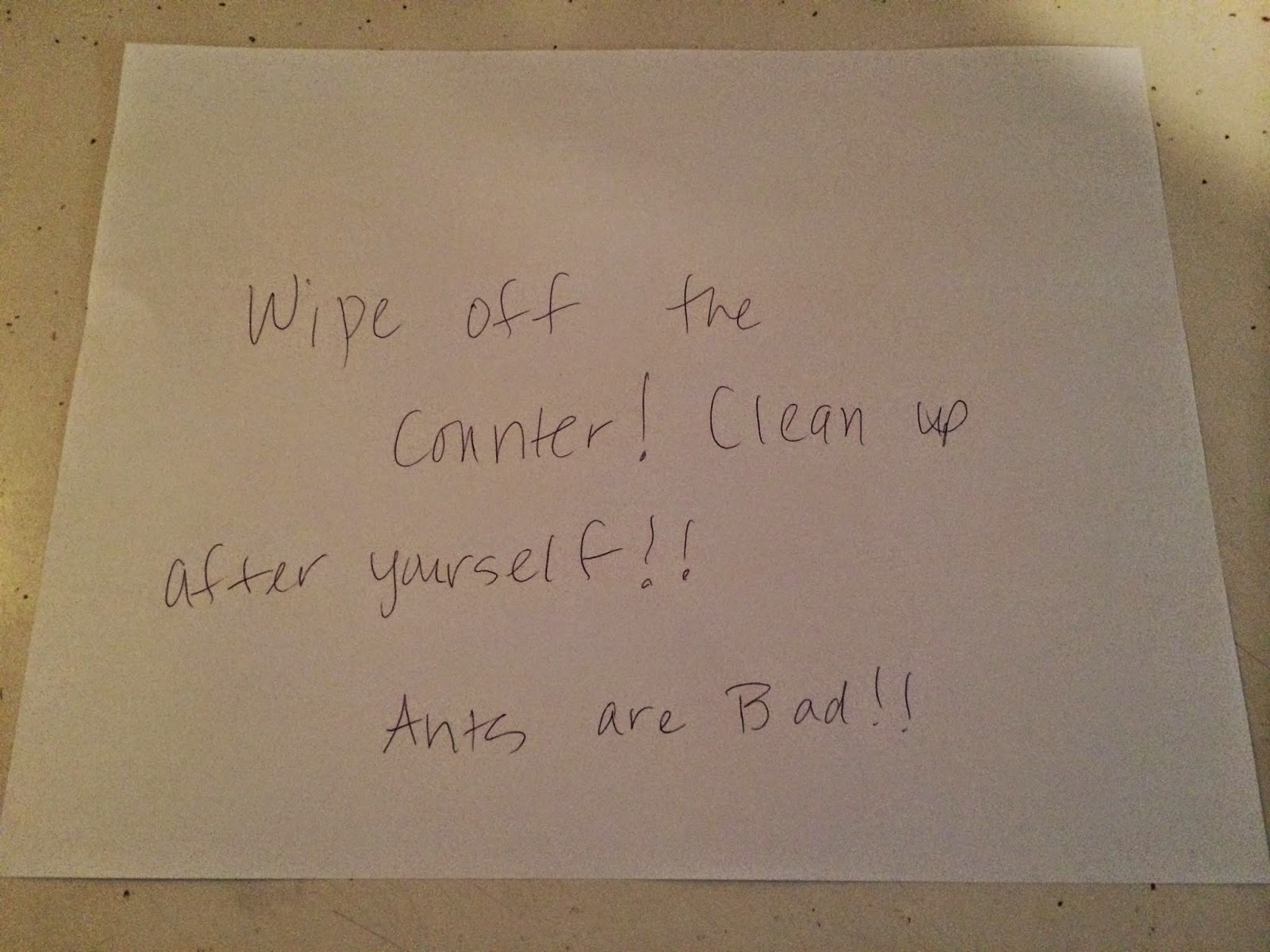 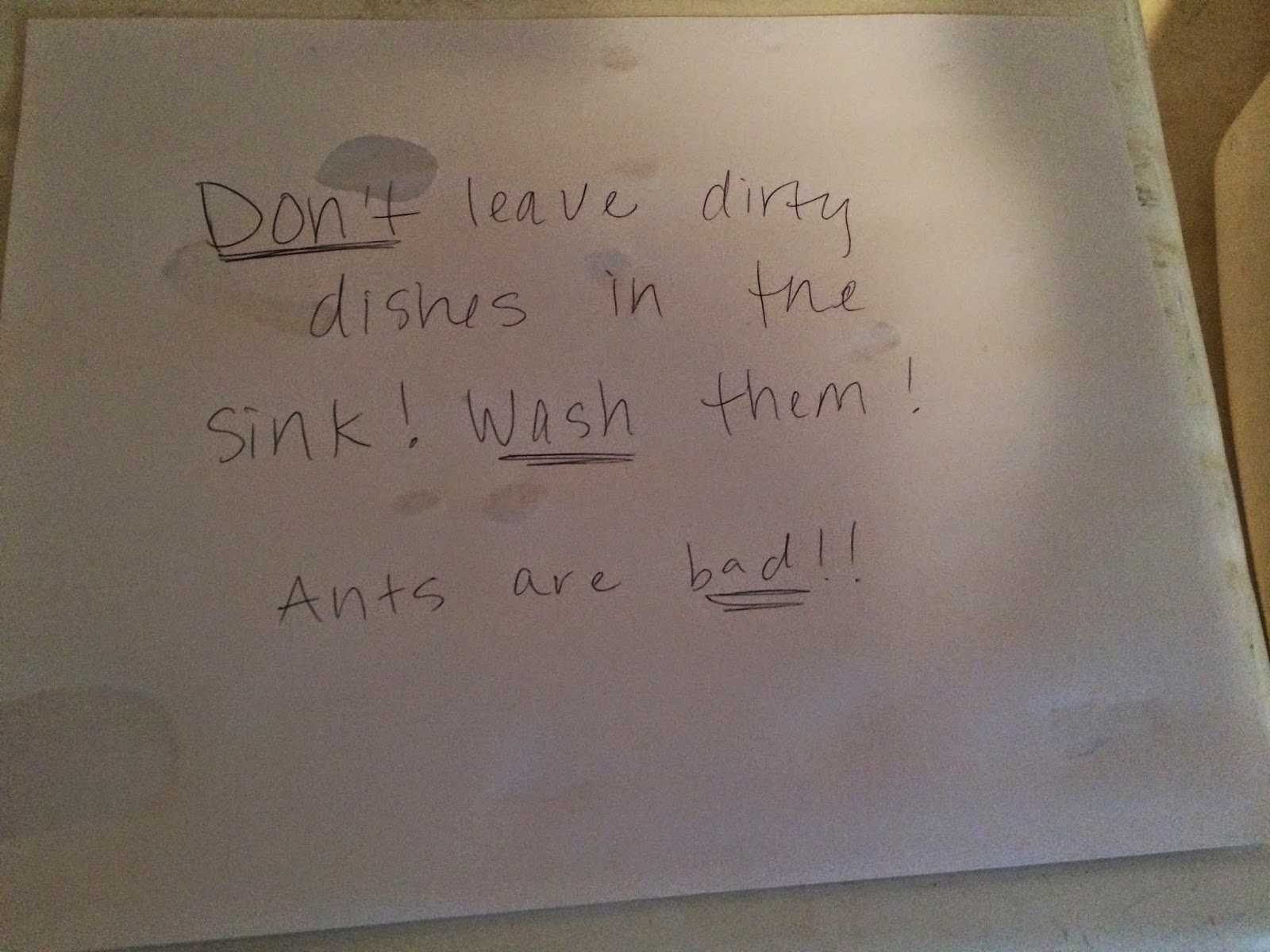 Mom was all ready to go and only had about 5 bags of stuff (she is such the packer!-I seriously only brought a couple things besides my clothes because I knew she'd bring stuff.) so it didn't take us very long to get on the road. Of course we only went as far as the next town before we stopped and had breakfast. We went to Denny's. Not that great but always dependable for breakfast, right?

After that we were really on the road and didn't stop until we were almost to Nevada. We stopped to use the bathroom in Nyack (not much to link to just a gas station lol). While I was waiting for my mom to come out I noticed this cool totem pole of sorts across the street. 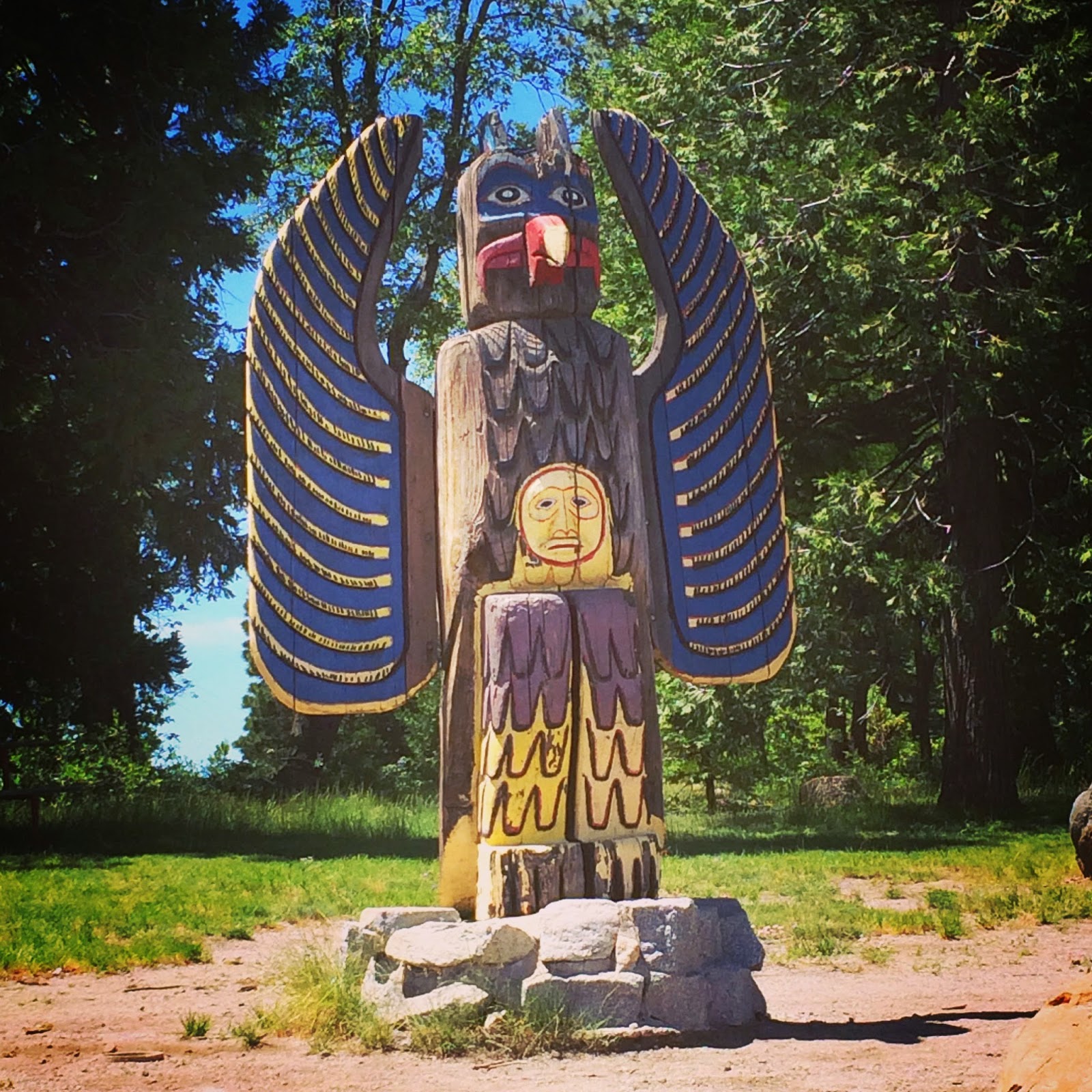 And look a "Woody" version of my car, so cute! 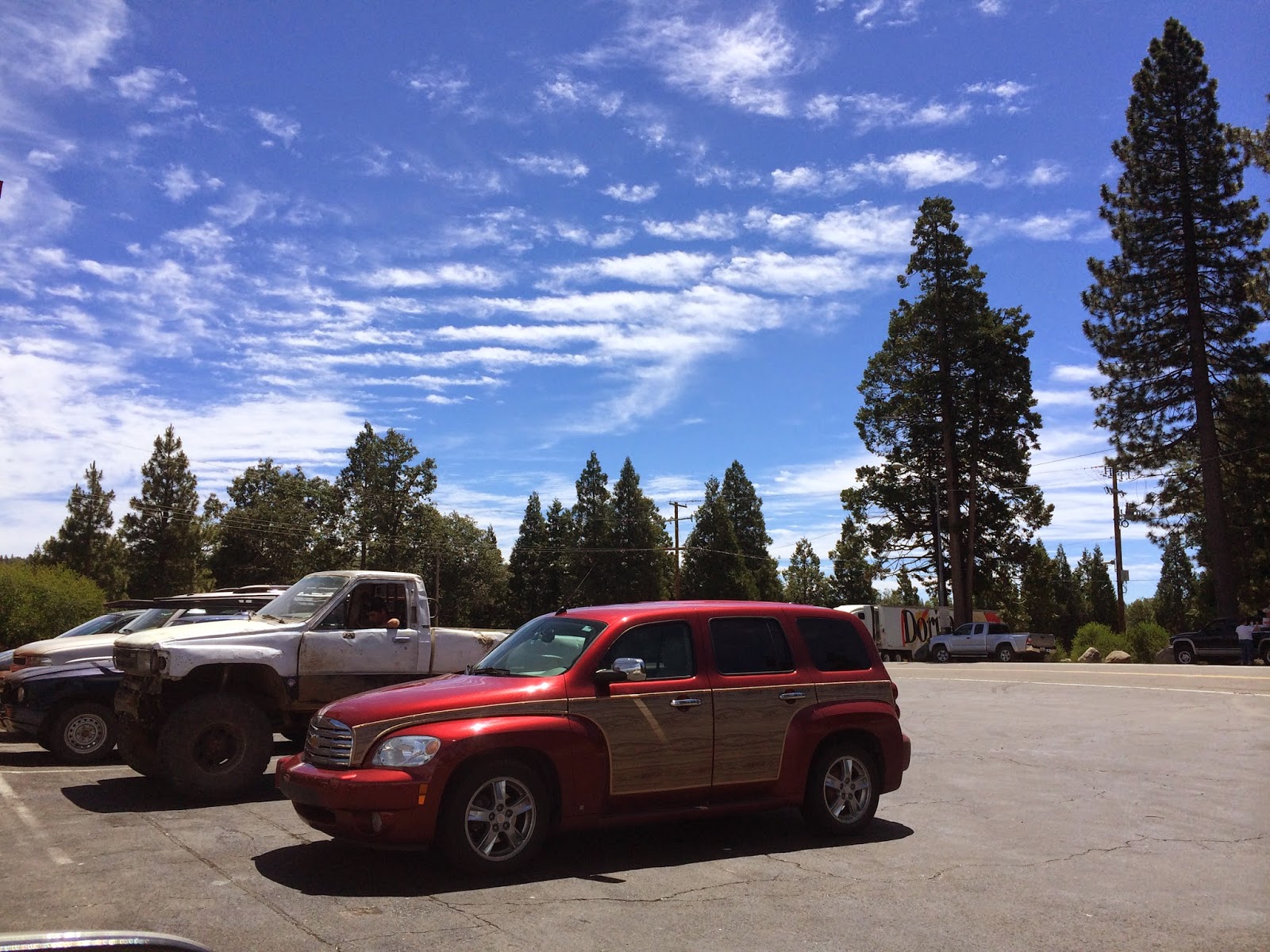 We drove on until we got to Fallon, which is the town my uncle lives in. I had booked us a night at the Best Western so we went and checked in. The room wasn't ready yet (we were early) but they gave us the key and said just come back around three. So we went and found a place to have a snack, went through a thrift store (can't find it online) and then went back down the road a bit and went through a nursery.

The Flower Tree Nursery was so nice! I wish I would have taken some pictures while we walked around. If I lived in the area I would have bought a ton of flowers. They even had the standard cat taking a nap in a chair of the shop. It was really a nice place to walk around and relax after that long drive.

After all that it was late enough to get into the hotel so we went back and cleaned up a bit and then my aunt called and said to go meet them at their little bar. Well allll righty then we'll be right over!

We went over to this really old hotel called the "Overland".

We parked and then found the entrance in the front. When we walked in everyone kind of looked up and was like hmmmm strangers. Which, I know is standard small bar hang out fashion. I didn't see my Aunt and Uncle anywhere but noticed there was some people outside so we went out there and there they were, with a big group of friends. We exchanged hugs and then my uncle went in to get us some drinks. We squished into the picnic table and I ended up chatting with a couple ladies and made some friends! My cousin came over after a bit (she was late because her hair dryer caught on fire while she was using it!) and we talked a bit before going to dinner.

We drove right around the block and around the corner and stopped at The Wok. Now, if you have known me for awhile you know that I gave up Chinese food. I've been bad about everything else lately but I still have not caved into the Chinese food. I was pretty happy to see that they had SUSHI! Yeah! So I ordered a roll and everyone else ordered the standard greasy delicious mouth drooling crap. 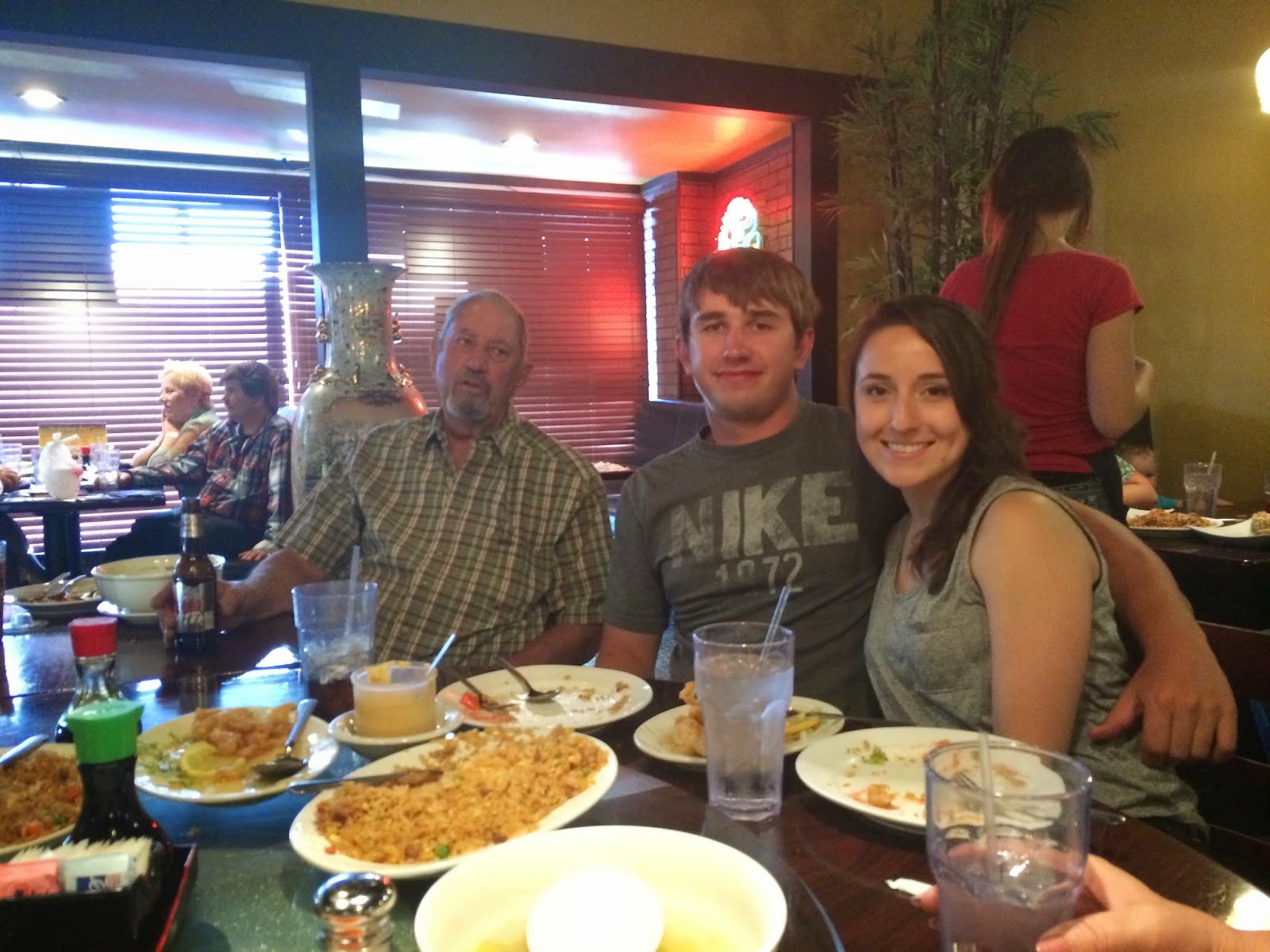 There was quite a few of us since my other cousin came and his two sons and one of their girlfriends. The waitress brought out our soup and then the Chinese food started coming out. I asked about my roll and they said the kitchen was a bit behind but it was coming. Everyone was eating and I asked again about my food since it was a bit awkward sitting there watching everyone eat. I snagged a couple shrimp off a plate and then asked again, and again I got the brush off that they were running behind. 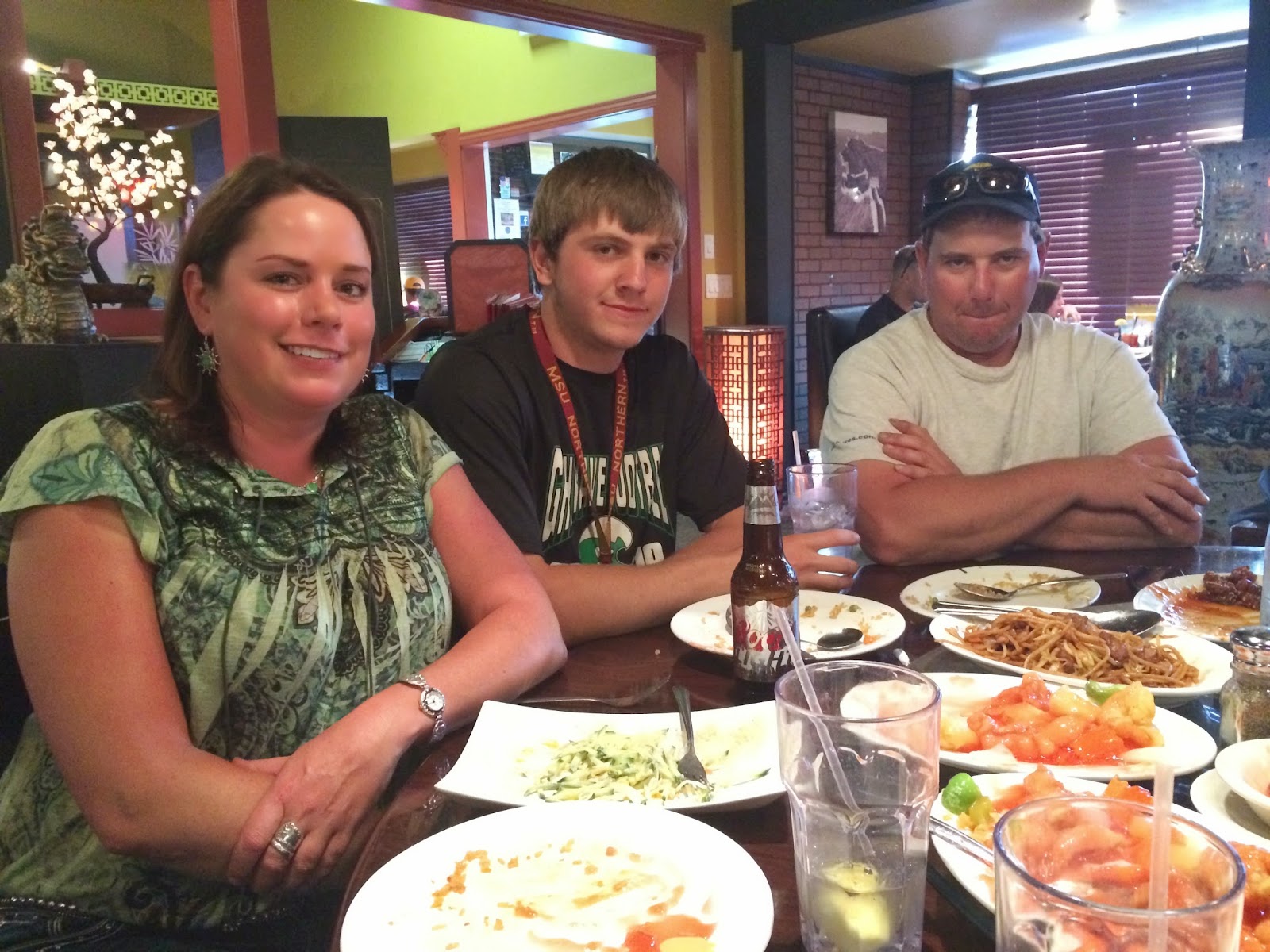 Everyone was pretty much done eating and one of the waitresses came out and asked if she could box things up. She was standing right next to me and I was like um I never even got my food? Then the original waitress came back and asked me what I had ordered. I told her to just forget it because at this point I wasn't going to sit there and eat while everyone else was done. Then I asked to talk to the manager. 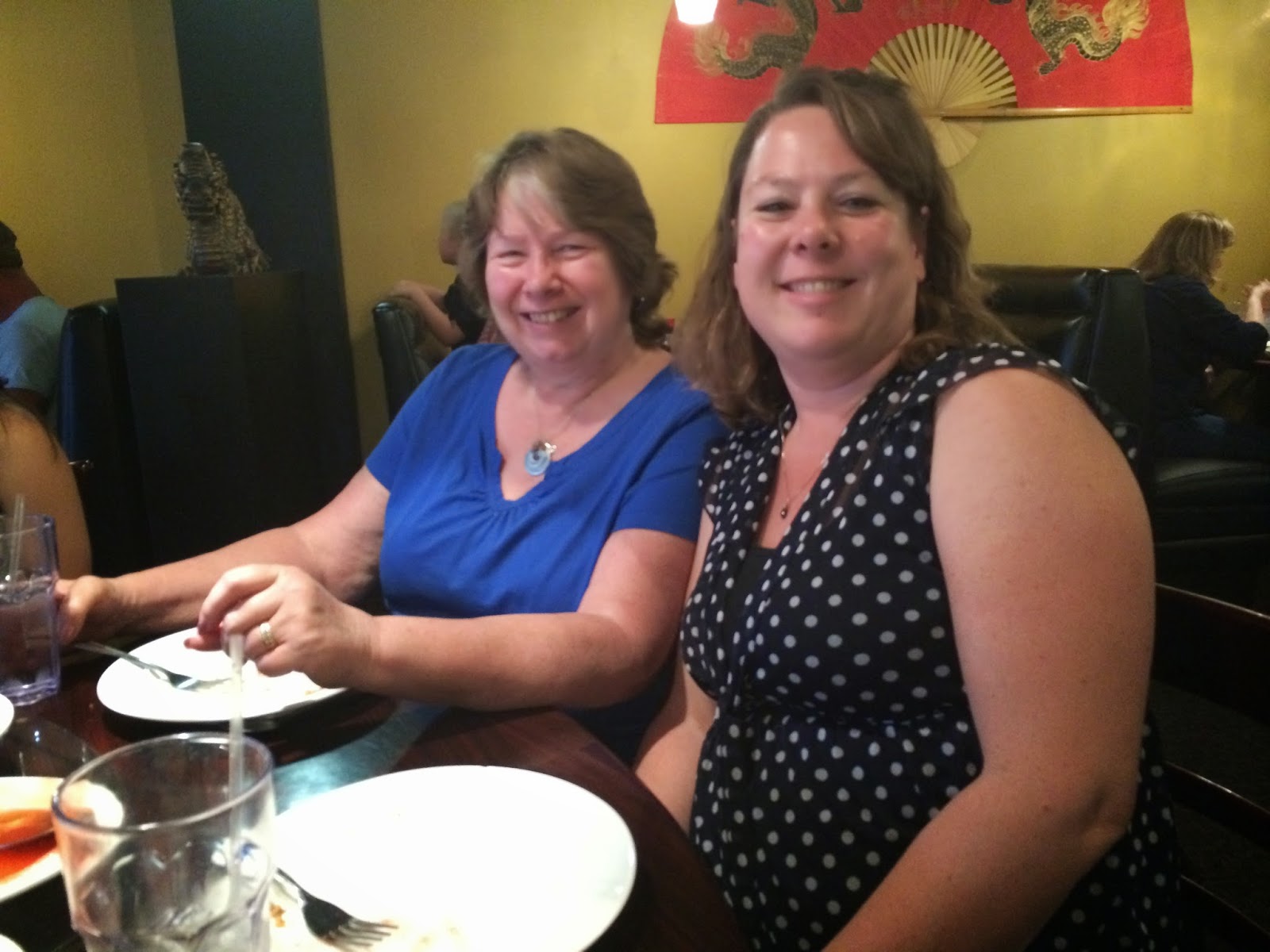 Did I mention how awkward this all was? So I complained to the manager how they pretty much embarrassed my aunt and uncle who took us out to dinner to this nice place and how they embarrassed me by making me sit there while everyone ate. She apologized, left and then came back and said that the ticket had got lost. So basically the first 4 times I asked where my food was they never even went and checked and lied about it. Nice! The manager apologized again and said she'd get me one to go. So that's what they did in a record couple minutes (gee maybe the waitress could have rushed one when I asked the 2nd time?). I took my little baggie to go and ended up eating it in the hotel room. 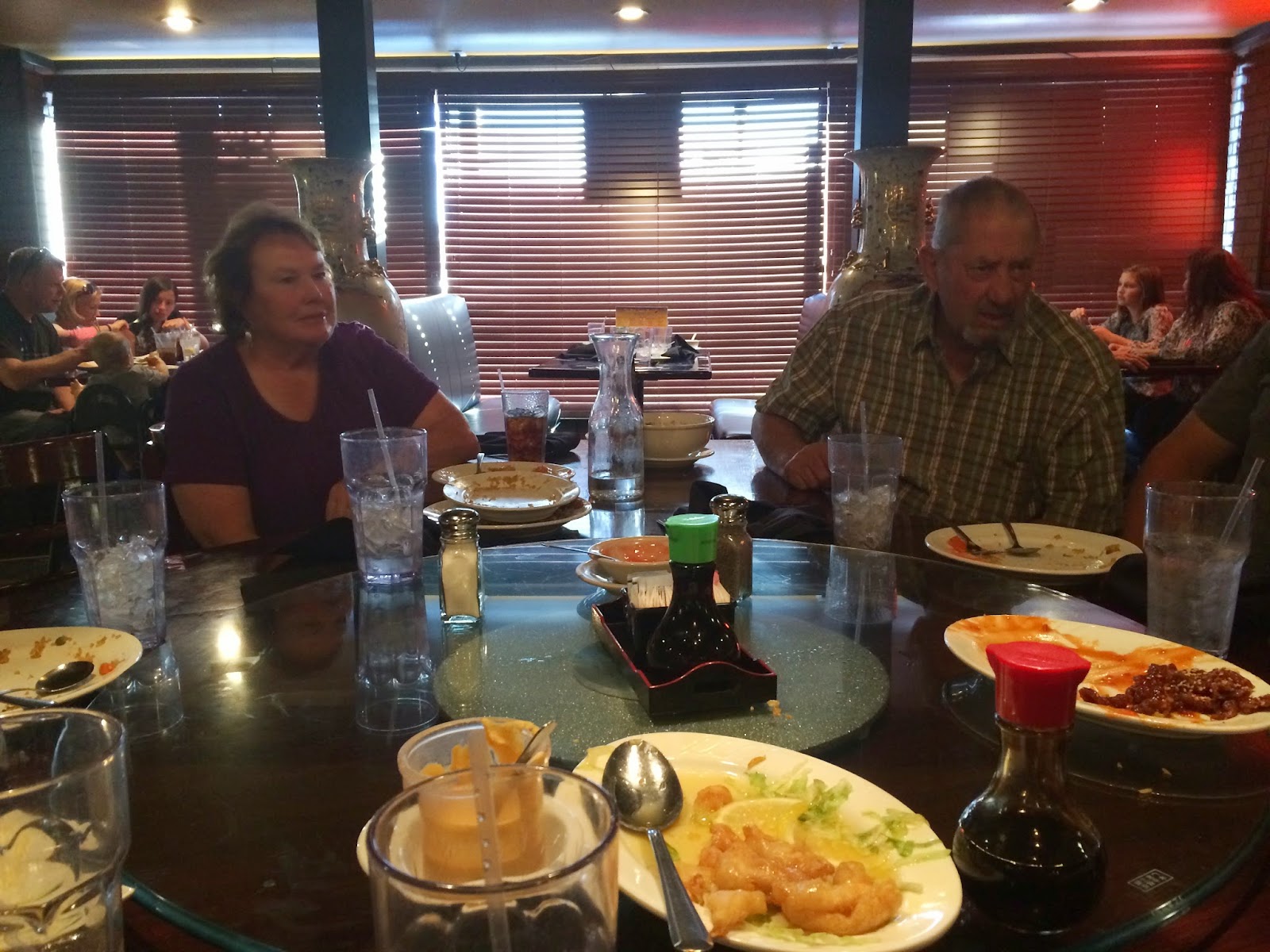 Snuck one of Aunt Marcia and Uncle Don

Back to the company at dinner, it was nice hanging out with my cousins. They are actually my mom's first cousins but they are my age. I used to write pen pal type letters with my cousin Wendy when we were in Jr. High through High School. We haven't really talked that much since then, just a bit of following each other on Facebook lately. The last time I had seen any of them was my Grandma's funeral in 2000. 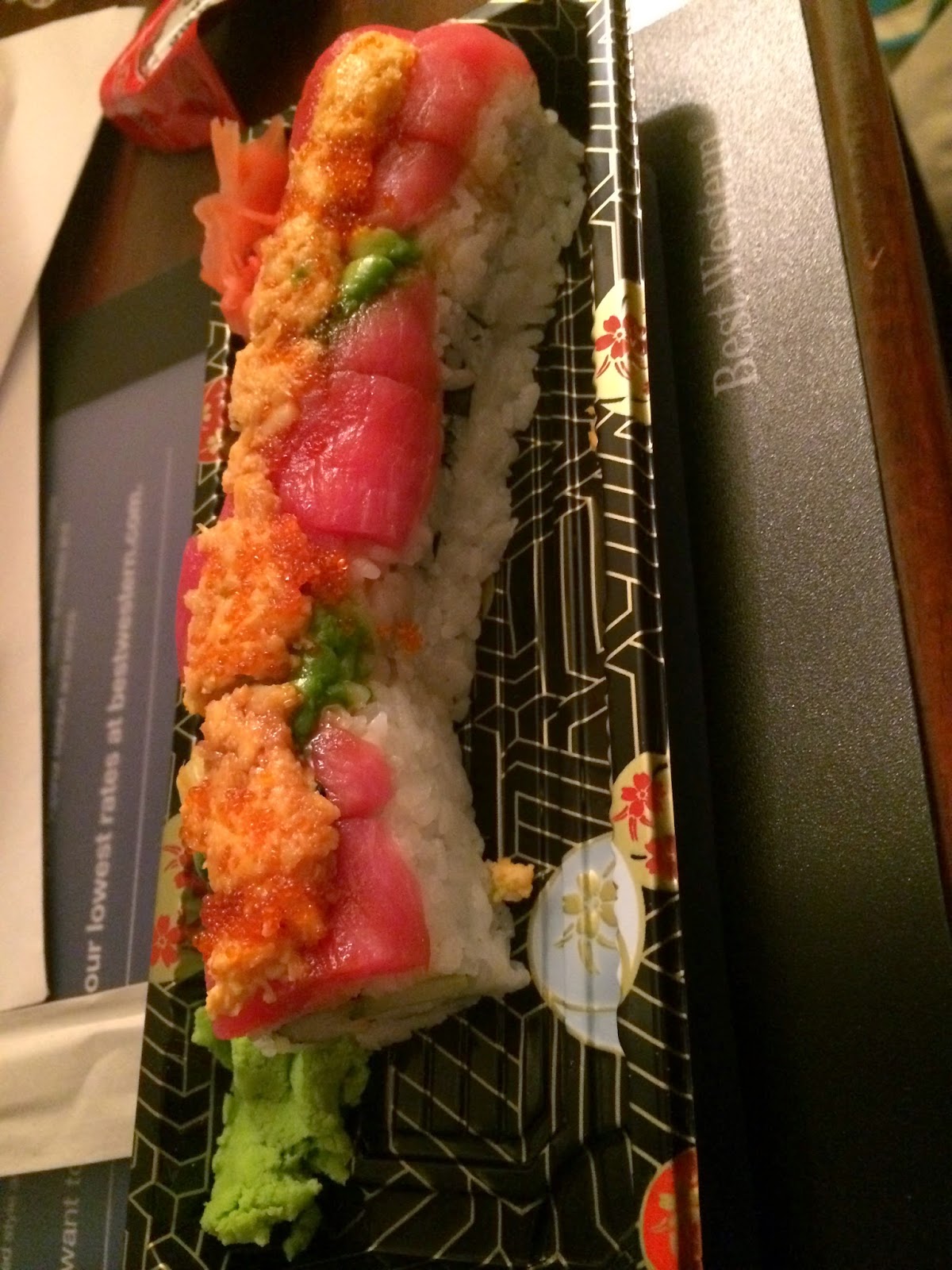 The Golden Gate Sushi Roll hours later.  (pretend it's turned, it turned itself when I uploaded it)

We had a pretty good time visiting with everyone. We took some pictures outside before we parted ways for the night and then went back to the hotel. I debated on even eating the sushi, thinking they probably spit in it after I complained lol. I did eat it though and it was good. I woke up around midnight with a stomach ache and thought for sure I was going to have food poisoning but I feel back to sleep after a bit and woke up fine. Thank God!

That utterly sucks about your meal never being brought out. At least it tasted good when you finally got to eat it.
It's a shame we usually only catch up with distant relatives at funerals.
I have about 40 cousins (my Mum is the eldest of 10), but I haven't seen most of them in YEARS and YEARS. I wouldn't even recognise them in the street!

Oh... we get ants here too... really bad like you do by the sound of it.
They drive me mental.

Stinks that you have crappy service on a nice night out! You never realize how good service makes a difference until you have bad service! Ha!! Love that you get to spend time with family though!!