Last weekend was my friend's wedding.

We started off on Thursday with the rehearsal and then back at her house for lots of appetizers and hanging out. The groom is from Canada and his mom is originally from England. I spent a lot of time talking to her and his grandma who still lives in England and has quite a thick English accent. We bonded over our kids moving so far away. At least mine stayed in the same country, right?

I had picked up this cute dress at Ross and wore it to the rehearsal. I love polka dots, I think they are so fun! I've been picking up little dresses lately. They are so comfy to wear this time of year when it's so hot.

My friend had bought these hilarious outfits for her cats. 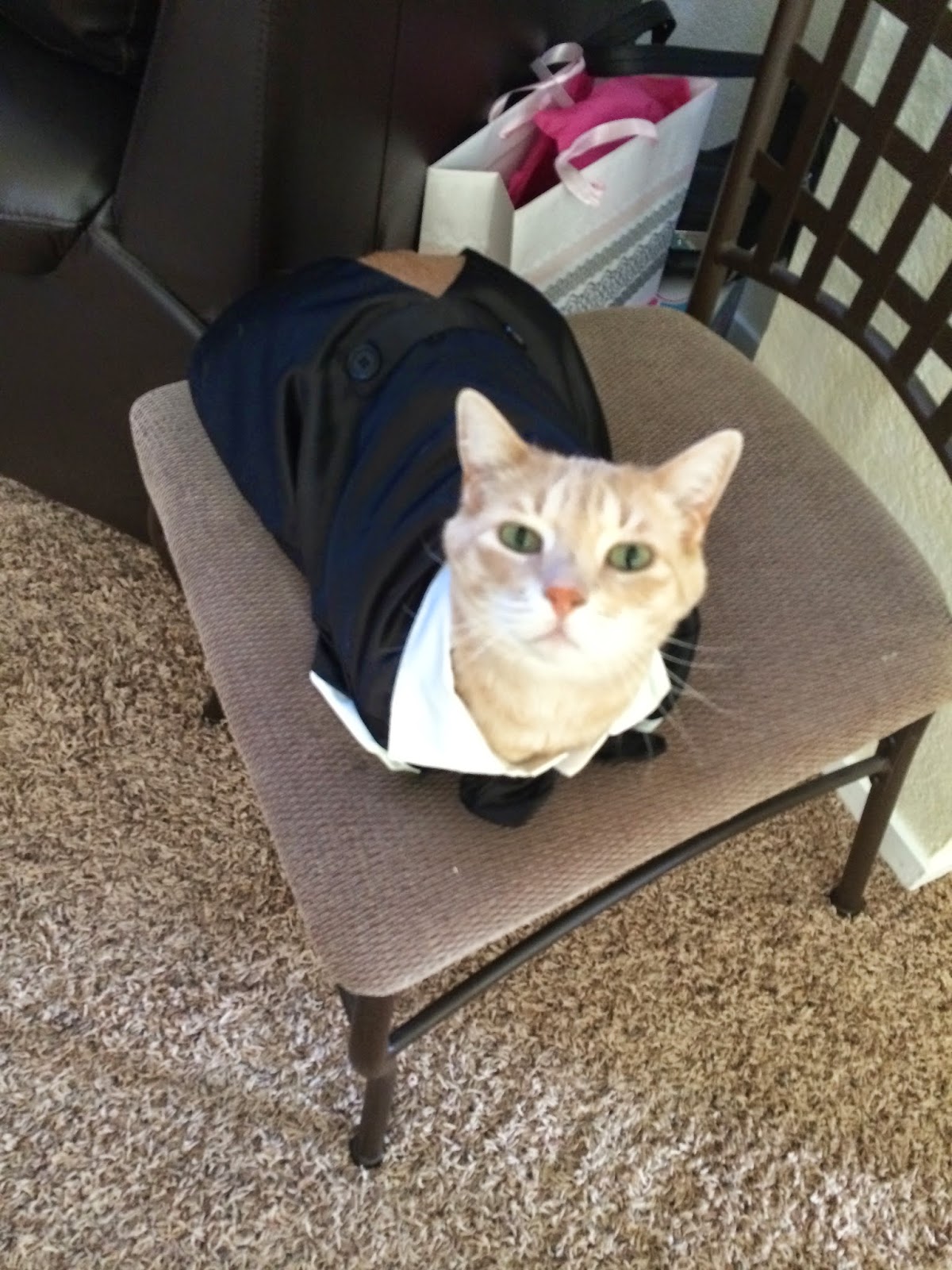 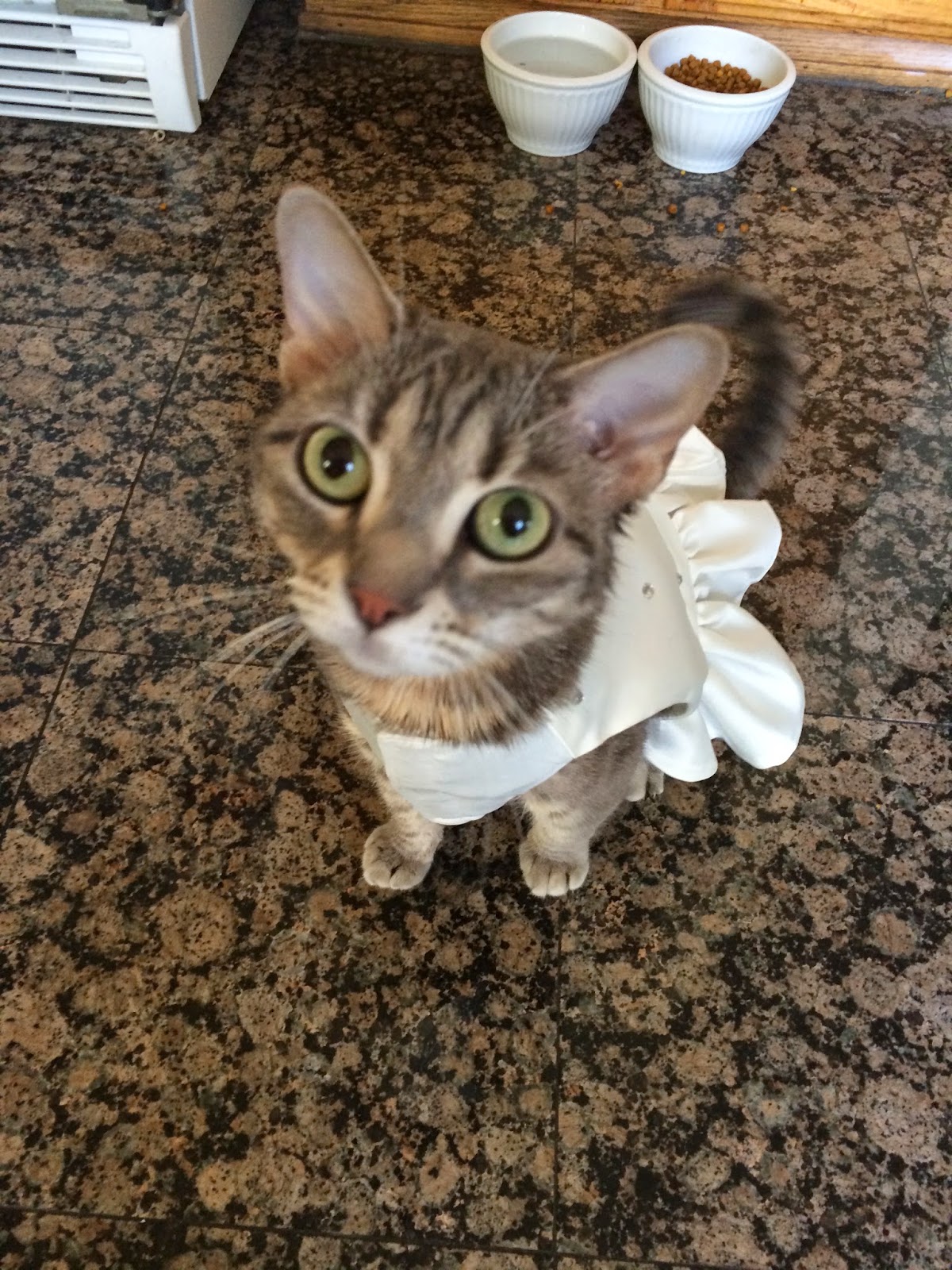 They were so funny and quite the party entertainment for a few minutes.

The wedding was on Saturday. I started my day off by going to get my hair and make up done by my sister in law. The wedding was 20's themed so that was the look we were going for. 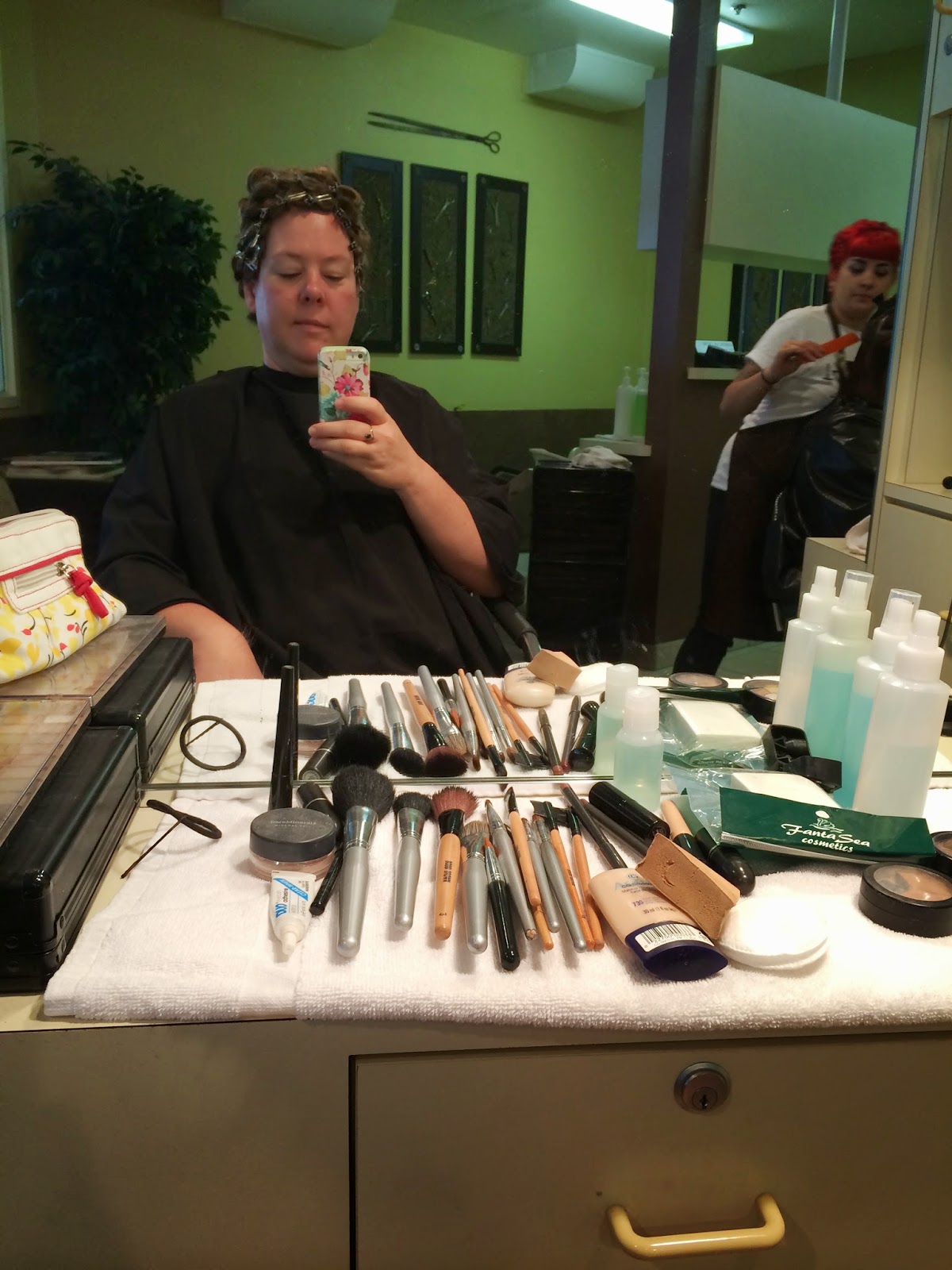 I was pretty nervous about all those pin curls because my hair REALLY takes to curling. I asked if I was going to look like Shirley Temple when we were done and I did. BUT she smoothed it out and it was fine.

Then it was off to the wedding venue to get ready with the girls. I was so worried about being late but I was the first one all dressed and ready so I kind of felt like I was just in the way.

We were sipping champagne and one girl went to open a new bottle and it popped and water-falled all over her. I about died but everyone just laughed. I guess that's all you can really do in that situation right? 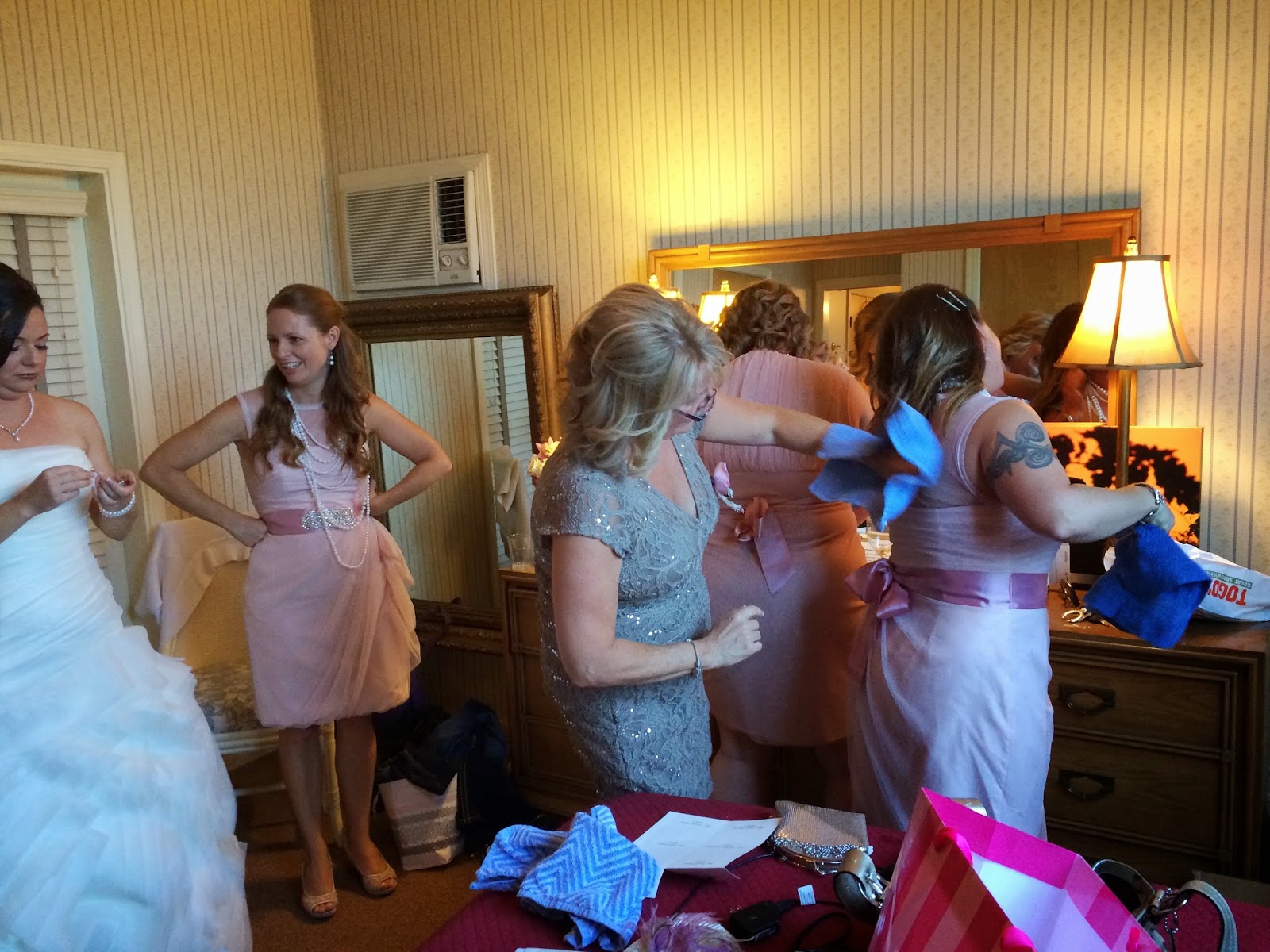 Here is all the bridesmaids minus the maid of honor. I look like an amazon next to them and I'm only 5'5" tall. I swear there are just too many petite people in the world. (kidding, but really where's my tall friends when I need them?) 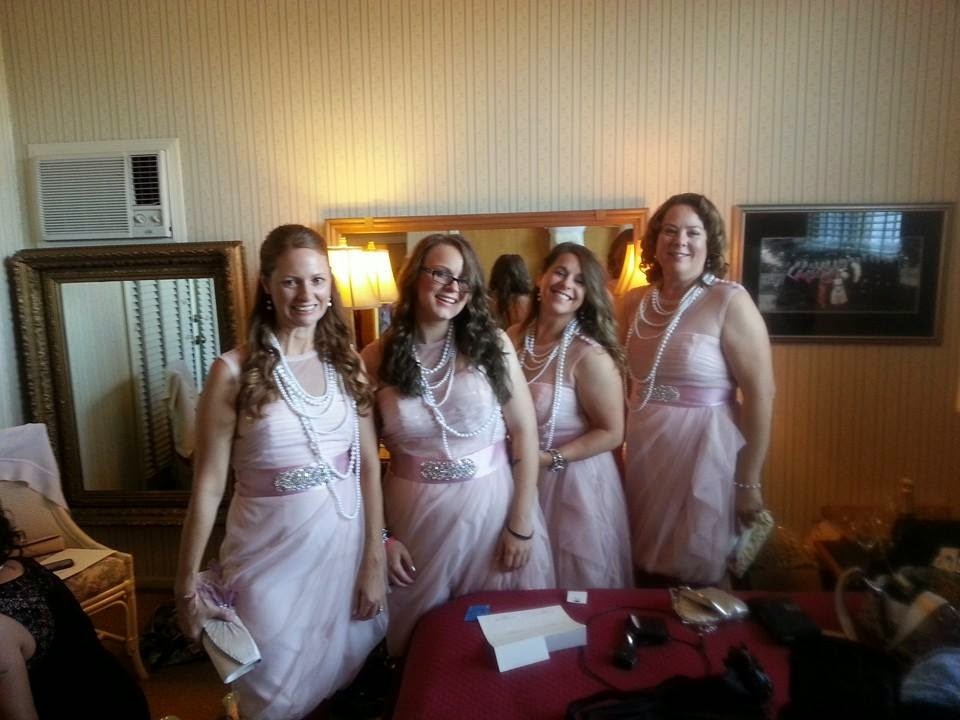 The bride all ready to go 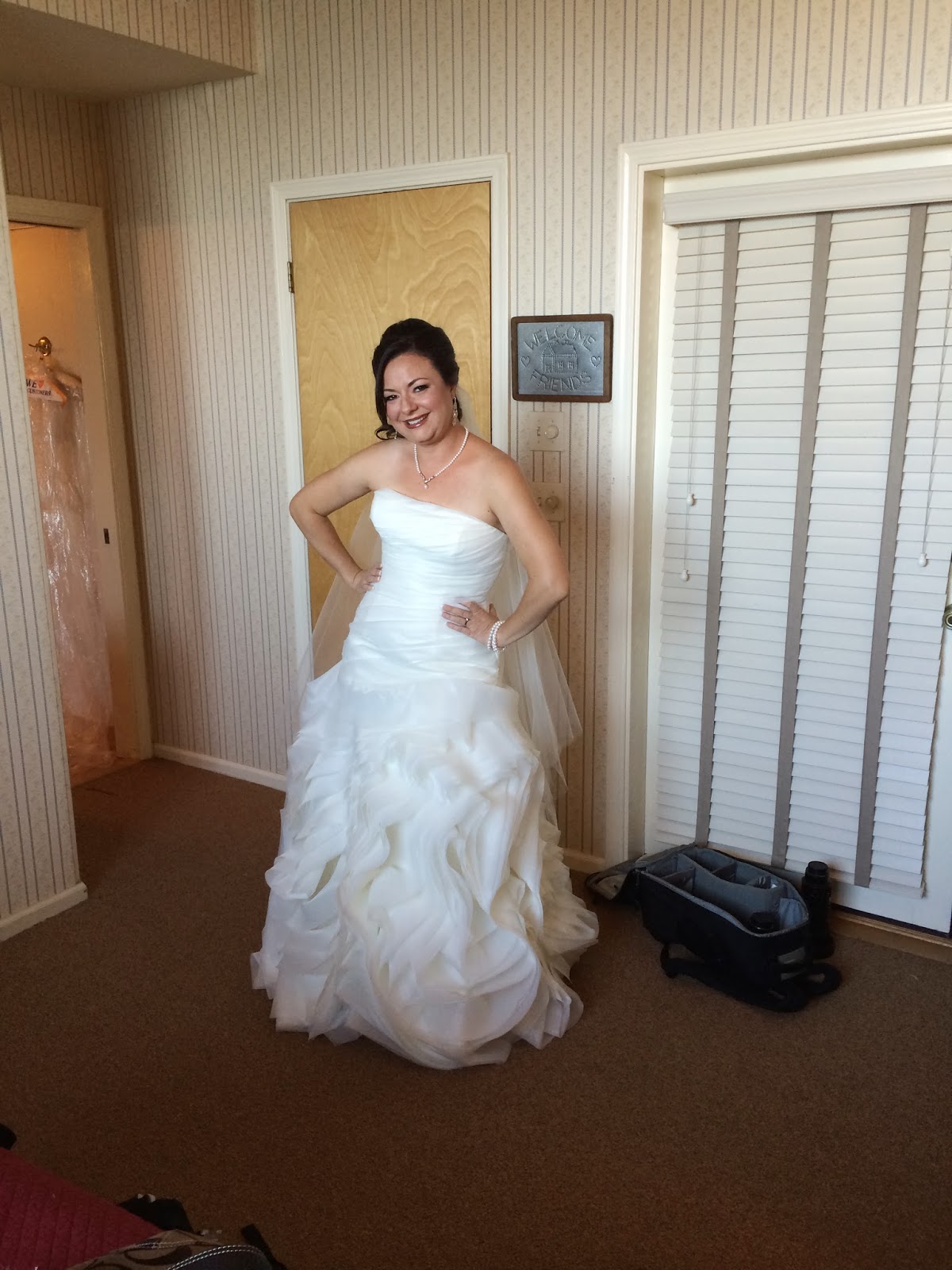 The ceremony was nice, here's a picture of the bride and groom I pinched off someone. 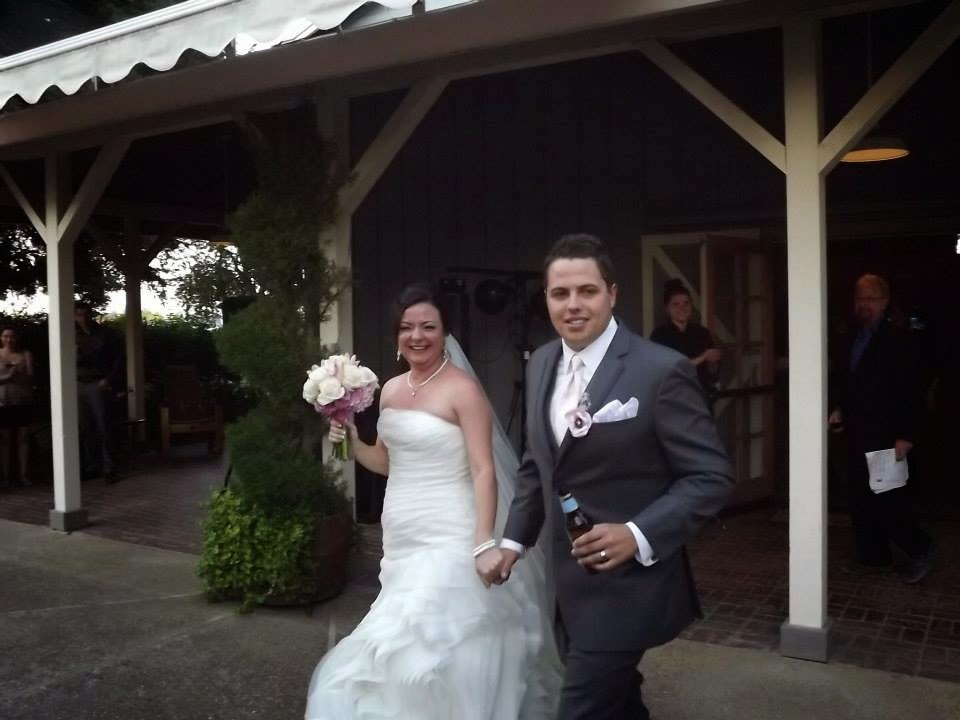 and one at the reception 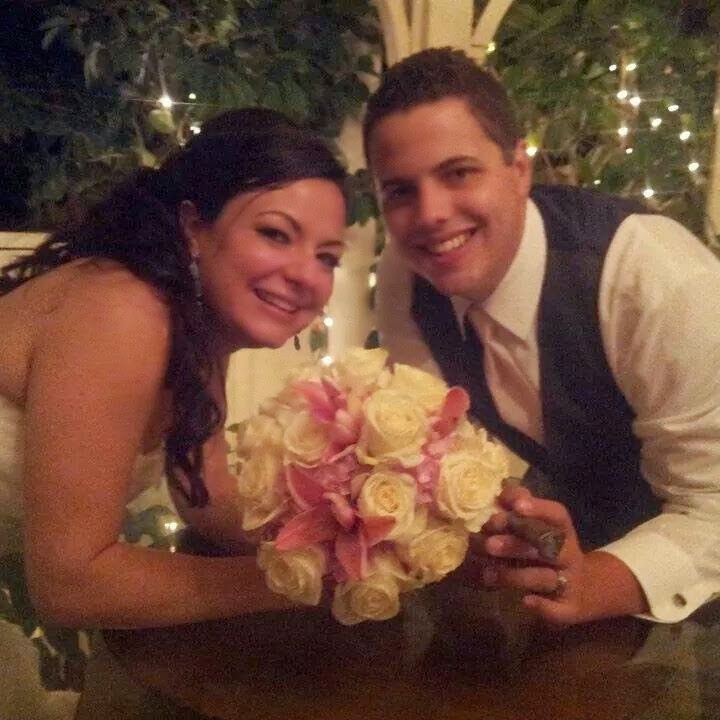 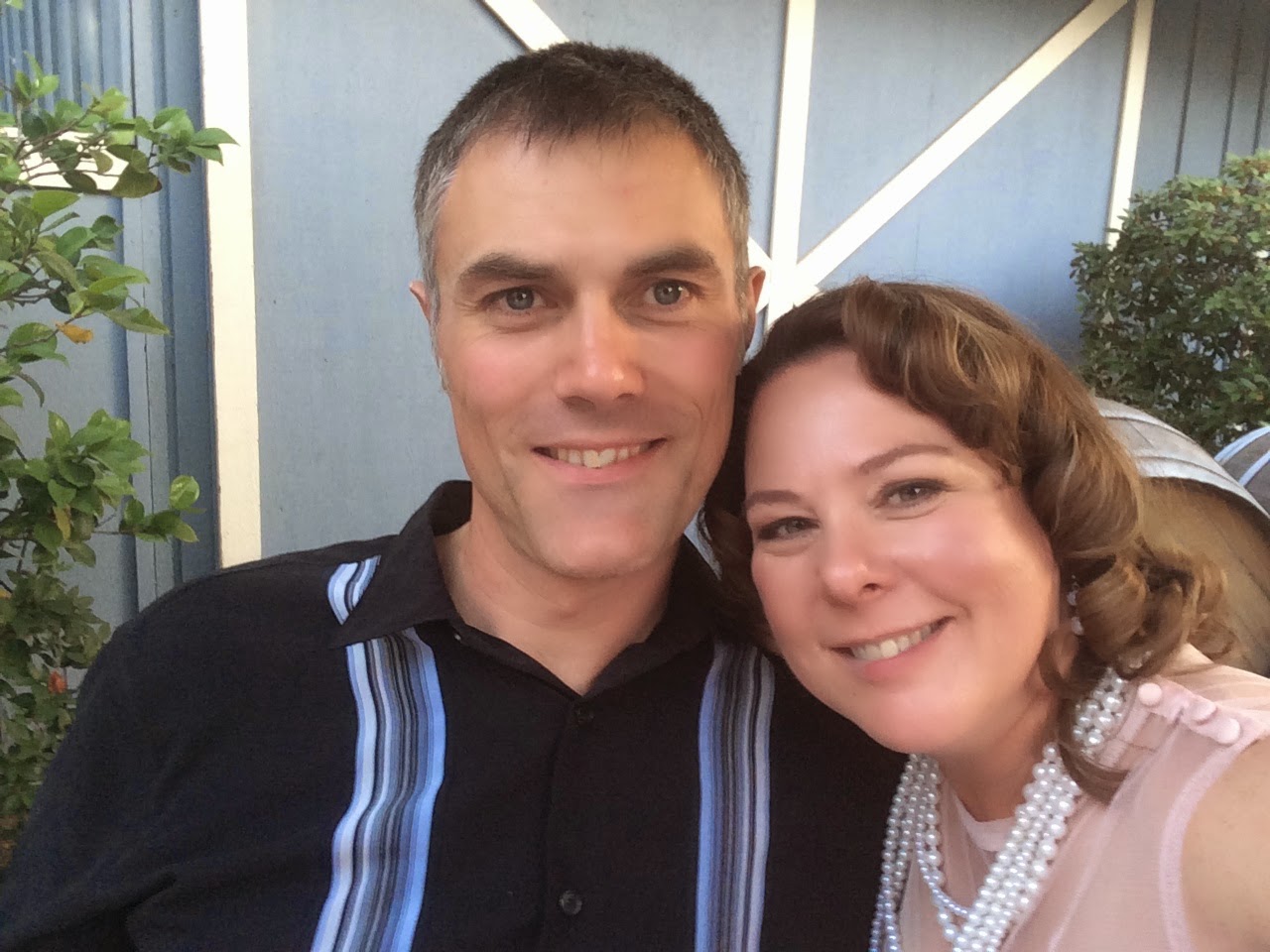 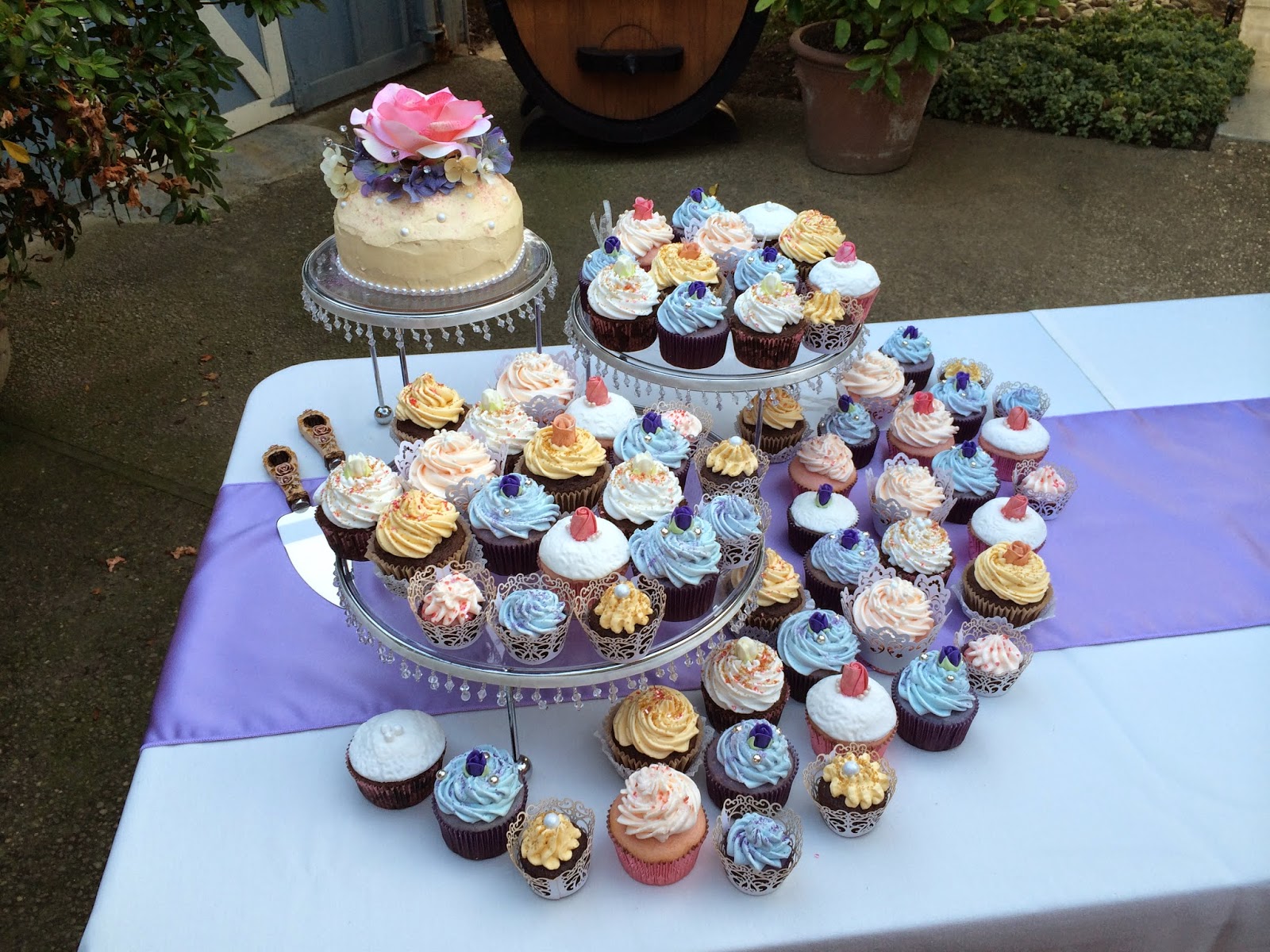 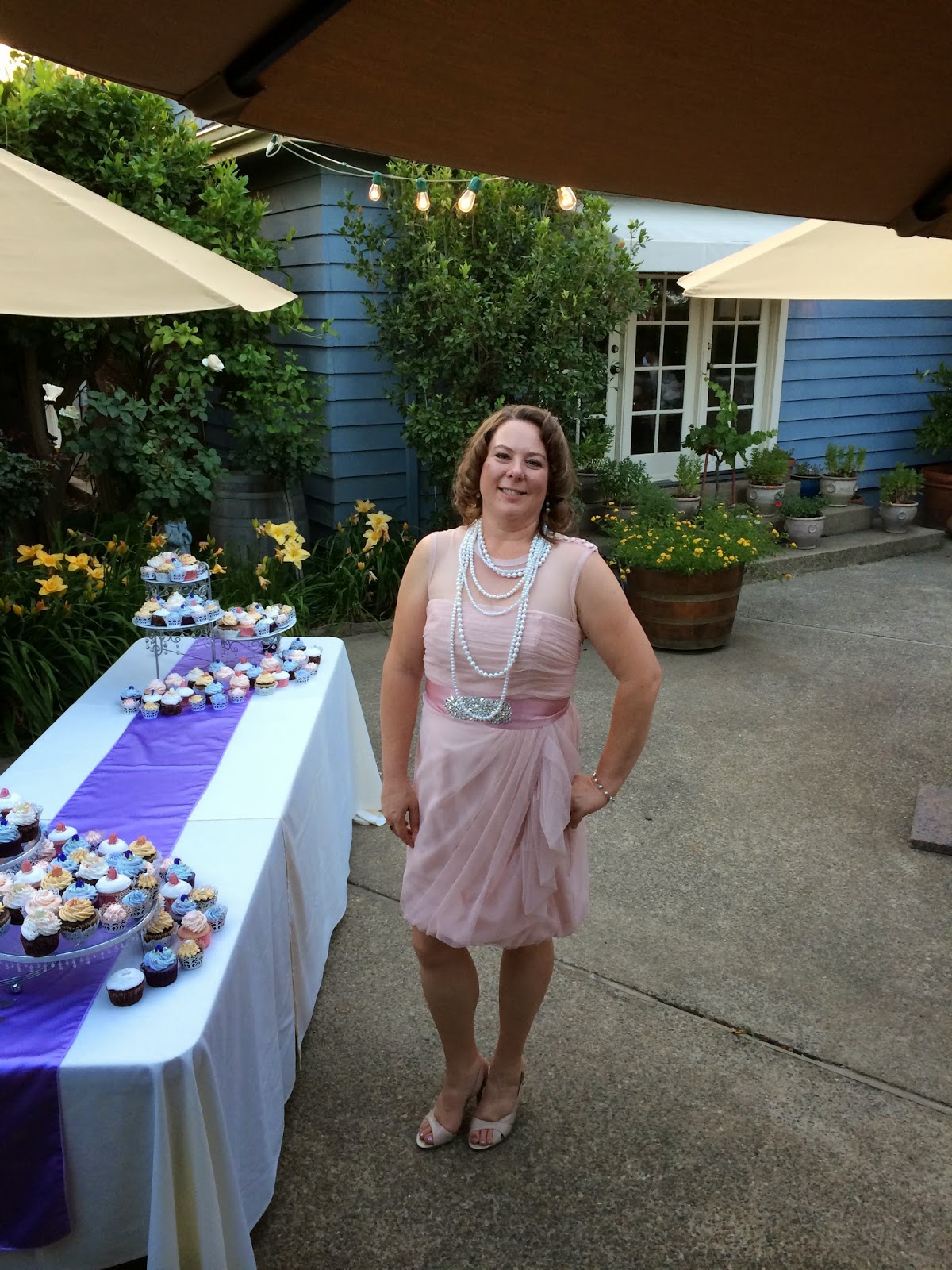 The party after the wedding was great. All my favorite co-workers who are also my friends to hang out with, and dancing of course! 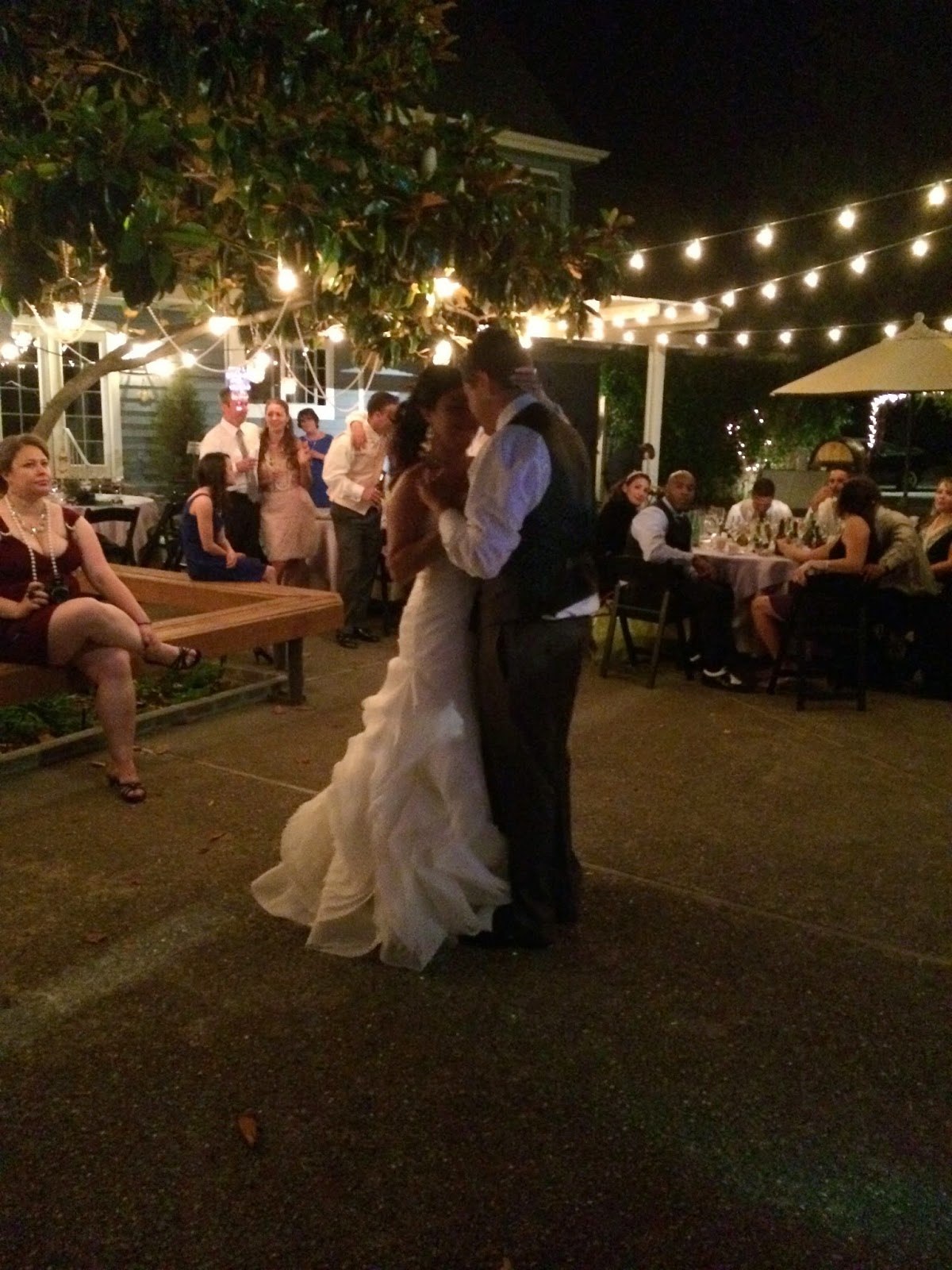 Sadly I didn't take any pictures of the tables with all the flowers that we worked so hard to make. All the flowers were made out of paper (except her bouquet). They were all just gorgeous.

It was so nice to be a part of their wedding since I've been around for the whole "love story".
Here's to happily ever after!
Pin It
Posted by Julie H at 6:00 AM