Yesterday we went over to my brother Joe's house to have a little BBQ for my (step) Dad. My Mom is off gallivanting in Fort Bragg with her BFF so it was kind of weird having a little party with out her there.

When we first got there no one was there but Joe and his dog Rocky. Rocky is an English Mastiff. He's roughly the size of a horse and acts like an 8 pound puppy. It's pretty hilarious! 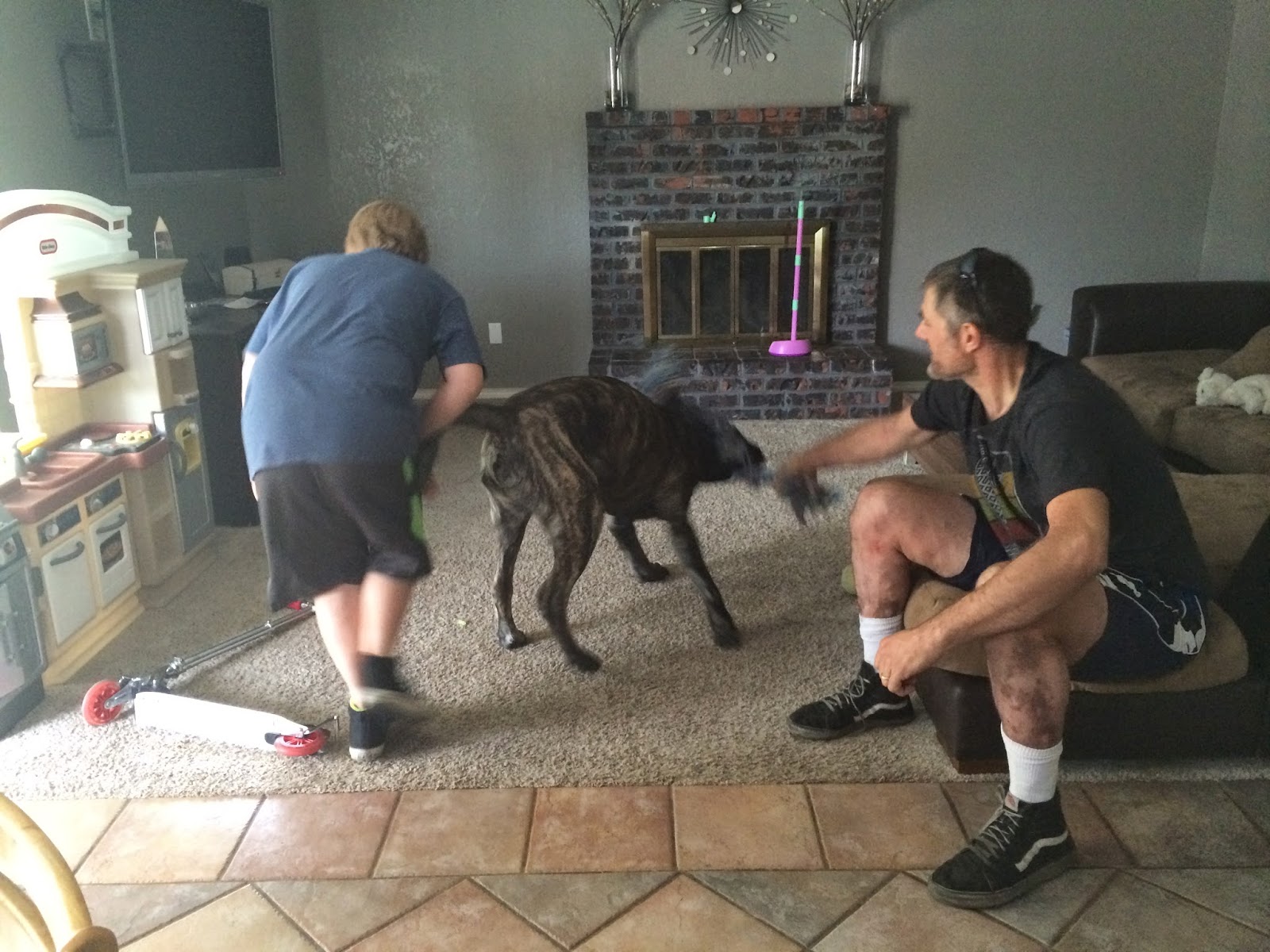 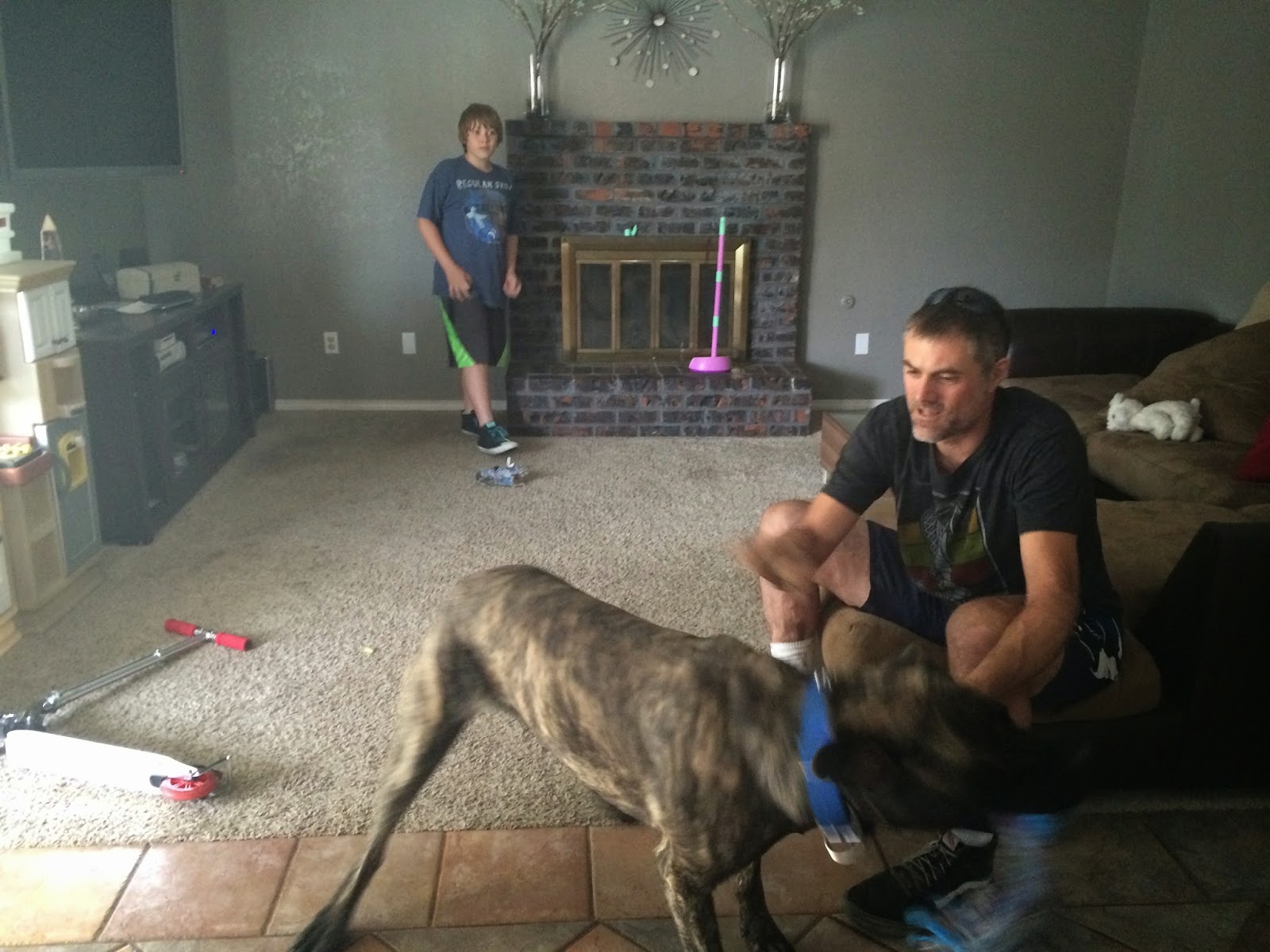 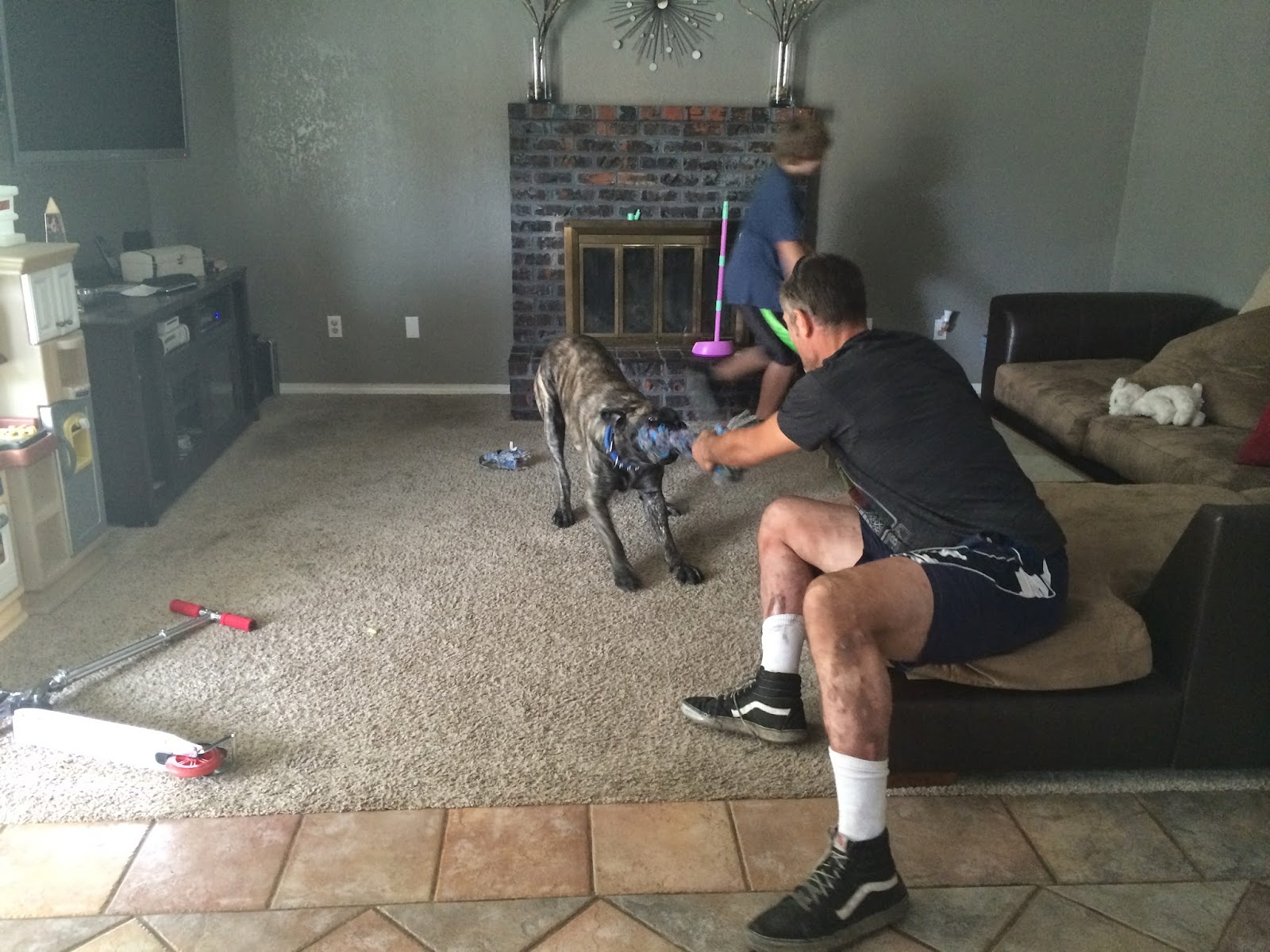 Notice you can't actually see his face because he hardly ever stops moving lol. After the littles showed up he got put in the side yard so he wouldn't knock anyone over.

Most of the day was spent holding babies and watching the kids play in the pool. The twins are almost 3 months now. I thought it was funny that they weigh 8 pounds. My smallest baby was Jessica and she was 8 pounds 8 ounces when she was born. So they are still smaller than her. 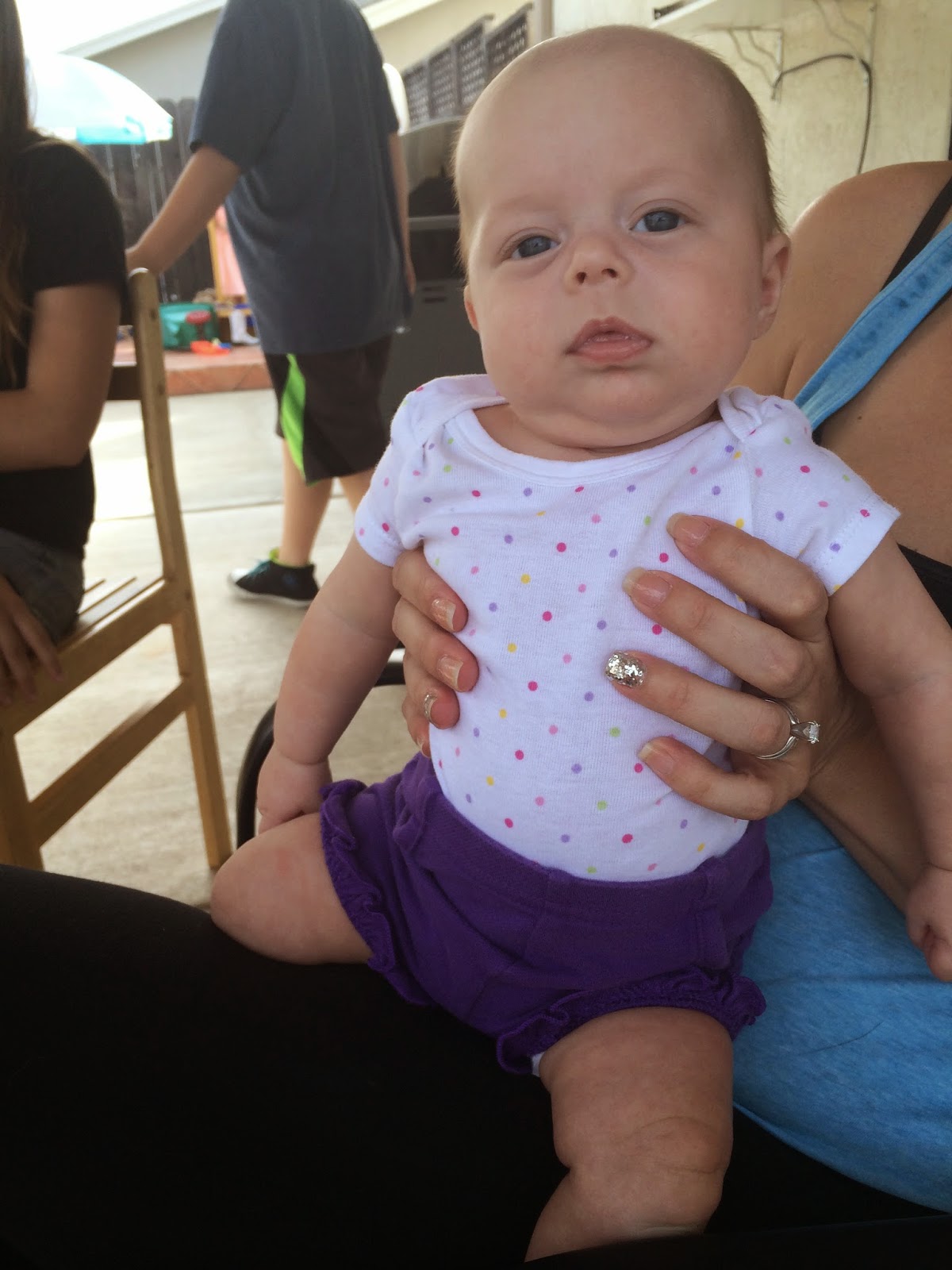 I mostly held Vincent (Vinny for short). Most of the time I was holding him he didn't really pay any attention to me. Then for just a little bit of time he made eye contact, tried to smile and coo. Oh the fun times are coming! Plus he only spit up on me a little bit this time. 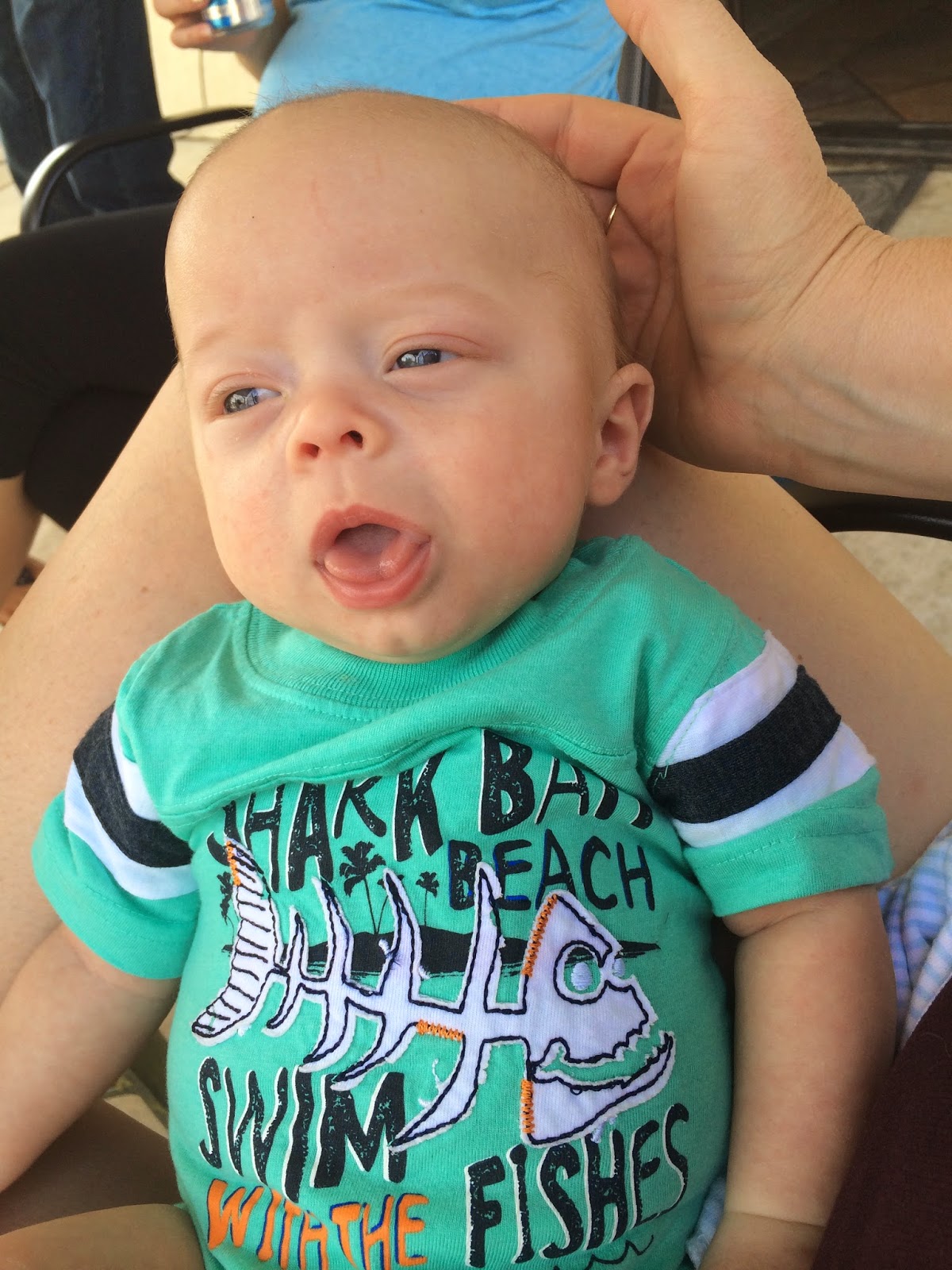 I thought it was pretty cute that my Dad was taking pictures of the little ones too. 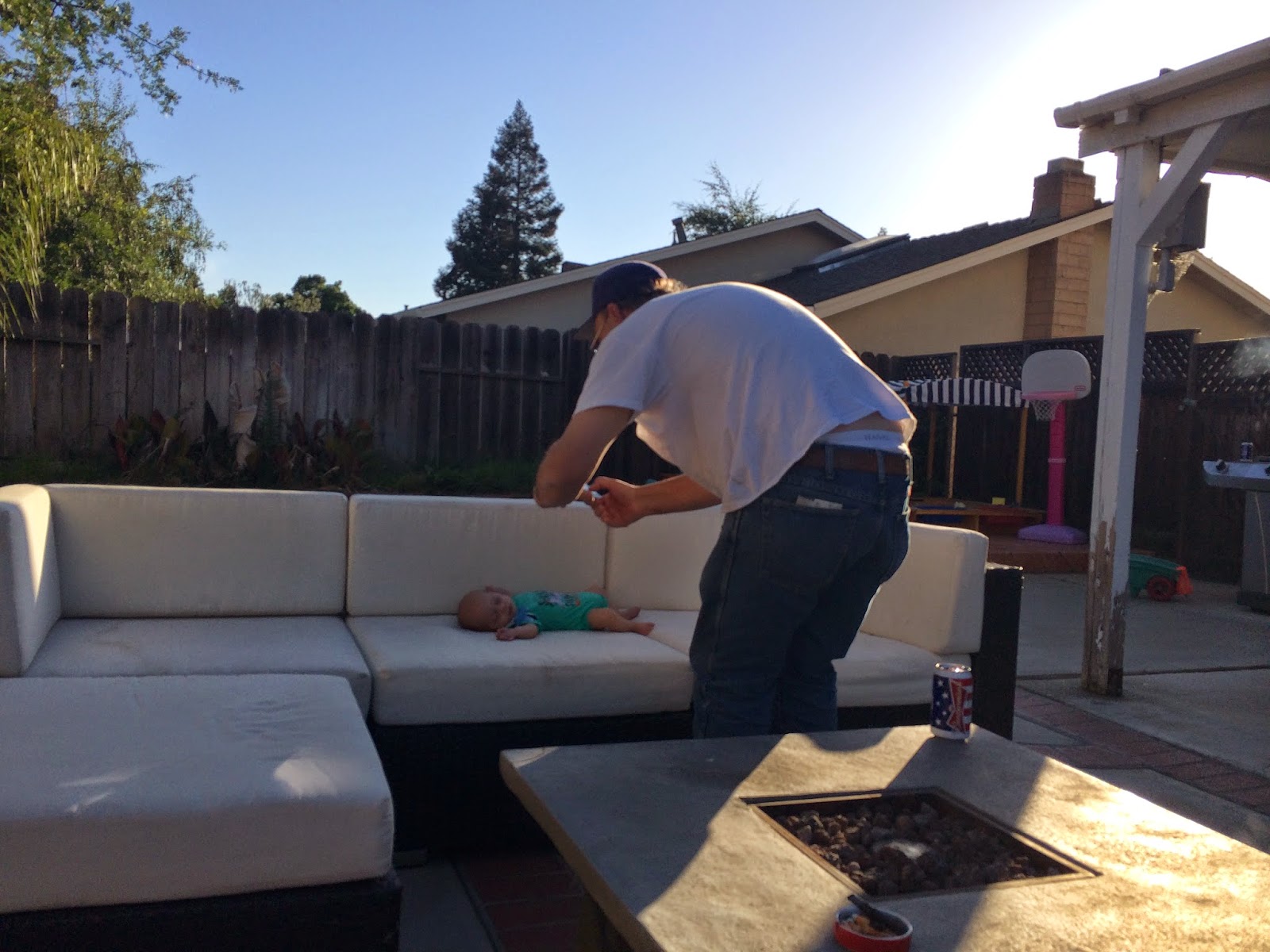 All the bigger kids went in the pool. The girls just love Melissa so much. 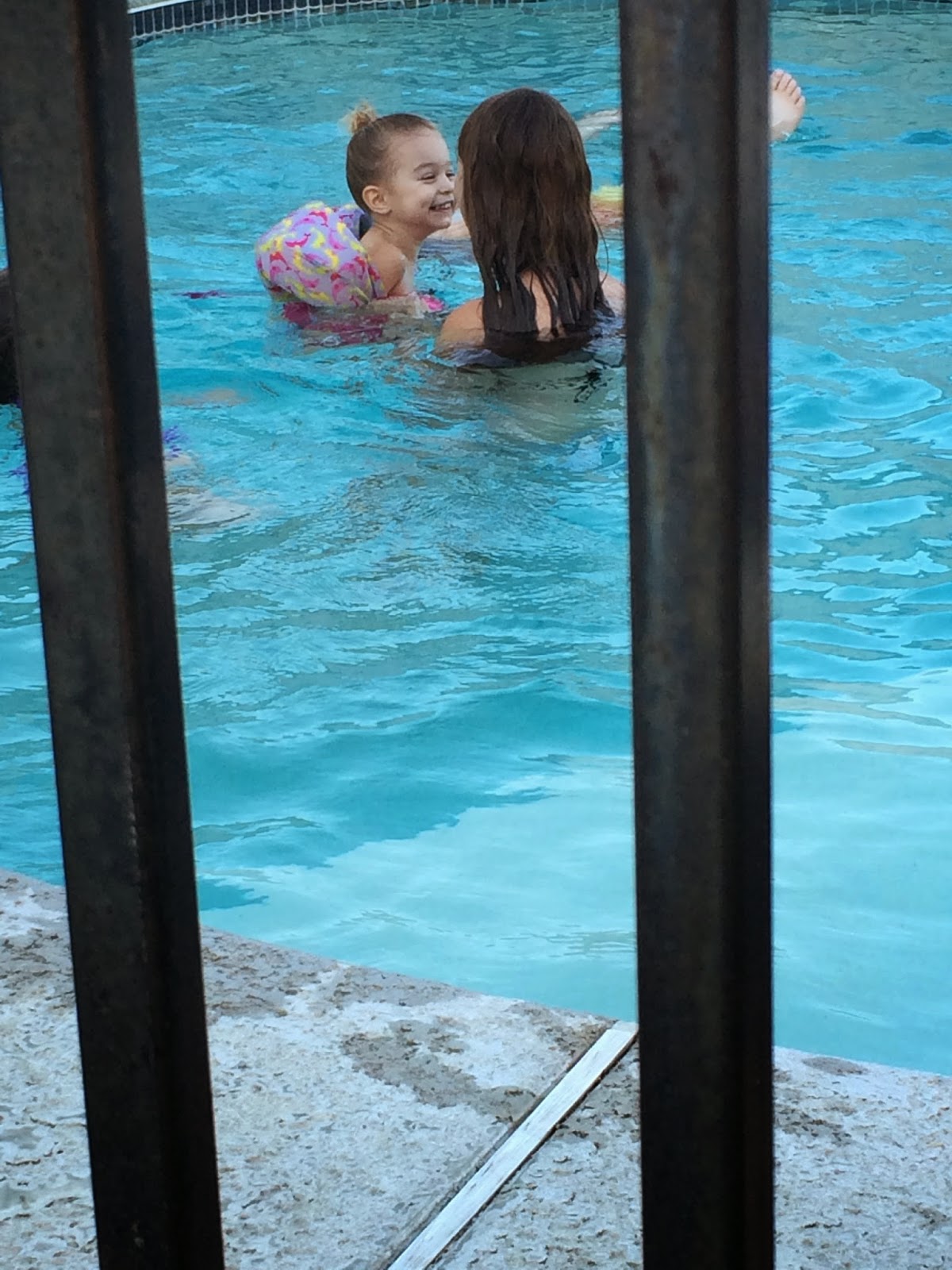 I didn't get any pictures of Adrian but she can swim all over like a little fish now (she is 4 1/2).

That's about all the pictures I took. I know what a slacker. But it was so nice just sitting there. I keep saying the nice thing about your kids being older is you don't have to worry about what they are getting into and if they are going to get hurt.

The guys did all the BBQ'ing and my sister in law made this potato salad and it was awesome.

After it started getting late my brother Louie and all the little ones left (and Trevor went with them to spend the night with Tony). Joe lit the little fire pit thing he has and we sat around talking about how we wished we had stuff for smores. Adrian talked her grandpa Charly into going to the store to get some marshmallows.

When they were gone Joe let Rocky back out and he tried to sit in all our laps and take everything out with his whipping tail. Eventually Adrian and Charly came back and we all toasted some marshmallows before calling it a night.

No idea what we are doing today. At some point I need to drive to Stockton to pick up Trevor. On Friday I told myself I was going to clean my room this weekend. I should probably at least do something in there haha.
Pin It
Posted by Julie H at 9:46 AM

Awww those babies are adorable! And still so tiny. Summer there, swimming ... what fun.
It isn't Father's Day here until September.