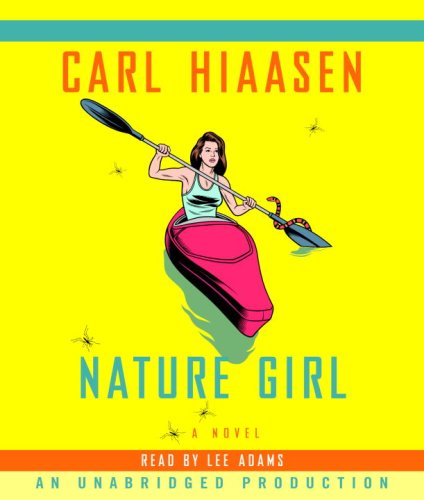 I MAY have picked this book by the cover. Is that bad? Not really since it was quite the entertaining book!

There are quite a few characters in this book.

The main character is Honey. Honey is raising her son Fry. She's a bit on the crazy side and Fry tries to keep her reigned in but when she gets a bit too crazy he calls in the help of his dad Perry.

Perry used to be a drug runner.

Honey and Perry are divorced but still get along ok for the most part.

Honey worked for a man named Piejack. Piejack is obsessed with Honey. He's under some illusion that he can make her his.

Boyd Shreave is the unlucky telemarketer that calls Honey one day while she and Fry are eating dinner. Honey is very upset that he is disturbing their dinner. She messes with Boyd and pushes just the right buttons to make him spout off at her. Doing so makes him lose his job and makes Honey hatch a plan to get him back.

Sammy Tigertail, a half white, half Indian guy had a man die on hist boat. In a bit of panic he dumps the body  and then goes to an island to hide out. While he's there he comes across some college kids and ends up with one of the girls volunteering to be his hostage.


So we have all these characters that come together in nature. What happens is pretty funny and the whole book was quite entertaining!Pin It
Posted by Julie H at 6:00 AM