The most amazing thing just happened! Trevor got off the computer! I probably should have signed him up for some kind of summer something or other. So far he's pretty much been attached to the computer 24/7!

So this morning I got up super early and went and ran the Without Permission Freedom Run. I did the 5k. It was at a really nice park area along the river called the Tuolumne River Park. To get to the park you have to drive through some not so nice areas so I'm thinking that even though it seems like it would be a great place to go run, you probably shouldn't go run there by yourself.

The first thing I noticed when I got there? No bathrooms. Well no port-a-potties anywhere in sight. I asked a volunteer where the bathroom was and she said "good question". Eventually I found it down the path a bit. It had NO DOORS on any of the stalls. Um yeah so no doors=no pooping before the race lol. Not to be gross but that's what I'm pretty sure almost every runner is attempting before a race.

My friend Kristin (not the one that just got married, the other one) met me at the park and ran the 5k too. I sadly forgot to get a picture of the two of us together though!

Right before the race started Scott sent me a message asking me what I put in the coffee because his heart was beating out of control. Um yeah cocaine? Just kidding. COFFEE what else would I put in it? So I got that message right when I was about to start the race so I spent the whole time I was running worrying about if he was keeling over or something.

The run itself was pretty nice on paved bike paths. There was not very many runners at all. There was a 10k and a 5k and the 10k probably had 20 people or less. I'm pretty sure that's the smallest race I've ever been in. Too bad I'm not back to where I was before or I might have actually won something!

As it was I ended up doing a bit of walking (yelling at myself in my head the whole time) but ended the race a lot better than the last one I did. 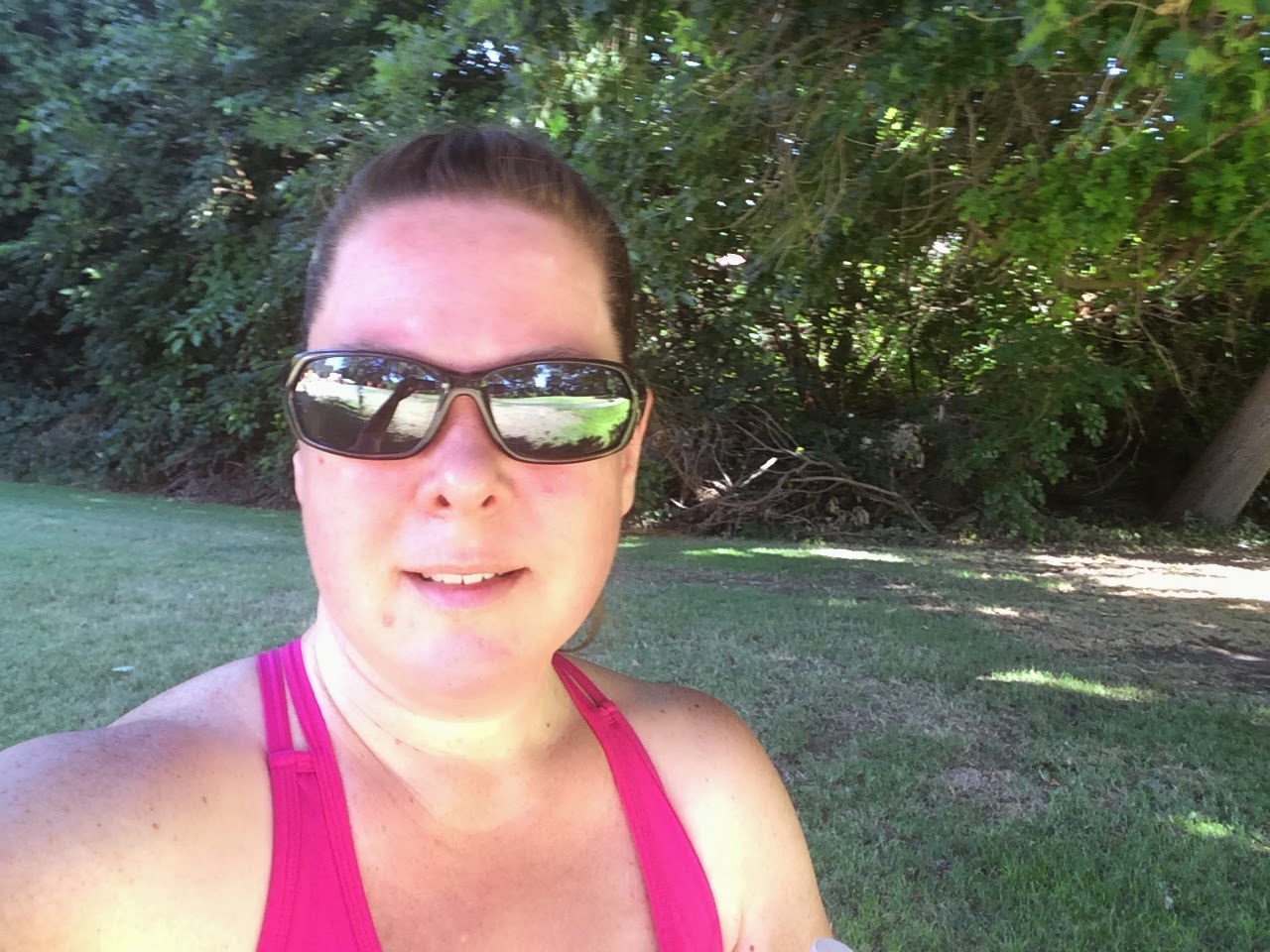 crappy selfie after the run

My big goal now is going to be to work on running without walking. I have been doing 6 minute run 1 minute walk intervals when I run at home but I think I'm going to change those to 10 minutes and 30 sec next to see how that goes for a bit. 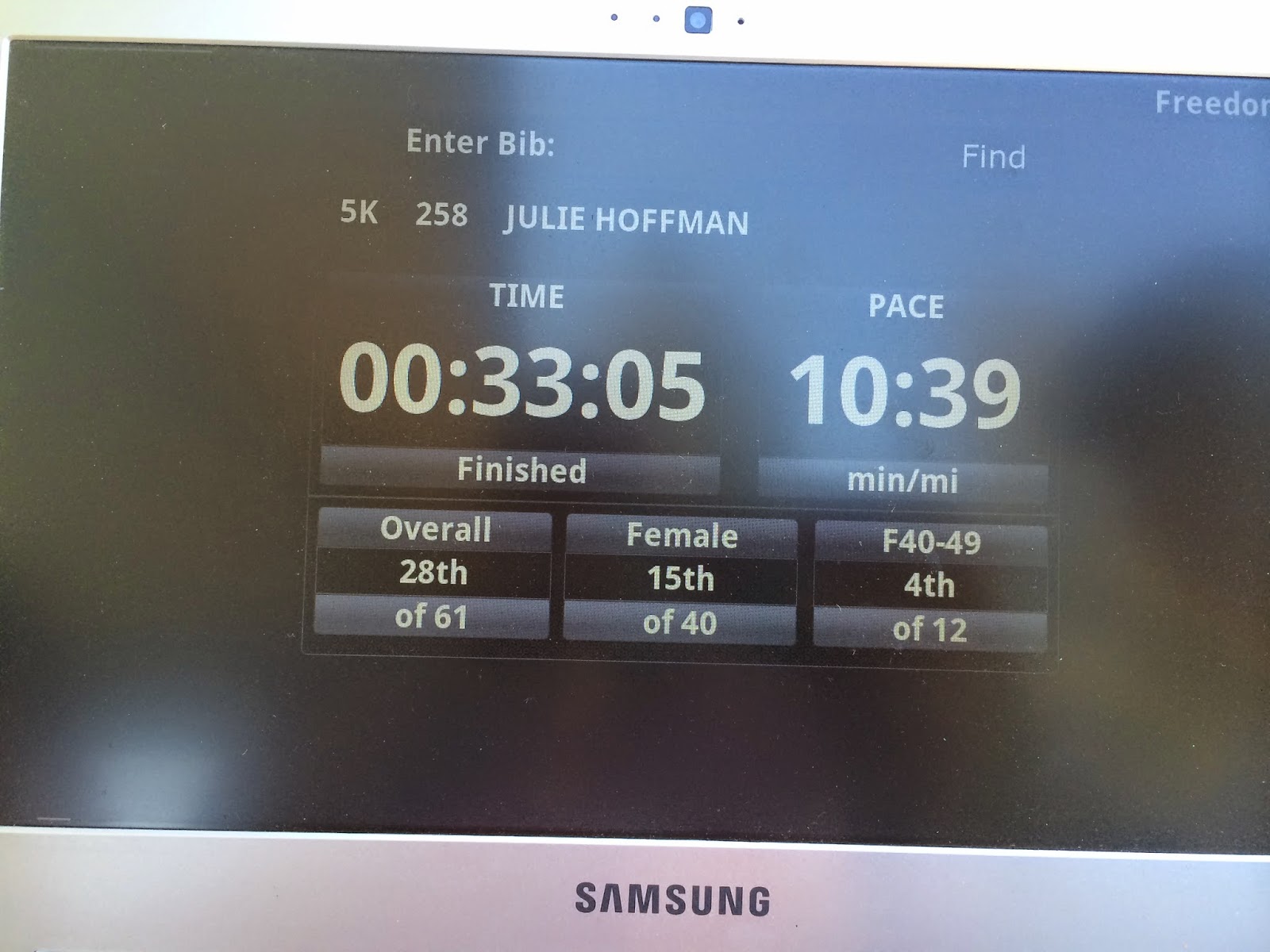 They had laptops set up where you put in your bib number and it gave you all the stats. AWESOME! See that there were only 61 runners in the 5k? That's pretty crazy! 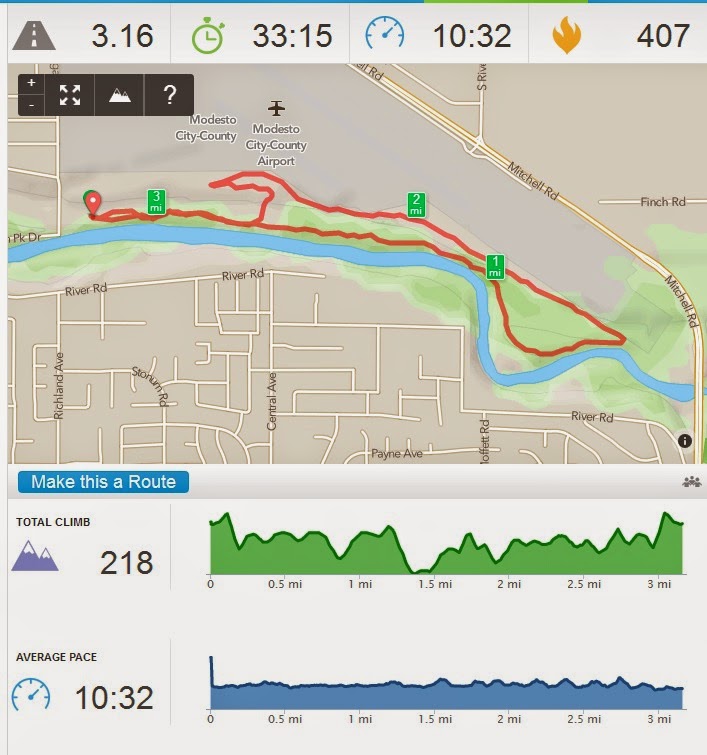 My friend was saying the end was all up hill and I was like,  "it was?" lol But yet, it was uphill, just a little hill though.

My pace was pretty even for most of the race 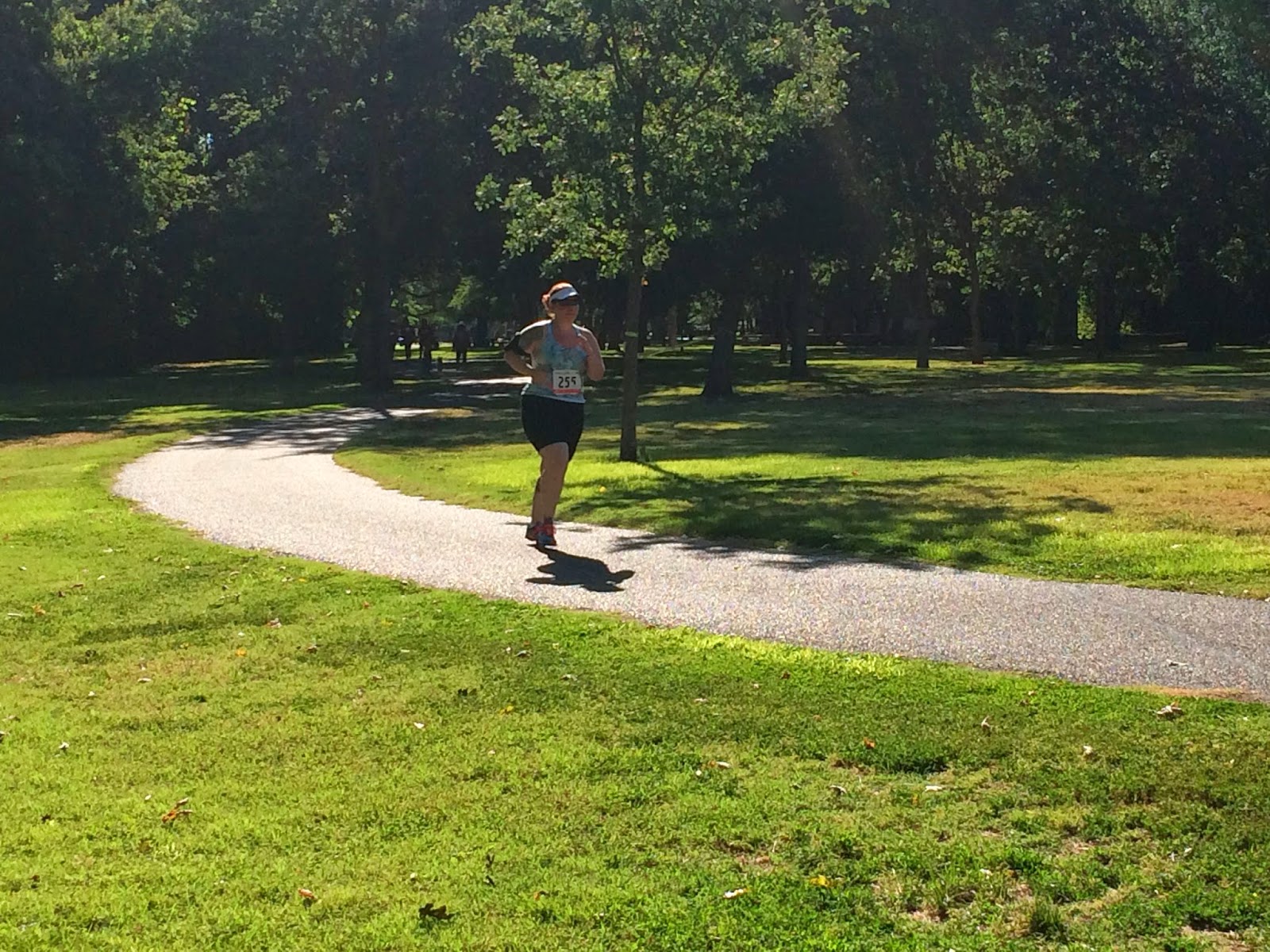 Someone was there to hand us a nice cold water right when we came over the finish line.AWESOME! Someone finally did what I'm always saying!

They had tech shirts but they are really big. I started with a large and traded for a medium but I probably could have went with a small. I think I'm getting to the point where I need to clean out my shirts because they are taking up a lot of room in my closet and I don't wear many of them. 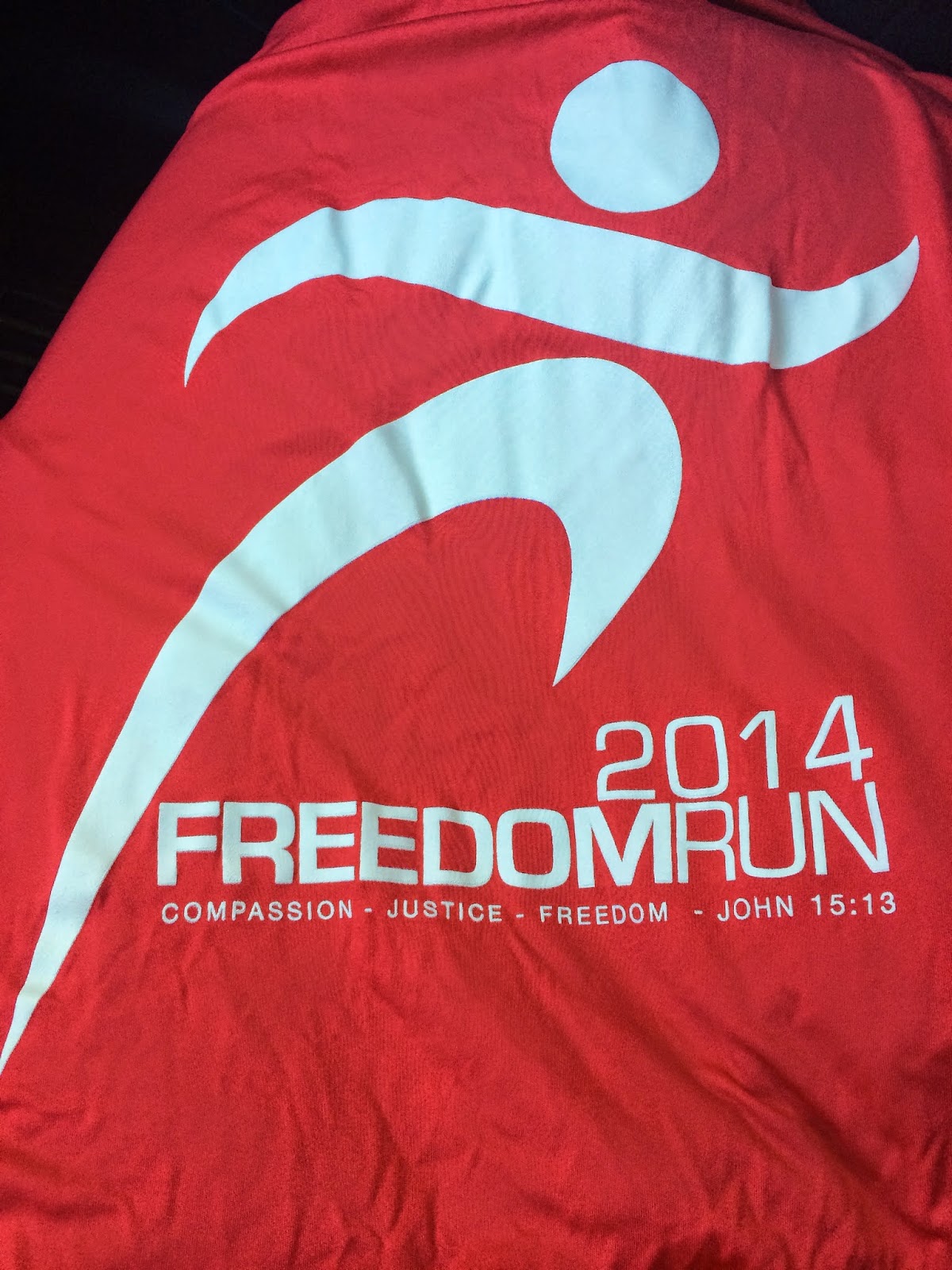 We had talked about maybe going to breakfast after the run but I decided to come home to check on Scott. He's still feeling a bit off but napping right now so hopefully he'll feel better later. We are supposed to go to my brother's house for swimming and a BBQ.

Now to find a run for July!