Oh my God book club this month was hilarious! I showed up a tiny bit late and with wet hair after the big run that morning but it was ok!

We had read the book Summer of Secrets by Charlotte Hubbard. I thought the book was kind of boring but everyone else liked it. I think I was just in more of a murder and suspense type of mood ;) 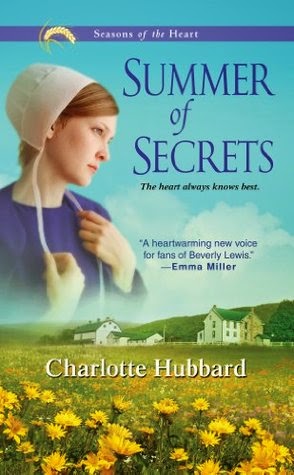 So night too long after I got there, Ginny's sister Heidi showed up. Ginny is the oldest of 4 sisters and Heidi is the youngest. Heidi lives across the lake so pretty close by. She had been working on painting this little boat that Carol T's husband buddy bought (she's in book club too). So she comes in with her little white paint suit and it says "Book Club Crasher" on it. 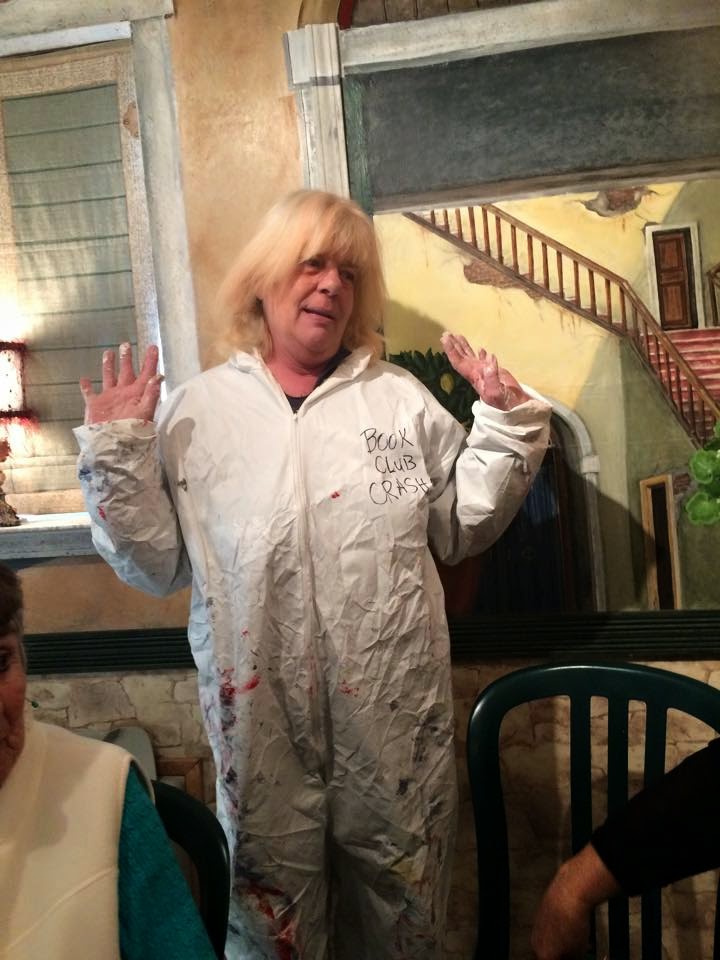 She took it off so she wouldn't get paint on the chair. Someone said "hey we should all sign it" and then it all went crazy from there.

(Peggy, this is proof that my book cub gals are cooler than yours lol)

The jumpsuit and the box of pens got passed around. I'm pretty sure that jumpsuit is NOT going to get worn out in public again haha. 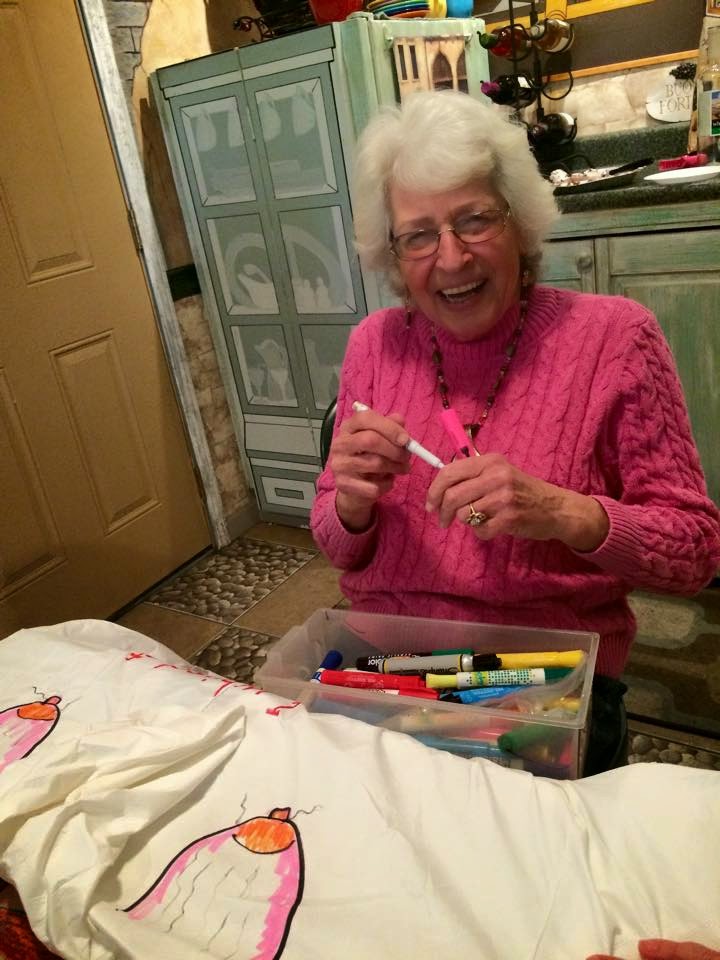 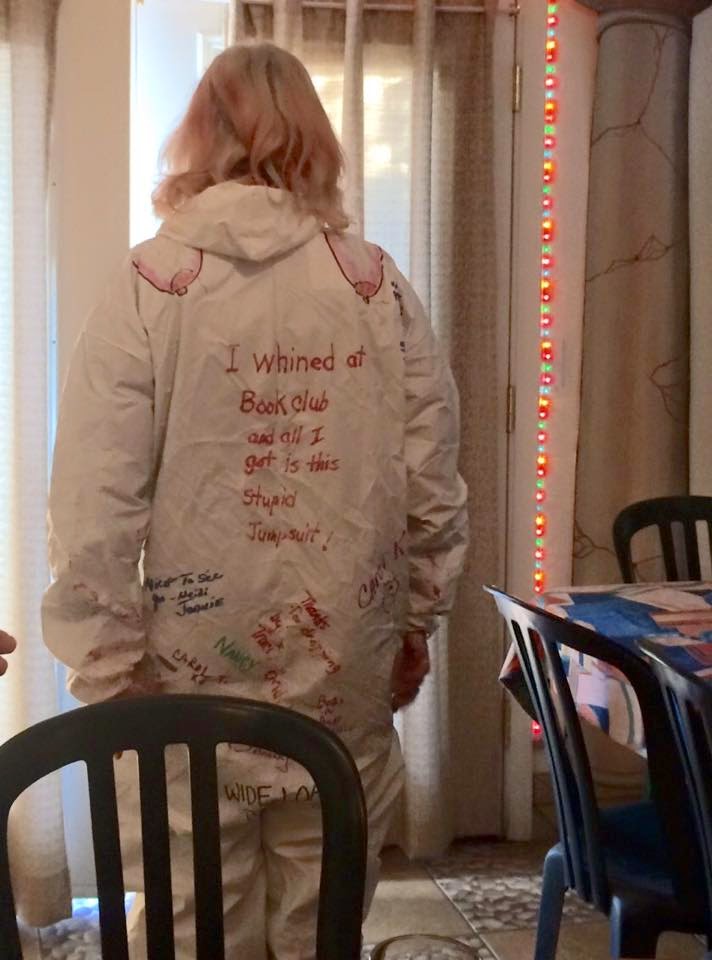 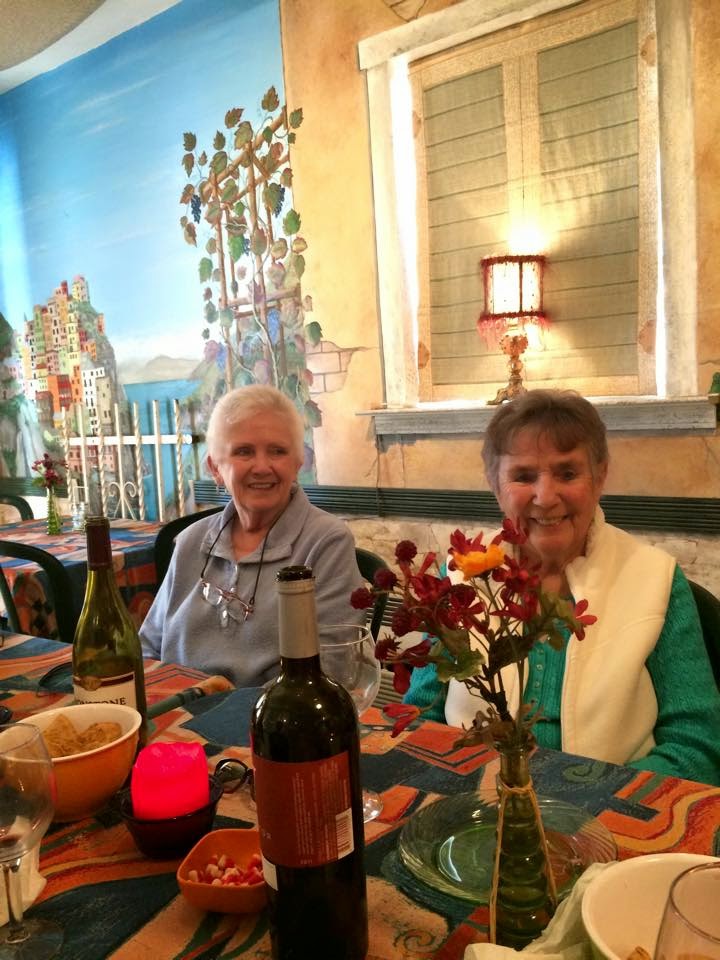 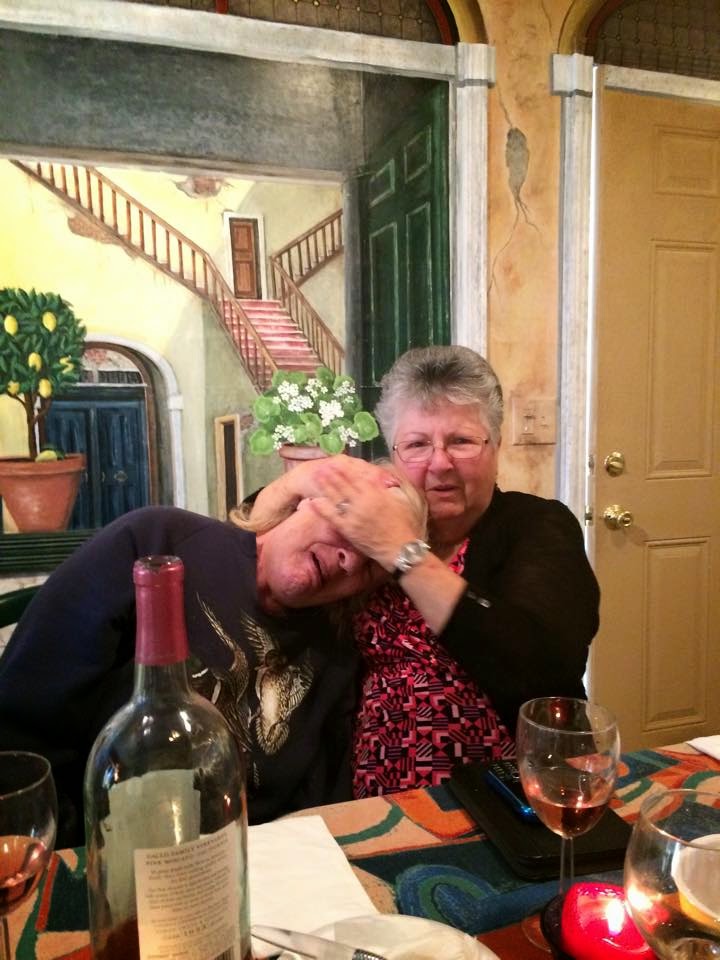 Me and my mom (side note, mom's getting better at using her phone!) 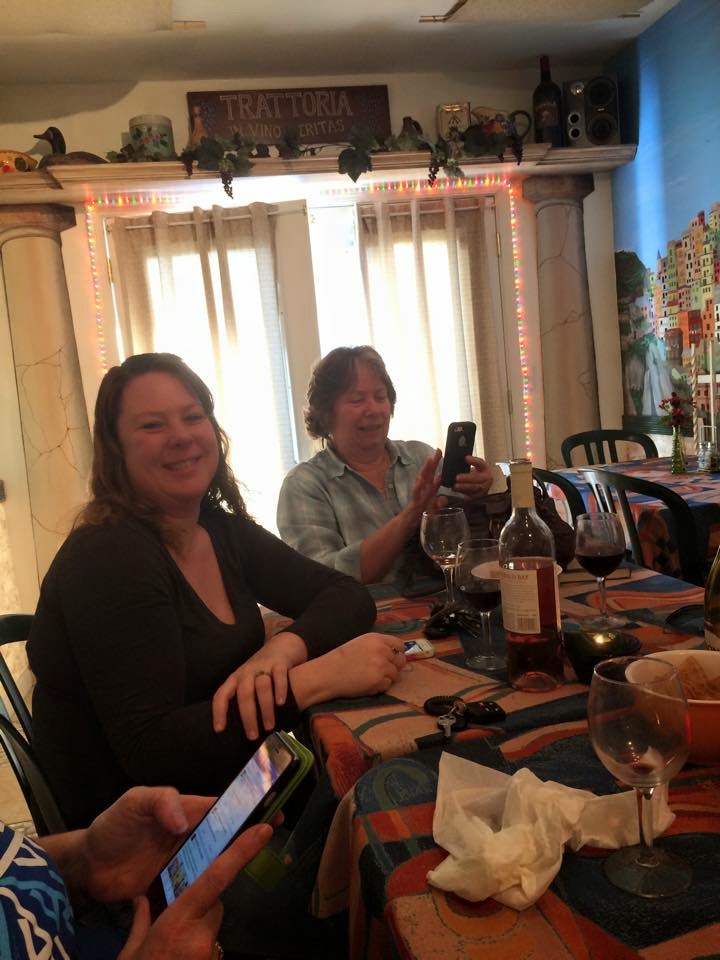 Missing a few people on the other side of the table but that's a few of us. This is in the awesome Trattoria at Ginny's house. All the background is painted by her. I know I've talked about it before but her house is just so amazing!

Most of us ended up staying about an hour longer than we usually do. A great book club day for sure!
Pin It
Posted by Julie H at 6:00 AM

I just quit mine Julie. February is my first book club free month. No more boring old bitties who are so friggin' pretentious about their reading material. They would no more read that book you mentioned. Too snobby. I so wish I could join yours.

LOL I like the boobs! I am sure she will never wear it outdoors again too.