Happy Birthday To Me!

Today is my birthday! It's raining of course, thanks to my birthday and parties I throw I'm helping out the drought lol. The wind is really whipping out there too!

I don't have any plans for today other than to go out for a run at some point (between rain drops or maybe at the gym!) and then we are going out to dinner. I picked Famous Dave's to go to dinner since that was fun last time we went.

Scott is currently making us his "big breakfast" including biscuits from scratch :)

Yesterday my Mom, Melissa and my friend Traci went to lunch at Mimi's in Modesto. It was a lot of fun and pretty yummy! 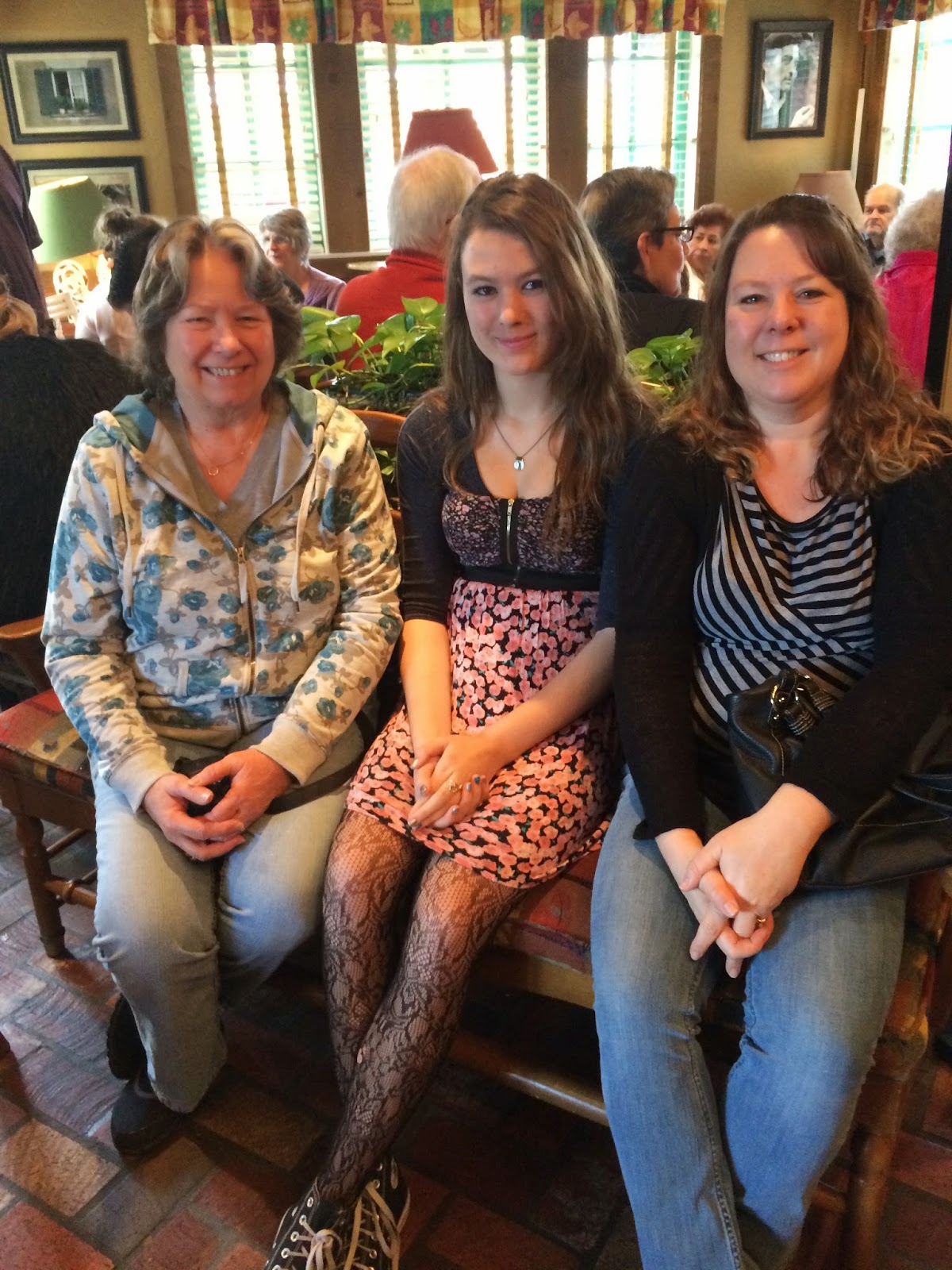 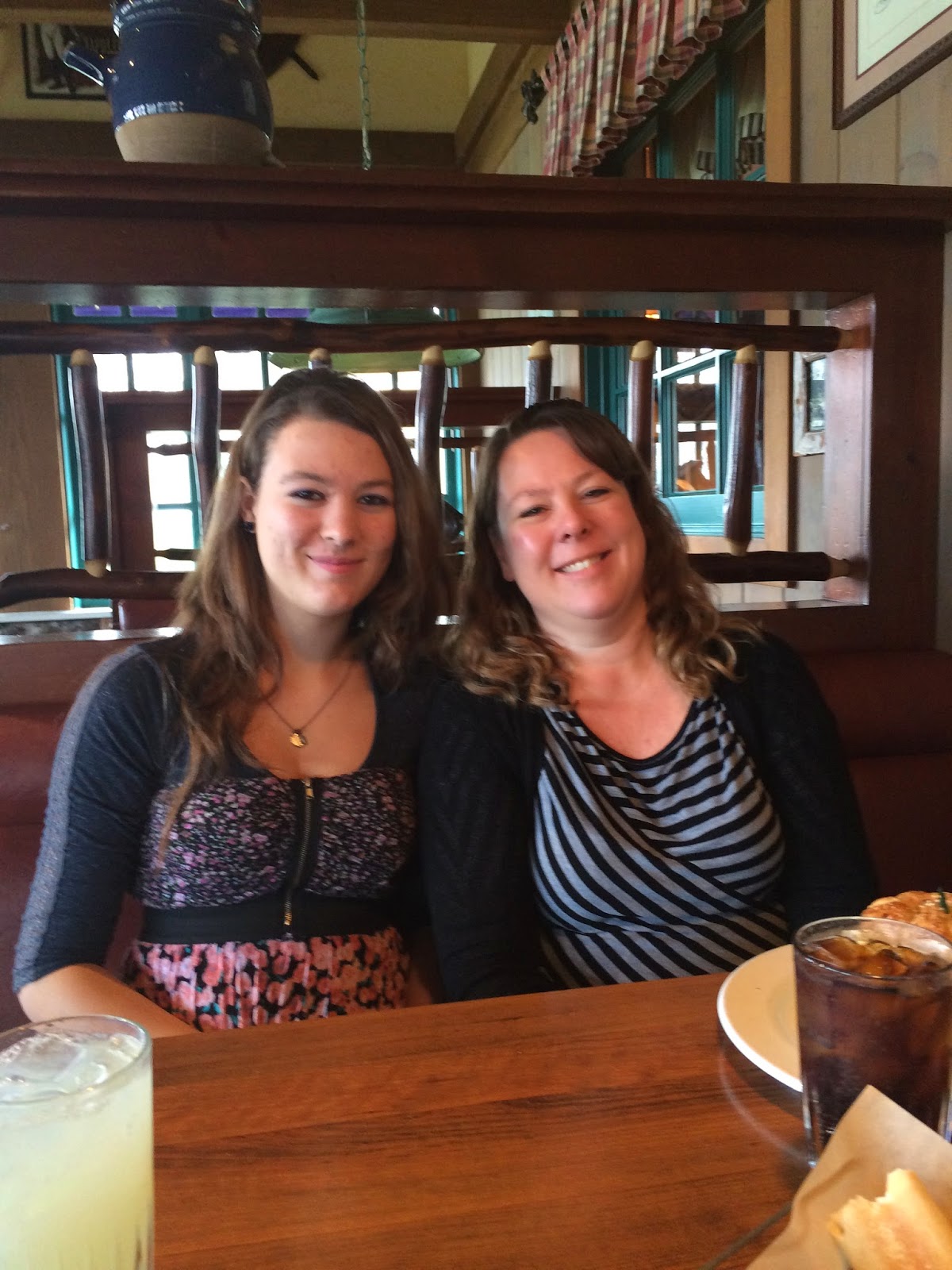 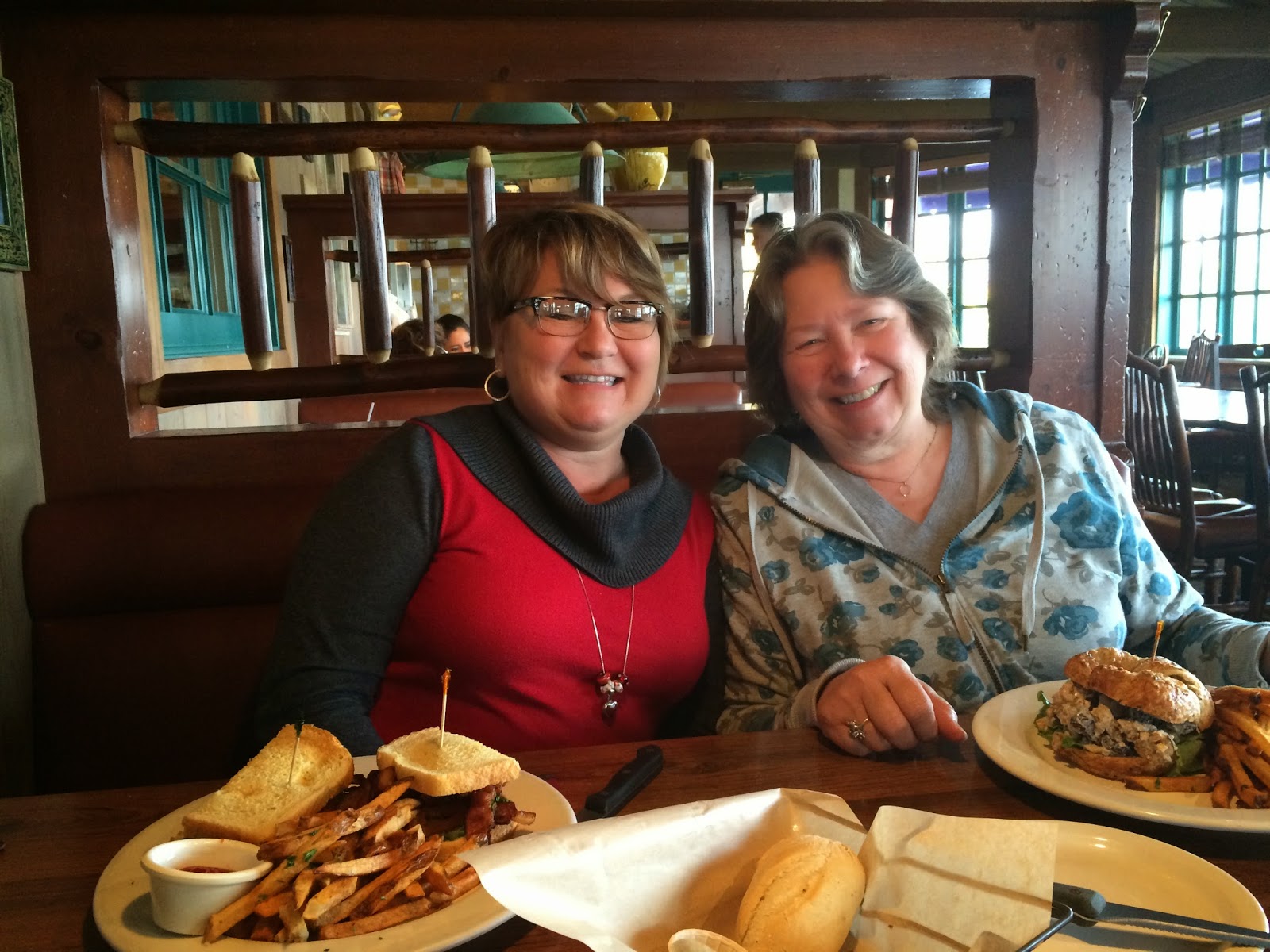 Chicken Salad sandwich, corn chowder soup and I had a house salad too. The calories were actually not as bad as I thought they would be so I didn't do too bad! 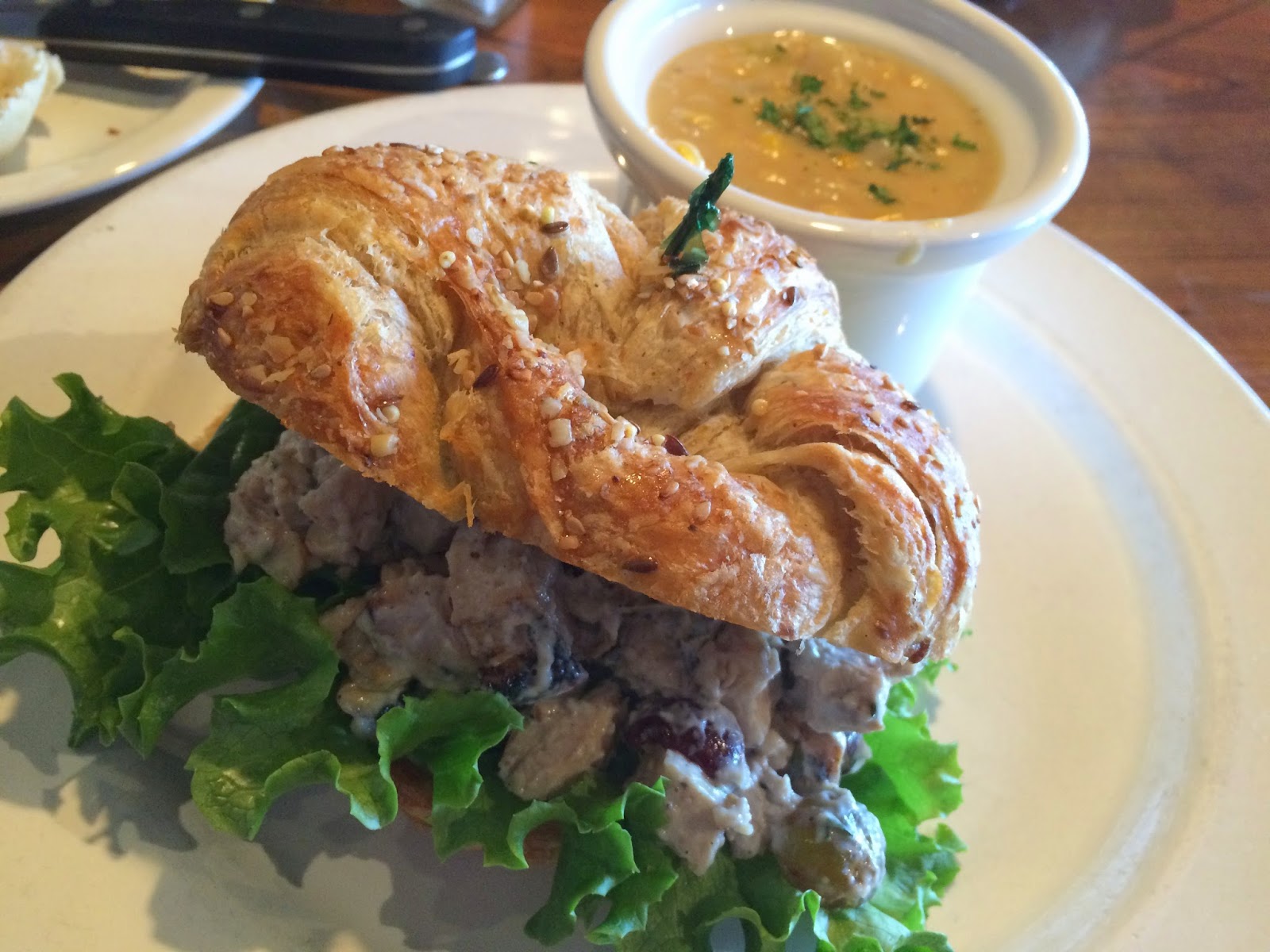 After lunch we went back to my mom's little cabin and I opened the presents they brought me. 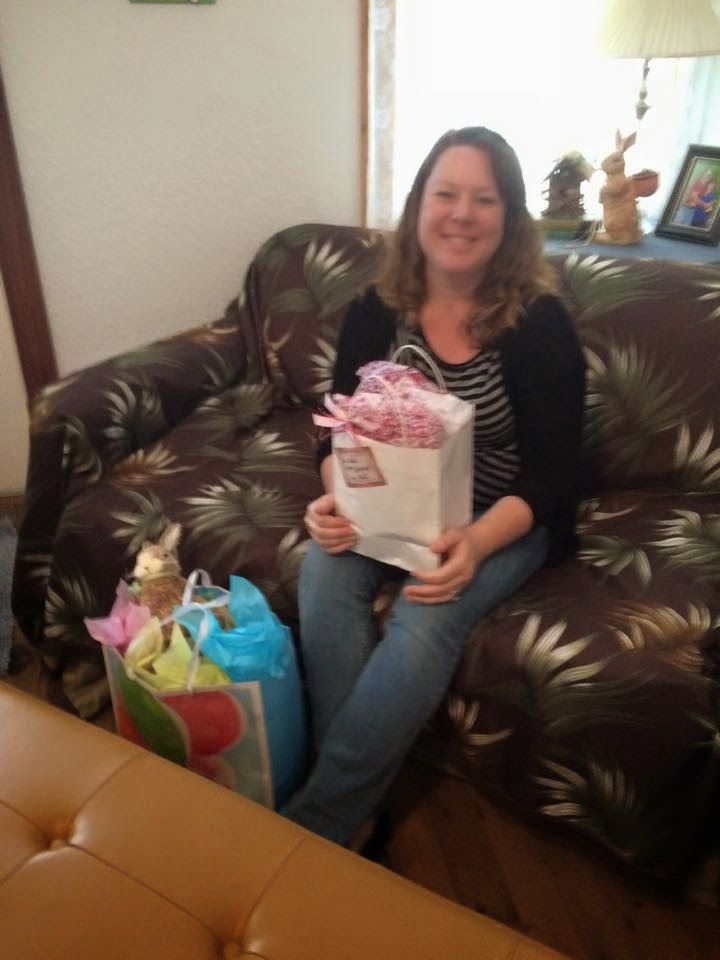 Traci made me a really cute apron and my mom got me some stacking mugs and bowls (or big mugs depending on how you look at them). I'll have to take a picture of them later since I never brought them in out of the car lol.

After that I had to take Melissa to a party in town. My mom needed to go to Target so I said lets go together. Did a bit of shopping and then came back to the house and worked on a little scanning project she had asked me to help her with. After she left I got out the pictures that we had brought home from my Uncle Don's house and started messing around with them. 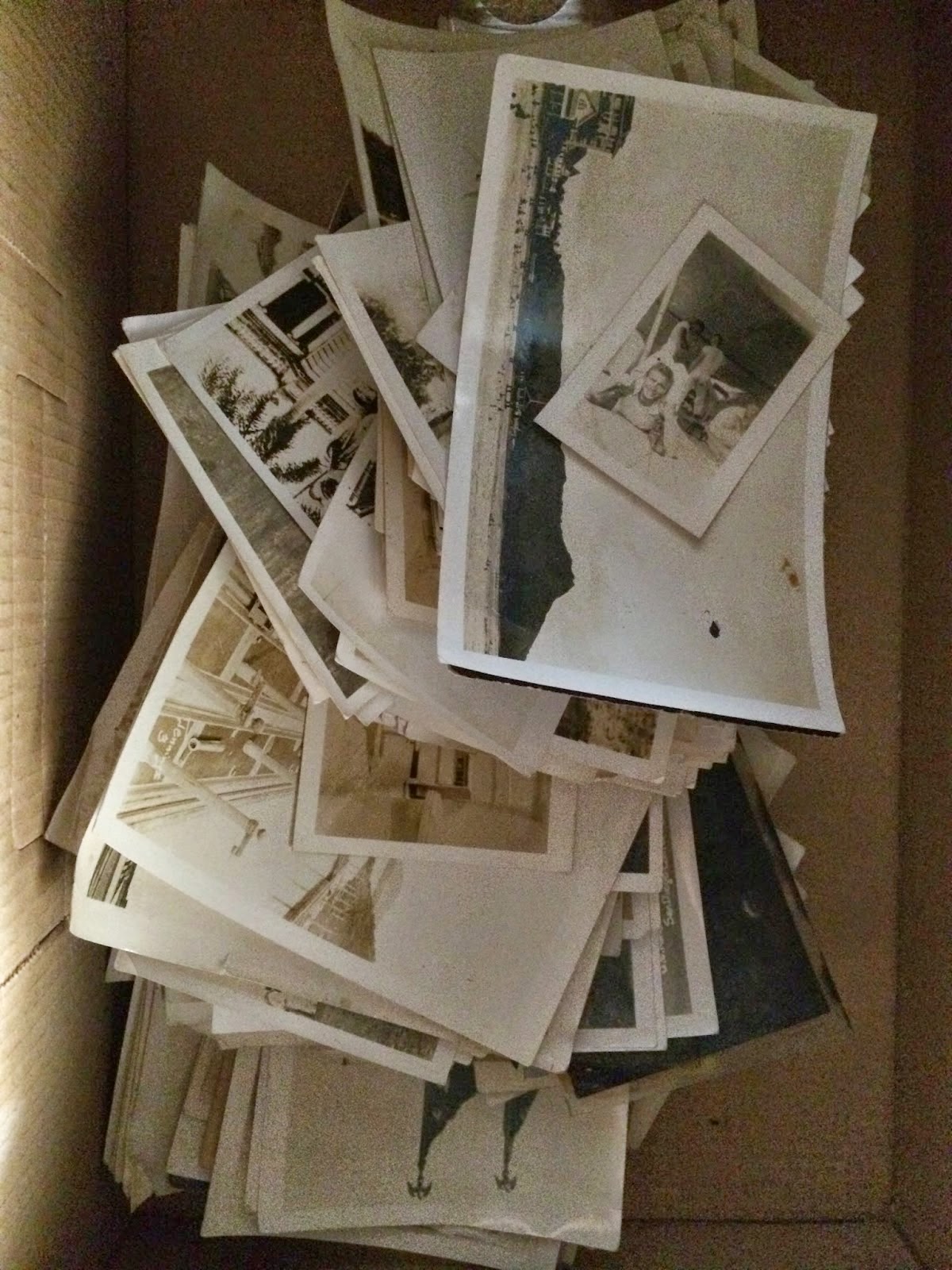 Then I got the idea that maybe I'd just put them all on their own little blog page, so if you want to see them go over to Shoe Box of Sailors. I'll be adding more as I work on them. I'm amazed at how well some of them come out after playing around with them. From super light pictures to actually being able to see what they are and the detail.

I had to go pick up Melissa at 9:30 and when I got back we were going to go down to the bar for a birthday drink. Scott was OUT in the recliner when I got back and I went back and forth on waking him up but decided I'd just let him sleep and went back to playing with the pictures. We can always go out some other night!

Not too long before I went to bed I caught the cat playing with something out of the corner of my eye. I went in to investigate and he had a headless mouse! Ewwww but at least they are finally catching a dang mouse in the house! I had thought we had got rid of them but apparently not lol.
Pin It
Posted by Julie H at 9:37 AM

I need to scan some old pictures, too. I love the old black and white photos. =)

Happy Belated Birthday Julie!!
(Sorry haven't been online)
Looks like you had a great day!

Ya to having a lovely Birthday, I would have let Stew keep sleeping too.
Ewww to mice. Headless, even more EEEwwwww!