I’ve actually been back to working part time all week (getting off at 2:30) and ahhh it’s so nice! Wednesday I got home and then went out for my run, which turned out to be more of a run, walk, run, walk repeat 50 times to get 3 miles done. They can’t all be good runs I guess!


Anyhow, I had put a roast in the crock pot so dinner was done and my run was done. A few times I’ve toyed with the idea of riding my bike down to meet Scott at the club entrance. He’s been riding his bike to work more often than not lately. So today I actually had time and did it.


While I was sitting down there waiting for him I watched the sun set. 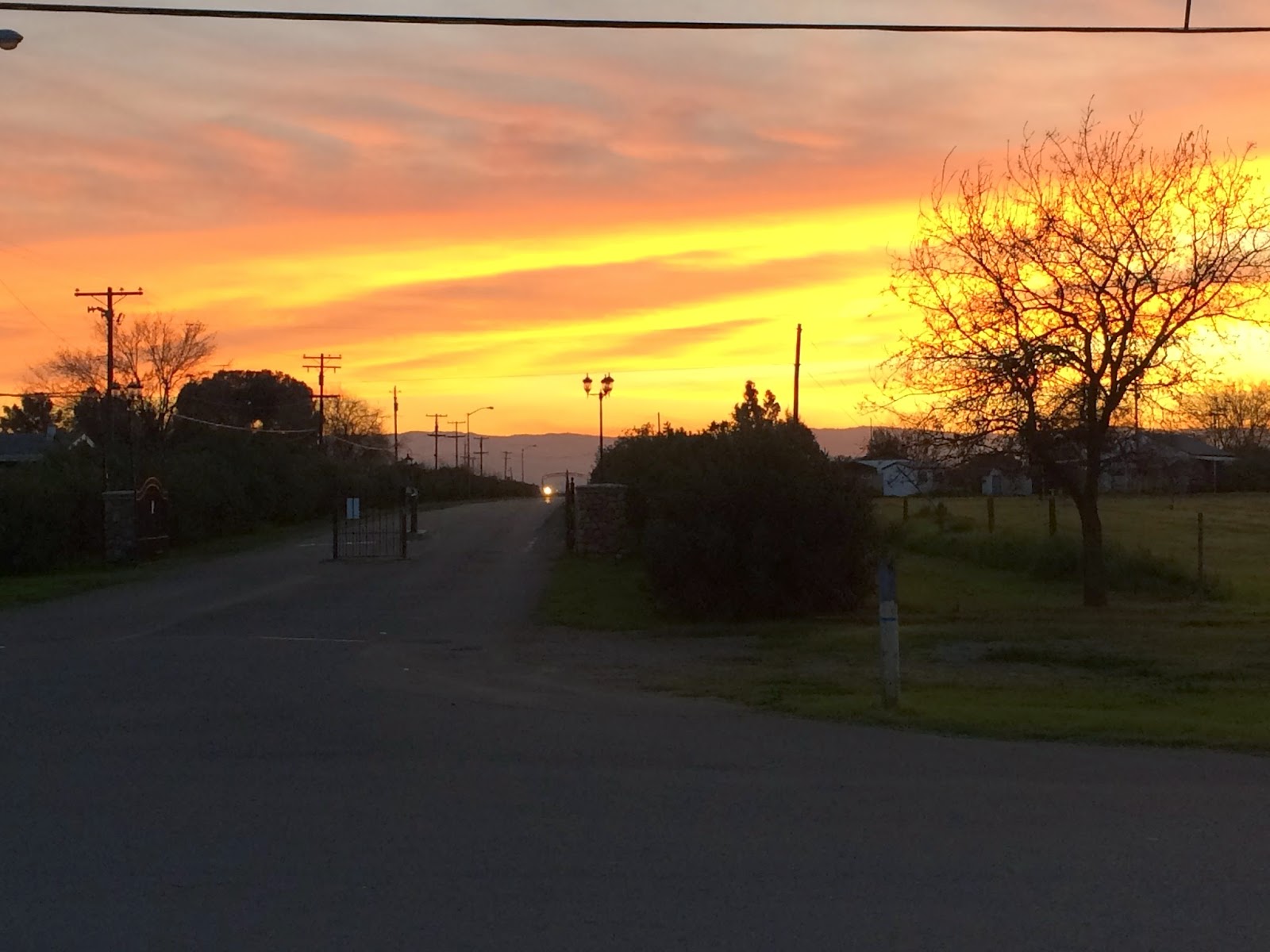 And then I noticed that the office was open and remembered that he had a package in there that I needed to pick up. The box was a bit too big to fit in the basket in the cruiser bike I rode down there so I just kind of balanced it on top while I sat there.


Eventually I saw him riding in. He’s got his bike lit up like a Christmas tree so I saw him right away. He rides in and stops and is like “hey I know you”.


I was like “oh, just thought I’d ride down here to meet you”.


Then he sees the box and gets excited that his new bike shoes are here. He’s like “oh I’ll carry that”. So he takes the box and we start off towards home. Well kind of.


He takes off riding and I’m trailing behind him.  He finally slows down when we’re almost home and talks to me a little bit, but by this time I’m like WTF did I waste my time riding down her to meet him for if he was just going to ride off in front of me.


Yeah, that’s how romance works at our house.
Pin It
Posted by Julie H at 6:00 AM

Awwww, I think he just wanted to get home fast to try on his new shoes!
Next time tell him you wanna ride WITH HIM, not way behind him. *smiles*