Good morning happy no plans Sunday! Well other than cleaning up the toys all over the living room and then being a bum. That's my plans for the day. I'm so tired from being so busy lately.
Friday night my friend Cassi finally got back here so we went to the bar and hung out and played darts. She has been down south taking care of her granddaughter for months.  Saturday morning I was awake nice and early and then my mom and her whole crew showed up to put up this covering she bought to put her tiny trailer under. It took them almost all day. Scott, my brothers, my dad and my cousin Al. 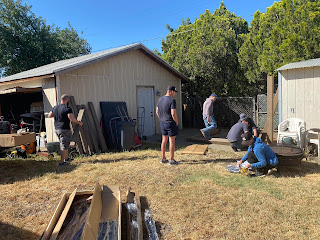 My mom doesn't do anything a little bit haha 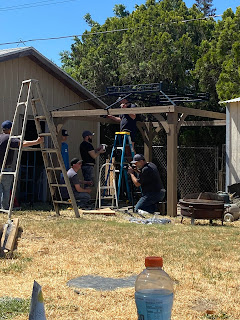 My niece Adrian and Little Joe came too. Little Joe went from hardly talking to non stop talking. OMG I was so tired by the time he left lol. I didn't really expect to be babysitting him all day but that is kind of what happened. He would be like Aunt Julie Aunt Julie Aunt Julie. He couldn't just play without input from who ever was with him. Little kids are fun haha. Around 2 or so I went and got Daniels so maybe they could play a little bit. 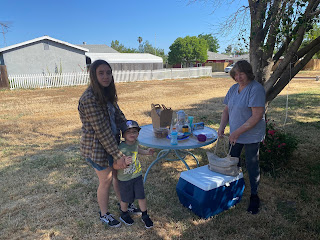 Once they finally got it all done we sat out front and hung out. I managed to get sunburnt but being in the shade and inside most of the day. WTH. 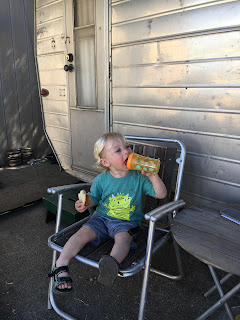 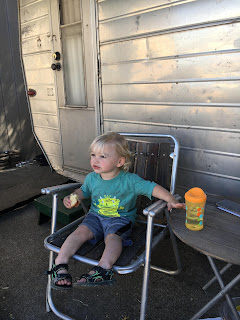 The view from my bedroom window lol. Yes the backyard looks like crap and the grass is all dead. I need to work on that. Mom had a sleep over in her little trailer last night. It's like her little playhouse lol. Whatever makes her happy. We weren't using the porch for anything other than storing crap so it's fine. 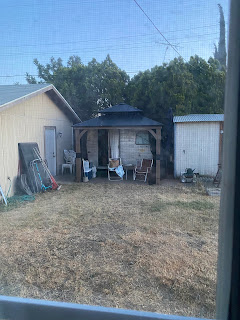 Daniel fed Woody some dry cereal while he ate some too. So funny. 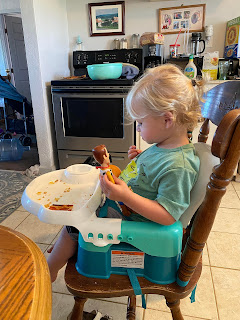 He played for a long time. I looked over and he was sitting in the toy basket. He sat in there for probably 10 minutes. Eventually he went home and I was just laying around. Cassi messaged and asked if I wanted to go play darts again so we did that. 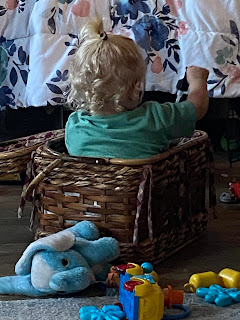 They had had a spaghetti dinner so they had pretty flowers on the tables. 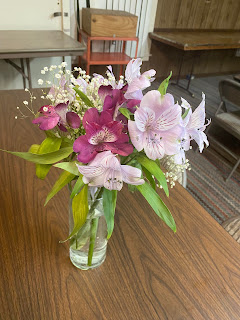