Anyone else get a little excited today that the kids went back to school? I like when they get to sleep in but it sure is nice to have a route.

Not going to like it was nice to see this this morning! 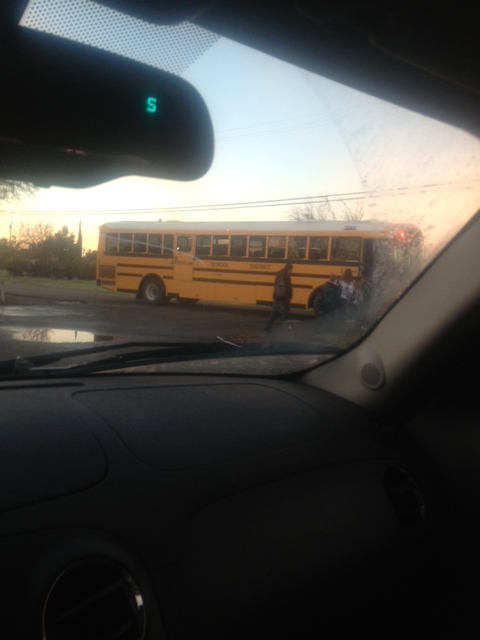 I'm still taking pictures of myself every morning to send to the hubby. I get a kick out of his responses. Plus it keeps me from looking like a scrub. 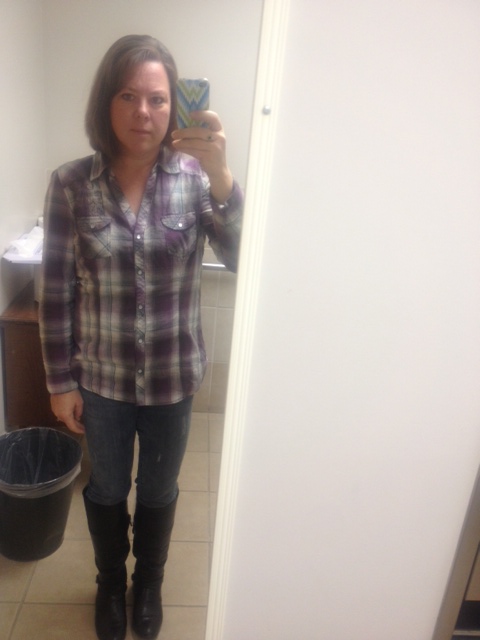 I've been back on the cottage cheese and apple for breakfast kick. Someone brought in this mixed up salt and pepper stuff and it is pretty good on it. I used to just put pepper on it (don't know why I started that) but one day we were out at work so I tried this other stuff. 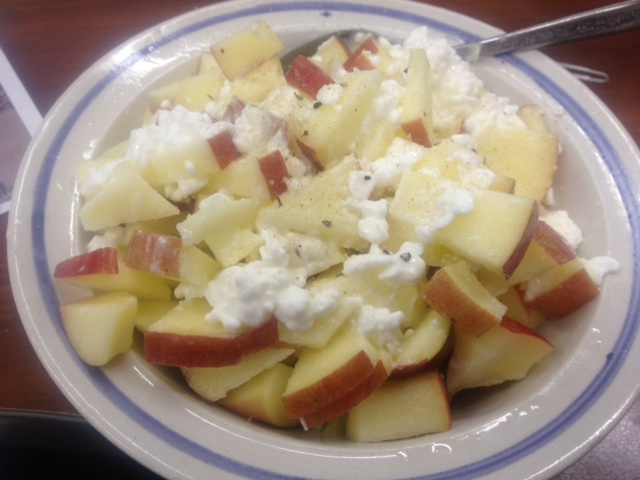 For lunch I had leftovers 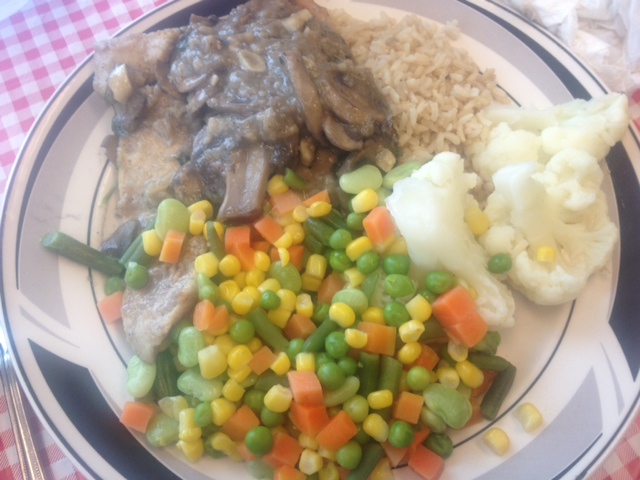 Amazing how many people have such strong feelings about mixed vegetables. These are the frozen ones. I make them all the time, I think they are good. I figured if the kids don't like them they can pick out the parts they do like.

In the break room someone brought in this giant bag of candy. If it didn't have Hershey's in it I wouldn't have even looked twice but it did and it tormented me for the rest of the day. I didn't give in though! 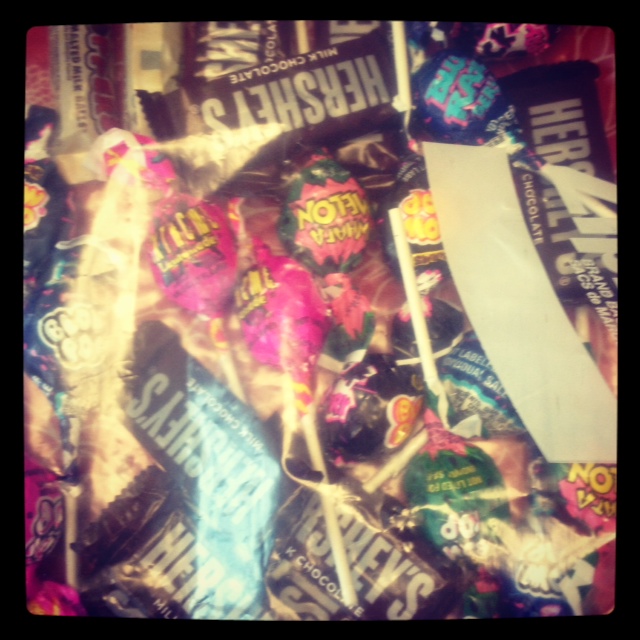 After I got home I ate a double serving of Cinnamon Life cereal. I was STARVING. Or so it felt like it anyways.

Then I went to the gym. I missed last Thursday with the trainer because I wasn't feeling well so today I am going three times. This is her last week at the gym and my last week with her being my trainer. Pretty sure I"m going to change gyms and go to the new one she is going to though.

We did something new for me today. We did intervals on the treadmill. I was kind of scared but they were actually fun! I started off walking for 5 minutes to warm up and then took my feet off the belt onto the sides while she cranked it up to 6. Then I ran on that (scary putting my feet down while it was moving the first time) for 30 seconds, took a 30 second break while she moved it up to 6.5 and repeat all the way up to 9. Holy crap 9 is fast! But it was only 30 seconds so totally do-able. Then we took a small break and she put some Bio-Freeze on my leg where I told her it was bothering me. I will be going to buy some of that next time I'm in town actually online because it's pretty cheap on Amazon! After that we did the intervals going from 9 back down to 6 and I did 2 minutes on 6 which seemed super slow after a 9.

We did some ab work after that.

I came home and realized that I was not going to be able to make the dinner I had planned because of my mess up with the chicken broth the other day. So I threw together some mini meatloaves in the muffin tin with some of the super lean turkey, an egg, and about 1/2 a cup of oatmeal. I scooped a bit of tomato sauce in the middles and sprinkled some salt and pepper over the top. Works for me. Cooked them for about 1/2 an hour on 350. 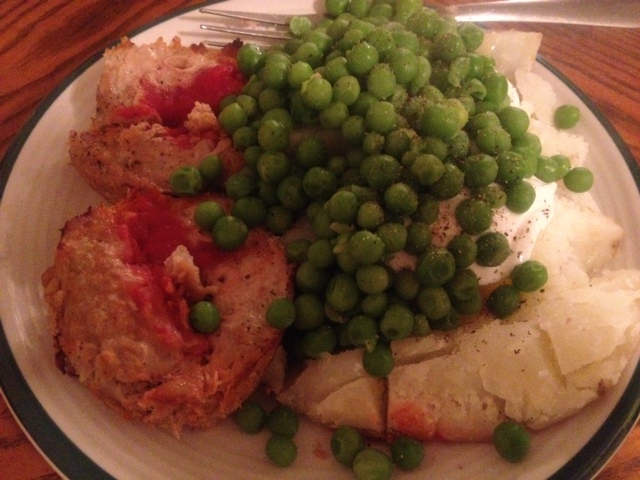 After dinner I went out with Scott while he did his couch to 5k. Somehow he messed up and did one day farther so we did week 2 day 1, and then a little bit more running because we still had a bit to go before we were home. That was some more good interval running for me because he's so tall and has such long legs. I'm like 3 strides to his one. Probably a bit comical to watch. 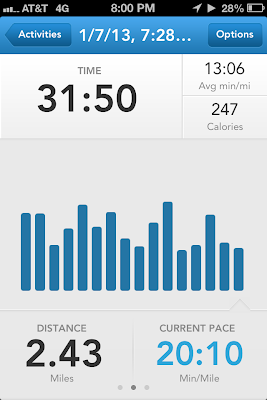 I rolled around on my foam roller a bit when I got home. My leg did tighten up a bit and I wore different running shoes (the ones I usually wear to the gym). It feels pretty good now though so who knows.

Back to the gym again tomorrow. I think she said we'd do circuit training. Bleh. I'd much rather lift weights.

I love diced (small) onions and green pepper in my cottage cheese with S&P and mostly P. I love the crunch with the cot. cheese. Yummo.

I hear ya on the candy bad. THat other crud..no thank you. Chocolate...OH watch out! I LOVE when the kids go back to school..until day of. Then I realize the 6 am chaos starts, the trying to get Gerret out of bed, and the rest of us to work/school on time. You just can't win!