I feel like all I did today was eat!

Scott made us breakfast 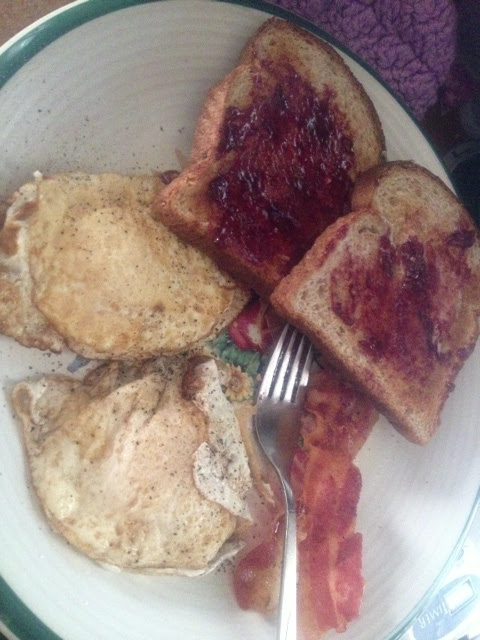 But then I did go for a run/walk. My leg was feeling pretty good until around the two mile mark and then I felt it start to tighten up. I stopped and stretched a couple times and that would help for a bit and then it would hurt again. How am I supposed to keep running more if it hurts? So frustrating. 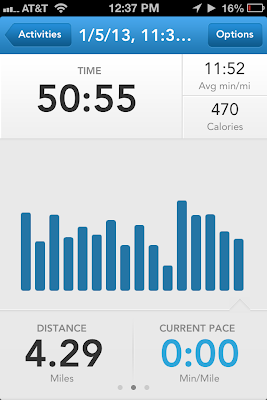 When I got home I did more stretches and then busted out my 50 leg lunges that I never got done yesterday and my 100 jumping jacks for today.

Then we went to go grocery shopping for Scott's mom. Check out his mom's grocery list. How in the world does she know what aisle all the items are on? She's in her early 80's. I can barely remember what I came to the store for most of the time. She had most of them right too. 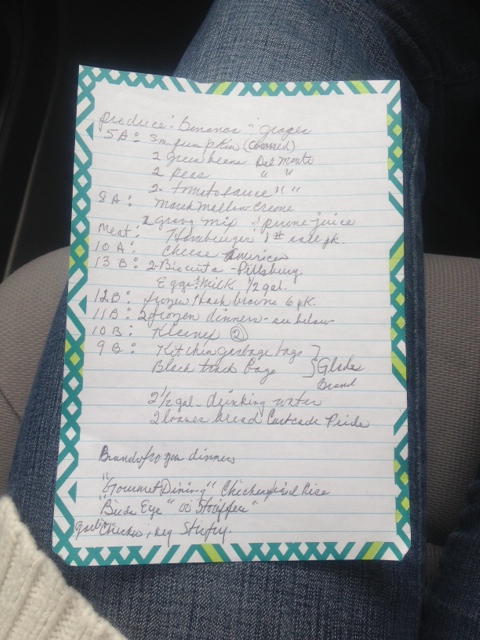 Before we got her food we stopped for lunch at our favorite Mexican place for lunch. Funny how all that running makes me STARVING. Kind of a double sided sword. 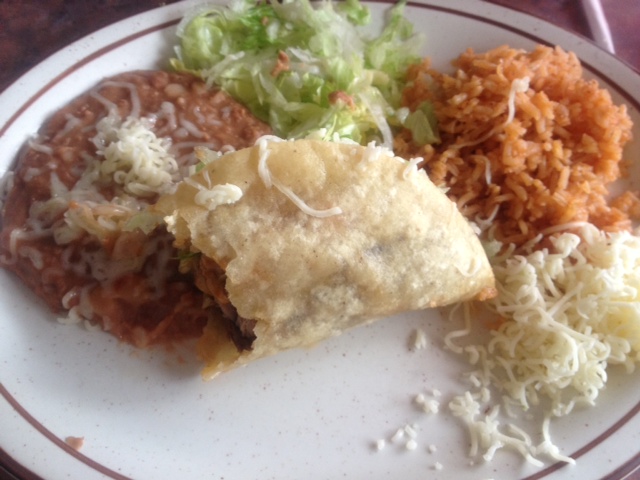 We did also go into the local bicycle shop to see what they had there. Talk about a joke! We got in and the guy says "Can I help you with anything" and I said "well I'm looking to get a road bike, and I was wondering if you had any good deals on anything".

The guy just basically stands there and doesn't say anything. We walk around the one aisle of bikes and then towards the door and say "well thanks!"

It's no wonder no one talks about "our" bike shop in town. I don't know what they do to stay in business. Must just be repairing bikes and that's it. Just about all they had to sell was kid's bikes.

For dinner I made us the Skinnytaste Chicken and Mushrooms in Garlic Wine Sauce. I messed it up again. Sheesh I'm such a dork. I measure out the chicken broth, because I don't need the whole can, and then proceed to dump what's left in the can in the pan. DOH! I poured some of the liquid out but then I ended up throwing a bit of flour in it to thicken it up a bit. Still turned out good just not quite like it was meant to be. I ended up with a bit of a mushroom gravy.
Not a great picture sorry! 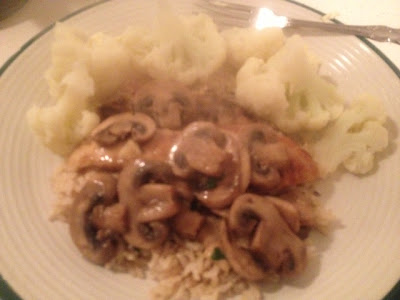 After dinner I laid down on the couch to watch tv and then woke up every half an hour to check the time. Melissa was at a party down the street. Good thing I woke up on the right half an hour!  Maybe tomorrow I'll actually put away the Christmas stuff. And some laundry.

Confession: I cannot do jumping jacks. I just totally pee my pants. It's very frustrating. :)