I had the most fantastic little girl's getaway with my friends!

Sunday morning we left on an adventure! 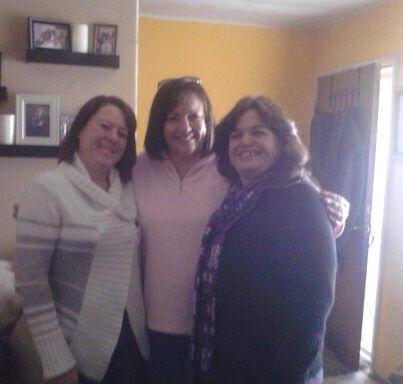 Well first we had to take a slight detour. You see, I just got my contacts last week (I quit wearing them awhile back when I was having trouble with my eyes) and while I was putting them in right before my trip I lost one. I had put them in and then I was walking around and my eyes would just not focus. Eventually I realized I was missing the right eye. SUCKS!

My glasses are soo close to breaking and the lenses are all messed up so I really didn't want to wear them. So when my friend picked me up I begged for us to take a quick side trip to pick me up a new one. I couldn't just go anywhere and buy them since I don't have my prescription yet so I went to where I got them from (Lenscrafters). I asked if I could just get a right eye contact since I was going out of town and they told me NO!

I was like WHA? She said they didn't have anymore of them? I was like man that sucks big hairy donkey balls, are you sure?? Then she said maybe I could get one in a different brand. UH DUH!?! BUT she would have to check with the doctor first and he was with a patient.

So we stood around for like EVER and finally told them we were going to go to lunch and we'd come back in a bit. (You'd think they could just pop in and ask him real quick?) I felt so bad my friends were waiting and I was messing up our trip! But we walked over to BJ's and had lunch.

Side note here, this was probably the healthiest thing I ate the whole trip. At least I started out good! (stuffed mushrooms and chicken tortilla soup) 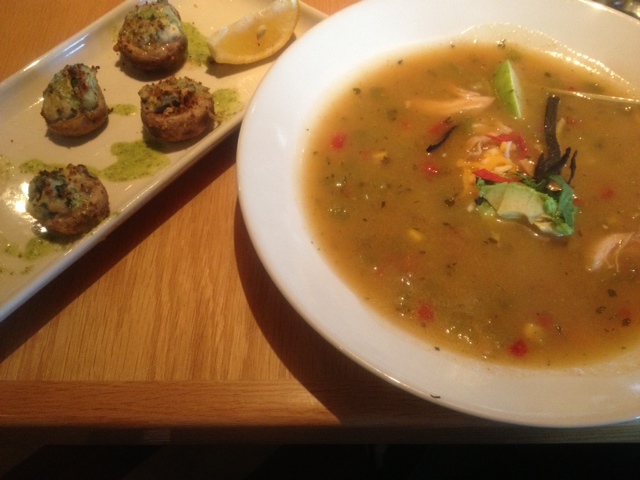 While we were there they called and said that it was ok for me to have the other contacts but he'd have to check my eyes after I tried them on.

We finished our lunch and went back up there, I put them in and then, you guessed it, he was with a patient. After about 15 or more minutes I told my friends that if he didn't show in about 5 minutes we'd just bail (I already had the contacts in my eyes). After just a minute or two one of the girls that worked there came over and said since I said they were fine she'd just tell the doctor for me.

That would have been nice HOURS (seriously like 2 hours) ago. But I did get my contacts for the weekend at least. I just felt like a heal for making my friends wait around with me.Pin It
Posted by Julie H at 10:52 PM