Lately I've been kind of in a little bit of funk. I feel like I've about topped out at 6 1/2 miles of running. It's hard. REAL hard. I want to keep moving forward and adding more mileage but in a way I feel like I should be able to do a distance easily before I move on. What do you think? Maybe I just need to start fueling myself while I'm running so I don't run out of steam. I think I'm going to make it a goal to run 7 this Saturday.  I bought some different kinds of fuel to try out. Probably all disgusting but we'll see how they work.

I'm signed up for another 10k the next weekend (March 16th) in Del Valle. It probably going to be a bit hilly  but at least it won't be a boring run!

Now that I have my new bike I'm super excited to go out and ride. It only takes me 1/2 an hour to ride 7ish miles around the club. I have a little route that I do, out and back. It's a bit painful on a road bike though. There isn't that much to absorb the crappy roads. I really need to go get myself some padded shorts and some gloves.

I'm looking forward to Scott getting his road bike so that we can go for rides together. I'm a little bit scared to go by myself out on the main roads. I'm sure that will subside after I get used to riding on the bigger roads but I think I'll wait for him before I go on any rides out in the big bad world.

I think we are working on a little routine together. I usually like to run Monday, Wednesday and Saturday. I'd like to be hitting the gym Tuesday and Thursday. I made it only once again last week. I need to try and get in there! Don't want to lose my guns :wink: 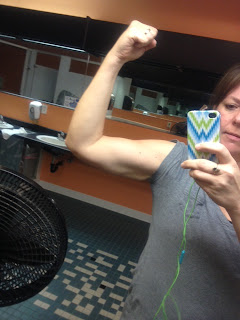 I'm thinking if I can fit in a bike ride before Scott gets home I can do that and then we can do the other things together. We'll see how well it works! It's hard to coordinate my own stuff sometimes let alone everyone else's. 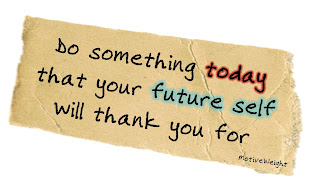