A little bit of random in pictures today. I was up early this morning and actually got to work early. Amazing! I have no idea who that early person was.

My roses are all blooming. This rose bush was one of those 3" miniature roses that people give you as a gift. I can't believe how big it is.  I usually kill those things off in a week. I've had this one for a few years now. 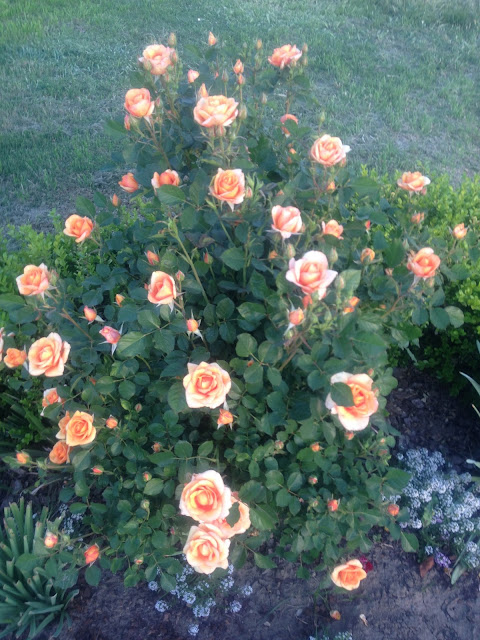 Right now they all look orange but sometimes they will be pink. Weird! 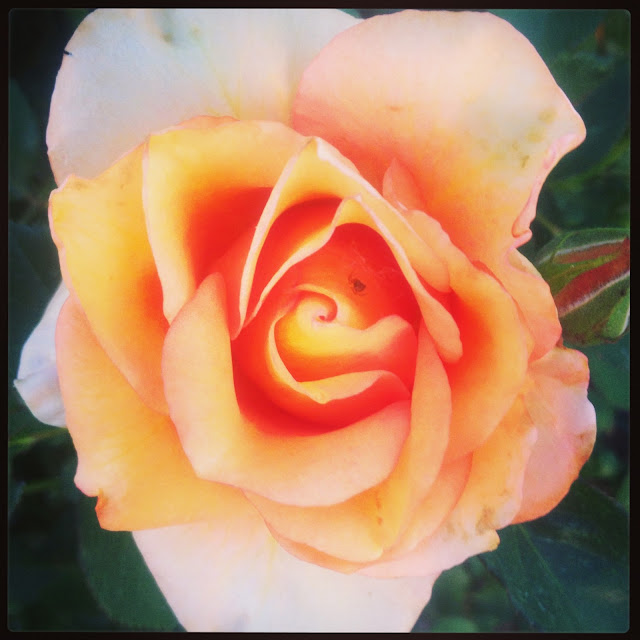 I was sooo tired after work (and starving)! I had stopped to get gas and ran in and got a clif bar and a banana for the ride home. I was about half way down the block when I realized I never put my gas cap on. I felt pretty stupid haha. Good thing it's on a tether and didn't fall off.

When I got home I laid on the couch and read aka took a nap. I'm trying to read this book for book club. It's interesting but it's taking me forever to read it. Mostly because I keep falling asleep or getting distracted.

I can't believe how big Trevor is getting. I was laying on the couch looking at him and he's such a big boy now. 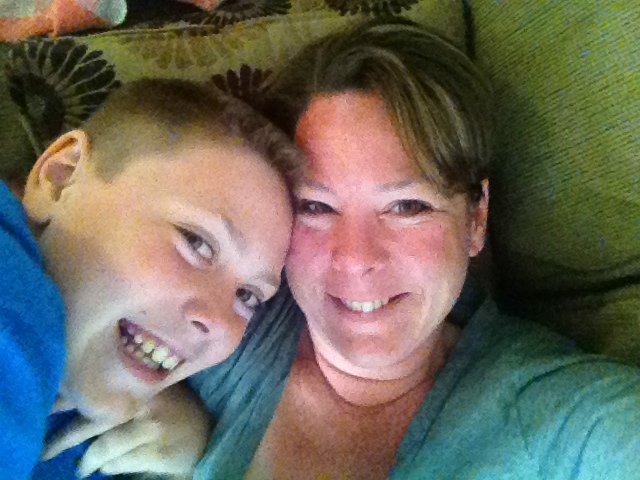 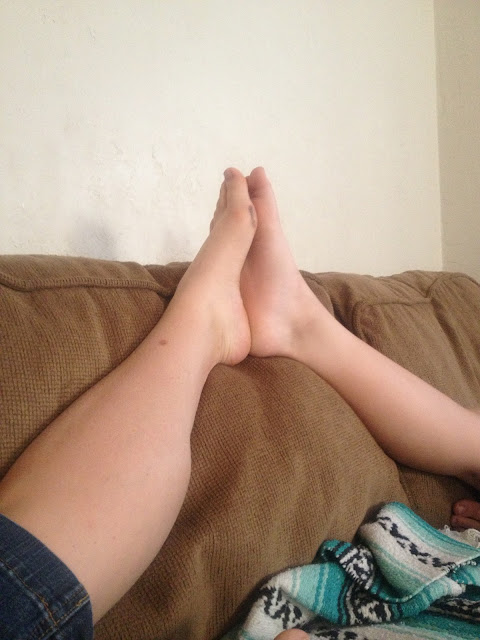 Rusty brought me his toy while I was playing with Trevor. Jealous dog. Look at me!! Look at me!! 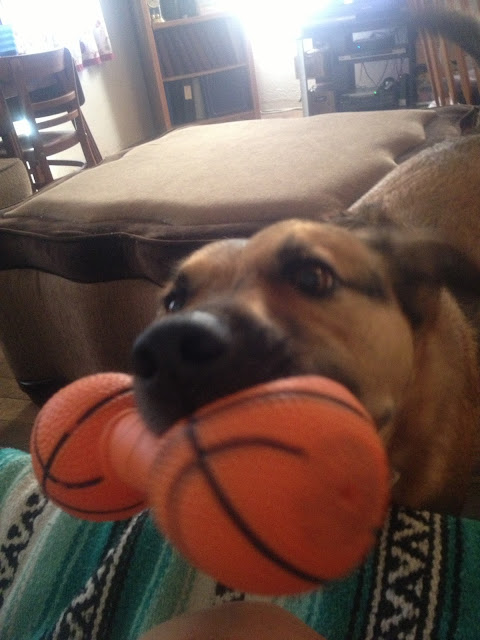 Scott took the week off so I have a house wife for the week. He went to the store and made dinner tonight. BBQ umm so good.  I probably shouldn't have ate so much though since I had to get a run in. I was waiting until it was almost dark to go because it was 84 today. I like to go by that standard of dressing like it's 10 degrees warmer which to me 94 is way too hot to run in.  As soon as the sun starts to go down it cools off still though (for now).

I was almost done with my run when I got a nice side cramp. I only stopped for a sec than finished off the run and then it was almost gone. Those things hurt!!

Pretty slow average but I wasn't trying to be fast just consistent. 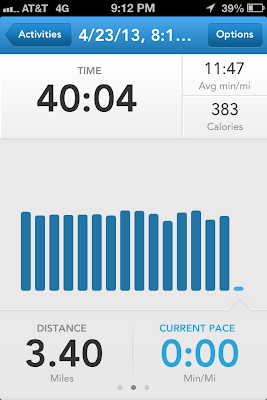 Plus it took my knees awhile to warm up. When I got home I put my exercise into Lose It and I was awarded with this badge. 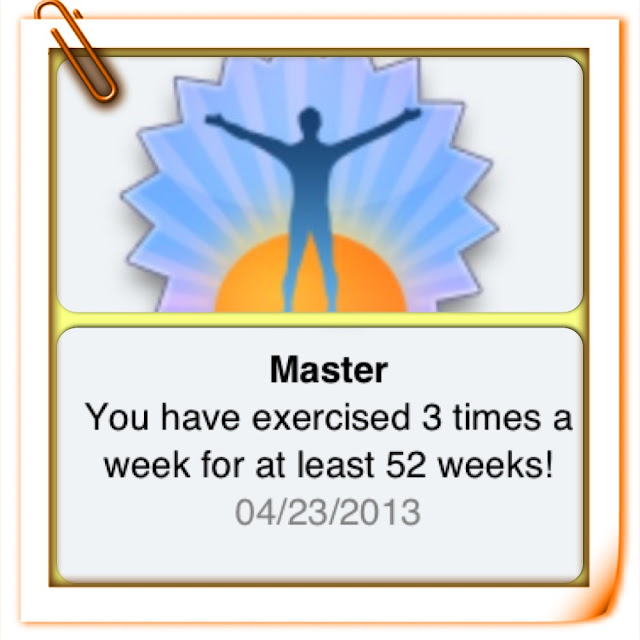 Which kind of blows my mind! 3 times a week for a whole year I've exercised. That is a long time! I was trying to remember what kind of exercise I was doing a year ago. I think mostly walking and maybe riding my bike a bit. I remember when I first started riding my bike I'd have to stop and take a drink of water before I got around one lake. Like maybe 2 miles with several stops for water. Amazing how far I've come in a year! I would also walk during my lunch at work a lot, mostly to get away from all the food in the break room and to keep my focus. 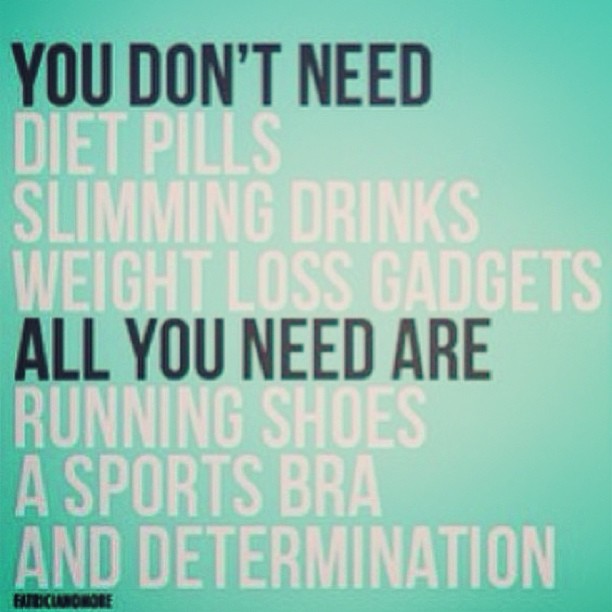 (and none of those have to be fancy)

When I first started wanting to do a half marathon I really thought it was going to be too hard. 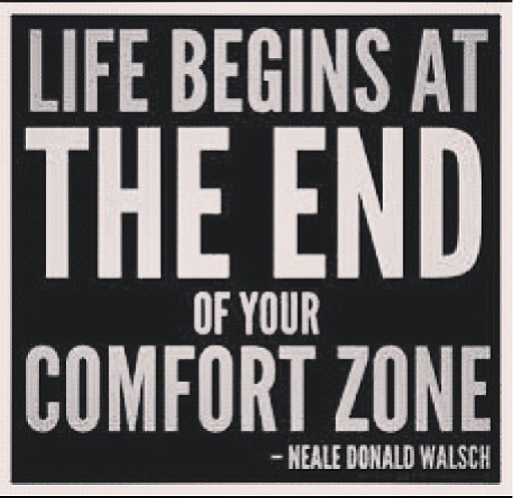 I feel like if I keep pushing myself I will keep myself motivated to keep trying harder.

I've had a lot of people tell me that I inspire them. It feels kind of weird when people tell me that. I get inspiration from so many people. I love all of my support system. From a few friends, to my fit camp, to people on instagram and Facebook to all the great blogs out there. 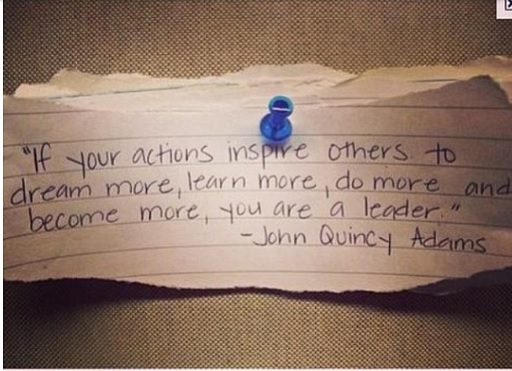 They all keep me motivated!

Julie you are superwoman in my eyes!! I know where you came from and the work you have put in to get there!! You amaze me and motivate all I do!!

Love reading your blog! I am one of those people you have inspired :) Those roses are beautiful!