On our fourth day we got up and went and had some free breakfast down in the hotel lobby. Yeah for waffles! That diet seemed to have disappeared somewhere along the California highway...


After breakfast and a shower we were back on the road again. If everything went to plan we would be in North Carolina when we were done for the day!


We got on the freeway, crossed over into Tennessee, and not long after I knew I had made a mistake since I didn't appear to be on I-40E anymore. Thank God for GPS on my phone lol. I just had to drive straight on the road I was on and it connected back up. 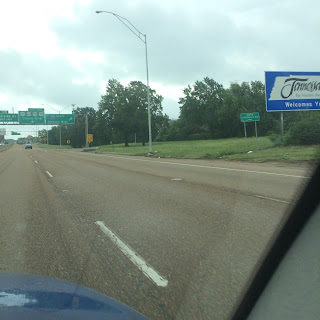 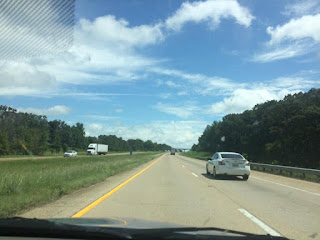 We drove until we got hungry and we saw a sign for the "Whistle Stop Café". Being the huge Fried Green Tomatoes fans we are we went to check it out. We were a bit disappointed when we found it though since it was a pizza place and neither one of us wanted to eat pizza. So we drove back towards the freeway and stopped at the Huddle House which is like a diner.


Mom went directly to the bathroom when we went in and I was looking at the menu. One of the waitresses was clearing tables and says "I got four dollars, that's like half a pack of cigarettes!" The older waitress working there tells her she needs to learn to smoke cheaper cigarettes. I'm thinking or you know, like quit lol. Later this waitress went on a break and had a Coach purse (or a knock off I don't know) and I was thinking girl, you must have got some good tips for that! 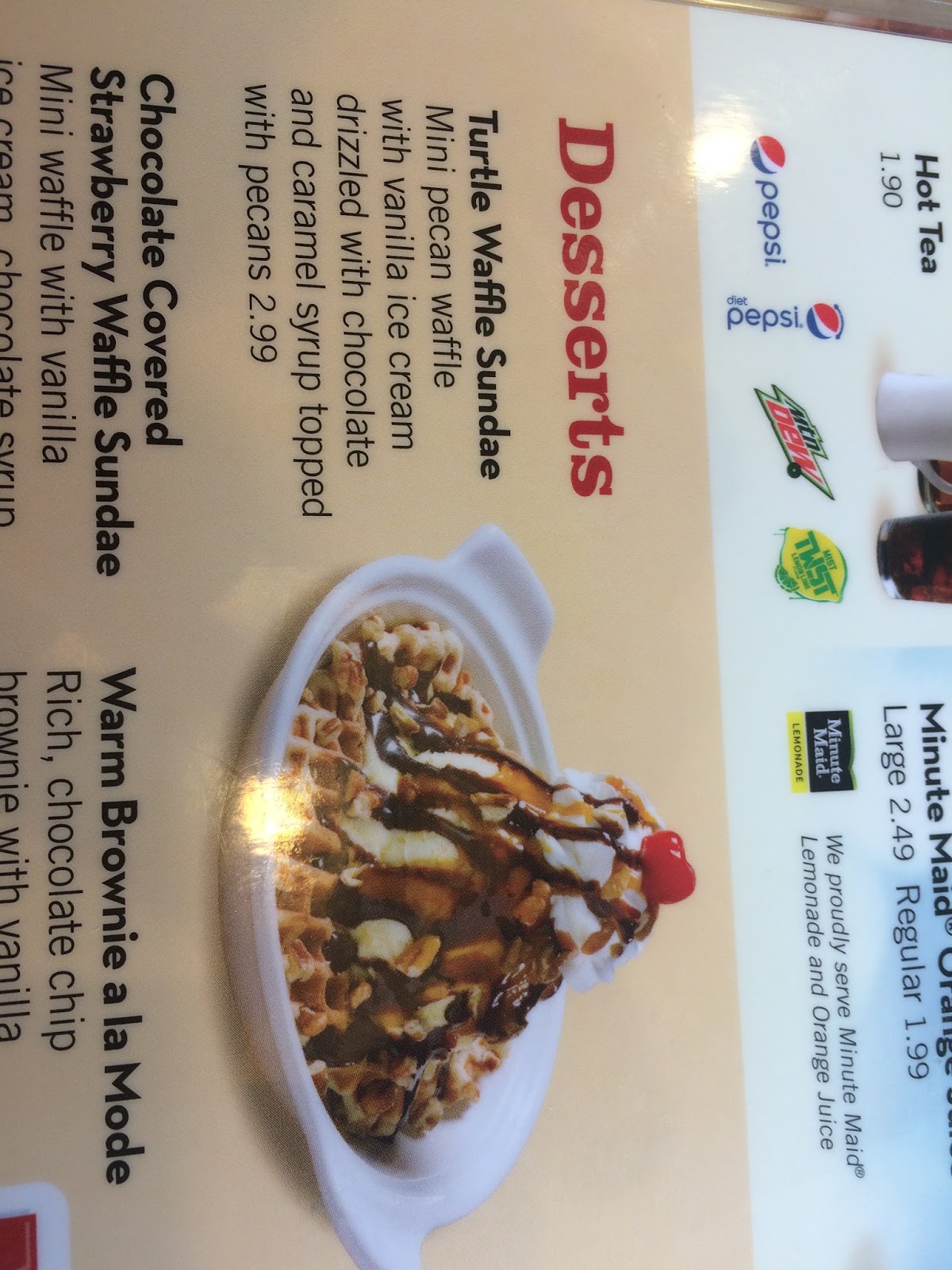 Everything now can also come with tater tots! This was actually really good, probably because they it was really bad for me. 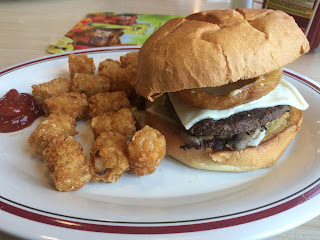 When we were driving in Tennessee it was raining a bit then it was raining A LOT. It got so bad that I actually turned off the freeway for a few minutes to "take a five". I did a little video but I think it had even lightened up a bit by then. I kept thinking it's a good thing we changed the windshield wipers before we left on this trip!

Here are some HUGE smoke stacks. Mom is driving so I'm googling to figure out what the heck these things are. Oh it's the Kingston Fossil Plant, home of a huge ash slurry spill/dumpage. Always nice to learn more US history. 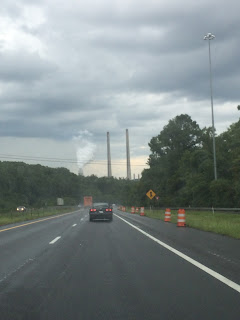 Mom had brought some reading material with her so I was checking it out when I notice that this is Cyndi Lauper on the cover of the AARP! What the what!! It was actually a good article but I was just blown away. It will be like Britney Spears being on the cover when Jessica is my age lol. 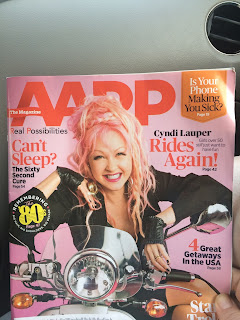 This was kind of weird looking. Then we realized it was more heavy rain when we got over there. 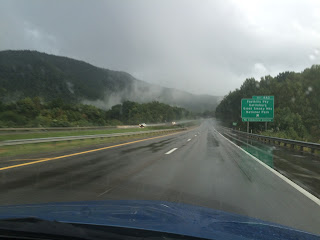 It's a miracle, we made it to North Carolina!! 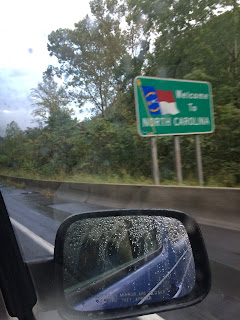 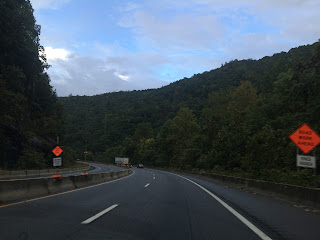 Jessica had told me about this cool tunnel 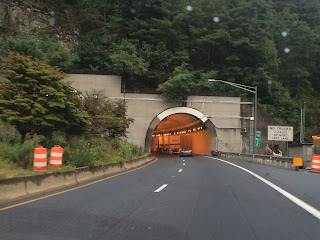 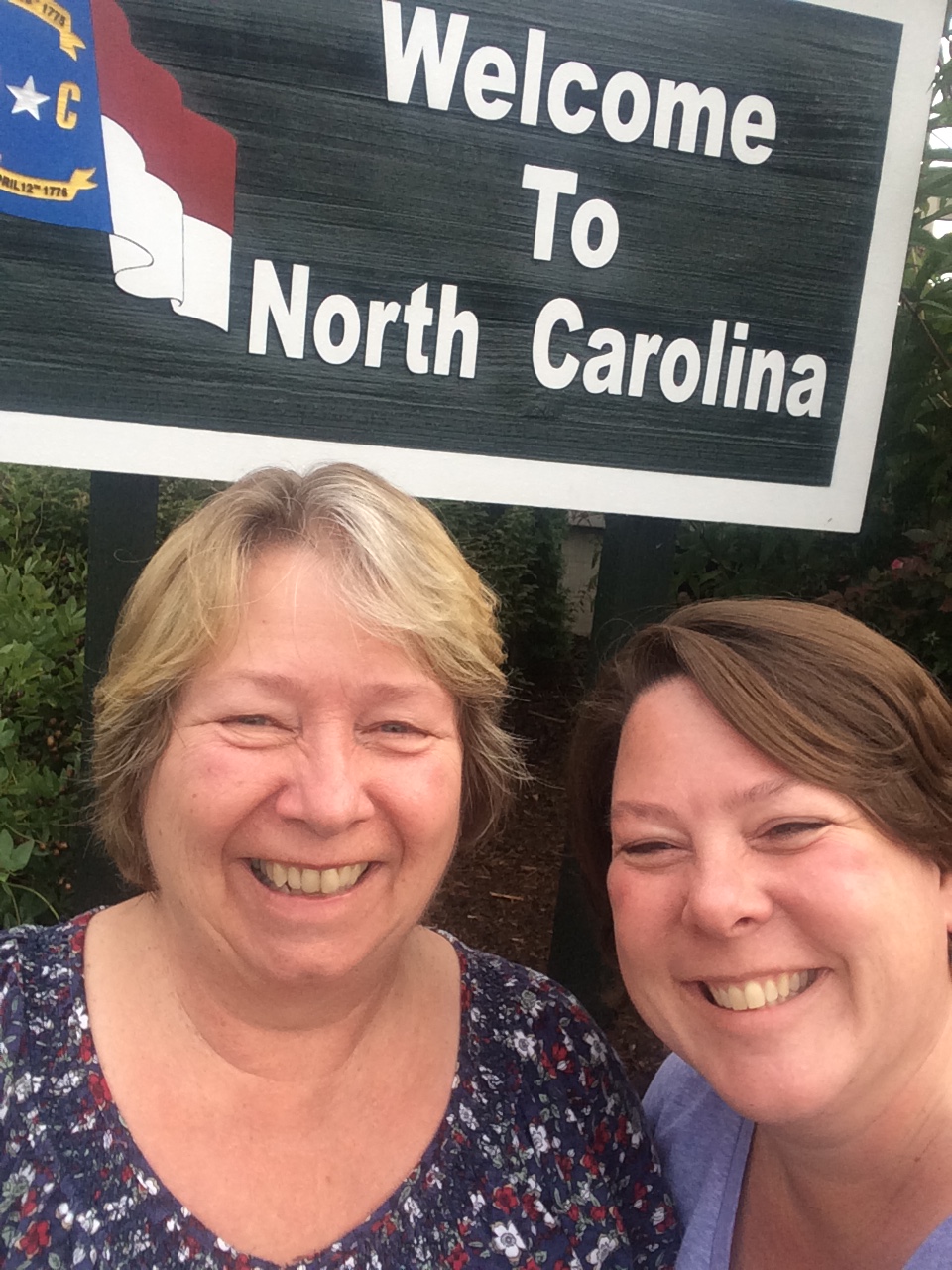 There was actually a bird on this bush, can you find it? 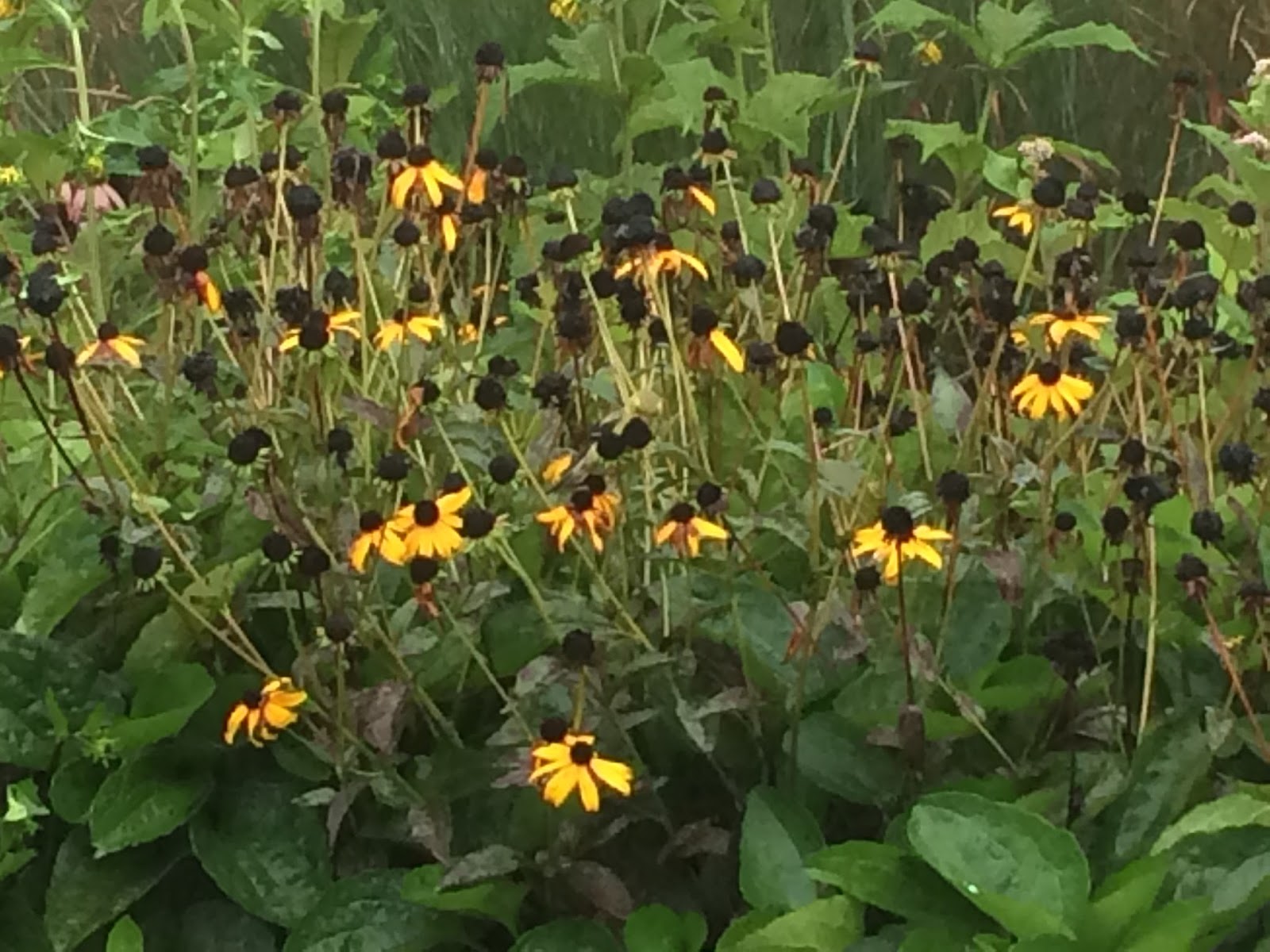 So most of the rest of the ride was dark. I had to go to the bathroom so pulled off and went to this gas station that didn't actually have any bathrooms. Mom was like well there's a Wal Mart. I was like ughh no not Mom and Wal Mart. But I really had to pee so we went in. Crap, mom wants a cart, we might be here awhile. My mom is such the shopper lol. 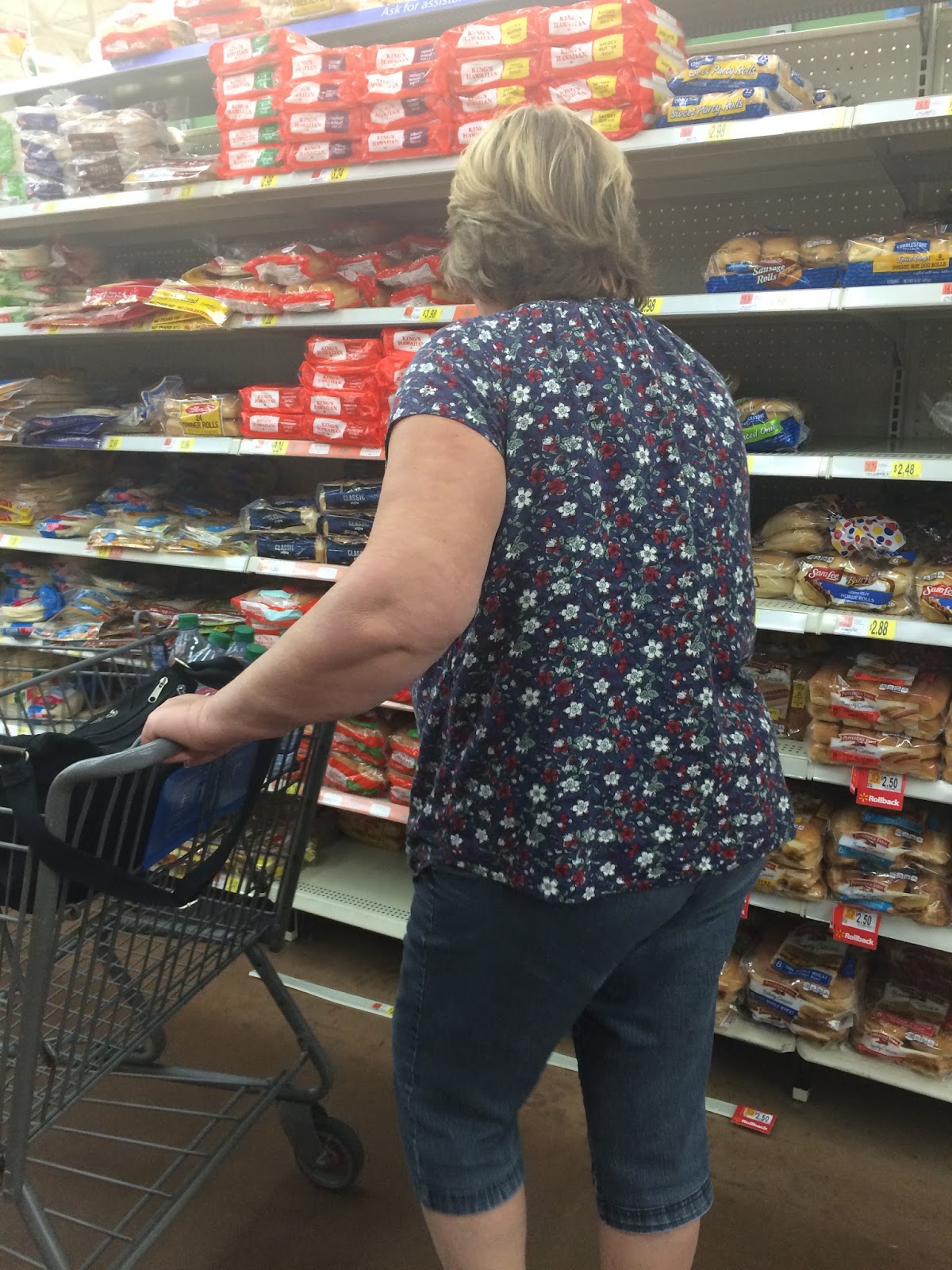 When we left Wal Mart I drove a bit and then I was feeling kind of sleepy so I pulled over and we switched. So mom got the super dark and tired stretch where we finally got off of I-40 and took another highway. Jess told us to take this one route that had a toll road since it was faster. So we took that road and when it was just about time to get off my mom scared the crap out of me. It looked like she was going to drive into the little sign between the highway and a turn off road. I yelped and she took the turn off, which was not the one we needed lol. She still says she wasn't going to run into anything but I wasn't so sure lol. So we loop BACK on the toll road and I'm looking at my phone and we are not going the correct direction. So we have to go up a mile and then get off and get back on and then take the toll road for the 3rd time! I'm still waiting for the bill but so far nothing lol.

It's super late and we are trying to get to the hotel. None of these roads in North Carolina run like our roads. All our roads are straight and grid like. Here they are all swoopy. Eventually we find the hotel that Jess said we should stay at. They only have one bed, but who cares! Up on the SECOND floor of course, but again it's ok! Mom wants to lug up ALL the stuff and the ice chest. I'm like mom there is nothing in the ice chest that's going to spoil in ice cold water by tomorrow! But we end up fishing all the food out and taking it up in bags. At this point I notice that I forgot to put the plug back in when I drained it the last time and the entire back seat of the car is soaked. I had put a blanket on it so brought that up to try and dry out a bit. Thank God it was so hot to dry out the car.

I think we had got there at like 1:30 am, maybe 2! So we almost did it in 4 days :)  Jess had been trying to stay up so she could come down to the hotel to meet us but I had told her to just go to bed. I may have had a bit of a night cap after all that driving and excitement, a bit of "we made it"! 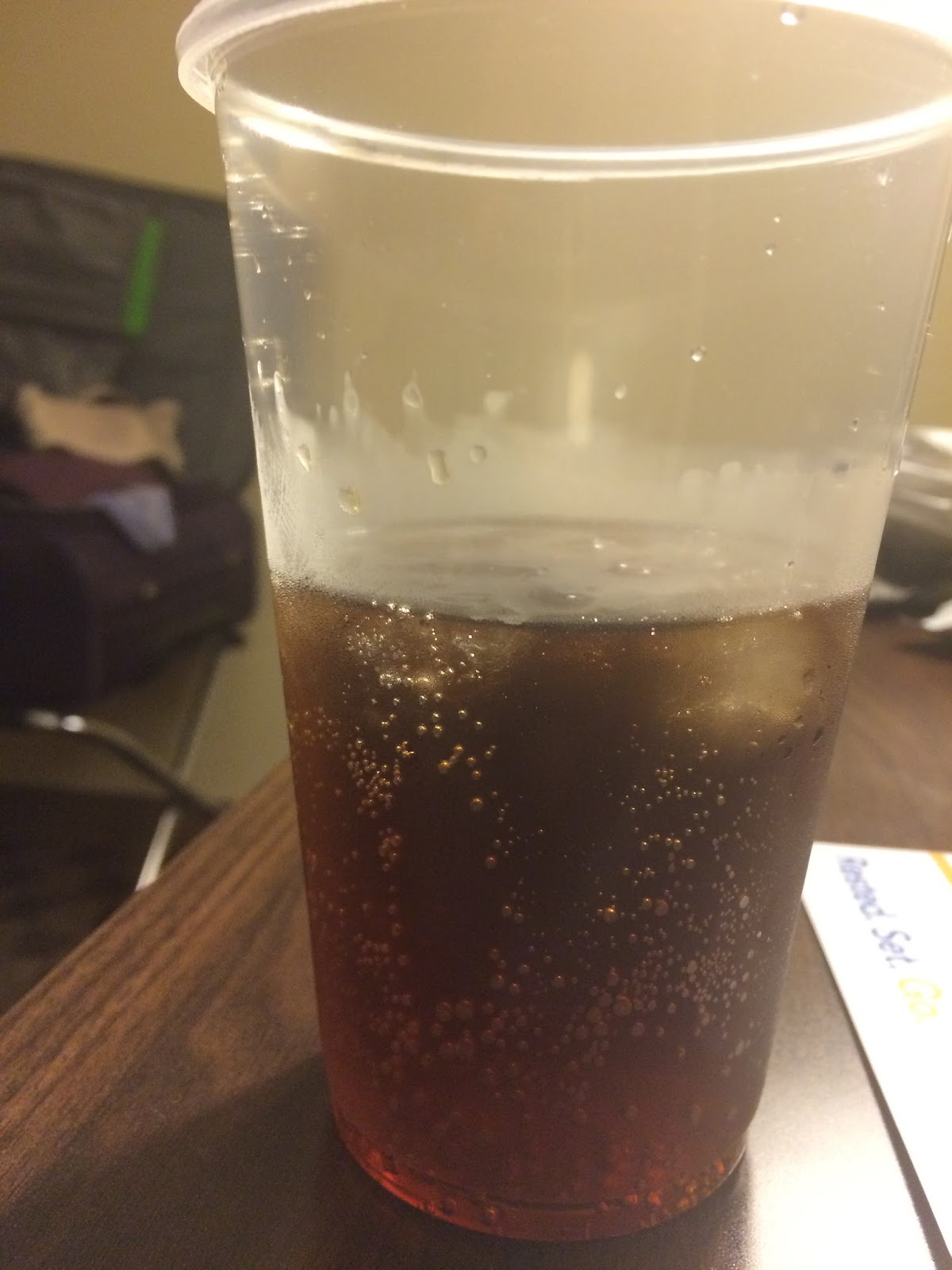 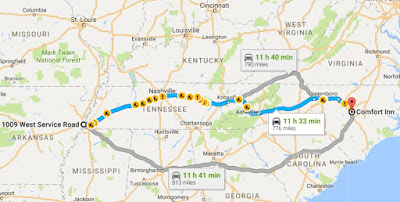