A couple weeks ago I was at my Entertainment Committee meeting (we usually meet once a week) and one of the gals that goes is also on the VFW Auxiliary. She was selling tickets for the dinner & show that they were having there. I didn't really want to go at first but then everyone else was going so I asked Scott if he wanted to go and he said ok. I left out the part about the show because I knew he wouldn't go if he knew what kind of show it was. 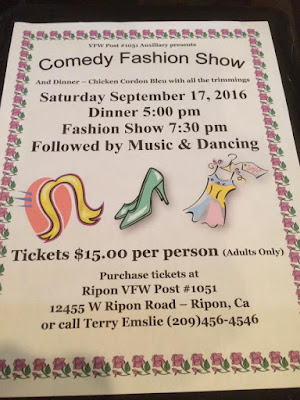 AND  I was right haha. The show was basically a silly drag show where the "gals" went around and collected dollars in their tops/dresses to raise money for the boxes that they send to the troops. Scott pretty much spent the entire time only looking at his phone because he was so uncomfortable. Sorry hunny, I won't do that to you again ;)


Here's a disgusting picture of myself. Note to self, stop eating and don't straighten your hair that way. Also sit up straight. 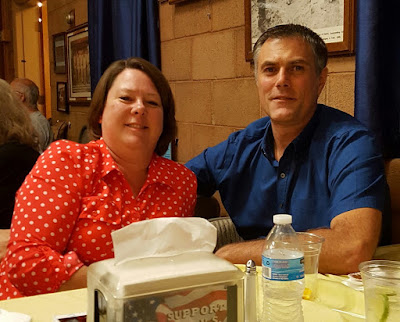 Dinner was being served with what looked like nacho cheese sauce on everything. I asked them not to put it on mine and then everyone at the table said they wished they had said that too. 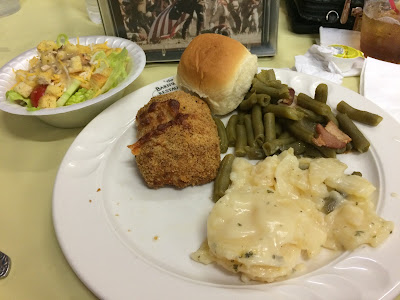 The show was funny but I just feel kind of awkward with the whole drag queen type thing. Like is this socially acceptable in this day and age? Maybe I'm a bit too worried about being PC but I know quite a few young adults who are transgender, bisexual, etc and I can't help to feel like a cross dressing show where everyone thinks it's hilarious is maybe not so PC. But then we WERE at the VW hall and most of them could care less about being PC right? Funny how that works.


Anyhow, we left right after the fashion show. If Scott wasn't with me I probably would have stayed around and danced with my friends a bit but we were both pretty ready to go. (you know that feeling when you know your spouse doesn't want to be there, right?) We went home for a minute and then went and hung out at our own little bar for a night cap :)Pin It
Posted by Julie H at 5:00 PM