Good morning! We woke up STRESSED today. Hoping things start being better soon.
Along with other things one of the pairs of pants I bought Scott still has the security tag thing on it. Sigh. Guess I'll have to take those in to get that off. Wondering if I can just whack it with a hammer lol.
Weekend recap filled with sewing!
I got tired of making masks so assembly lined ALL the ones I had cut out and finished them off Friday. Won't be making those for a bit unless I make them as I go with the fabrics I'm working on. 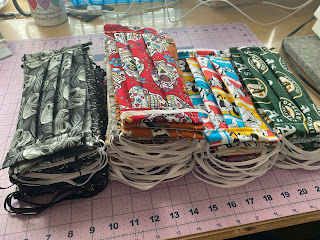 After I finished those I had to do a time out to clean. I could barely walk in here but now it is cleaned up a bit. 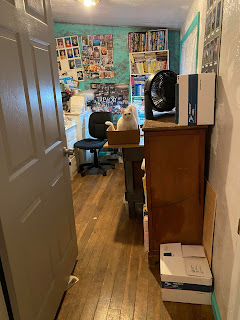 Some day I'll be totes free haha. 3 of these are paper things that are a mix of stuff to scrapbook and stuff to maybe craft with or sell. I was thinking I could start off by sorting one box at a time separating the memory stuff from the non memory stuff. Later though haha. 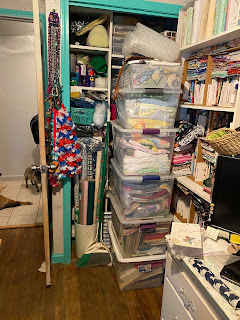 After that it was on to keychains. My friend wanted a Care Bear keychain to go along with the other Care Bear items she ordered. I ended up going through all my pink strips I had made up and made fronts/backs. I ran out of interfacing so didn't make them ALL up but here is what I finished. Probably enough pink anyways haha. I need to get some more interfacing so I can work on some more baseball/football teams since those sell well at the craft shows. 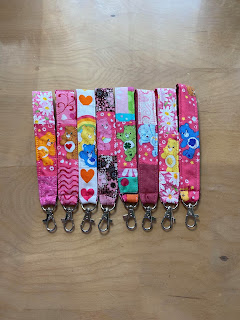 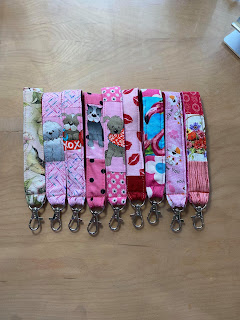 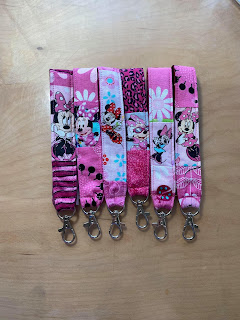 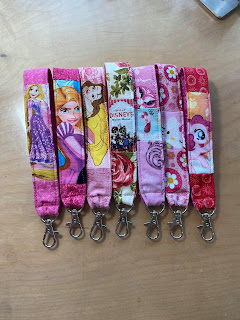 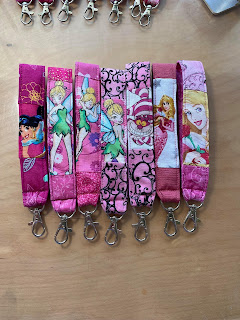 Saturday night I made this Mini Turkey Meatball Vegetable Soup. I messed up and bought frozen spinach instead of fresh but it was still good. 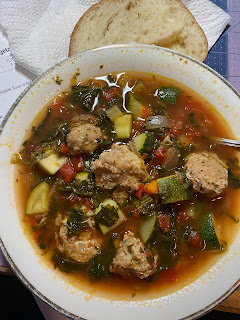 Yesterday after I finished up the keychains I started working on the basket of fabric pieces I had set aside to make some zip bags out of. Still putting them together. I had to go to bed and left this big pile. 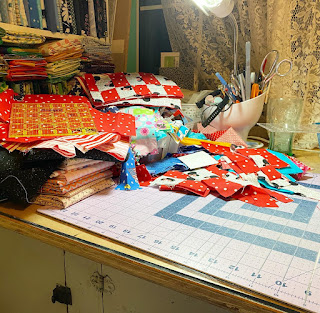 And the Sunday night I should clean this before I go to bed because I have to work here tomorrow pile that I never put away.
Side note, anyone think it is weird that the monitors go into sleep mode but then wake themselves up on their own occasionally? Kind of creepy. 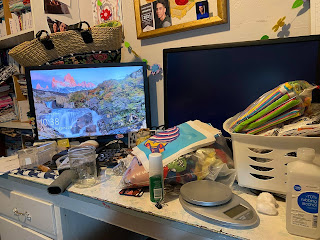 I sold a few mug rugs on Etsy this weekend so need to package them up. My boss worked yesterday so I have a bunch of emails to work on this morning. Onward!
Pin It
Posted by Julie H at 9:06 AM