Good morning (Just checked to see if it is actually still morning haha) happy Tuesday!
Anyone remember when I kept going to bed at 7pm and I was like I so need to stop doing that? Well apparently now I need to stop going to bed at 1am. Sheesh I'm nuts. Last night I started off at midnight but then had to change the bedding because I have naughty animals (TG I bought another comforter so didn't have to go without blankets).  Then of course I had to lay there and not fall asleep for a bit. AND THEN stupid Rusty was doing his heavy breathing pacing shit so I had to take him out at like 1:45. Took me a bit to fall back to sleep again after that. I think I slept for a few minutes.
Crashed out when I got to MIL's house at 6am til 7:30. Had to force myself to get up for work.
Scott likes to leave change all over and I found this quarter on the floor. I have a few books of coins because sometimes that is fun to play with. We have both of the parks quarters books but this one is not a park. I had to look it up. Maybe I'll see if they have a little book for these too. Melissa is the only one that collects them with me. Half the time I can't even see what they say on them now. I will need a big lighted magnifier to add any coins to my books now.
The Maya Angelou Quarter is the first coin in the American Women Quarters™ Program. Maya Angelou was a celebrated writer, performer, and social activist. She rose to international prominence as an author after the publication of her groundbreaking autobiography “I Know Why the Caged Bird Sings.” Angelou’s published works of verse, non-fiction, and fiction include more than 30 bestselling titles. 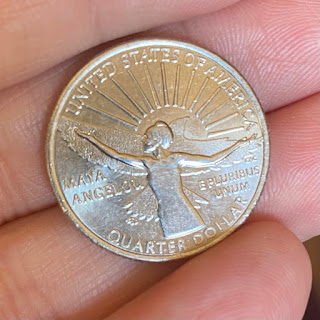 This cracked me up 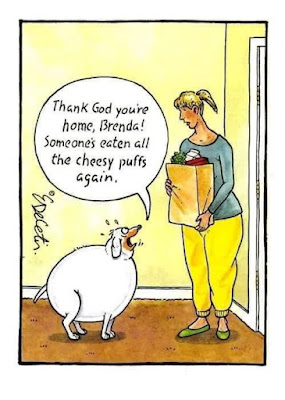 Every day I'm like why is there no chocolate in the house and then I'm like Julie you know why there is no chocolate in the house. If there was you'd eat it all! Yesterday I finished off Ann's birthday cake lol. There are still some cupcakes so those will have to be eaten before they go bad right?
I need to figure out what we are going to have for dinner. I brought some ground turkey from home. Trevor and I went to the store the other day but I didn't have a list so I just bought some random meat stuff. That's the one thing I really don't like buying with Instacart.
I pretty much got caught up on my work emails but this new computer seems to have lost my template for this map program I use. Waiting for my old boss to call me since I went crying to her for help haha. She had made us this shortcut thing that worked really well. I'm so clueless about that stuff, I just knew if I clicked on the icon it worked and now it does not work lol.
(ETA she helped, now just waiting for the shortcut to load on my computer)  Also I can't seem to get stuff to stick to my task bar/short cuts on this thing. Super annoying for stuff you use all the time.
It rained here quite a bit on Sunday and some of Monday. My allergies are starting up. I need to get some Zyrtec D. Might have to run out to the pharmacy today and hope Ann doesn't decide to head for the neighbors.
Scott was talking about bringing her to our house for awhile. I said maybe we can start with trying a weekend. Might try to find a daybed to put in the living room for a bit. Fun... Poor Scott hasn't been home in almost a month and has not slept in our bed since the end of January.
Last night I worked on my cozy project some more, got the Holiday ones all done and now working on the animals. Some day I'll get that done. Watched more of Call The Midwife. One episode was about them making abortion legal, hard to believe we are going back to the dark ages for that again.
Ok off to get a cupcake I mean get back to work.
Pin It
Posted by Julie H at 10:44 AM