Good morning happy work from home Tuesday! I asked to work from home Tuesday and Thursday and it was granted so that is nice. Some home and some away from home lol. Every other day is about when I need both ;)
On my lunch yesterday I went to the dollar store to see if they had anymore of the little Toy Story characters I had got for Daniel awhile back. Jess had said he had lost some and luckily they still had them all! There weren't that many left though so he might be out of luck in 6 months or so haha. I got a few from Nemo and Monster's Inc too for fun. I didn't give them to him yet though. 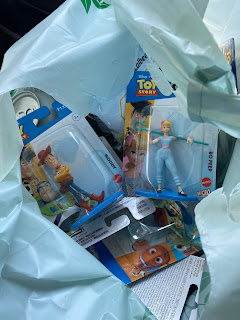 After work I worked on more fabric organizing. Aren't they pretty haha 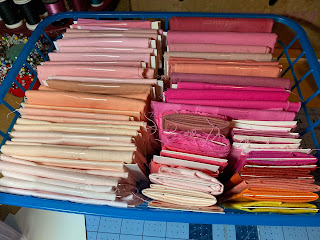 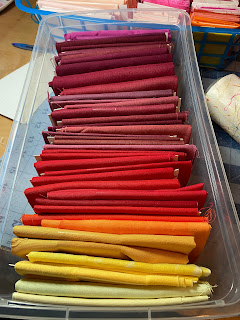 next up is these purplish ones 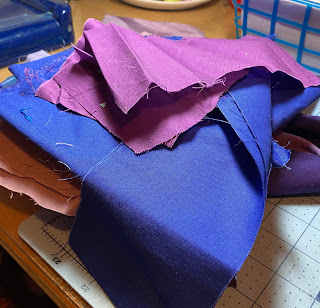 and then the rest of the box, some blues and then neutrals. There is a partially cut up pair of denim jeans in there too so I'll probably cut that into squares. 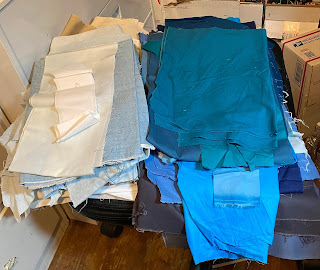 While I was doing that I watched "The Family" on Netflix. Wow. Just wow that explains so much.
We were maybe going to go swimming today but that isn't going to happen since my friend is still waiting for her car to get done being worked on. It is supposed to be 101 today so a nice (not) hot day!
So no plans for today other than work and fabric cleaning up. Hopefully a nice chill day.
Pin It
Posted by Julie H at 8:23 AM