Good morning happy working from home Thursday! I got busy this morning and almost forgot to do a post.
I'm so excited I'm one more payment away from paying off my credit card. I get paid on Saturday so I will pay it off then I think. Next up is my parent loan to pay off. only $3400 left to pay that one off. My credit score went up a lot today too since it finally updated on Credit Karma. It says 1% credit card usage lol.
I've decided it's time to do some sewing and I'm going to work my way through my Disney fabric for my craft show. Starting with A's we have a little bit of Aristocats, Aladdin and Alice in Wonderland. I dug through my box of partially made keychains and pulled out all the Disney stuff and there was a few of Jasmin from Alladin so I've added those to the works. I just need to cut the batting and interfacing to everything and then I'll break out the sewing machine.
Coin bags 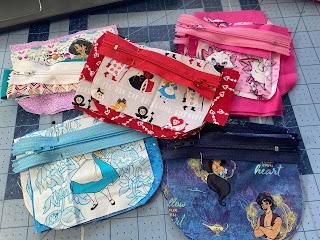 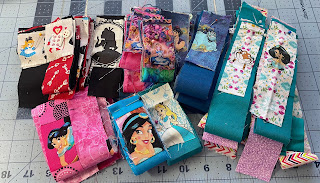 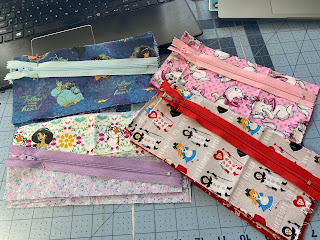 I forgot my purse when I went to work yesterday so my friend Eric offered to buy me lunch. They are building a bunch of stuff down the street from work and it was exciting to see they are putting in another In & Out. Eric said he heard they are putting a Panda Express too. Looks to be like a couple more food places too. Sure beats when all I had by work was Subway, Carls and Jack & The box. 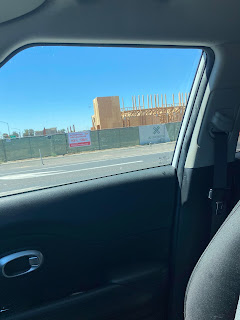 Since I forgot my purse I didn't go to the store after work. Trevor and I went to Panda for dinner. I was standing in line to get Jess something before we went home and looked over to see Scott's clone. He sits EXACTLY like this. 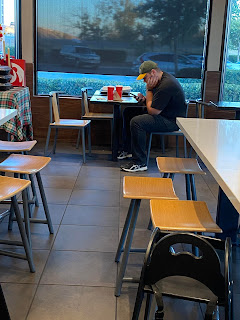 I went over and took Jess food after and played with the babies for a minute. Came home and worked on cutting my stuff out. She sent me this picture later of him playing with the little dollar store toys I got him. 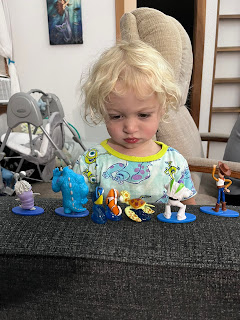 No other plans for today other than doing some sewing and maybe going to the store. I'd rather not drive to town if I don't have to though.
Pin It
Posted by Julie H at 11:02 AM