Tuesday I went with with Melissa's class on their 8th grade field trip to Great America. I haven't been there in years! I know I was pregnant with either Melissa or Trevor but I can't remember which one. So it's been at least ten years since I've been there.

We had to drive ourselves so I drove and 3 other moms went in my car with me. One mom had already bought a parking pass online and another had a handicap placard so we got to park right up in the front area which was great!.

They had a meeting spot set up and moms took turns manning it for about an hour at a time. I had the first time slot and we didn't get there until it was about half way over so I only had to sit there for a little bit.   This was in my view while I was sitting there. 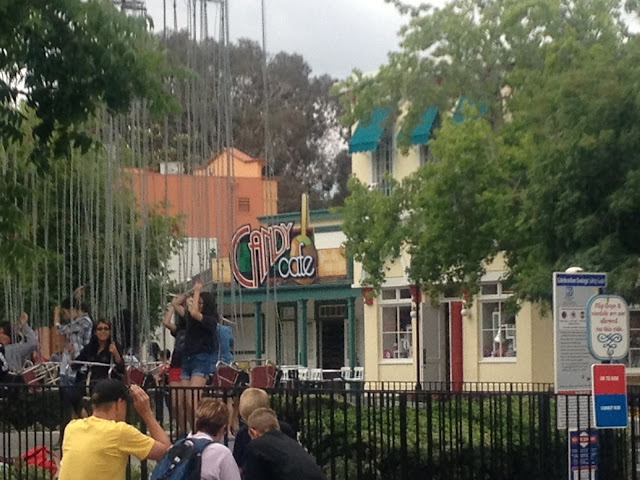 After my time was up I walked around with one of the moms. None of us moms were really into going on rides but we did take the sky tram. 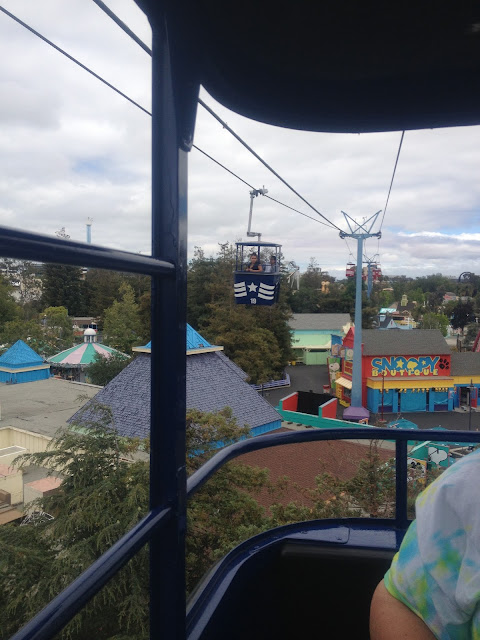 Then we walked back to the meeting spot and she stayed there and I walked around with another mom (who was actually a grandma who takes care of her 4 grand kids). We found Melissa waiting in line for the this tiki ride. It made me want to puke just watching it. 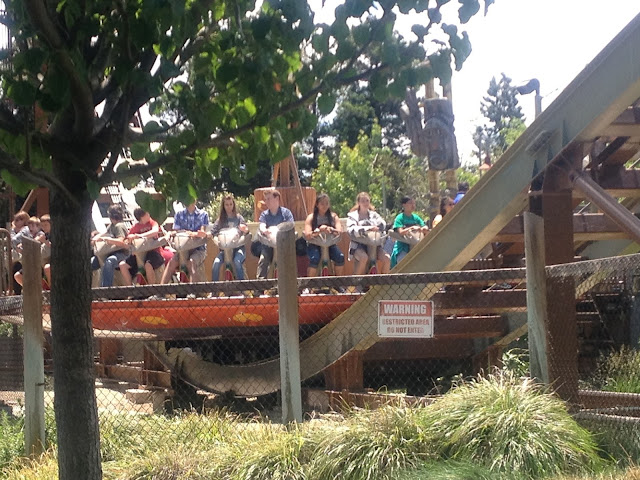 It spun around in circles and then moved up and down a track. yuck.
Melissa and I walked around a bit with just the two of us and had some lunch. Then I went on Flight Deck with her which is really Top Gun with a new name. Guess they figured kids now a days don't know what Top Gun is anymore.  It made me feel kind of pukey but not too bad. Then she talked me into go on the rapids ride. I should have known that all the wet people walking out of it was a bad sign.

This was us at the beginning of the ride. 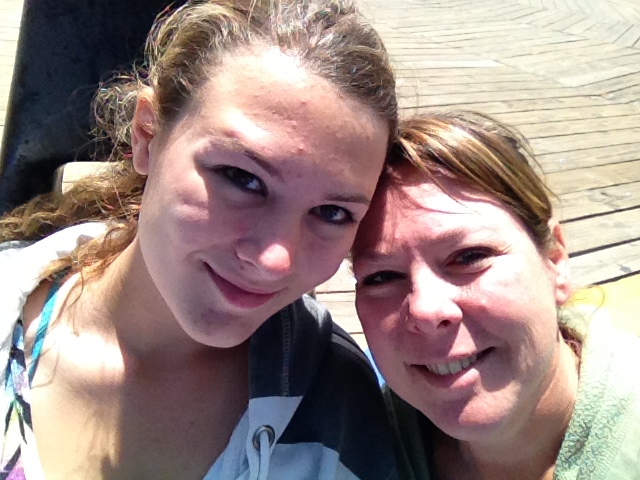 This was me afterwards. 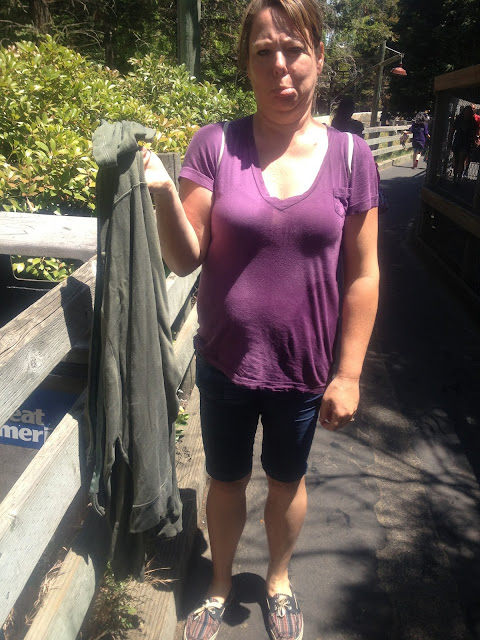 SOAKED to the bone. I pretty much spent the rest of the day sitting in the sun trying to dry off. My sweatshirt was a lost cause. I finally just put it in a plastic store bag and put it in my tote bag (which was also wet). By the end of the day my clothes were finally dry and I was wearing a kid's sweatshirt.

The principal had all the 8th graders get together for a picture before we left. 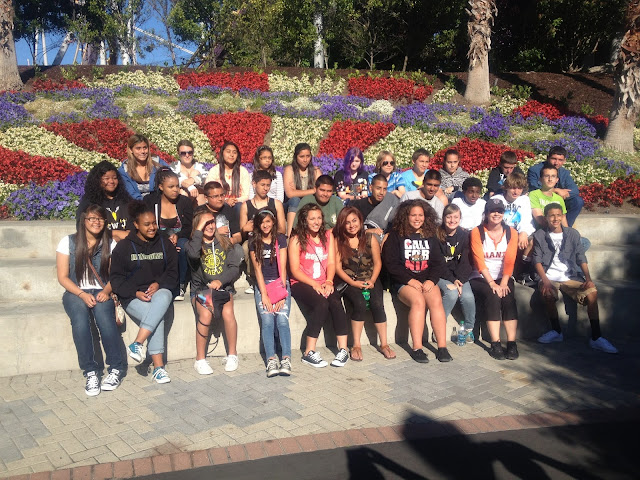 Hard to believe she only has 2 1/2 days of school left and then she will be a big high schooler. Darn kids are growing up too fast!

Looks like so much fun!!! Go you!!! As much as I love a good water rider - I cant stand that horrible feeling walking around in wet clothes all day. HA HA